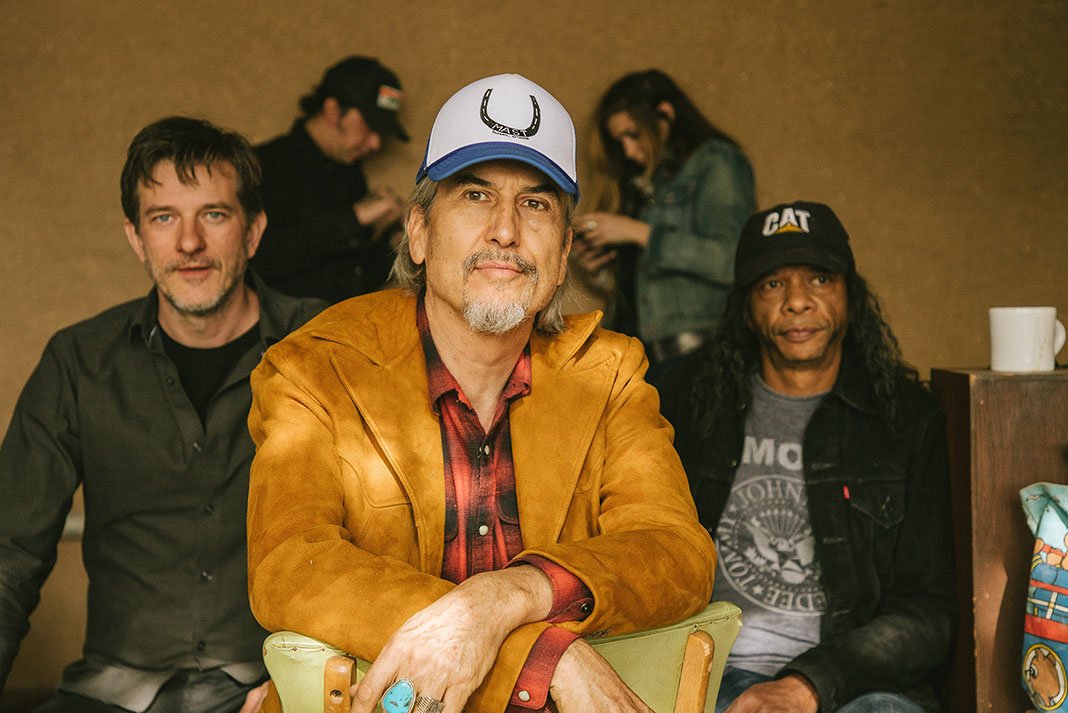 Forming Giant Sand in 1985, Howe Gelb has been able to call upon some of the finest artists in American music to the stage. Wilfully veering between being an unpredictable enigma to a cult inspiration, he’s produced the finest southern-rock ever – but done it all on his own terms. After a two-year hiatus, the band are now back together, and he’s revisiting their incredible Valley Of Rain album. BN1 caught up with this mercurial genius, to try and extract a few answers from him.

Returning from your biggest break since forming, whysuch a long time away and what can we expect from you in 2018?

We were duly notified by the fates to go back to the first album and re-record it as it should have been, with the original line-up and the gear we should’ve had then. It’s like the older me has now can produce the younger me. Last summer, here in Tucson, I discovered the Fender 30 amp. A friend had one and filled me in. I searched for my own for a long time and finally found one in Nashville. That’s when this new album started to happen. That was the sound I needed 33 and 1/3 years ago for Valley of Rain, but destiny is a mutha and if I had found it then everything woulda been different probably. So, whatever. This path has been fine. I’ve paced myself accordingly I guess. That comes to mind when, as a 61-year-old, I’m playing the music of a 24-year-old me. What furthered my intent to dive into the re-recording of it was that the two original drummers, Winston & Tommy, were now living back in Tucson. We tried it once during the summer but i didn’t think it was strong enough yet. But now we’ve gotten around to doing it up more right. Way more right. The way it should’ve always been.

You’ve had a lot of guest singers including PJ Harvey, who have been your favourites to work with?

There are no favourites. Everyone has their own signature. I gravitate to whatever makes me dizzy. And if no-one has heard of them yet, like M. Ward or Grandaddy, then I get a great satisfaction to see the world catch on later.

Can we expect to see more guests on the new album/tour?

I wouldn’t count on it. We are just enjoying each other too much in the band now. We don’t need a soul.

I’ve read that you wanted to put the band ‘to bed’ and ‘end on a high’ so what made you wake up the band again?

Good question. The band woke us up… Screaming. Screeeeeeeeaaaaaaaaming.

Many times I’ve come across you being described as a ‘genius.’ How does that feel?

Well, if I were that smart I’d figure out a way to never to do another interview. I’m not a genius. I’m just hard to figure. There’s a difference. A big one.

Who are some of your personal influences and inspirations?

For this album? X – the band from Los Angeles. It’s a total homage to the way they went about things. Subconsciously the first time and sincerely this time around.

You’re known for your ‘wicked way with words’ and have been compared to the likes of Tom Waits. How do you constantly find inspiration for lyrics and subjects to write about?

It’s more difficult not to.

What are you excited about most on the new album and tour?

The thrust of this band… and beating the hell out of these old songs – See what they can take after all these years later.

So, can we expect more from Giant Sand in the future? Or will this be the last?

Every record is always the last. We play on tour like every night is our last. and in truth it really is. Right up until another night/album happens, this was the last one.