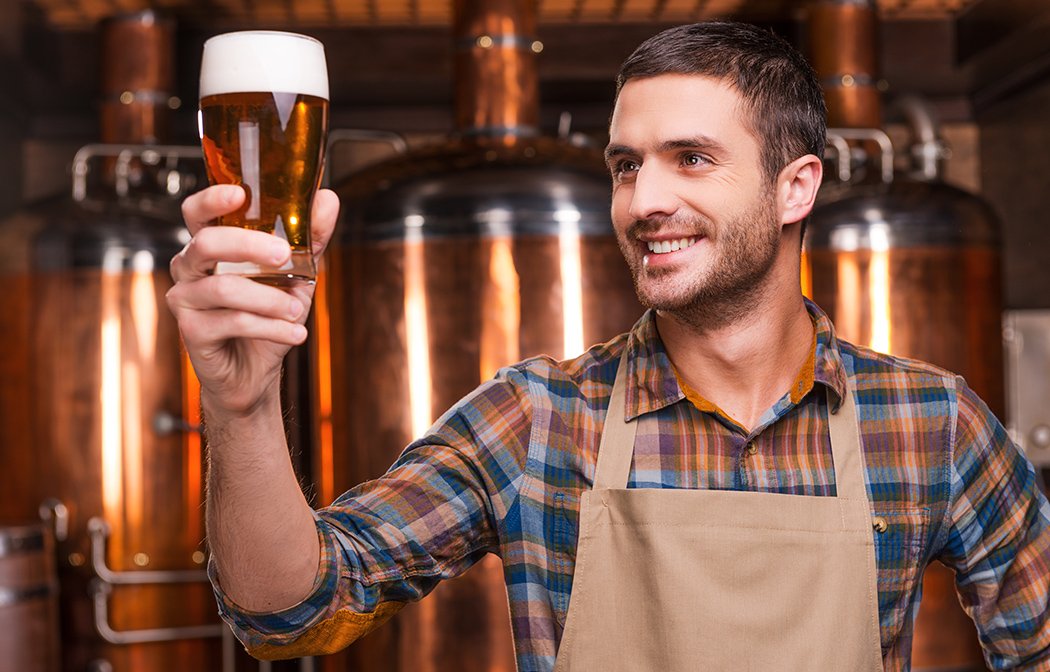 10 of the best craft pubs in Brighton and Hove

With Oktoberfest on the horizon, what better time of the year to celebrate our favourite pubs across the city? Keep reading for our top 10 places to sink a pint… or two.

Known as the original home and birthplace of the Dark Star Brewing Co, the founders have brewed, curated and birthed this local brewery within the walls of this traditional little pub’s cellar, located close to Brighton train station. While it was originally set up to intrigue and supply the beer-loving regulars with new and exciting flavours, demand was soon too high for the tiny space to keep up, and the brewery had to be relocated. Its ethos still brings beer lovers together though, The Evening Star’s authenticity allowing lovers of beer to rejoice in the wide range of craft brewers across the UK and beyond with the seven cask pulls, eight keg lines and wide range of bottle and can selection.

Although said to be the smallest brew-pub in Brighton, with its vibrant yellow walls and red trimmings, it’s not one that can be easily missed. Located at the start of the high-spirited Kemptown village, with the little alleyway of Marine Gardens leading you down towards the seafront, it’s a pub you can easily slip away for a quick pint, away from the raucous tourist-filled seafront. Though curated over 150 years ago, and not growing much since, a brewery can still be found within its walls, now known as Hand Brew Co. The kit still very much follows old traditions using just gravity to move water and mort through the systems without any need for pumps, and is said to be the only brew-pub of its kind in the UK.

Laine’s beers can be seen across many Brighton pubs, but there’s little better than getting a pint in the brewhouse in which it was produced. As you walk in, you are immediately confronted by their wide selection of 24 keg taps, 4 cask pumps and over 80 craft cans and bottles – definitely a brew-pub that knows its stuff. What’s more is that the pumps are always changing too, so there really is always something new to try out! If you are a food and beer fanatic, they also offer beer and food tasting experiences and brewery tours for you and your friends to enjoy and try out their wide selection, and learn about how this independent brewhouse came about. Plus they host a whole range of exciting events happening weekly, including a weekly quiz!

Starting as a family business in Clerkenwell, the Craft Beer Co has expanded to various locations across London and, thankfully, Brighton too. They all share the same simple values: great beer, wines and spirits, exceptional service and to recapture the vibes of an ‘old school pub’. Despite opening varying sites, the ethos is still the same, remaining proudly independent, which the Brighton location endorses too. With their 22 keg lines sourced from across the world, nine cask pumps all brewed from the finest, independent micro-breweries all over the UK and over 200 bottled and canned beers, it’s hardly surprising how popular the establishment is. Craft Beer Co also offers group tasting for those who are completely new to beer, but they’re also suitable for those who already think they know their stuff!

A terraced house located just off the busy Western Road shopping area on Dean Street, Brighton Beer Dispensary comes filled with nine hand pumps and three dispensing ciders on offer. As it’s run by Southey Brewing, there are always at least two beers from Brighton Beer Co and Southey Brewing on their pumps. A brewery from Penge, south-east London, they are known for bringing new world ingredients and merging them with all the traditional styles beer lovers have grown to love. If you fancy a bit to eat, their bar snacks, sharing plates and Sunday roasts on offer are something to shout home about too!

Having started their brewing experience at Hand in Hand, their journey has gone from strength to strength with one value still deeply engrossed: producing great local beer. Brighton Bier believe great beer should be drunk in pubs and taprooms, and for that reason their beer goes into keg and cask with only a small amount going into cans and bottles. With six World Beer Awards and International Beer Challenge Gold medal winning brewery showing their determination to curate great beer. The establishment is opening up another venue ‘Haus on the Hill’ early this month over on Southover Street too, filling the local residents with great beer and another great place to enjoy it too.

Despite only being around for three years, Bison Beer has sure made its mark on the Brighton beer scene, supporting and stocking a wide range of beer from across the globe, with a keen focus on those brewed in Sussex. Starting out with a bottleshop on East Street, Bison Beer has since expanded to Hove with their first bar and bottleshop and this summer have since opened another venture in the heart of North Laine, with their bar and partnered kitchen Humble Plates – all three offering a place to hideout and relax in. No matter what area of the city you are, it’s likely you’ll find Bison beer near-by whether in their bars and stores or canned-spirit at other venues.

Known as Brighton and Hove’s first micropub, The Watchmakers Arms was inspired after the owners Ali and Ruth visited their friend’s venture in the summer of 2013, both of them falling in love with every aspect. As they both left their respective jobs, they overcame mishaps finding the perfect location – but the eventual outcome was truly worth it. The Watchmakers Arms ethos focuses on supporting local independent breweries as well as serving up their own beer too, their on-site microbrewery being set up by Jack Tavaré, producing a wide selection of beers in cask and keg under  the name of ‘Beercraft Brighton’. With support from friends, family and the local community, they’ve been able to create a haven for the community and passers-by.

Back in 2007, co-founders Martin and James could not begin to imagine how their tiny beer business would end up becoming a renowned and respected name in the beer industry. With Brewdog now owning and operating two eco-friendly breweries in Scotland and Columbus, Ohio, the brand is truly recognisable, and Brighton welcomed the brand with open arms in 2015. Located on the corner of Marlborough Place and Kingswood Street, it’s home to 30 taps of craft beer. Filling its customers with good beer and food in a relaxed setting, Brewdog also hosts a number of creative events throughout the month, bringing together Brighton’s creative community.

Out of town (but worth the journey…)

With Brewhouse & Kitchen being Britain’s largest brew-pub chain, it was hardly surprising that one would open up in Sussex soon enough, and with all of the sites offering in-house brewed beers, its popularity has sure grown tremendously. Horsham Brewhouse & Kitchen combines their love of beer and food together, matching each dish to a different style of beer, and many of their dishes incorporating their own brews too – perfect for beer lovers or those trying out beer for the first time. Among their wide range of foodie goodness, the establishment offers the ultimate brewery experiences or food matching trials for you and your pals to try out too, ranging from £20pp – £85pp.