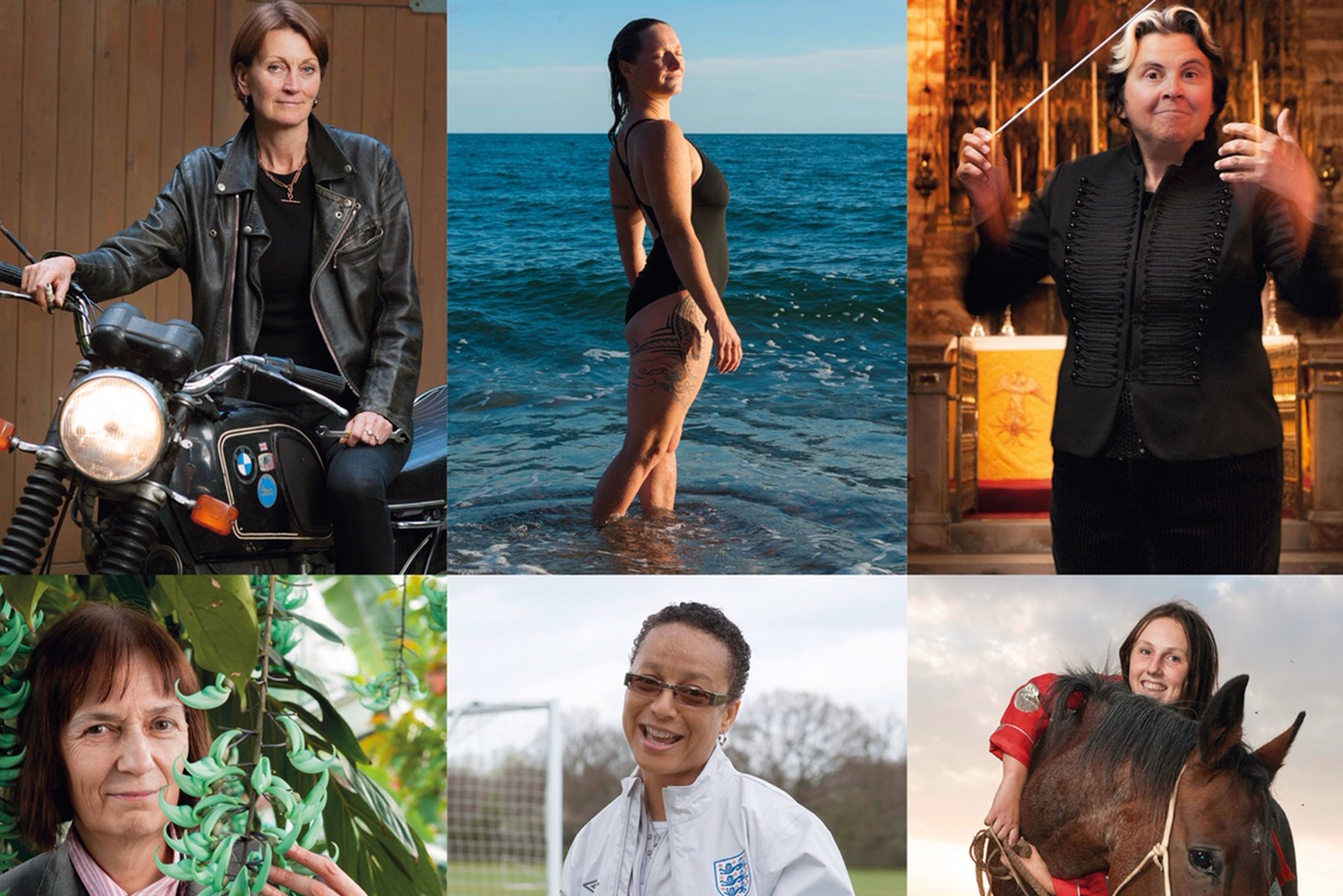 An exhibition presenting striking portraits of 100 pioneering women of the 21st century opens on Sat 15 Feb at Brighton Museum & Art Gallery. 100 First Women Portraits by photographer Anita Corbin is the culmination of her 10-year personal mission to capture the portraits of modern female trailblazers.

Corbin, who has spent over 40 years behind the lens photographing women who defy the norm, has travelled across the country to capture portraits of remarkable women who have broken down barriers and changed the world in an often male-dominated environment.

The visually arresting and thought-provoking exhibition features images of celebrities, famous personalities and unsung heroines from across the decades – ranging from Seventies rocker Suzi Quatro to Olympian Boxer, Nicola Adams, newscaster and Morecambe and Wise star-turn, Angela Rippon to writer and comedienne, Jenny Éclair – through to ‘ordinary women’ doing extraordinary jobs and achieving firsts in their fields, such as Brigadier Sharon Nesmith, the first woman commander of a brigade of 5000 front line troops, Baroness Patricia Scotland, first woman Attorney General, Christine Duffin, first woman governor of a Class A prison (Strangeways) and Megan Swann, first woman to be made an officer of the Magic Circle.

To celebrate the exhibition there will be a series of talks and events open to the public exploring some of the stories of the women in the show and other ground-breaking women in history. Corbin, a renowned reportage and portrait photographer will also be taking part in a free event on International Women’s day at Brighton Museum and Brighton Dome.

Among the Sussex women featured are: 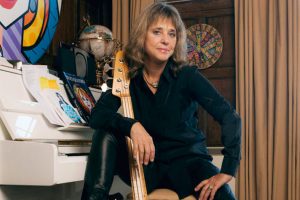 The show marks the centenary of the Representation of the People Act, which granted the vote to women over 30 years old and paved the way for universal suffrage. It is part of a two-year UK-wide tour of the exhibition.

Explaining her inspiration for the First Women UK project, Anita says: “From ages 18 to 102-years old and in fields of expertise covering everything from beatboxing to bomb detection, I wanted to create an impressive visual archive documenting female ability and achievement, fantastic role models, in order to celebrate the impact women have had on our society over the last 100 years.”

“In a long history dominated by notable males, First Women UK asks: ‘what is it about women that can inspire you?’ These powerful portraits of women are intended to provoke people to look beyond the exterior image and contemplate the essence of the woman it personifies.”

All the works in the exhibition are portrait format, displayed as framed colour photographs, over a metre tall, and without glass or mounts: “I wanted the viewer to have a real visceral connection with the First Women”, Anita says.

Anita adds: “I hope this exhibition will motivate, encourage and empower women and men across all ages and backgrounds and help them see that it is possible to break down barriers – whether gender, social, economic, cultural or political – to unlock their full potential.”

Councillor Alan Robins, chair of the Tourism, Equalities, Economy and Culture Committee said: “There are many well-known faces in the exhibition but it also highlights the hidden stories of ‘so-called’ ordinary women and their extraordinary achievements.

“Together the portraits in this exhibition are an inspiration which shows it is possible for anyone of any age, background or gender to break down barriers and be trailblazers in their own lives.”

Change the World: Women in Science

In partnership with Brighton Women’s Centre and Brighton Dome & Festival.

Join Odaline de la Martinez, first woman to conduct the BBC Proms in 1984, as she explores the life of Dame Ethel Smyth, composer and suffragette.

Come on a family adventure with Guinness World Record Holder Sally Kettle as she reveals tales of rowing oceans and climbing mountains. Help her pick out the right kit to take from her adventure suitcase and earn your I’m an adventurer badge.

Join Sally Kettle, First Woman to row the Atlantic twice, Elspeth Beard, First Woman (UK) to ride a motorcycle round the world, and Beth French, First Woman to swim the 26 miles between Cornwall and the Isles of Scilly, for an evening of stories and inspiration. From sharks and broken bodies to hurricanes and heatwaves, these three women share experiences of facing fears, breaking boundaries and the power of inner grit and determination. Unwind with a glass of wine and take the chance to see the 100 First Women Portraits exhibition after-hours.