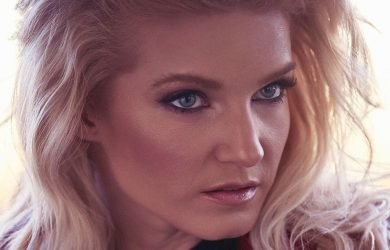 Sleepwalking is the debut album of NINA, a London-based singer-songwriter with a love of everything eighties. I was lucky enough to be gifted the LP, something which I eagerly listened to. Firstly: NINA reminds me of Suzanne Banks, the uber-cool-feminist hero of Caitlin Moran’s How To Be Famous. And the LP is a slick baby pink hue; what more could you want?

Beyond Memory is the opener, and it’s incredibly catchy. It sets up the record well, inviting you in to listen further. (Enough so that I live tweeted it.)

Sleepwalking, obviously, is the title track of the album. It reminds me of Carly Simon’s Give Me All Night, from 1987’s Coming Around Again. It also has a feminine vibe that is perhaps unrivalled in new, upcoming singers; it’s something that’s reveled in.

Next up is Diamonds In The Rough; the first filler of side A, it is perhaps the weakest song so far. It is essential to the album, though. It contributes to how Side B comes full circle lyrically (more on that later.) It lacks the vocal growl that other songs have. 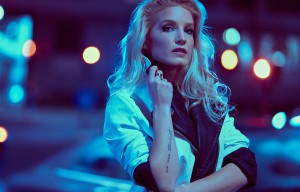 Empire Of Love has the quality of a story being told, vocally pulling the listener away to another place, another time. It’s also something nostalgic, summery, akin to Lissie’s Boyfriend. It’s also the type of song that would be associated with a day at the beach.

Counting Stars is the penultimate song on side A; there’s more of a growl, vocally, and there’s a haunting vibe throughout. It’s made to be performed live, with audience participation.

80’s Girl is the final song on side A. It has an immediacy to its introduction, and the synthesisers create a decent-drums beat. Although slower, its similar to All Cried Out by Alison Moyet. (And it leaves you wondering: is this about anyone? What did they do?) It also acts as a leeway to Side B.

One Of Us opens side B; to be honest, I’m not too sure what to think. It’s not memorable like other songs on the album; it’s a weak opener.

Purple Son has a beautifully lyrical, ethereal quality to it. It’s a song that needs to be performed, it needs to have that added layer to it. It’s also something that everyone could probably identify with at some point.

Born To Live is gritty, complete with a decent synthesiser beat. It also has a catchy hook: “We’re born to live, not meant to die.”

Brighton Music Conference 2020 to be rescheduled

It Kills Me is the second to last song. Its use of a fade in and fade out is effective. It also raises a journalistic curiosity; how was this record made? How were the songs written? How was it produced?

Your Truth ends the album, allowing the album to come full circle. We have had a variety of emotions, lyrical content, etc; it’s the sort of album that should be gifted to all teen girls. NINA is the cool aunt-the one who tells their nieces and nephews about sex, answering their questions about make-up, buying them an ice-cream when they’re sad. The lyrics of Your Truth are also empowering; “I’ll be stronger”, “I’ll be there”.