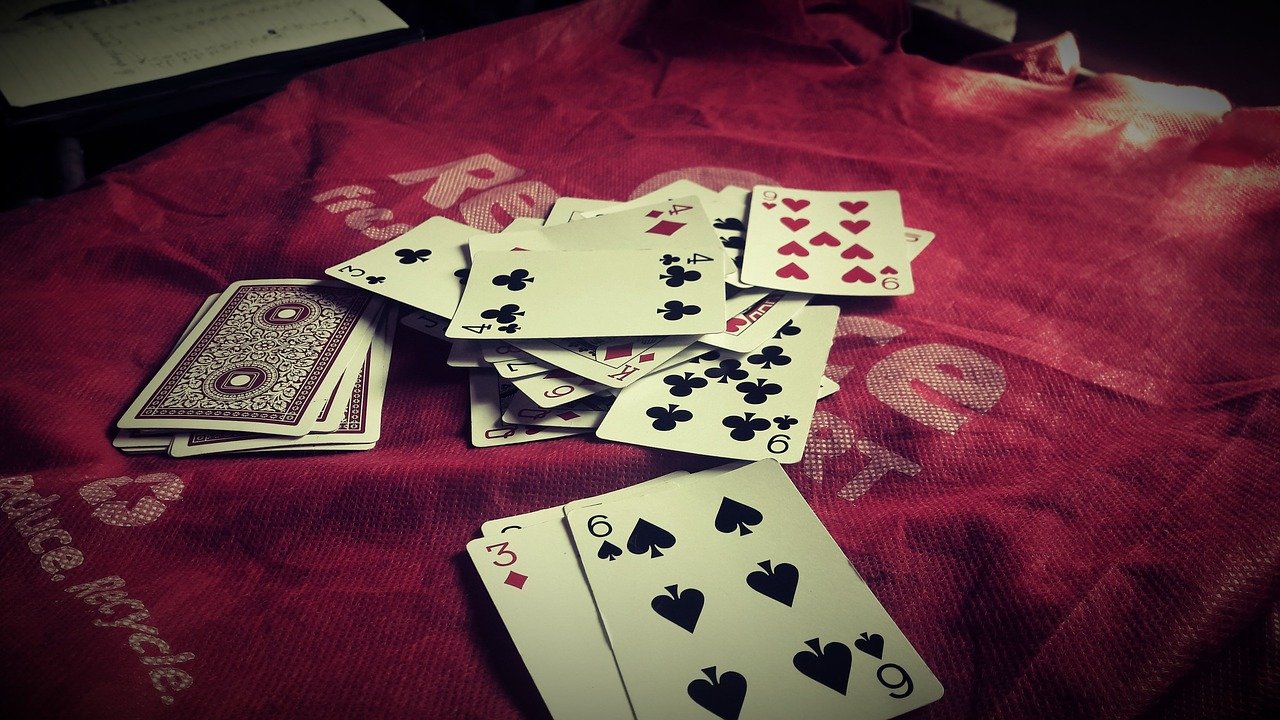 Everyone knows that gambling has probably been around since the dawn of time, ever since two homo sapiens first had a disagreement about who could run faster or bring the most food back to the cave for the fire. These days, gambling is a part of everyday life for a huge number of people. We don’t even have to leave our house to do it, we just open our computers or place a bet on our phones.

Over the course of human history, there has always been a hunger for new games, new ways to bet, new challenges and new ways to make things easier, and each one of these innovations had to come from somewhere. From dice to casino sites, here are just a few of the ways that gambling has been pushed forward.

If you’re looking for the oldest practical element of gambling games, this could very well be it. Records of people throwing sheep knucklebones and betting on which side would land face up can be found from ancient Sumer dating back to earlier than 3000 BC, and evidence of dice was found in Egypt dating back to 2000 BC. They were used in the Americas, in Ancient Greece and Rome, but designs very close to what we have now date back to around 600 BC in China. Many of the earliest examples found were made of bone and ivory, and over the centuries, different designs were created and patented, but it wasn’t until the Renaissance that standardisation was introduced to enforce fair play. You see, it was quite rare that early dice were the perfectly smooth, even design we know and use today, and were often flatter and longer on one side. Interestingly, many of the changes came about due to advancements in mathematics and the use of dice in the study of probability.

If you thought pinning down the origin of dice was tricky, wait until you dig into the mystery of where exactly playing cards came from. Just like games of dice, many ancient cultures had their own variations and many continue to lay claim to being the first to have invented, or at least popularised, the form. However, it’s generally agreed that playing cards originated in the East, with a Tang dynasty game involving paper dominoes a popular choice for “the first.” Playing cards reached Europe in the late 14th Century but they were hand-painted objects and thus rather expensive, meaning that gaming with them was a hobby for the rich. Advances in printing in the late 15th century made them more accessible and over the coming centuries they became a staple of gambling everywhere.

It’s interesting to note that different elements of what we think of as the standard deck come from different countries: the royal face cards were introduced in Italy, the French introduced the four different suits, and the value of the Ace of Spades came from England, where that card was stamped to show that the duty tax had been paid.

Gambling may have been around since the dawn of human history, but the first recorded casino in the Western world was Il Ridotto in Venice, founded in 1638. The Venetian government decided that it needed to take control of its gambling, as private gambling events were springing up (in locations were known as “ridotti”) left, right and centre. Why not build and license a location where these games and spending could be overseen and controlled? The official casino was made up of four storeys with card games and food, and although it was technically open to the general public, the high stakes meant that it was mostly for the rich.

Moral panic over how much decadence and gambling was going on meant that Il Ridotto closed its doors in 1774 but the precedent had been set. Gambling could be found in saloons in several major American cities during the 19th century until states began to outlaw it. However, just as in Venice, control over private gambling was one of the primary drives for its legalisation in Nevada in 1931, where Reno and Las Vegas became the home of casinos and resorts we know today.

Will Online Bingo Advertising be Banned? – Things to Know

Unlike dice and cards, it’s a little easier to pin down exactly when and how online gambling came into being. By the mid 1990s, the internet was becoming a more and more accessible arena and it’s no surprise that gambling was leading the charge. However, laws, rules and regulations meant that it wasn’t until Antigua and Barbuda in the West Indies passed the Free Trade and Processing Act in 1994 that licenses could be granted.

Although the first operational gambling software for the internet was licensed in the Isle of Man in 1994, Lichtenstein can lay claim to the very first instance of money being wagered by members of the public in a manual drawing on 7 October 1995. In 1996, the Antigua-based Intercasino became the first online casino, and the game was on. Whether you want poker, roulette, blackjack, slots, there are dozens of casino sites that offer this selection of games and more, so you can find the perfect one for you. If you want to dip your toe into the world of online gambling, Online Casino’s blog post is a handy list of the best casino sites and will help you find what you’re looking for.

When you think of a casino, you picture lines and lines of slot machines, with dedicated players feeding coins, pushing buttons and pulling levers. All this started with one man, a German immigrant named Charles Fey (born August Fey), whose work as a mechanic in San Francisco led him to create the first modern slot machine. Gustav Friedrich Wilhelm Schultze’s Horseshoe machine received a patent in 1893 with its automated pay-out system, and Fey built his own gambling version in 1894. After he built different machines that proved to be a hit in local watering holes, Fey struck gold with The Liberty Bell in 1899 which became incredibly popular in San Francisco. Competitors took notice and several different machines followed, some of which were created by Fey, but The Liberty Bell is the real inspiration for the machines we still see everywhere today.