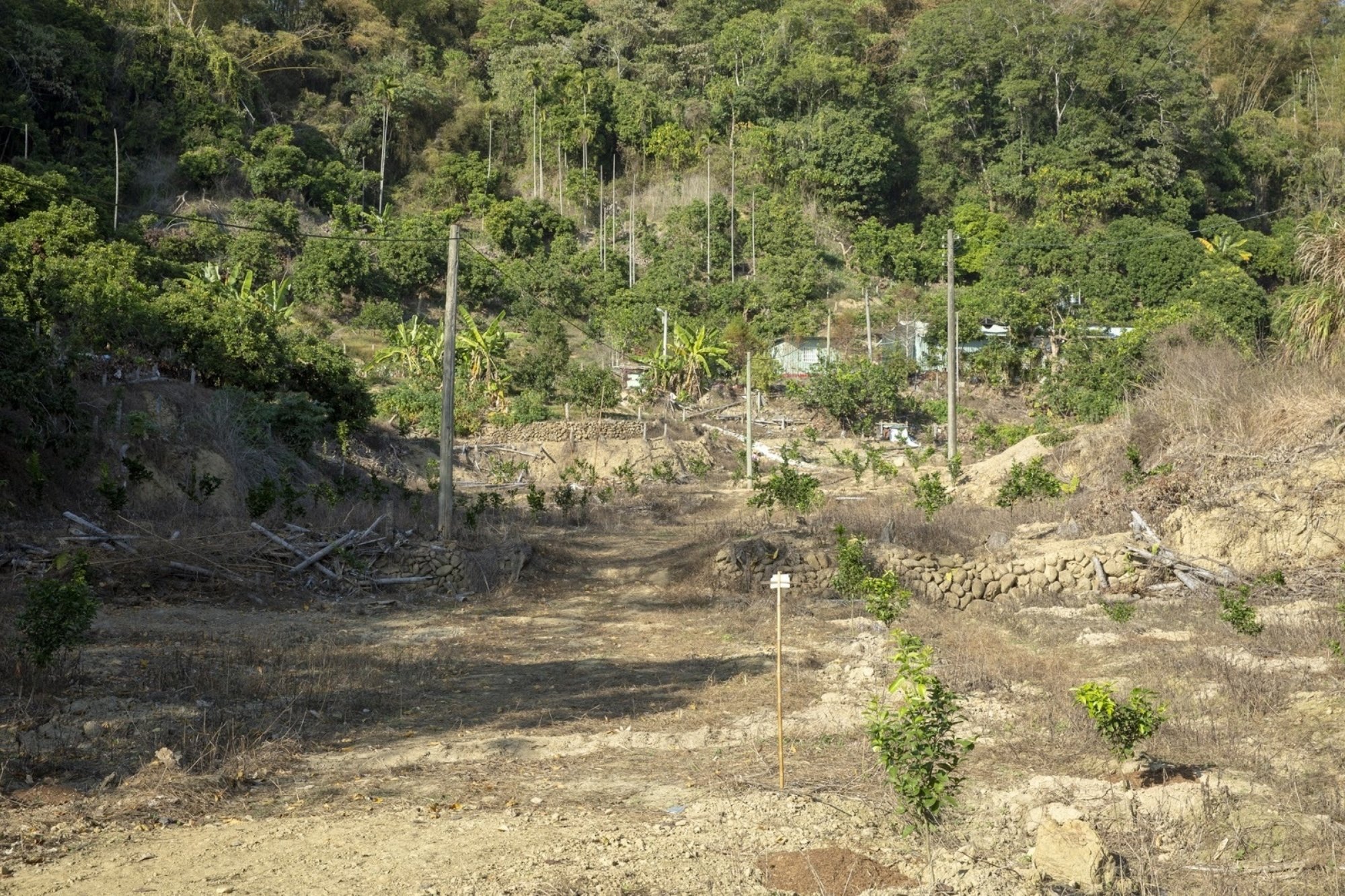 When I spoke to Chris Evans-Roberts from ITHACA Studios about their upcoming sound installation in St Ann’s Well Garden in Hove, I asked him if the speakers were waterproof, because it had been raining non-stop for about a week by that point. He assured me that the equipment could withstand the weather. As the hailstones poured down on the Monday of the installation, I thought about him and his team, and hoped his confidence was well-founded.

I also thought about how apt it was that we seemed to be having a whole world of weather that day – one minute the heat of the spring sun breaking through the clouds, the next minute buckets of rain and hail, followed by at least one rainbow – because the installation was about being immersed in the sounds of different places throughout the world and being whipped away from one sphere of experience to another.

5,000 Miles was open to the public in the sensory garden of St. Ann’s Well Gardens from 25th to 26th May as part of Brighton Festival. It features field recordings from various locations in Thailand and Taiwan. Chris told me how it came together:

“We reached out through an arts project called ‘Cities and Memory’ which has a network of sound recorders around the world who were interested in projects a little bit like this, documenting and recording their local areas, so we have had some great sound recorders who have come on board for the project.”

ITHACA Studios are a Brighton-based group of light artists, sound designers and composers, whose works often feature spectacular displays of thousands of coloured LEDs in public settings. For example, their work Waterfall, part of Kew Gardens’ Christmas at Kew 2019 was a simulation of a waterfall using a shimmering arrangement of mirrored LED spheres draped from top to bottom of the treetop trail.

5,000 Miles was commissioned and produced by Lighthouse in Brighton as part of Digital Democracies, a national project that aims to make artworks available in public settings outside of galleries in technologically innovative forms.

As the first post-pandemic Brighton Festival, it was inevitable and vital that the artworks within it reflected the disconnection we have all been struggling with over the last year, and Chris explained that this was one of the central themes of 5,000 Miles.

“What we’re really trying to do with the piece is highlight a bit of a juxtaposition between where we are – the local environments we inhabit – and the communities around the world that people haven’t been able to travel to, and that people are a little bit more isolated from.”

Though the sounds used in the piece are mainly ambient soundscapes taken from different environments, there are also testimonies from the people who inhabit those spaces.

“We have some interviews in there as well to give some context to the spaces,” Chris said, “so that as people listen to a sound we also want people to get a feel for the culture and community, and how those spaces have been important to those communities, and what the impact of the last year has been especially, how those spaces might have changed, what they mean to people. So those are the things we’re really trying to use to add another layer, to bring context into the installation, so that people can not just step into the sound but also try to step into what it means to people as well.”

When I go along to see the piece, the stewards at the desk are enthusiastically inviting passersby into the installation, which, tucked away in the corner, could easily have been missed. By this time, the rain has finally stopped and the gardens are greener than ever, with the birds singing in full voice, as if in celebration.

As we enter the pergola at the end of the garden around which the 18 speakers are deployed, our local birdsong segues seamlessly into the wildlife sounds of other far-off places. We hear the dawn chorus of the Nanatou mountains and the bells of Lungshan Temple in Taiwan, the street sounds of downtown Taipei, then into Thailand for the ambience surrounding the Doi Suthep Temple and then a bustling town.

We also hear the testimonies of a resident from each country talking about what these places and sounds mean to them. A visitor to the Doi Suthep Buddhist Temple in Thailand describes the importance it holds for her: “Many times when I feel upset or I feel something is not right in my life, I have to go to temple because it means something to me – it means a lot sometimes.”

Being immersed in these crystal clear 360 degree sounds and hearing of the importance they hold for the people experiencing them first-hand, provokes an awareness of the therapeutic powers of being in our own park, amongst the rain-nourished greens and the birds singing, the over-curious dogs nosing in our belongings, the kids playing football, the man with the barbecue sharing his food with us.

If the piece were in a gallery, it would make you long to travel, but being in these familiar surroundings with such an organic connection to places so far away feels comforting, as if the roles could be reversed and our English park sounds and stories could be just as transporting for someone else on the other side of the world.