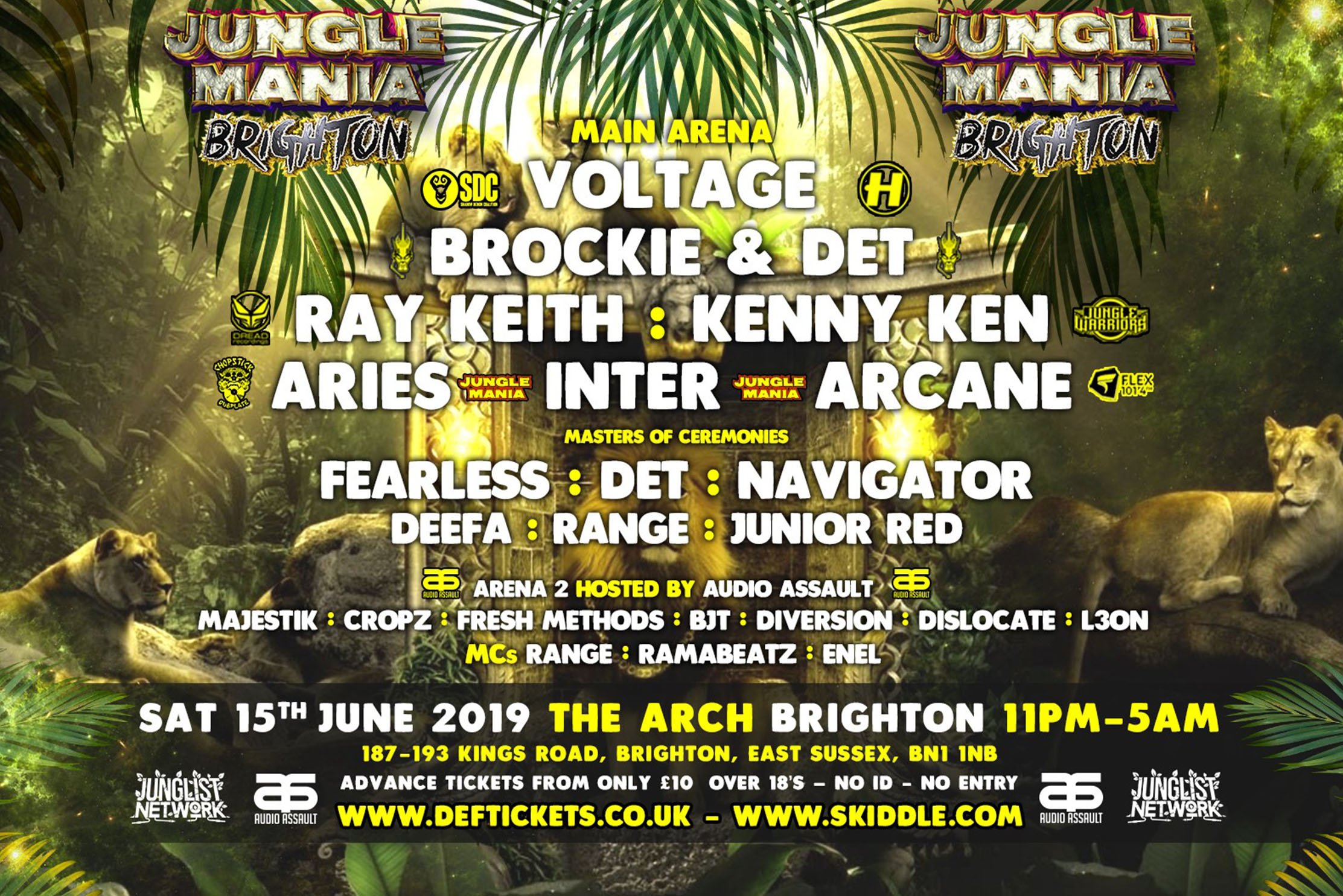 Jungle Mania returns to The Arch

Jungle Mania, a long-time provider of top tier Jungle raves, has seemingly avoided the effects of old age and is showing no signs of slowing down on its onslaught of star-studded shows. With a name that’s been around from the early days of the genre’s inception, it is no wonder Sat 15 June is shaping up to be a colossal combination of old and new artists coming together to provide a wholesome Jungle experience set to incorporate years of Drum & Bass.

Having been a staple of the scene all over the UK, the Jungle Mania name has a proud history of legendary nights and for good reason. The brands vibes were first felt by ravers lucky enough to be around the London Astoria and the Island in Ilford for their original run of successful events. Due to its huge popularity, their shows have now become a regular feature at the Arch these days. Having started in 1993 it’s clear that the consistency and quality of events Jungle Mania has provided over the past 26 years is incomparable. You need only look at the DJ’s and MC’s performing this Saturday to see the spirit of the original Jungle sounds of the 90’s, which have been imbedded in every single one of these nights and gives this series it’s loyal fan base.

It’s important not to forget that this evening’s entertainment will feature such plentiful Jungle Drum & Bass rhythms and riddims, incorporating both the newer and older sounds that are currently gripping the scene by the throat. Making for a night out that will not let up, not even for a second, well, minus the occasional pull up.

Nick Cave at Brighton Dome – Q&A as an art form