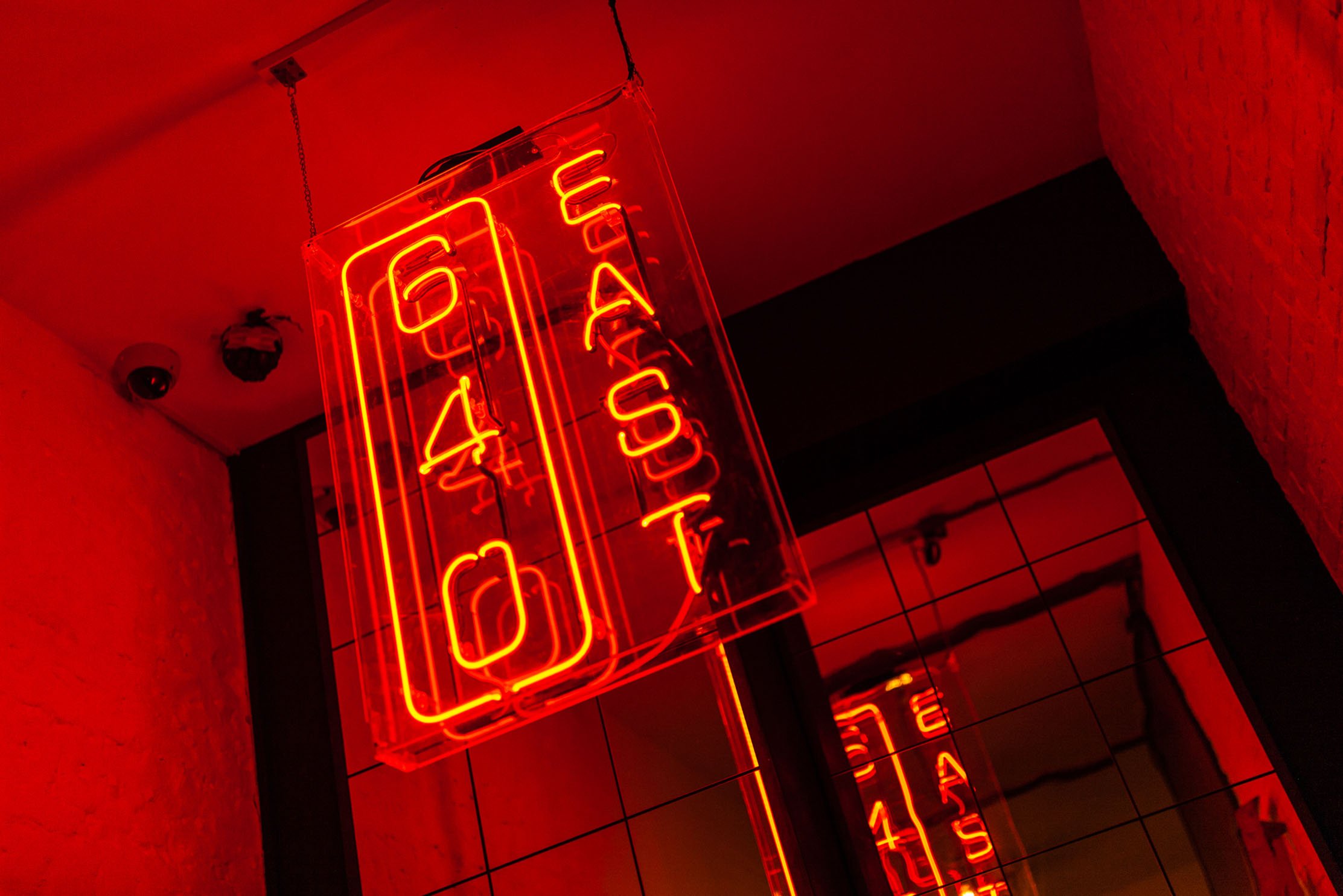 Upon arrival, and being told I was to indulge in an 8-course feast, my first thought was one of regret: why had I chowed half a pack of Jaffa Cakes that afternoon? I needn’t have worried. The food was of a standard that made the fullness of my belly inconsequential – I could’ve just eaten a whole horse (I believe Findus are still in business…) and I still would’ve devoured every morsel.

We’d been invited to The Syndicate Kitchen’s SKINT dinner, taking place in the North Laine’s new 640 East in its freshly refurbished iconic venue, 39 Upper Gardner Street. The restaurant morphs throughout the day, offering coffee and breakfast in the morning, light lunches and bowls by day and small plates by night, doubling up as the perfect space for local chefs to bring their pop-ups to. All in a sophisticated, stylish surrounding with an emphasis, driven by owners Ross and Alice, on upcycled materials. 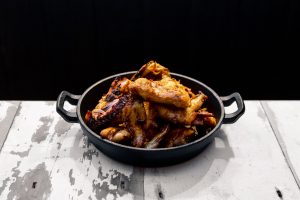 The concept of The Syndicate Kitchen’s SKINT dinner, ideal for indigent Januaries, is to offer the kind of extravagant dining experience without the extravagant price tag normally associated. They succeed in doing this by foraging the Sussex coastline and countryside, and using less popular cuts of meat, and adapting to any kitchen they use. For this event, they added flavour to some of the dishes by making full use of 640 East’s large open fire, a real feature and talking point of the venue, visible as it is in the open kitchen. Consequently, for just £25, diners were treated to a high-end 8-course tasting menu in an atmospheric and welcoming setting, that made us forget all about the January blues.

Looking at the 8-course menu was as mysterious as it was appealing – I knew what the words meant individually, but had never seen them in that order before, so never had any idea what to expect from the next course. For example, the first course was BBQ Alexander Bud, Spicy Sauerkraut and Sour Cream. It turns out the Alexander Bud, also known as Smyrnium olusatrum, is an edible flowering plant of the Apiaceae or Umbelliferae family. (OK I knew that one, obviously!) What that meant on a plate, was a smoky, spicy starter that set the benchmark mighty high for the rest of the meal.

This was swiftly followed by a Trout Belly Baji served with Three Corner Garlic. The combination was somehow both exotic and familiar, and was a great example of how the rest of the meal went – either ingredients I’d not had before, or ingredients paired with others in combinations I hadn’t. Such as the Salt Baked Celeriac with Cheese Rind Sauce and Babbington Leeks. I’d always been of the opinion that celeriac was a filler ingredient, used to pad out a meal but never actually adding any flavour or depth to it. I was delighted to be proved so wrong, as this clearly misunderstood (by me) root veg was spectacularly brought to life, perfectly accompanied by the mature cheese sauce.

Other courses included a Grilled Anchovy Flatbread, Wild Sea Vegetables with Strawberry Top Vinegar, Coal-Baked Meringue with Pickled Cranberries and Gram Biscuits, and a final bonne bouche of Wild Hop Soaked Sponge, a perfect way to finish off such a nectarous feast, with the texture of a miniature lemon drizzle cake.

However, the highlight of the meal for me (and many of the other diners) was the Jerk Ox Heart and Sweet Potato. This tender, incredibly lean meat, served in a reduced sauce, was jam-packed with flavour, rich in spice, and was cut through perfectly by sweet potato crisps.

Beyond its deliciousness and the huge variety of each course, the excitement of such a meal, was that I wouldn’t in a million years be able to produce any of the dishes at home. The ingredients and combinations are such that I’d never have dreamt them up, let alone have the skill required to turn such diverse ingredients into such a thoroughly enjoyable banquet.

As well as playing host to Michael and his team at The Syndicate Kitchen, 640 East complimented the menu with a comprehensive range of wines, craft beers and bespoke cocktails created by their extremely knowledgeable barman, David. As part of my selfless research I felt it only prudent to try out their cocktails, and part of my rigorous investigations included being treated to a Candy Drop: an almost dangerously delicious cocktail, it was sweet and refreshing and tasted like a Pisco Sour made by Willie Wonka.

Introducing the New and Improved Sportsman!

This was a wonderful evening of exquisite food and drink, in a magnificent setting. Whatever your reasons for visiting 640 East, whether it be another SKINT evening, any of their other many events collaborating with other local chefs, or to enjoy a Buddha Bowl over lunch, you’ll be made to feel welcome by their charming team, and come away sated and smiling.