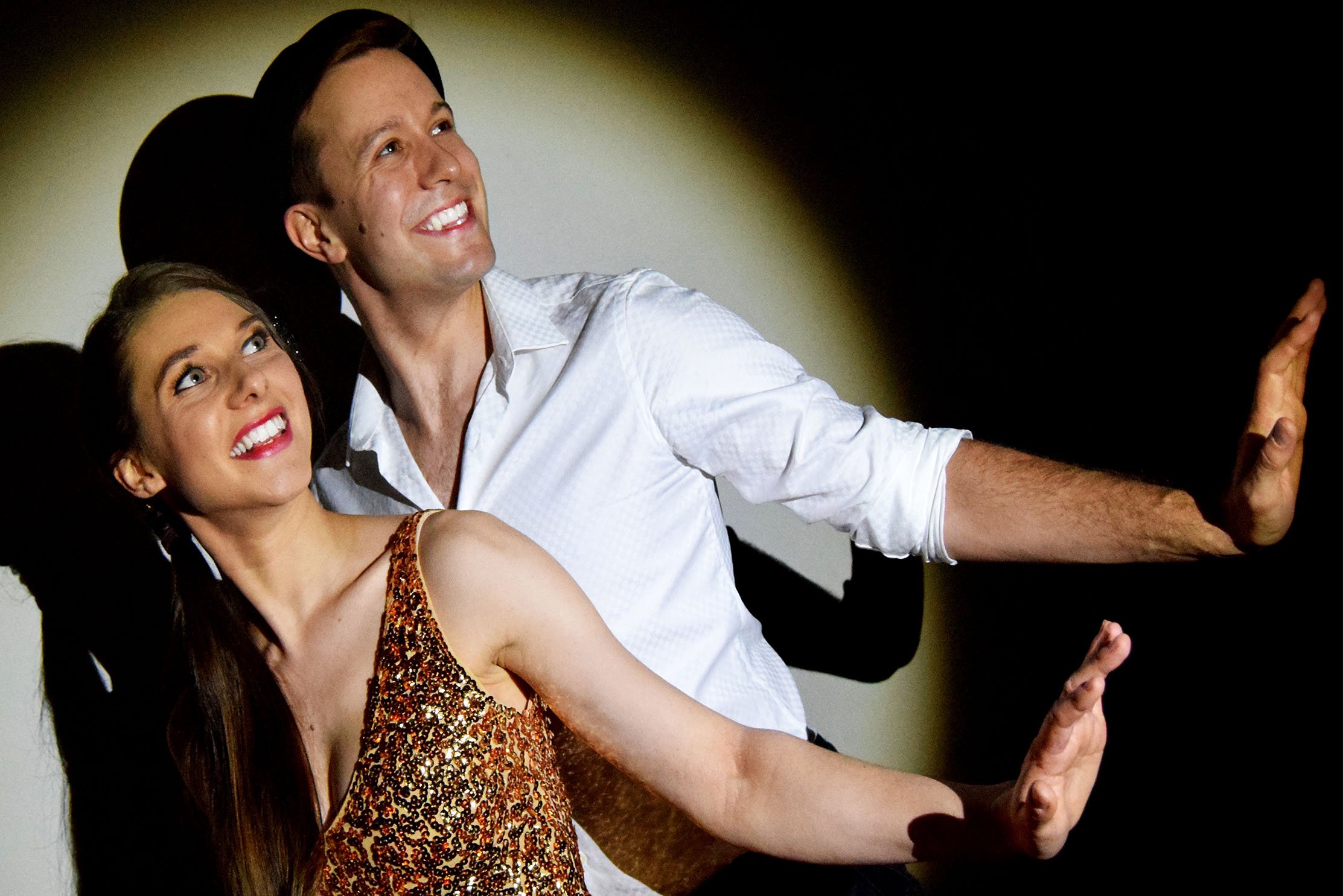 A glittering whirlwind through song and dance featuring fabulous singing, exhilarating dance and some backstage stories, Two Singular Sensations is sure to leave audiences beaming. A must-see for musical theatre fans and all those craving some joyous escapism, this wonderful show comes to Brighton’s The Warren Outdoor Festival on Mon 14 & Weds 16 Sept.

Presented by Brighton-based Edwin Ray and best friend Emma Jane Morton, this one-hour musical theatre revue is a feel-good celebration of musicals throughout the years – linked together by a friendship and a lifelong commitment and passion for all things theatrical.

The show is jam-packed with inventive and energetic choreography, many live instruments and a genuine love for song and dance from some of our most beloved West End and Broadway shows; From A Chorus Line to Anything goes, Ghost to Half A Sixpence, and of course a song about a very special Pineapple – you’ll have to come and see to find out why!

“Two Singular Sensations is a love letter to all the musical theatre and dance lovers out there,” says creator, choreographer and performer, Edwin Ray. “We find ourselves in a desperate situation in theatre land due to the pandemic, with our theatres dark and many of us freelancers left with little or no support from government, so we are constantly having to find ways to keep singing and dancing for audiences who crave that escapism! Having lost all our work overnight I felt like Judy Garland or Mickey Rooney in an old MGM movie saying: ‘Let’s put on a show.’ So… we did”

Edwin has toured the world in many shows for Matthew Bourne’s New Adventures, including leading roles in Nutcracker and Cinderella. He has performed at Glyndebourne opera house, National Theatre London, UK and International tours and West End theatres in musicals such as Follies, Mary Poppins & Priscilla Queen of the desert. He was due to be Dance Captain on Hello Dolly, staring Imelda Staunton in the West End this summer, but was postponed due to the pandemic.

Similarly, Emma Jane Morton is one of the UK’s most sought-after Actor musicians, and has enjoyed huge success in major West End, UK tours, and regional venues including The Watermill. Credits include Dreamboats &Petticoats, Crazy For You and Sweet Charity.

She was most recently seen in the West End production of Amelie and Camelot at the Watermill. “We made this show so the world can leave their worries at the door and enjoy an hour of pure escapism and joy. With so much heaviness going on at the moment, it’s nice to be entertained without having to think too hard”

Tickets begin at £24.50 for 2 people and each table can seat up to six people from the same social bubble, making tickets less than £10 each. But book quickly whilst early bird offers last.

Two Singular Sensations can also be seen at ALFRESCO, which is London’s Waterloo East Theatres new pop-up open air venue, on Sat 19 Sept (7pm) All tickets are £12 and can be bought at: www.waterlooeast.co.uk/alfresco