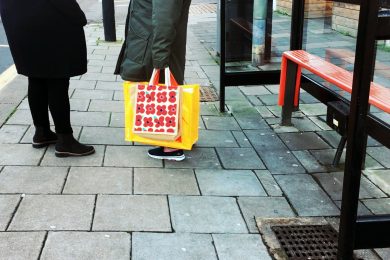 Carrying Us looks at our relationship with the high street

A new short film is exploring the past, present and personal of Brighton’s high street through spoken word and video collage. Carrying Us is an audio-visual commission from Historic England. It forms part of their Future of the High Street series, which looks at changing attitudes to modern public space.

Created by Elsa Monteith, Hazel Davis and Adam Laurence, all part of Lighthouse’s influential Young Creatives programme, Carrying Us is an cinematic patchwork which charts various attitudes and expectations around our iconic public spaces. It combines archive material from Screen Archive South East with spoken word and a vibrant soundscape to imagine the high street as a vessel – a container of both commerce and community – 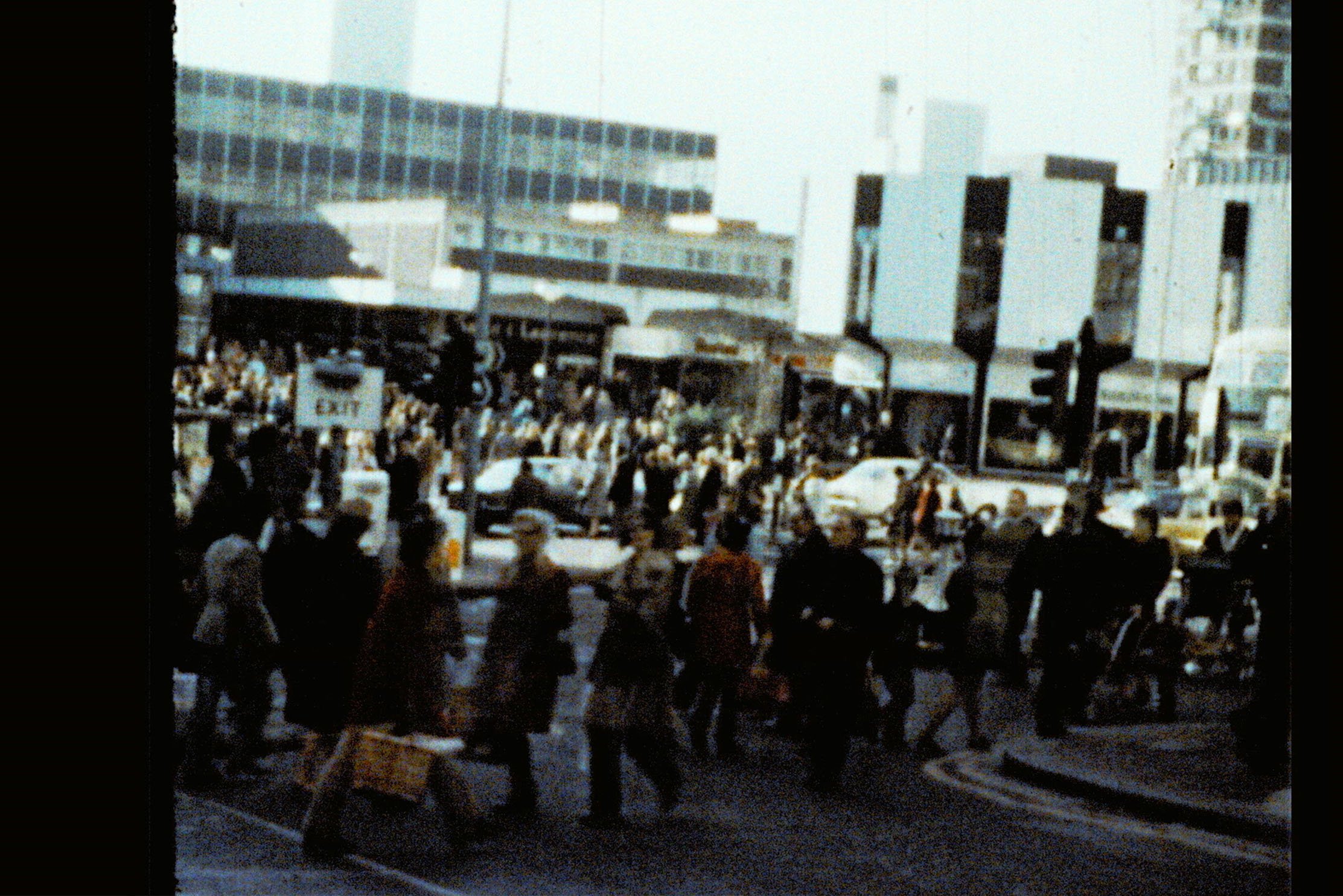 As first-time filmmakers, the trio were guided through the process by their Story telling mentor Kitty Wallace and supported by Lighthouse to produce the film.

The concept of the film is focused on the idea of containment, inspired by their collective interest in The Carrier Bag Theory of Fiction, by author Ursula Le Guin. Through viewing the High Street as a vessel containing both business and community, their film follows a journey into the high street via bus, and explores 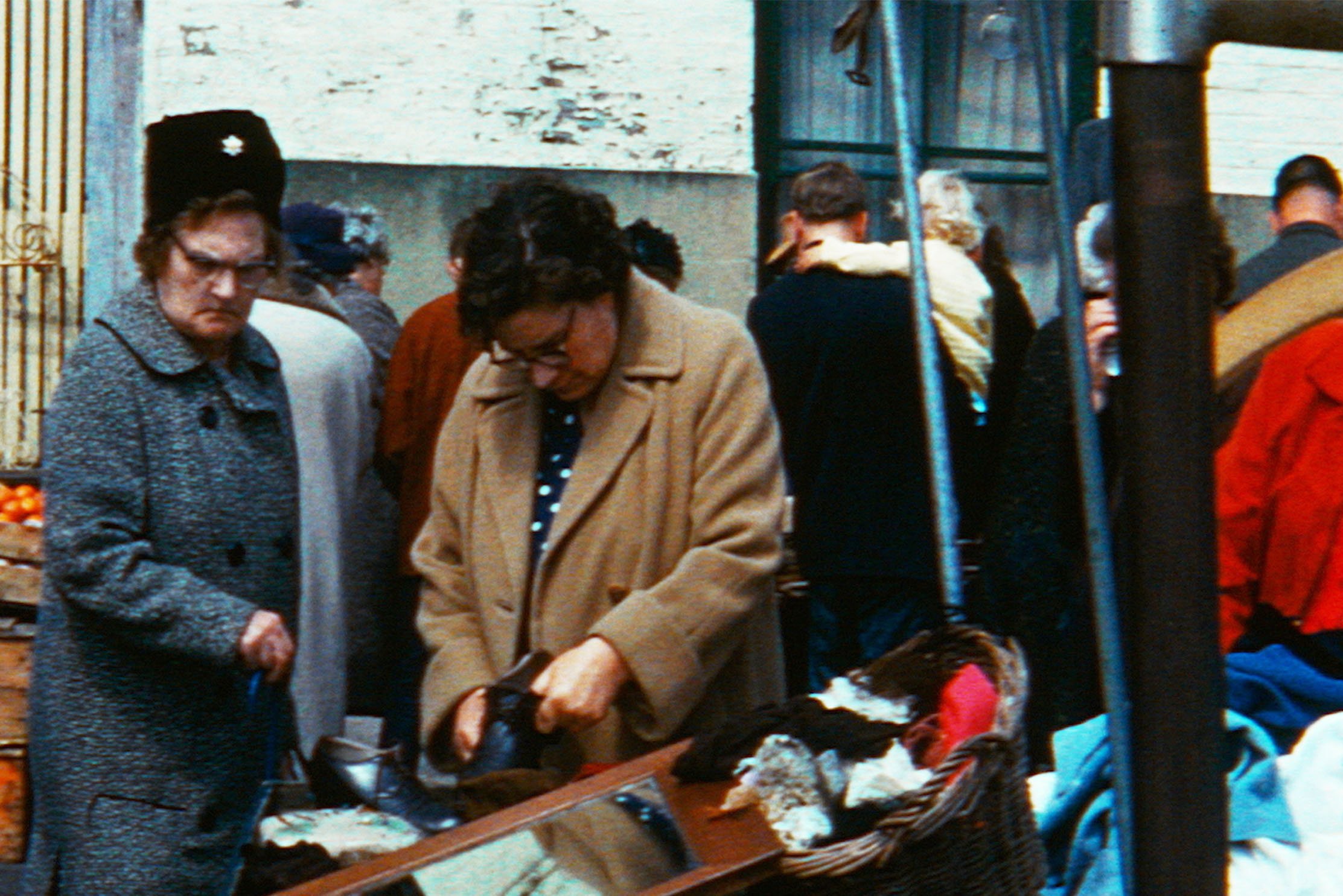 As Carrying Us is released, we speak to Elsa, Hazel and Adam to discover more about their vision for the project, their work with Lighthouse and the changing face of Brighton & Hove’s city centre.

What was the brief from Historic England for their Future of the High Street films?

Adam: The brief was quite straight-forward and open-ended: make a film about the future of Britain’s high streets. It has been amazing to see how varied the response has been to this brief from other filmmakers across the UK, and it really speaks to the multitude of opinions that exist on the issue. The three of us all came into the project with our own thoughts on how we might approach the task, but through the process of collaboration our ideas became neatly woven together. I’m grateful to Historic England and Lighthouse for giving us such flexibility in the making of the film, it really was a case of them asking what we wanted to do!

The film’s use of archive footage from Brighton through the ages is highly evocative. Was the intent to reconnect the viewer with our history?

Adam: Absolutely. While the brief was to create a film about the ‘future’ of Britain’s high streets, we felt we needed to look back in order to look forward. As Elsa asks in the film: what is it we want to take forward from the past, as well as discard, in a future for our communal hubs that speaks to the values of interdependence and togetherness that we hold dear? Something we collectively established at the outset of the project was our desire to not be overly nostalgic about the past. Nostalgia has value and is a powerful tool we can use to access those elements of the past we want to carry forward, but it is equally dangerous and disruptive to progress.

While not immediately apparent, the dynamic soundscape on Carrying Us is reminiscent of a busy urban environment. Was this intentional? How difficult is that to achieve without simply mixing in field recordings?

Adam: I really admire something Ryuichi Sakamoto once said about his early film score work. For Sakamoto, film music should integrate itself within the visual landscape, rather than attempt to be ‘music’ on its own. Our Sound Designer, Alice Boyd (@alicebhboyd), responded to our musical direction incredibly. For us, the goal was to evoke the energy of the urban soundscape without directly using sounds from it at every turn. There’s definitely a lot of ambient sound in the background of the mix that we took from field recordings of urban spaces, as well as some more acute and layered car noises, but we felt that the role of the sonic content was to amplify the energy from the narrative and poetic content rather than attempt to sing its own tune. Alice combined these organic field recording elements with her own synthesised tones to create a piece that is at times arresting, peaceful and meditative.

Did making the film change any of your preconceptions about Brighton and its ‘high street’?

Elsa: We wanted to present the high-street as a shared space, connecting people with the places that underpin their identity and outlook. Our understanding shifted from one of judgement and frustration to tentative optimism. Brighton is a city rooted in progress, a political process that requires persistence from generations of change-makers. There is a thriving undercurrent of youth-led movements working tirelessly towards a better future for our city locally, and community globally. The film gave us an opportunity to examine this, to deconstruct our preconceptions, and to build up a fresh and hopeful vision for our collective future.

The spoken word work across the film is profoundly engaging, as it uses snapshots of experiences to create a sense of belonging, instead of explicitly charting a narrative. Was this the intention from the start, and how would you compose something that ambitious?

Hazel: Our intention, through dealing with themes of time, history, and preservation, was to reject chronology. We wanted to suggest that our interaction with public space is a shifting relationship that depends less on years passed and more on the context of the current moment. Social attitudes don’t ‘improve’ on a steady, linear, temporal gradient: they’re pushed and pulled by movements and counter-movements; they’re repetitive, reminiscent, or surprising. To avoid charting too much of a narrative, our writing process involved breaking down our concept into questions: who and what is in this space? Who is excluded here? We structured our narrative around tone, not story: working roughly from the more sentimental, into the more gritty and uncomfortable.

Did your experiences with Lighthouse help inform your work?

Elsa: Lighthouse is an active demonstration of an arts organisation engaged with its community, a direct inspiration for a Highstreet closely connected with it’s arts scene. Our experience was centred around sharing – we were provided with a digital space to air our ideas and ambitions, we were listened to and taken seriously as young creatives, and we were supported and encouraged to complete a project that reflected the invaluable resources we were given. We can’t thank Lighthouse enough for their guidance, kindness, and incredible production lead, it was an amazing experience both personally and professionally.

Is there a need to reassess how we view public spaces in this country? Are designers and planners really serving the needs of the population?

Elsa: Public spaces provide a point of access into the arts, physically drawing together community and commerce into a people-driven, innovative destination. Designers are starting to shift their vision and ambition to optimise the high-street and it’s potential for connection through public art and those who facilitate it. As I understand it, it’s a case of decentralising public spaces, making every high-street or byroad an opportunity for positive engagement and intergenerational connection, regardless of demographic or location. It’s political, and needs to move beyond the wealthy streets of gentrification into marginalised communities and those underrepresented in the city.

Can art help generate a stronger sense of community?

Hazel: I think the arts are essential to our collective wellbeing, because of their communicative, therapeutic, and expressive qualities. I think when an individual is offered catharsis via self-expression, it benefits the whole community. I think that coming together to create strengthens our interpersonal bonds. And I think art that deals with difficult themes is essential to keeping activism at the front of a zeitgeist. I think art at the moment is standing on a bit of a double-edged precipice: simultaneously stifled by commodification, censorship, and the limitations that the daily struggles of a working class freelancer impose upon the creative process. We’re funnelled into using art for personal gain: we’ve got rent to pay, jobs to do, selves to market. But it’s also enriched and driven by that imposition: I think it’s an unfortunate truth that art can thrive under anguish. I think people need to be conscientious at the moment with what they create and how they create it: are you aware that your art exists within the real world, where there are real consequences? Are you using it to subvert or comment on the things your moral compass rejects, or does your outpu xist comfortably within the social frameworks that are greatly reducing the quality of life of entire demographics? Art strengthens community when the artist chooses awareness, intent, and community. We can weaken our community when we do anything thoughtlessly – art is not exempt from this.