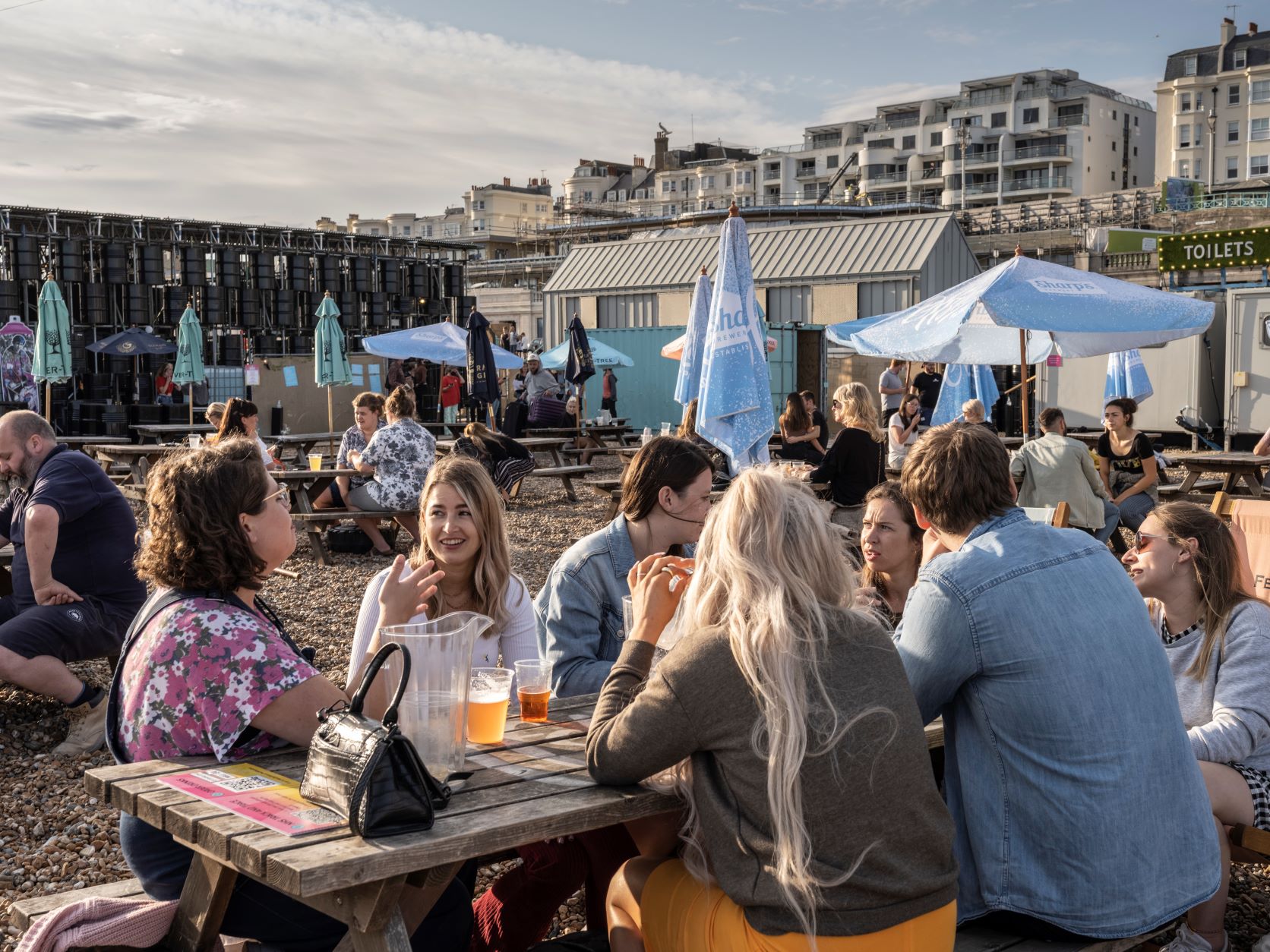 A Final Hurrah! August Bank Holiday is Closing Weekend for Warren on the Beach

The Warren on the Beach draws to a close on bank holiday Monday, 30 August, but there’s still so much to enjoy down on Brighton beach. Situated East of the Pier, next to the Volks Railway Aquarium Station, they’ve got a jam-packed bank holiday weekend of shows alongside beach bars and street food from Tiger Eats Carrot.

The indoor-outdoor site is free to enter, allowing beach-goers to pop in for a drink at one of the sun-drenched bars. Ticket buyers can enjoy the thrill of live entertainment within the COVID secure venue, The Oil Shed. The Oil Shed is constructed from chequered, repurposed oil drums allowing free-flowing ventilation around the theatre.

Fringe favourites Shitfaced Shakespeare (23 – 30 August) will be wrapping up the festival with Much Ado About Nothing. Featuring the finest classically-trained professional performers and one fully Shitfaced cast member, we guarantee that no two nights are ever the same. BN1 went along to opening night and I cannot stress this enough – THIS IS NOT ONE TO BE MISSED!

The Late Show (26 – 29 August) resident MC Dave Fensome closes The Late Show’s successful run on the beach with sets from Paul Sinha, Thanyia Moore, Laura Lexx and Stephen Grant among others. Enjoy late-night laughs with a different line-up every night for just a tenner.

After a hugely popular run at The Warren, family favourites The Snail and the Whale (13 – 30 August) close their national tour with a final string of sea-side shows. The Olivier award-winning cast bring Julia Donaldson’s much-loved picture-book to life at 10.30AM and 12.30PM every day this weekend.

Warren on the Beach runs until 30 August on Brighton Beach, East of the Pier, next to the Volks Railway Aquarium Station.

For full line up and tickets head to warrenonthebeach.co.uk