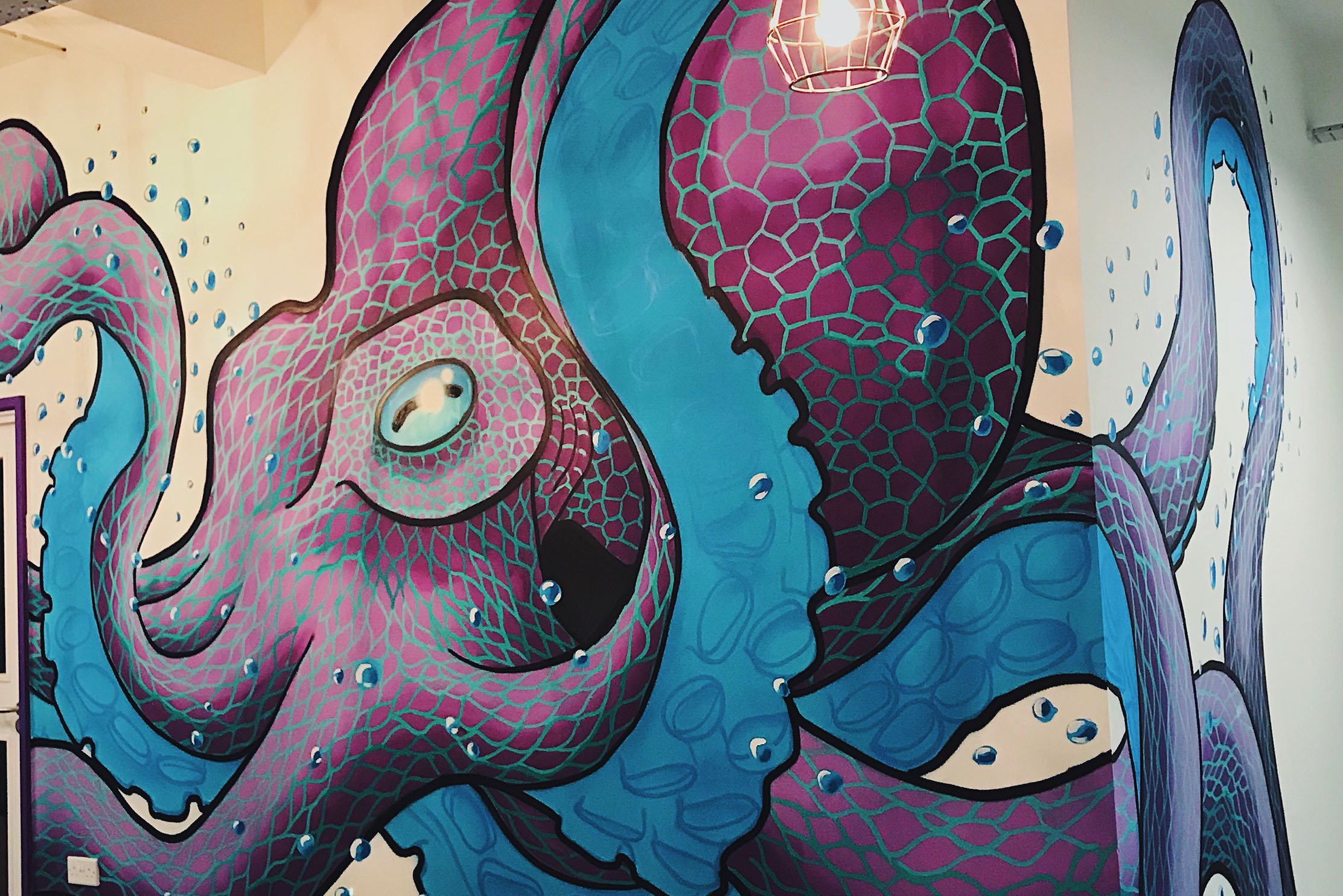 Known for culture and vibrancy it is no surprise that street art is in full bloom across Brighton & Hove. With Cassette Lord’s giant cassette tapes popping up across town and Sinna One contributing to the mesmerising mural on The Prince Albert, this amazing colourful city is home to a multitude of incredible artists.

Bringing bright colours and positivity to Brighton is Lois O’Hara. “I see colour as such a positive thing and I want others to experience that feeling!”. Studying illustration at the Arts University Bournemouth, Lois found a love for other mediums of art. She draws inspiration from the natural movements of the sea, the fluidity in nature and the visualisation of sound. “At college I used to draw realistic waves over and over again in my sketchbooks when I wished I was in the sea. Slowly, throughout university my “wavey” style developed.” 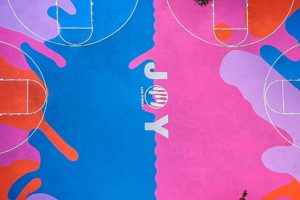 Lois’s love of vibrancy was made evident with Rainbow Crosswalk by the West Pier and by creating the UK’s first basketball art court for Saunders Park. “I really wanted to renovate the deteriorating space so that people could play sport on it once more! I wanted to also bring colour to the court, so it was attractive and unique”. As for right now, Lois is currently working on a project designing a Brighton & Hove bus.

Brighton’s most impressive mural on The Prince Albert pub was painted by Sinna One in collaboration with Req. “It was an amazing experience and it was the first time that I’d ever painted portraits in spray paint. Req mentored me on the project and taught me an amazing technique for scaling an image up from a photo and working freehand. It was hard.” The giant mural depicting 25 dead music icons is a staple piece within the city. 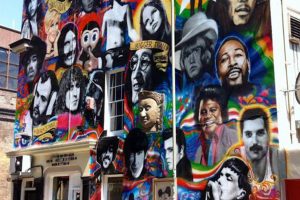 Sinna One has work all over Brighton but one of his most memorable is a chameleon on Trafalgar Lane “It was to cover up a piece we’d done that a guy took a dislike to and made a vindictive statement on it. So, I came back with the chameleon. It’s definitely one of my favourite things that I’ve painted and I like the message it gives. Adapting to your surroundings.”

One of Brighton’s greatest losses of street art came in the form of Sinna One’s dog mural. However he has plans to recreate the iconic piece. “I’d also like to reinstate the dog mural somewhere in Brighton. It was one of Brighton’s favourite pieces as it was 52 dog portraits, but it’s been built over. Watch this space.” 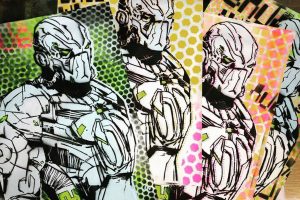 It is near impossible to walk around Brighton without spotting the infamous robot created by renowned street artist Snub23. This trademark creation is called ‘Mongrel’ and originates from the comic 2000AD. “He was massive, he hardly said anything, he was aggressive and smashes things up but it’s not through anger, he’s a machine and just does it. He destroys stuff, that’s his nature and that appeals to me”. Snub23 starting painting in the 1990s and has had work featured in exhibitions and painted in events across the globe including Asia and Europe. Mostly importantly he has many works across Brighton in areas such as Kensington Street and Trafalgar Lane.

Martin Middleton or as he is otherwise known, Cassette Lord has been changing the streets of Brighton with giant cassette tapes since 2001. “The cassette tape was the right shape for the junction boxes and the perfect retro choice for the art and music saturated landscape of Brighton. I loved the prospect of seeing these massive cassettes sticking up out of the pavement like they had been ejected from some huge subterranean cassette-playing mothership!” Having work all over Brighton Cassette Lord has a large repertoire of art to choose his favourite from. “My favourite piece is a large Transformer that can be found on the interior wall of Trading Post Coffee Roasters – it’s on an old red brick wall so the texture that comes through enhances the image.” 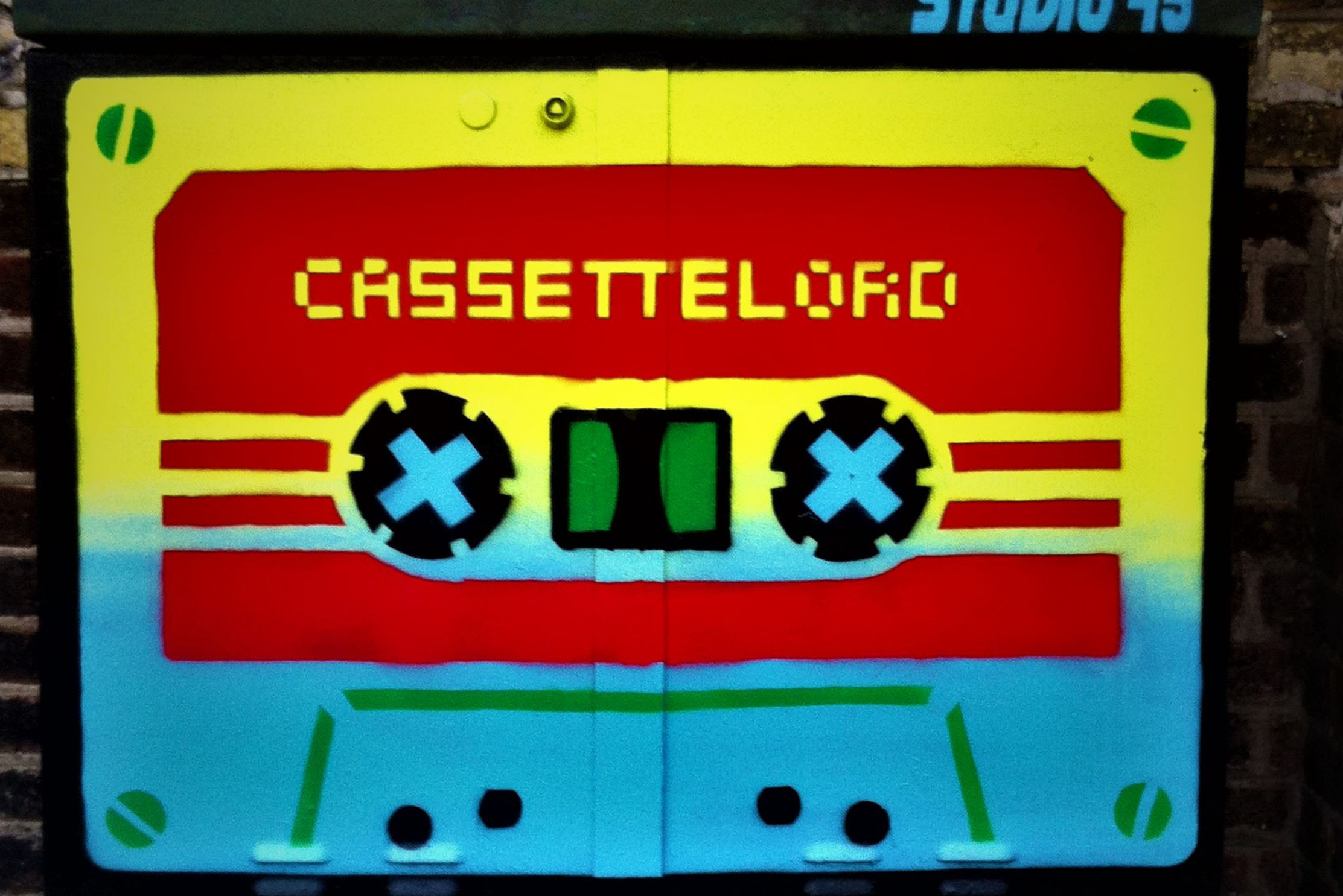 Although she’s a London artist, Frankie Strand has some incredible pieces around Brighton that are too good not to mention. “I would describe my work as a celebration of nature. I hope people look at it and are inspired to think more about the natural world and the amazing intricacies found within it.” Many would say that Frankie’s trademark is the flamingos she painted on a gate in Trafalgar Lane however she does not agree with this “Personally I prefer the crocodiles, I think they’re the most fascinating horrifying beautiful creatures.”