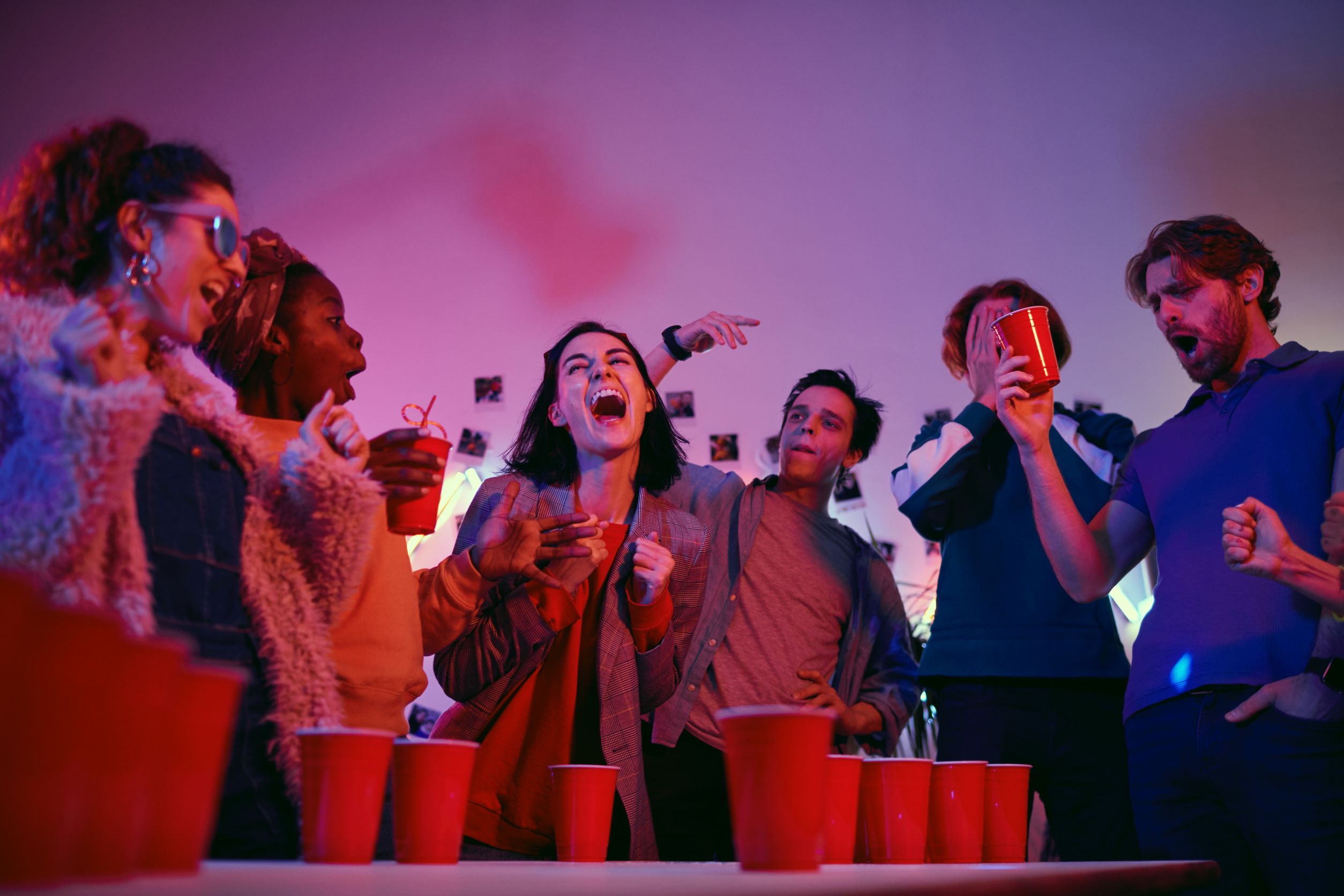 A Hermit’s Guide to House Parties:

It’s been nearly two years of somewhat stunted social interactions. After the virus-which-must-not-be-named swept across the globe, everybody’s ability to socialise has been hampered by a combination of common sense, concern, and half-baked governmental flip-flopping. Freshers last year no doubt had a rough time of it. Starting university either still stuck at their parents or moving to a city with a now non-existent nightlife is hardly an exciting beginning to a new chapter of life. Now, a year later, clubs have reopened, the rule of six is a thing of the past and gigs are back. Moreover, now only one thing can stop sixty sweaty students congregating at an ill-conceived house party your new mate ‘Dan From Pryzm’ invited you to: the neighbours knocking on the door at four in the morning to ask you to please, politely, shut-the-fuck-up.

What? You didn’t hear? Big bad COVID can’t get you in a room of thirty people, provided you have the window open (or so the guidelines imply). Of course, this isn’t strictly true. The risks that come with partying mid-pandemic are fairly obvious, even with a decently successful vaccine rollout in the UK. Mixed messaging seems to be the mantra of the day from ol’ Boris and his cronies; why should we expect to have clear and concise information from the government, after all. As such, and given that the world of large-scale socialising can be daunting at the best of times – let alone mid-pandemic, I present to you the largely in jest, partially anecdotal and, hopefully, at least vaguely recognisable: a COVID-19 Hermit’s Guide to House Parties.

We may as well begin at the beginning. The dreaded question: what to wear to a house party? Maybe pandemic-times means a pandemic themed dress code? The sensible answer, here, would be a hazmat suit. Or at least a gasmask. COVID definitely can’t get through that – but neither can your lips to make contact with that special someone you’ve had your eye on all night.  Then again, that could be a good thing. Maybe the hazmat suit could work to protect yourself from your bad decisions just as much as the virus. This raises further issues for the make-up inclined, however. My advice is to fully throw caution to the wind and go naked.

Now you’ve decided what to wear, it is worth thinking about what drinks are on the menu. Alcohol consumption should be managed with responsibility and tact so, of course, I recommend absinthe or any other alcohol at a high enough percent to eradicate any semblance of a virus from your body. An added bonus is that you won’t remember any of the night, so can sit back and relax the following day while your friends tell you all about it. Common sense, really.

Once all this is sorted and the pre-gaming has begun, conversation will surely turn to the issue of arrival: what time and how to? Some chump will likely suggest that you all arrive for the time the host has set as the start of the party, but, fortunately, you know better than this. Being there to awkwardly witness the awkward arrival of all the other awkward party-goers is far too much awkwardness to bear and something that should be avoided. Better to arrive once the crowd is relatively dense so that you can skulk around avoiding your new mate ‘Dan from Pryzm’ – who you have decided you don’t actually like all that much.

After persuading your quiet housemate that, no, we shouldn’t just stay here and drink and that, yes, it will be fun, you have made it to the party. Your arrival was timed fairly well; the crowd is decent, and the walls are, somehow, both slick with sweat and sticky with booze. Weird. Best to chat to the host a bit, make yourself known to anyone you might deem important and find somewhere to stash your booze. It is a relief to see that the host has roped someone in to DJ, so there is no painful fighting over the AUX or a bizarre mix of genres. For all of twenty minutes after arriving you forget that there is still a global pandemic. It is glorious.

Here comes ‘Dan from Pryzm.’ Clearly, he was looking for you, which is sweet… in a way. No, he can’t have some of your drink and no, he can’t come back for afters at yours. Go away, ‘Dan from Pryzm.’ Best to break free of him, go meet someone new and, preferably, less socially overwhelming. At this point you should be too far gone to care about your terrible dancing. So, dance.

The rest of the night will realistically be a hazy mixture of dodgy dancing and even dodgier attempts to hook up. If you’re unlucky you may be witness to (or involved in) any of these painful things:

You’re vaguely aware of getting home, eating a fat greasy burger, and passing out fully clothed with one and a half shoes still on.

Headache. Sweaty. Smelly. Tired. Dry mouth. Uncomfortable stomach. This is the morning (mid-afternoon) grumble of the recently arisen and incredibly hungover, post-party goer. Why would a sane person drink absinthe at a house party? Who gave out this terrible advice? Why would you listen? These questions will inevitably be flying around your head – hopefully, very quietly so as not to disturb the headache too much.

At this point the tumultuous racking of memory will begin. Ideally, you won’t have been involved in too many social [faux pas], but the most important thing, really, is how many of them [you actually remember]. If you never see these people again it doesn’t really matter as long as you don’t remember any of the embarrassing events. If you’re going to see them again, then they will remind you of what you have done. All of it. These events will haunt you every time you can’t sleep, playing in the fringes of your memory. After reflecting on this for a while, you’ll most likely conclude to never see these people again. You didn’t really like ‘Dan from Pryzm,’ after all.

Truthfully, pretty much everyone will have a better time than this. For some, this may even be their idea of a Good Time – although the people in this camp would probably be mates with Dan, and we know how I feel about him. At least if you are going to freshers straight out of A Levels you are probably too young to even know what a proper hangover is (you will learn, soon enough. 23 is when it happens, I’m telling you).

After a rough couple of years, it is likely a fairly nerve-racking prospect to be encountering so many new people. So, be kind to each other, have fun, don’t be an idiot and, most importantly, don’t bring absinthe to a house party – unless you want to risk a repeat of the pink hammer incident.