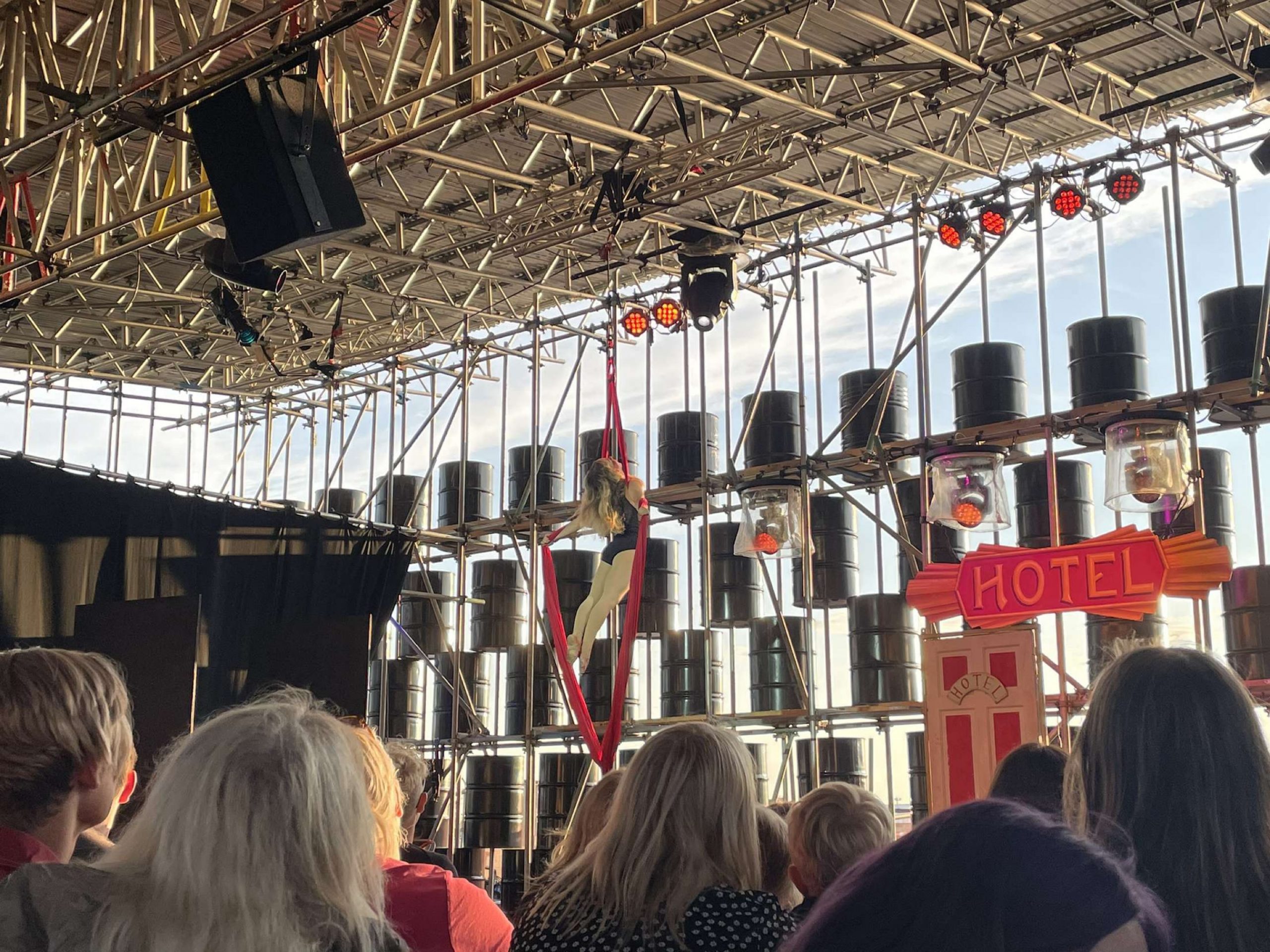 A night at Cabaret Paradiso

As someone with little experience of reviews and Cabaret but an adept fun-haver and hopefully a somewhat detailed writer, I have taken it upon myself to review circus company Lost in Translation‘s “Cabaret Paradiso”, hosted at Brighton’s Warren on the Beach until 22nd August.

A broken down hotel, a grumpy maid, a drunken bartender, a desperate concierge – not tropes I’d immediately imagine under the preconceived glitz and glamour of a Cabaret, but ones that worked perfectly in this hectic, topsy turvy hour of entertainment. 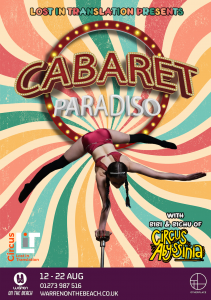 Serge the Concierge, providing song, storyline, and witty moments of self awareness, led the show alongside Victor the Bartender, Madame the absent Owner, Hugo (who I’m assuming was a bellboy but I wasn’t sure as I don’t often see bellboys with whips) and Talia the Maid, who was excellent at making me feel like I had greatly inconvenienced her.

The seemingly incompetent staff unfurled their acrobatic prowess before the audience; walking on hands, weaving through aerial silks, swinging on a chandelier, whipping roses in half, while squeezing a song or two in-between.

The Oil Shed, a venue “deliciously open to the elements” (as spoken by an eloquent Serge) undoubtedly wavered the performers reliability on precision and balance, but still they executed each anxiety and awe inducing act with as much visible strain as me walking up Elm Grove.

Okay, a lot less visible strain than me walking up Elm Grove.

An act that was a favourite of everyone who I probed for opinions post-cabaret were the guests and agile jugglers from Circus Abyssinia, Bibi and Bichu. The duo took playing catch with your mates to a whole new baton-blurring level, meanwhile I couldn’t even keep a hold of my drink (yes, I spilt my drink). 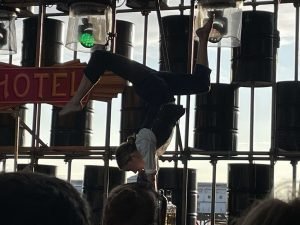 My favourite, however, was Talia the begrudging, red-headed maid. Not for her act of chandelier manipulation that was of course very impressive and I’m sure a heavy inspiration for Sia – but her ceaseless stage presence. There wasn’t a moment where she wasn’t performing with exaggerated eye rolls and sighs, which perhaps may not be very rare for a trained adult performer, but as someone who would typically be the child in the school play staring blankly at the other performers on stage like I was a member of the audience with extra extra front row seats, it was something I found admirable. Also, her hair and makeup was amazing.

With discounted tickets offered to groups, families and under 26s, Cabaret Paradiso is a great way to get your loved ones together for a giggle. For specifics on tickets and dates, visit here.