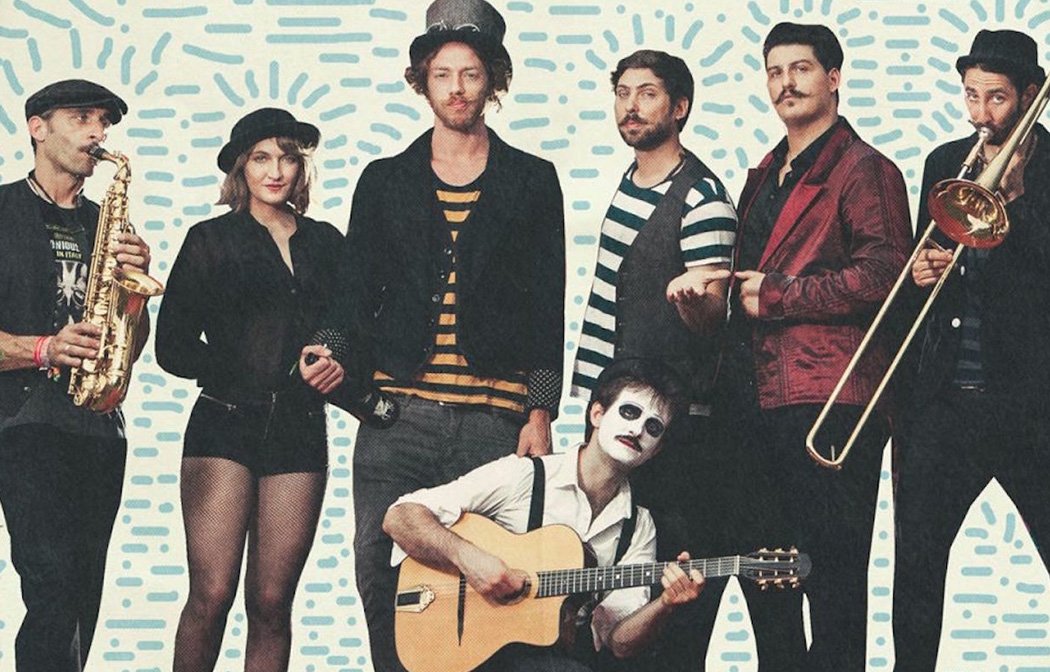 We sat down for a chat with them before they hit the festival circuit this summer.

In your live sets, you combine DJs with a live band. What made you decide to join up the two mediums?
We observed other groups and productions that were combining the duo of mediums and felt inspired. That’s how it works for us.

Do you think this fusion is the key to achieving your full, energetic sound?
No, analogue and digital music on their own produce full and energetic sounds. It’s really the dedication of all of our members and their relentless commitment to the energy that cultivates this particular sound. But the combination of mediums does add more spectrum overall. So, actually yes. That is a part as well.

In the past you’ve been described as ‘a sound bridge between Turin, Kingston and Brixton’. How did this diverse bridge get built?
Whoa, that’s one big bridge, and quite a compliment really.
As a group we all have diverse tastes and appreciations for styles. Our individual inspirations add quote a collage of sounds to our finished creations.

Your music not only draws inspiration from a number of countries and cultures, but also a number of time periods. Is it important to you to incorporate more vintage styles into your work?
Our first album was deeply inspired by the vintage remix sound. Moving forward we are committed to staying connected to our current inspirations, whatever they might be.
Vintage sound will always remain in the crate….

You released your second album, ‘Antique Beats’, in April this year. What are the biggest changes from your debut album in 2014?
Our first album was released with Warner music. The big difference for us is that our second release is independent and the first of a two part combo. The second part will be released sometime in the beginning of 2019

What are the main genres and artists that have influenced this second album?
The cross continental influences that are ever expanding in music are of immense significance to us. Definitely hip- hop, afro, jazz, Reggae, bass music and things if the like. Fat Freddy’s drop remains a huge well of inspiration for all of us.