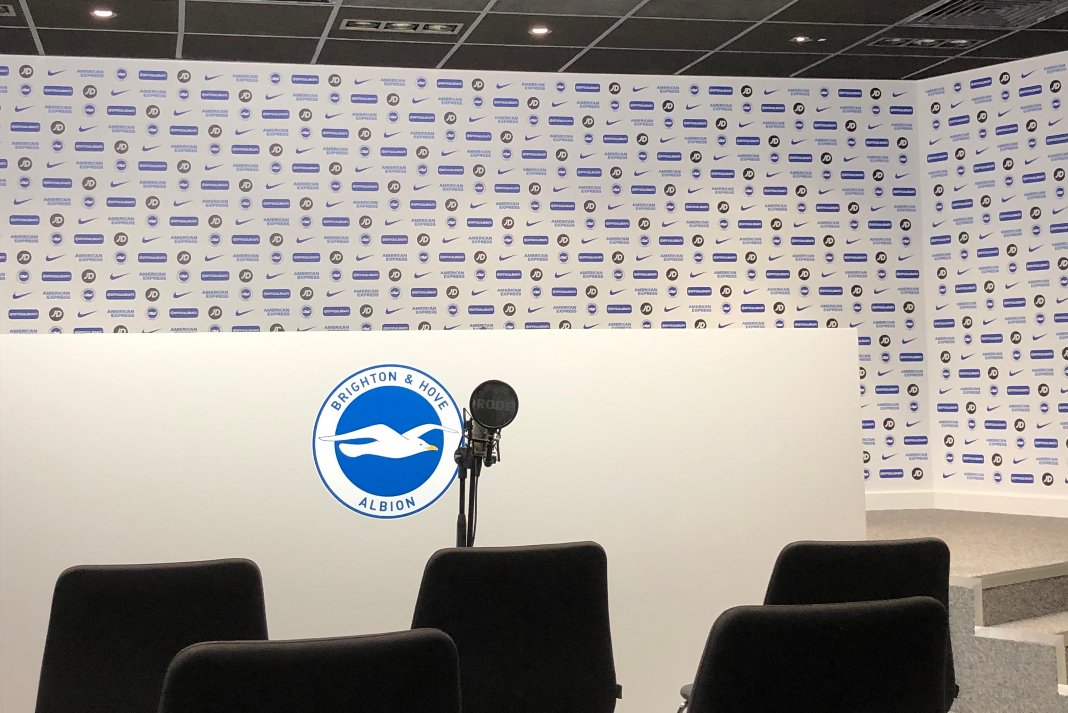 Saturday saw a brilliant 2-0 win at the Amex Stadium for Brighton and Hove Albion over AFC Bournemouth, and a vital 3 points.

Manager Graham Potter was pleased to see his team finally get the points they have deserved in recent games. “It was a relief, not going to lie. Mainly because we are in the business to get points and when you don’t get points, you know you’re doing something wrong. That’s just the life we’re in.

“I didn’t think we were perfect against Bournemouth. I think we’ve probably played better and not got anything, but we did enough to win. I think we deserved to win, but we’re at the stage where points and results are important.”

Some have suggested that Brighton’s lack of points, despite their good form, should be a concern for Potter.

“It’s concerning in so much you don’t get the points. But I wouldn’t call it concern. It’s part of the process. My job is to just see the situation for what it is and to try to improve and help the players get better.”

VAR ruled out another marginal offside goal from the Albion’s Dan Burn during Saturday’s game. As debates continue throughout the football world on the topic of VAR, Potter discussed his position.

“I want to support it because it’s being used, but I think we’re looking at the problem in the wrong way. If you go back two years ago, before VAR, we were probably talking about a referee’s decision saying we need the technology.

“In the culture of wanting to blame somebody, it used to be about blaming the referee or linesman for losing, but now were blaming VAR.

“If we want everything to be correct, why don’t we do away with everything and put drones up, use computers, artificial intelligence, and I’m sure we will get all the decisions correct. But I don’t think anyone will like football anymore.

“I think football at times is really unfair but that’s what is so good about it. It’s like life, sometimes you get on the wrong end of a decision and you have to get on with it.”

Looking ahead to tomorrow’s game, the mighty Chelsea head to the Sussex stadium to take on the seagulls.

Potter sized up to the top six team. “Away from home they’ve been really good. At home they’ve had a couple of problems. It just shows how in the premier league how competitive and tight it is.

“They are a top team that’s competing at the top end of the Premier League and the Champions League, so it’s a tough match for us.

“On the back of a good victory we need to try and play well and understand that Chelsea are going to come with a good team. They will be looking to try and win the game.”

Potter came face to face with the blue’s manager Frank Lampard when he led Derby last season in the Championship. He was asked how he thinks the Chelsea legend has stepped up to manage in the Premier League.

The last time these teams met in September, it finished in a 2-0 loss at Stamford Bridge. Graham looks to learn from their last meeting and carry on their recent good form.

“We weren’t good. Of course, Chelsea deserved the win, but at that time we were in a tricky moment where we had a few problems, e.g. injuries and illness, which affected us a little bit too much.

“But it was a stark reminder that if you don’t perform to the level you need its very difficult anywhere away from home in the Premier League, especially the top teams.”

Brighton and Hove Albion play Chelsea at the Amex Stadium tomorrow at 12:30.