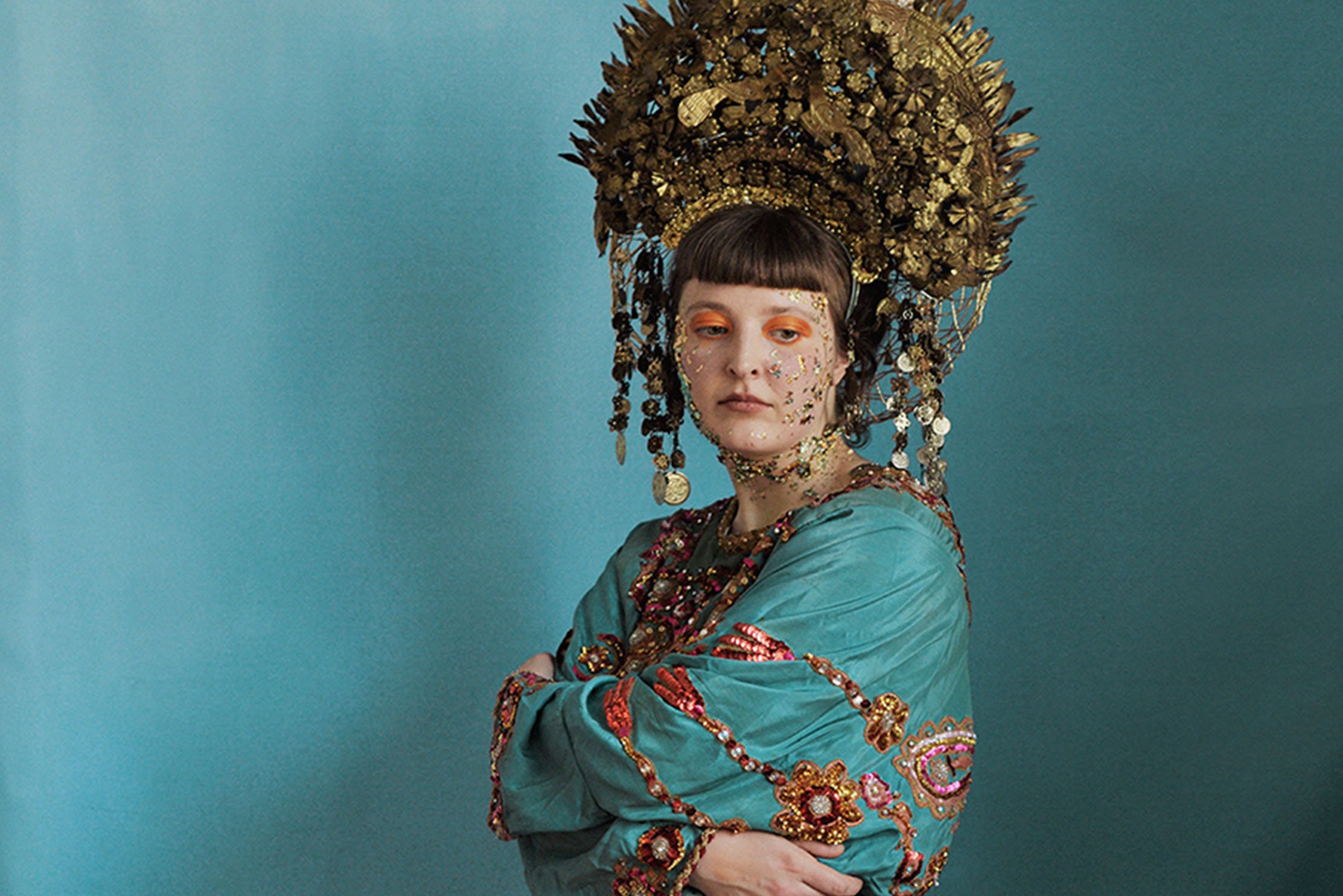 Alicia Edelweiss’ ethereal voice floats through choruses of lulling accordion and a myriad of eerie string melodies. In Leonie, she sings “at night, when all the world flies home, we shall have a party in our castle with all the freaks and the children, the clowns and the trash eaters”, conjuring up a curious and eccentric beauty.

Whilst travelling around Europe for four years, the Viennese musician began teaching herself the accordion, going on to record a 7-track EP in Portugal which was heavily influenced by the anti-folk movement in New York. Alicia’s haunting voice and accordion compositions complement her intimate lyricism as she writes and sings from a raw, creative and joyful place.

Her most recent album When I’m enlightened, everything will be better features eclectic and bizarre songs The Cockroaches and Me, Feeling Like the Last Unicorn and To-Do List of a Party Pooper. Alicia’s lyrics and music feel unrestrained. Her irony in songs like The Cockroaches and Me is mocking, yet her dedication to the craft is completely serious. The production isn’t seamless; you can hear her process within the sound. This rough-around-the-edges result is intentional as Alicia endeavours for a DIY approach. She recorded her first album herself, explaining that she “loved stuff that sounded really trashy and lo-fi at the same time”. She says she wants to feel joy doing things, no matter how well they’re produced.

Alicia’s EP I should have been overproduced is an ode to this. The tracks were written and recorded with friends in Portugal, without the help of a major label or much money, subverting the more established routes into the music industry. The lack of production in her music isn’t noticeable to novices but creates a subtle audio aesthetic that matches the homemade quality of her videos. Alicia explained that visuals are very important to her, and she likes to perform in outfits which make her feel comfortable and herself. When asked about what her favourite thing to wear on stage is, she smiles and says anything that’s golden, kind of elegant and like a magician or queen. She says she wouldn’t feel authentic going on stage in a pair of jeans and a T-shirt.

For a couple of years, she experimented with making music without having management or a label tell her “this is how you make an album”. She thinks this uncompromising approach is why her music has developed the way it has. Alicia also notes that it’s not purely record labels or management that influence the direction of her music, but the idea of what fans desire as well. She has found herself wondering whether to continue in the same musical direction as her last album or to be more experimental. Compromising on the sound that has accumulated a fanbase is something many musicians deliberate.

Her inspirations have been changing recently. She names the London-based musician Douglas Dare as a key influence. Alicia explains that a few years ago she didn’t see the polished sounds of a produced track as authentic, but now is realising that this is a creative process much like anything else. The production of a track is a process and collaborations can help form it. She laughingly explains that she likes to do things by herself and struggles with any interference on her creativity.

Alicia’s lyricism, although playful, can sometimes become dark, satirical and subtly political. The songwriting of the anti-folk movement was especially inspiring to her because it taught her to not take the world too seriously and gave her the self-belief to play and write her own music. “All the songs I listened to as a teenager or a kid, such as folk songs, were always very serious, beautiful and poetic.” When she heard the humour and irony of the anti-folk scene, it resonated with her, and it was the first time she felt like “yes, this is how I want to write songs”. As a child she listened to Christina Aguilera and Britney Spears but today she says she “can’t stand listening to voices anymore”. She finds it very hard to have music on in the background. “When there’s a voice, I listen so hard I can’t do anything.” Now she’s found herself listening to composers such as Yann Tiersen, who made the score for Amelie. For the next album she would like these inspirations to come together.

Alicia’s recent song Drek is a brilliant, humorous track celebrating getting dirty. It came as a spontaneous response to a songwriting workshop she held in Vienna. She asked students to write down a list of things they loved, including in her own list Drek, which translates as “dirt”. The music video shows Alicia, barefoot, rolling around in mud, swimming, dancing and singing “dirt is freedom, dirt is good”. In Fools Believe in Moons, Alicia’s sorrowful voice accompanies a lone accordion with “I swear, I swear I saw a white balloon. When I tell you, why don’t you believe me?”.

This uncanny expression resides also in The Cockroaches and Me, where she befriends a group of insects who form an anarchist collective. Humorously poking fun at the restrictive ideologies of marginal political groups through the lens of the benevolent, equality-promoting cockroaches. “God sent me a harem of insects, who didn’t judge me for my lack of intellect, drinking tea and singing Let It Be.” The song also satirically delves into climate change, the education system and inequality all at once: “As the human beings were destroying themselves, the cockroaches gave a crash course on endurance and health”.