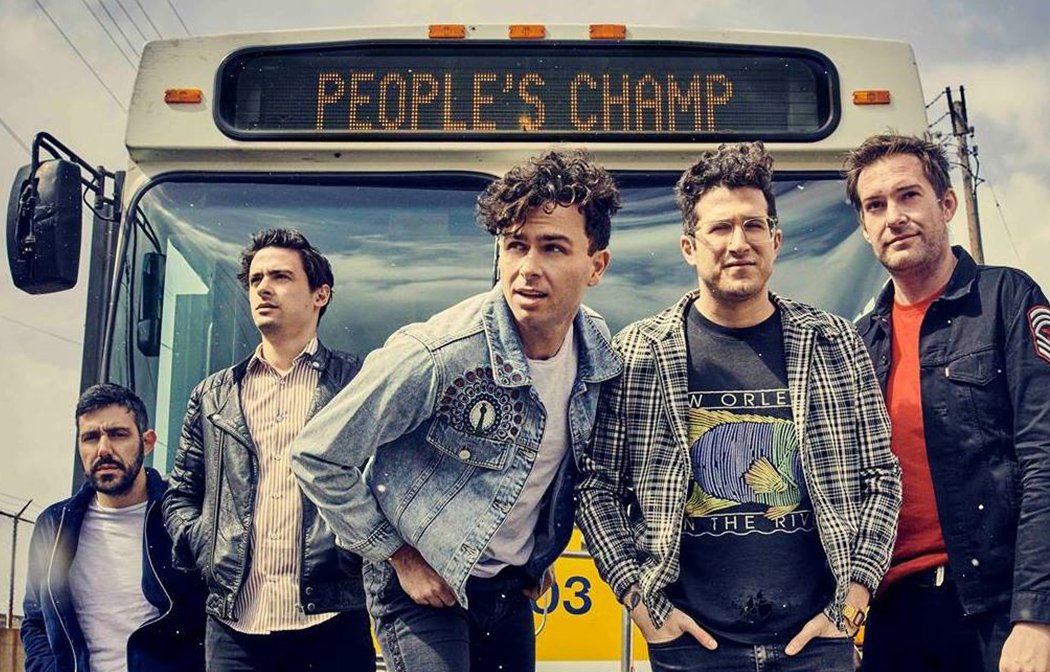 Back in Brighton for the first time since they played The Great Escape two years ago, Hamilton-based Canadian band Arkells finished their European tour to a packed and sweaty Green Door Store crowd. More used to playing stadiums in their native Canada, to see them in such an intimate setting was a real treat – rumour has it even Canadian fans have been flying over to Europe just to see the band playing in such small venues on this tour. Singer Max Kerman has always had a gift for rousing a crowd and tonight was no exception; the feel good factor this band creates could wow even the most partisan of audiences. Here to promote their new album Rally Cry, they played a brilliant and joyous set.

Support came from Felix Hagan & The Family, a seven piece who just about fitted onto the Green Door’s tiny stage. They’re intoxicating and impossible to stop watching – mesmerising front man Felix dances around the stage, feather boa around his neck and glitter on his face – bigger-sized venues beckon for this band and easily the most fun live act I’ve seen this year.

This was the last date of Arkells’ European tour and their last show of 2018, and it felt like a party right from the off. Max Kerman spent half the show in amongst the crowd, who sang along to every word. The night also produced a marriage proposal (the bride-to-be said yes!) and an audience member joining the band onstage and to play guitar along with the band on their song 11 11. Highlights from their set were the anthemic singalong Leather Jacket, Relentless and new crowd favourite People’s Champ. The evening finished with the band being joined onstage by Felix Hagan with an encore of two pop classics: Abba’s Dancing Queen and Whitney Houston’s I Want To Dance With Somebody. The only missing ingredient for a true pop show was the confetti cannons and balloons released from the ceiling (I’m sure these will be coming).

I predict great things for both bands and a step up in venue size next time they come to town. Absolutely one of my gig highlights of 2018.