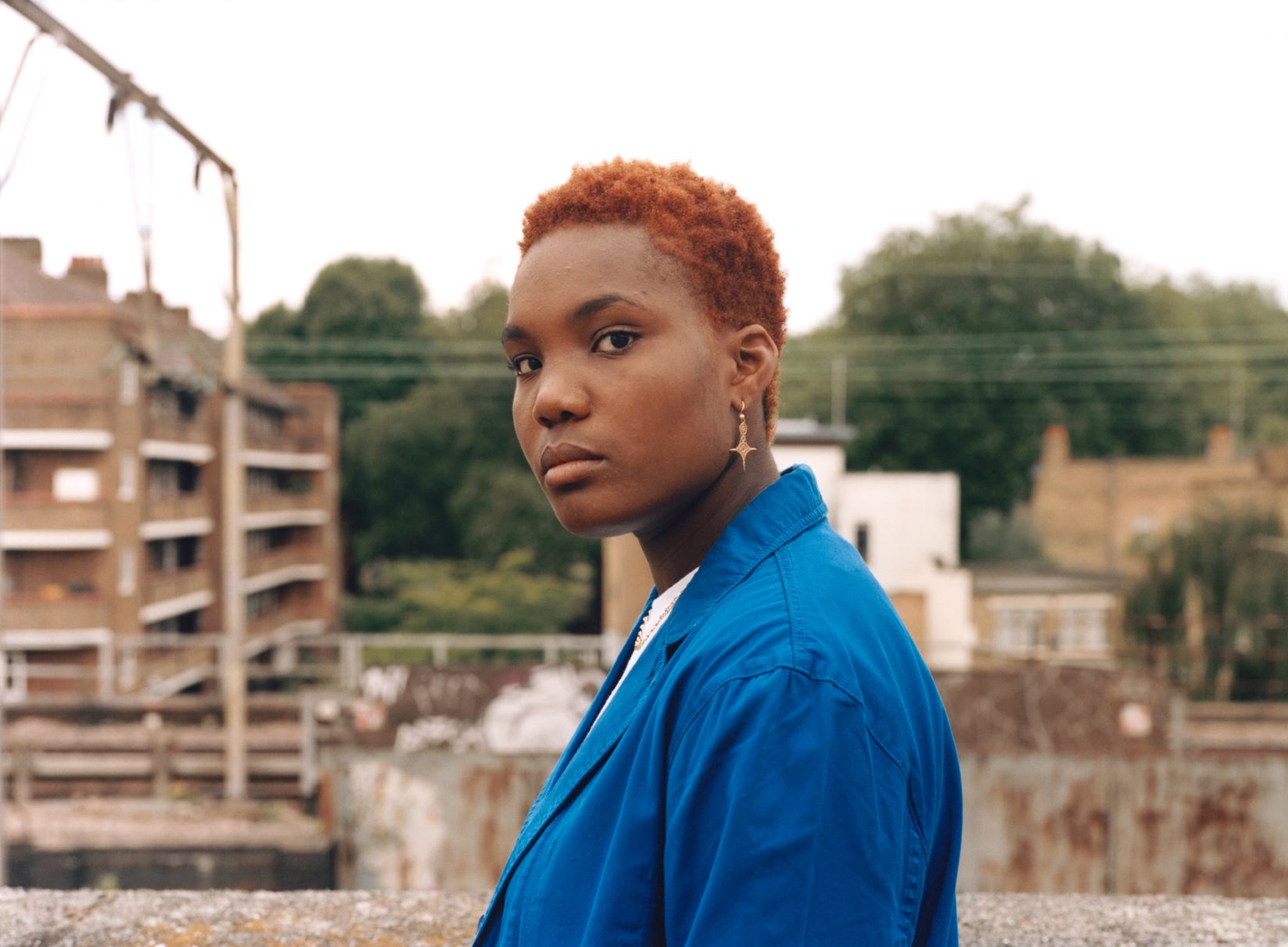 BN1 chats with Arlo Parks – the London songwriter whose tender, vivid poetics and soulful alt-pop has made quiet waves across the world on her debut Collapsed in Sunbeams.

Arlo Parks’ rise and rise began in late 2018, dropping her first single Cola and then signing to Transgressive Records. There followed a string of singles like 2020’s ultra-cool Hurt and the kind of accolades long-established artists only dream of. Yet the 20-year-old musician and poet has experienced almost all of this under the cloud of Covid – performing Glastonbury alone in front of a campfire, duetting with Phoebe Bridgers in an empty church and admitting herself more accustomed to interviews on Zoom than in person.

Except the peculiar charm of her music is anything but isolated and anxious. Her debut album Collapsed in Sunbeams has its roots firmly in the free, fluid time of adolescent inner-city wanderings, breakups and blossoming romances; her striking lyrical landscape characterised by hyperreal vignettes and sun-bleached nostalgia. Parks thrives on the colour in mundanity, an astute yet emotional observer of life’s detail, of fruit outside the corner shop or a necklace left on the back seat of an ex’s car. It’s the writing of a seasoned poet splashed with youthful charm.

Much of that vivid imagery and emotional eloquence comes from what Parks has called her ‘first love’ – poetry and stream of consciousness journaling. When asked what she’d include if she made me a poetry mixtape, Parks’ already cheery voice brightens and she eagerly discusses Eileen Myles, Gary Snyder, Audrey Lorde. “I gravitate to really interesting portrayals of love…flashes of memory…surreal details.” When did that passion merge with music?

“I was always singing when I was a kid…the music I was listening to encouraged me to embrace the organic sound of my voice and seeing what I could do with that added a new layer of depth to [my] written poetry…I remember reading and falling in love with Just Kids by Patti Smith and how poetry and instrumentation can mingle.’’

Parks cites Elliott Smith, Sibyll Baier and Nick Drake as her songwriter heroes, but it’s also possible to hear them in the easy, close quality of her voice. Discussing them she says, “there’s something very tender, something very human…you feel like they’re sitting beside you.” And, much like Elliott Smith’s Alameda, Parks colours her deft sketches of life with the details of place. It’s impossible to escape London on Collapsed in Sunbeams. “Places like Peckham Rye and Oxford Street just do kind of bleed into the lyrics…certain places feel really inspiring and nostalgic to me… London is where everything significant has happened in my life. The place I first started writing music, first loves, first heartbreaks…”

Equally, Collapsed in Sunbeams’ crafted, spacious atmosphere reveals Parks as more than a cloistered writer and someone in command of her own production and sonic spaces. She adores Radiohead’s lush 2007 album In Rainbows – “Radiohead taught me the idea of using space and allowing the instrumentation to breathe, of having a few elements executed well.”

For us under the shadow of Covid, Collapsed in Sunbeams feels like music for solitary walks on empty streets, fantasizing about summer, but Parks sees her album as more than that. “My songs are meant to be shared. You can listen to it alone in your room but there’s something powerful about experiencing music in a collective sense.” She’s also able to be philosophical about the loss of all the formative touring most artists undergo early on. “The way I see it now, when I can finally play shows people will have lived with these songs… allowed them to develop roots in their life in a meaningful way.”

Is there something that has drawn people to her music in these times?

“Maybe on this record it’s that sense of nostalgia and being transported back to a freer time, and a more emotionally spiky time where things are happening, relationships are forming and blossoming…But also maybe that unflinching look at melancholy and the possibility for hope at the end of that.”

Despite the rapid rise of her popularity, Parks has no desire to stand still, professionally or creatively. “I think I want to spread the umbrella of Arlo Parks as an artist, whether that’s writing a book, acting, working on a screen-play, or a directing collaboration.” Most of all, she says, perhaps with a nod to her heroes in Radiohead “I want to be in a place where I’m constantly going and on the fringes of my comfort zone artistically. That’s something that I strive towards.”

Collapsed in Sunbeams – with its lyricism and soulful blend of Portishead-esque production of the kind music lovers adore – is more than the impressive sum of its parts. It is a bright and comforting reminder that life’s random glitches of beauty and incidental grace are worth noticing, and always just around the corner.

‘A reflection on a romance he had…remembering all the little details, the rhododendron bushes and walks on the beach…those flashes of memory are so inspiring to me.’

‘This one is really emotional and has this sense of tenderness as you imagine this person spending a summer with somebody and getting to know them. And it’s peppered with these weird surreal lines.’

‘This is really gorgeous. I gravitate to really interesting portrayals of love. There’s this beautiful line Touching you I catch midnight/as moon fires set in my throat/I love you flesh into blossom.’