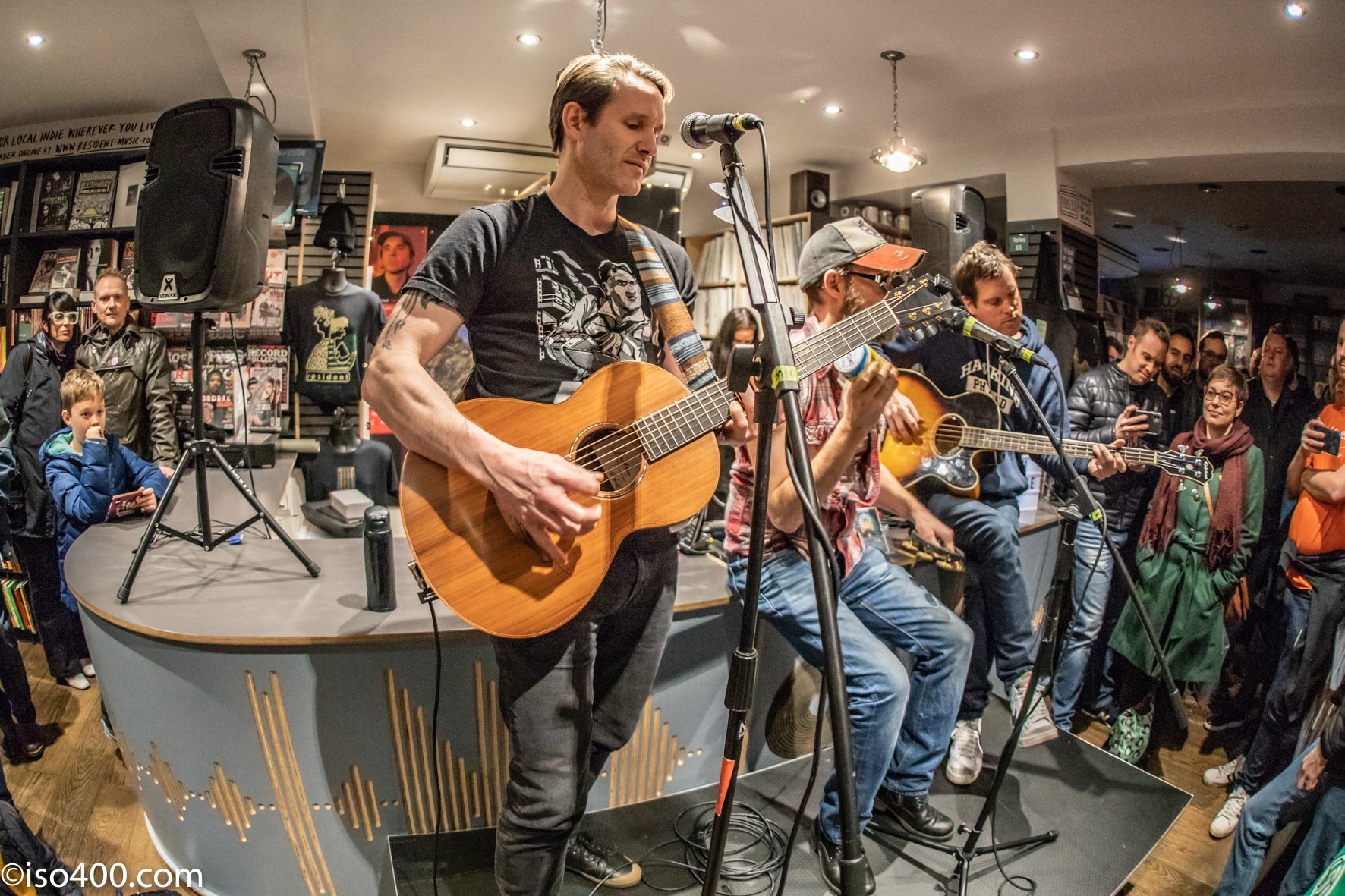 Alright, I admit it, I had a crush on Tim Wheeler, frontman of Ash. But what indie loving girl in the nineties didn’t? He was a teenager too, having penned the hit Girl From Mars at the tender age of 16, thrashing about on MTV and TOTPs with all the punky energy a band could muster after just completing their A Levels. I loved the EP Trailer and their debut album 1977, ranked by NME in the greatest 500 albums of all time. Lyrics hotlined from a boys’ bedroom, fantasy novels, Jackie Chan movies, wistful love songs to summer flings.

Now, on the 26th anniversary of their first single Jack Names the Planets (Trailer) Brighton fans were treated to an intimate instore gig at Resident Music. Promoting a new compilation Teenage Wildlife: 25 Years of Ash takes in their output over the intervening years. With eight studio albums behind them, Ash achieved much more longevity than the teenage burnout predicted by their critics.

Playing a short set of four songs including a new track Darkest Hour of the Night and Buzzkill (Islands) Tim jokes: “we’ve got kids in the house, we’re gonna clean it up a bit.” Jack Names the Planets gets a nostalgic airing and works well as an acoustic number. Mark Hamilton strumming along casually sitting on the counter, while drummer Rick McMurray accompanies on percussion. Judging by the crowd, I am not the only one finding it incredibly hard not to bounce around, despite the compact shop space. Pity they didn’t play any of the big hits off 1977, but I can imagine the awkwardness of trying to pull off an emotional landscape you have outgrown. Singing about girls in school blouses takes on a different tone past the age of 40. Still there was a good chemistry to their playing and they clearly picked songs that made sense to them now to showcase the new album.

The crowd snaked around the shop in a queue after the show, clutching relics from the musical past, NME papers from 1995, cracked cassette tapes for the band to sign. There is a lot of love for Ash all these years after the dreaded Britpop label has faded away. And with rumours of a follow-up gig in August happening in Brighton, you can be sure the turnout will be just as good.