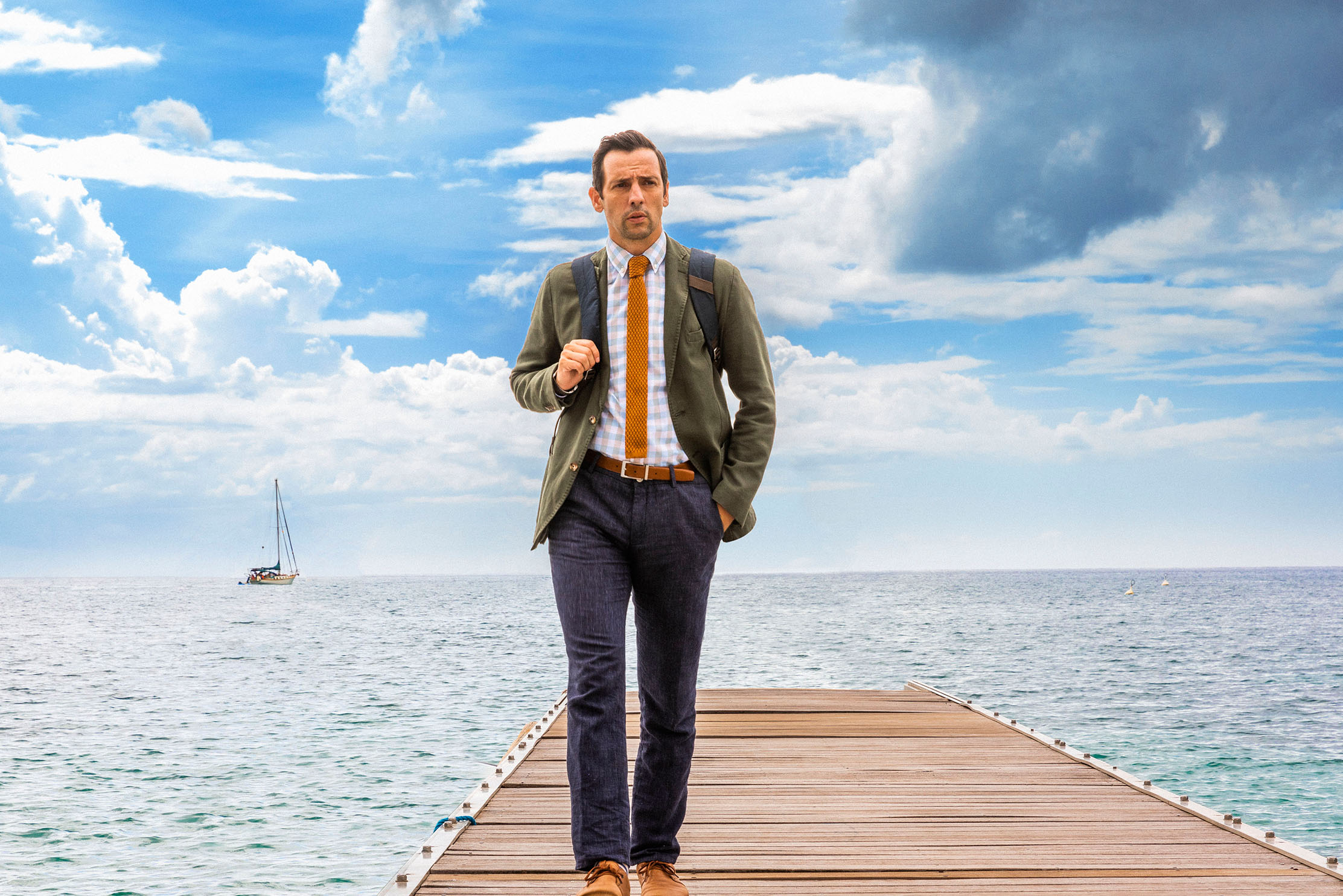 It’s official now, the UK is on lock-down. But, if learning a new language or getting busy in the garden is not your thing, there’s still numerous new adventures you can embark on – all from the comfort of your own sofa. We’ve picked a selection of criminally overlooked box sets, which are all available to stream right now, to help get you through the next three weeks. 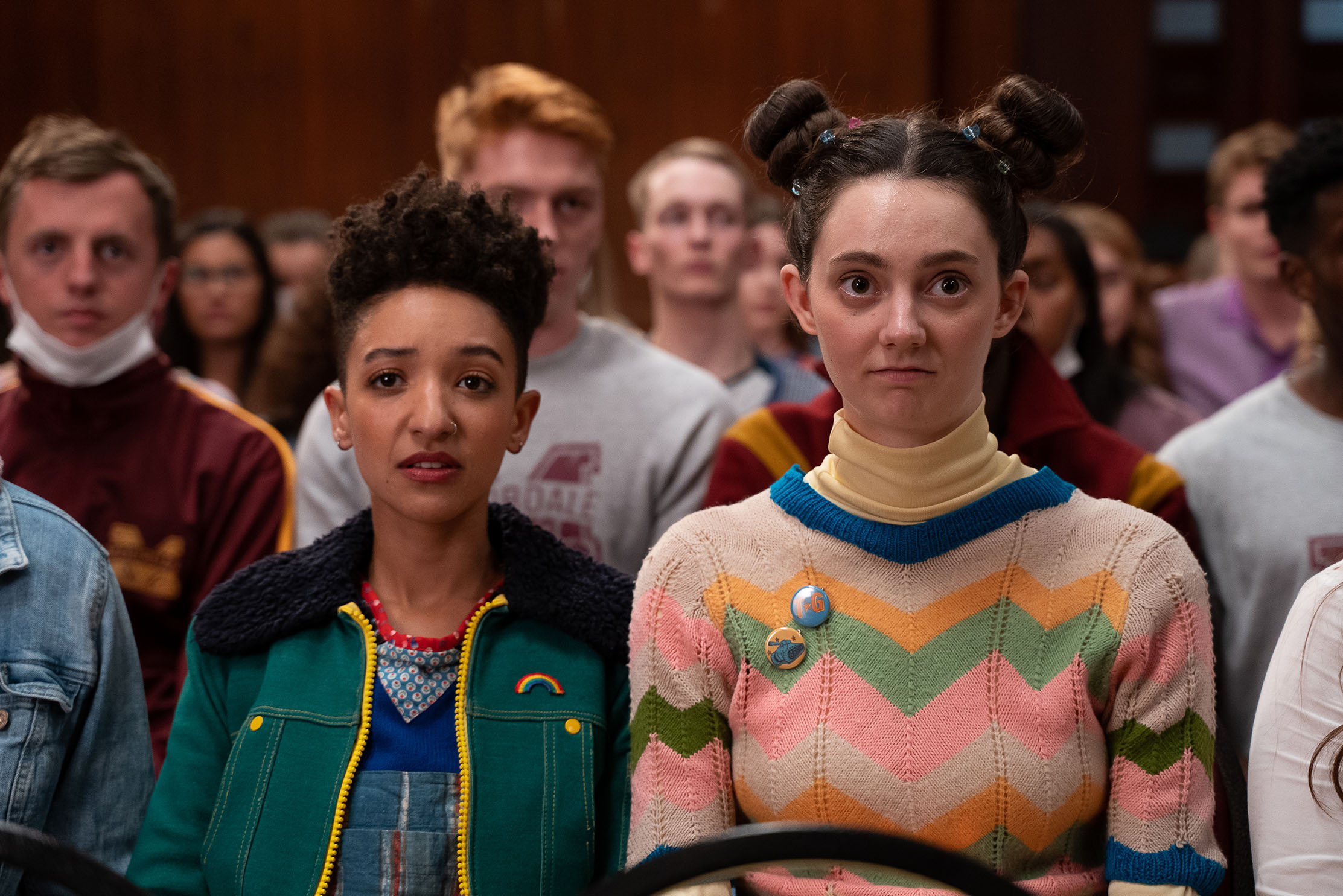 Netflix has an abundance of shows which cater to a very wide market and rhis sometimes means very good shows don’t get as much of the limelight as they would otherwise. This is one of them. Sex Education stars Asa Butterfield as Otis Milburn, an awkward teen whose mother Dr Jean F. Milburn (played by the incredible Gillian Anderson) is a sex therapist. 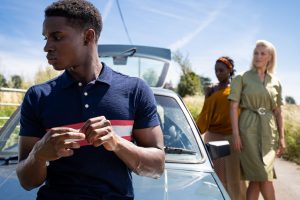 Otis and an odd friend set up a sexual advice business as they deal with high school. Sex Education is in its early days with only two seasons but is likely to continue due to its rapturous critical reception. The nature of this series obviously screams ‘comedy’, but it is more than that; it’s hilarious and well worth a watch for those that are unsure. 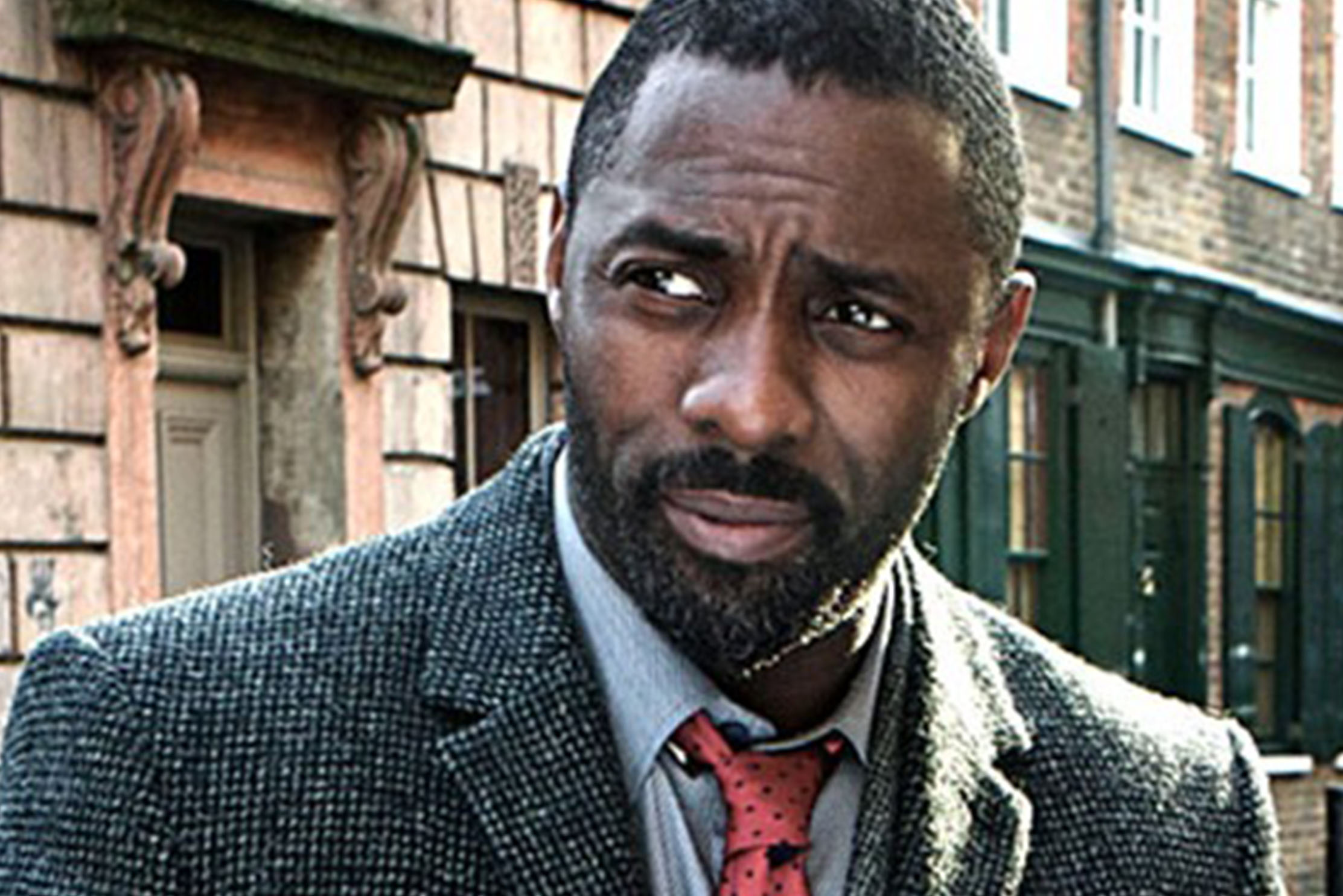 Luther is one of the older series on our list so you may have missed this crime drama if you have only recently got into box sets and TV. Starring Idris Elba as DCI John Luther, a dedicated police officer and Ruth Wilson as Alice Morgan, a psychopath who becomes the source of Luther’s obsession.

The relationship between these two characters are ever changing and absolutely fascinating. If you like action, then this could be the series for you, as Luther is relentless in his pursuit of criminals and of Alice. With five seasons spanning across nine years, Luther is thrilling and dramatic from start to finish. 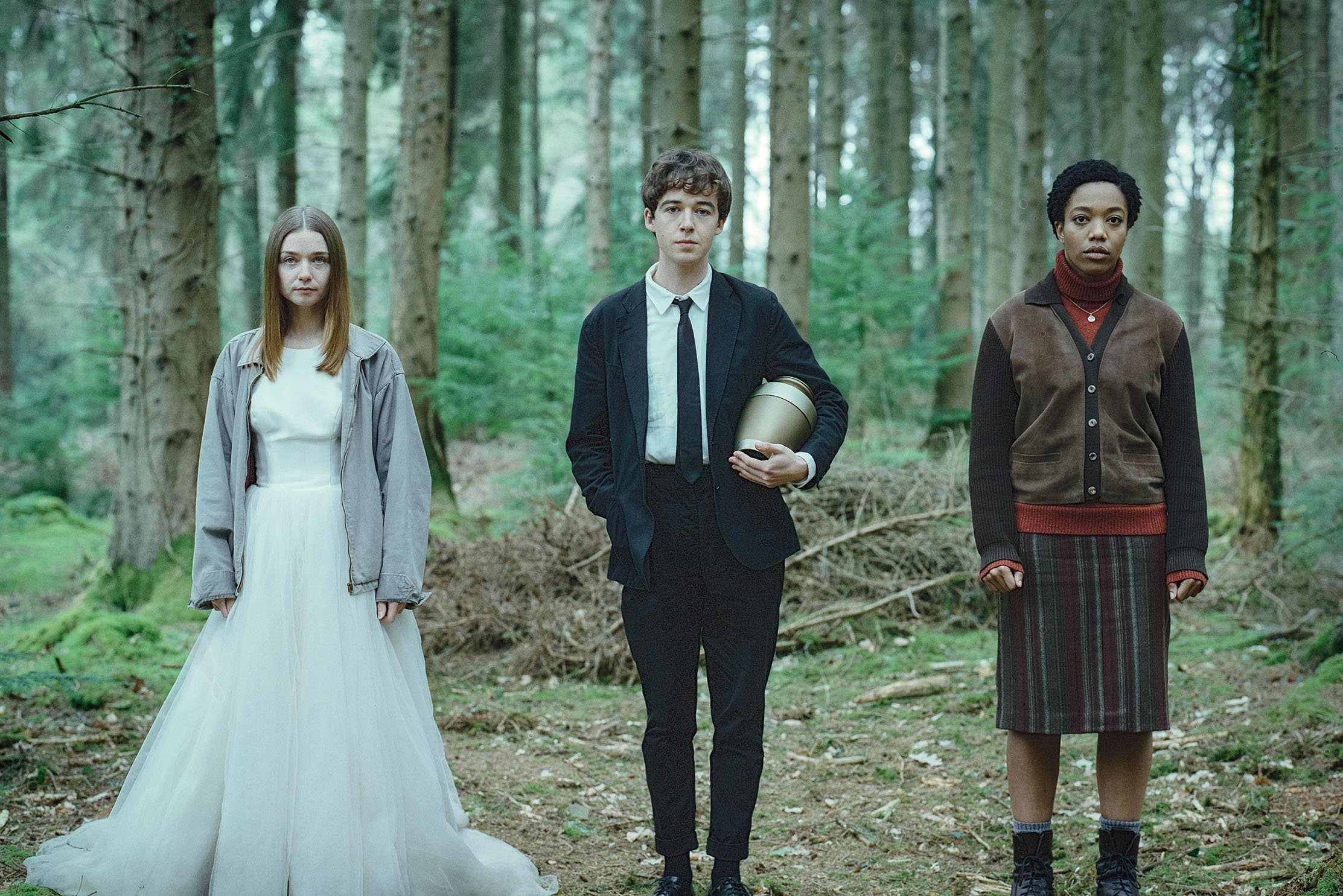 THE END OF THE F***ING WORLD

This dark comedy-drama is based upon a graphic novel of the same name by Charles Forsman. It follows James, a self-proclaimed psychopath and Alyssa, a rude and rebellious teenager. Alyssa sees James as an escape from her home life while James intends to kill her, as he wants to expand into murder. And so, they travel across the country together. 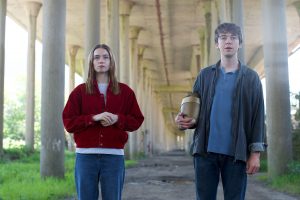 The series was nominated for a Best Drama Series BAFTA, which on its own suggests this series may be worth a watch. Many people look past the show, thinking it will be another piece of teenage rubbish or not realising what the actual premise is. The narrative really adds to the original work’s content, in particular regard to the main characters portrayed by Alex Lawther and Jessica Barden. 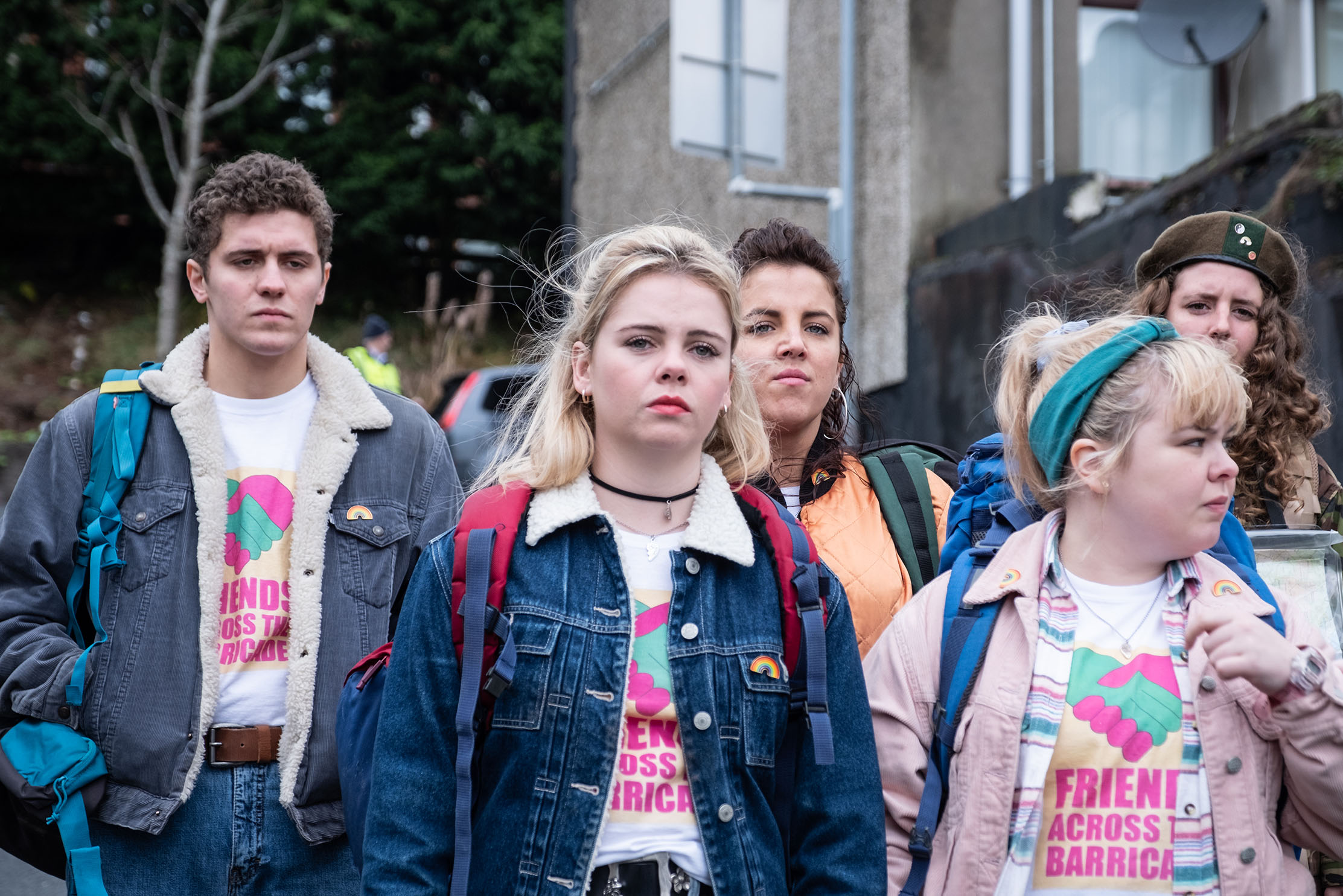 Derry Girls is in some ways similar to the hilarious teenage sitcom – The Inbetweeners.  It is a black comedy about a group of teenage girls attending a very strict Catholic girls’ school, who are constantly getting up to mischief. The show is set in Derry, Northern Ireland during the 90s, at a time when the country was surrounded by political controversy. 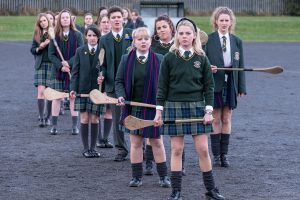 It features some very funny and memorable characters, such as Erin Quinn whose dark sense of humour and sarcastic tone often get her into a lot of trouble, Orla McCool, Erin’s cousin, who is almost the complete opposite. And Claire Devlin, the leader of the gang and the one who isn’t afraid to get her hands dirty. The show has so far had two series put out, but a third one is set to come out later this year. 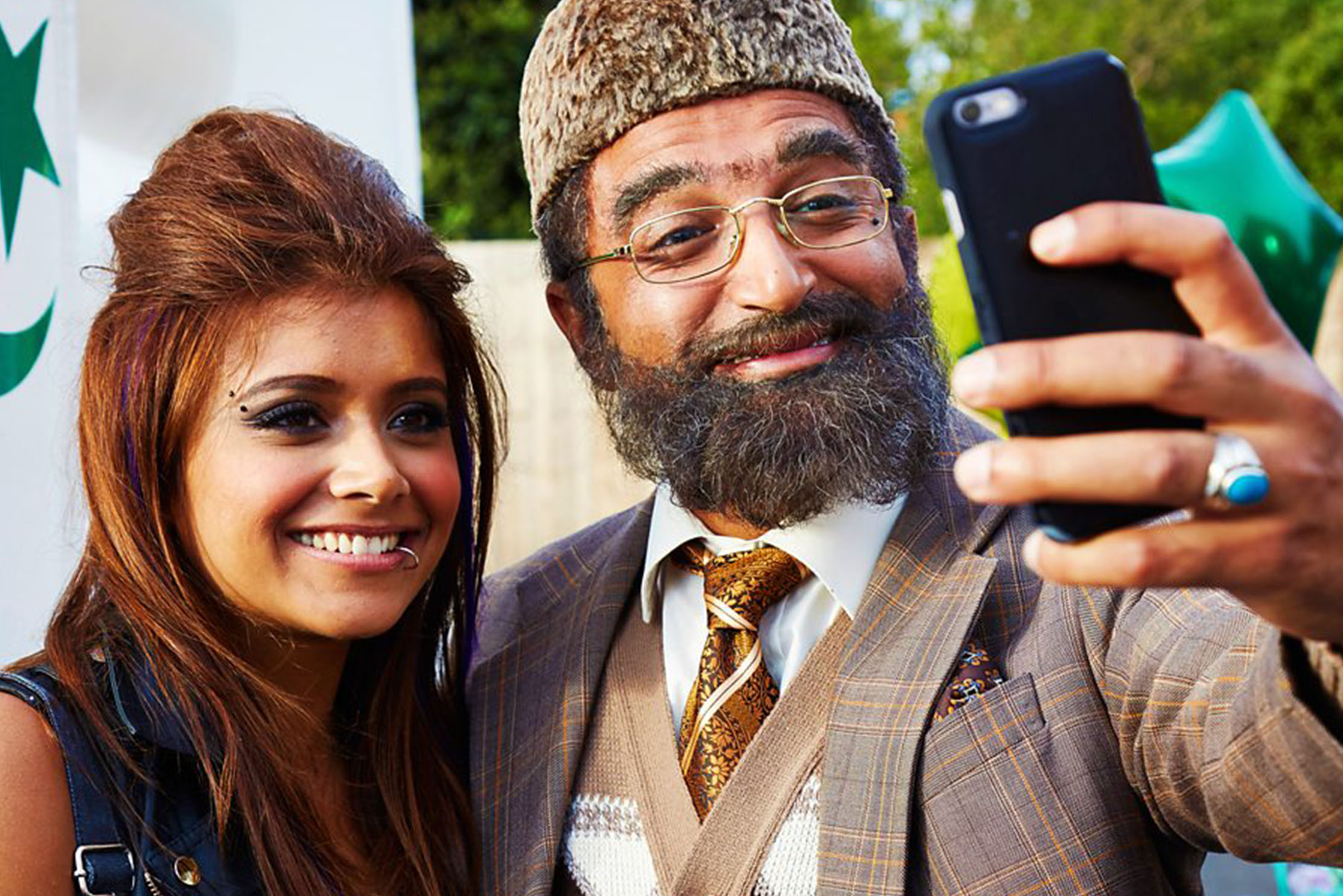 The hilarious Citizen Khan also makes our list. When you think of British comedy, this show often flies under the radar for most people.

It stars Adil Ray as Mr Khan, a British Pakistani man who believes himself to be the leader of his Muslim community in Sparkhill, Birmingham. But, his loud-mouthed nature gets him into some very comedic situations. 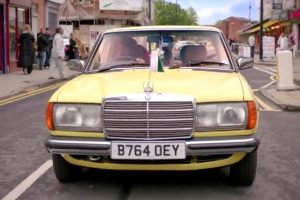 Citizen Khan has five seasons as well as some equally funny Christmas specials and was critically well-received. This series portrays the great diversity with the UK and gives unique insights into Muslim households, obviously exaggerated for comedic effect. Citizen Khan also does a good job of showing the roles of Muslim women through Mr Khans wife and daughters. 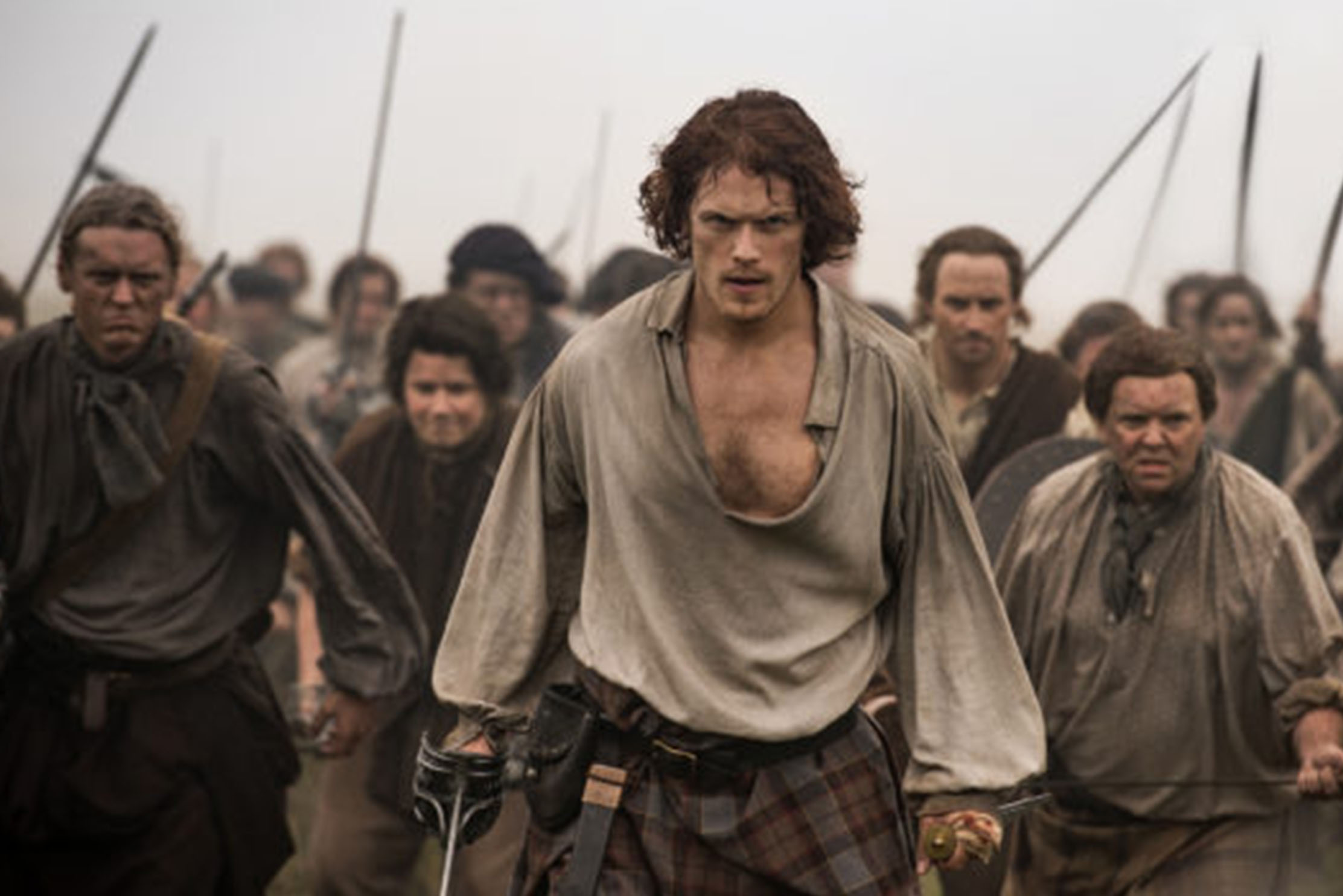 A historical drama set in Scotland; Outlander is based upon the novel series of the same name by Diana Gabaldon. The series follows Claire Randall, played by Caitriona Balfe, a nurse from 1946 who travels back in time after visiting Inverness. The show details her new life in 1743 Scotland where she marries highlander Jamie Fraser, played by Sam Heughan. 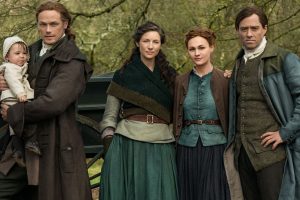 The series has been largely praised by critics and won many awards despite having relatively low viewing figures across each of its seasons. Historical dramas are not everybody’s cup of tea, which is likely why such a good series like this one does not get the attention it deserves. Contains a lot of action and romance. The fifth season of Outlander is currently airing with new episodes being released on Mondays. 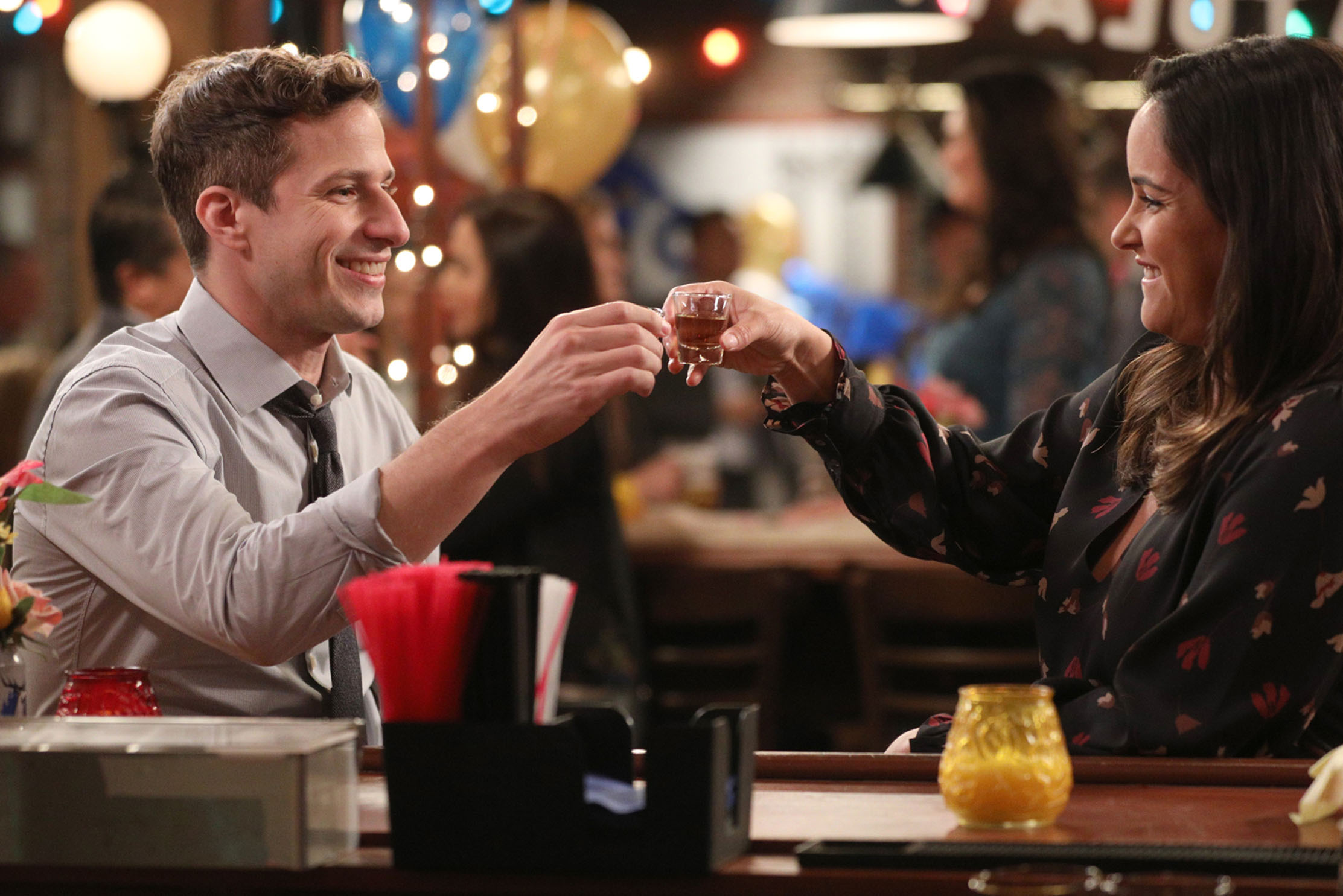 Follow the lives of the crazy Brooklyn Police Department, when not out serving their community and solving crimes, they are constantly battling each other and trying to balance egos. The show stars Andy Samberg as the immature Detective Peralta, who is constantly butting heads with the team’s commanding officer, the very serious Captain Raymond Holt (played by Andre Braugher). 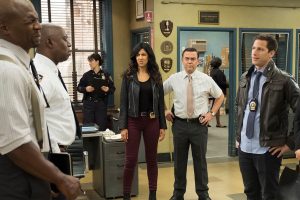 Also starring is Melissa Fumero, who portrays the nerdy Amy Santiago. There’s also Terry Crews, as Sergeant Terry Jeffords, a family man who is too scared to go back into active police work because of his fears being killed and leaving his children fatherless. Brooklyn Nine-Nine comprises of six seasons and a seventh one is set for release later this year. 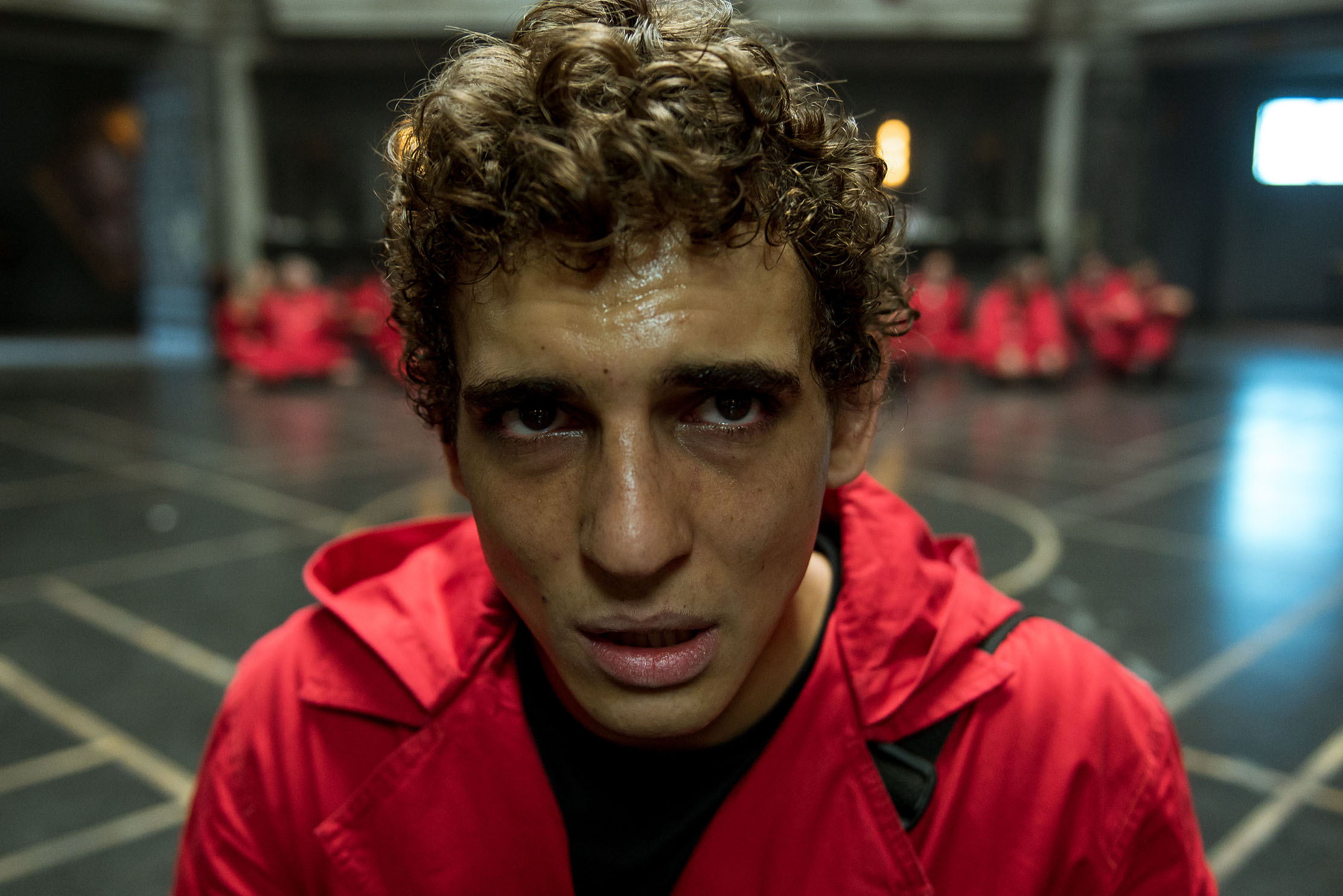 Money Heist is unique amongst shows on this list for one reason. It’s in Spanish. This is obviously one reason why the series is not so popular, despite being available on Netflix. The premise of Money Heist is a huge bank robbery. The perpetrators, all code named as major cities, carry out their long-prepared heist in a thrilling sequence of events. 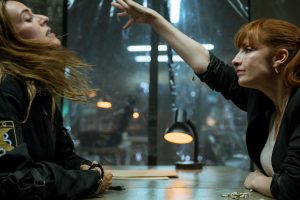 Created originally by Alex Pina, the Netflix version of the series an edited version aimed at a worldwide audience. For those of you who like thrilling scenes and suspense, this series has it in abundance. For those who don’t mind subtitles, this series is highly recommended. 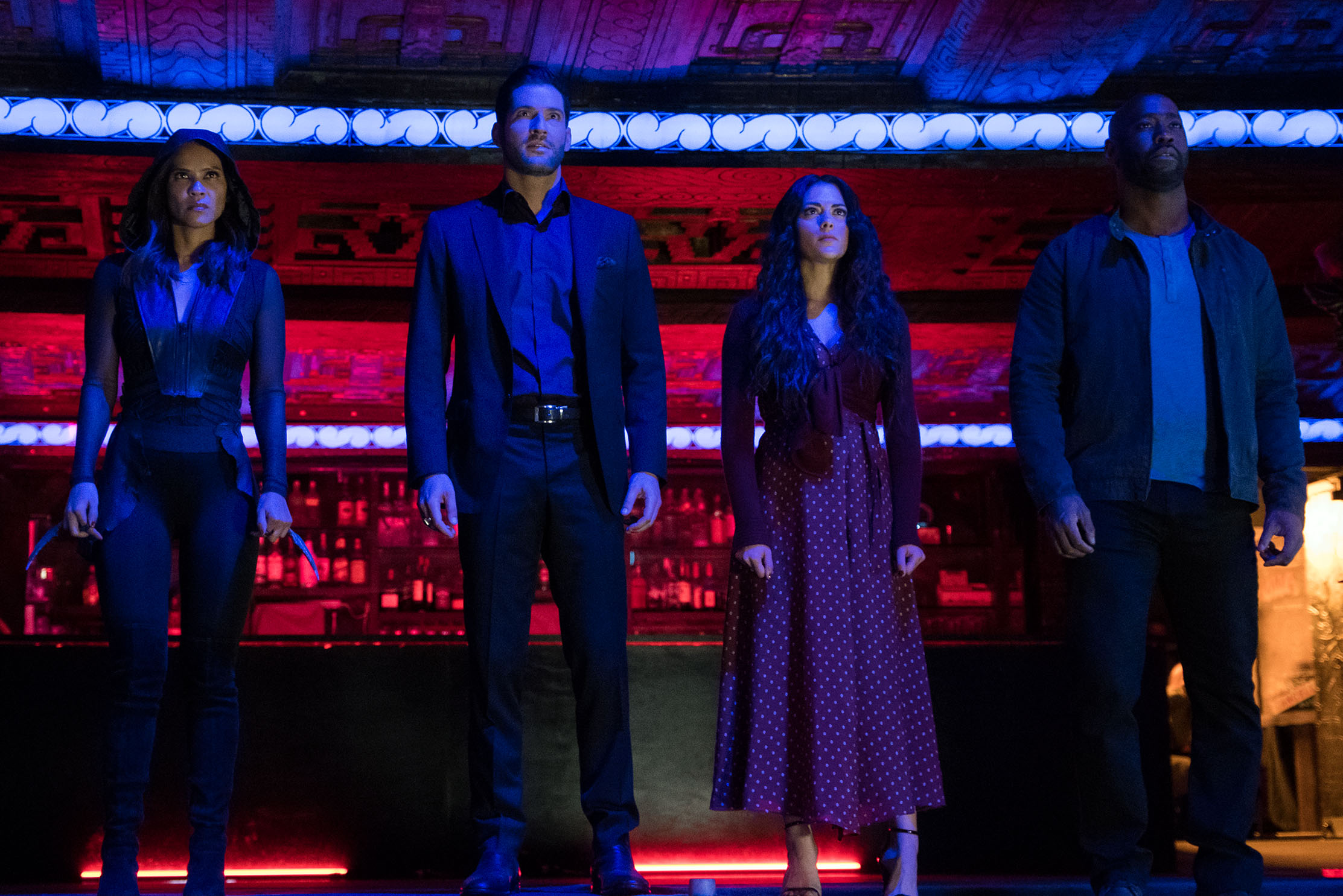 This American series follows the Devil. He’s bored with his life as the ruler of hell and winds up in Los Angeles looking for some excitement. The main character, Lucifer Samuel Morningstar, is played by Tom Ellis and based on the DC comics character of the same name. Lucifer runs a high-end nightclub and is a consultant for the Los Angele Police Department in his time on earth. 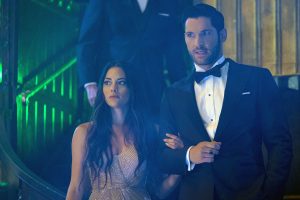 He also develops a very intimate relationship with detective Chloe Decker. The show has been somewhat overlooked after recieving mixed reviews for it’s opening season, even though subsequent ratings picked up. The series was initially cancelled after being shown on Fox during its third season, however Netflix picked it up for a fourth outing with a fifth to be announced. Now, the first three seasons are available on Prime Video. 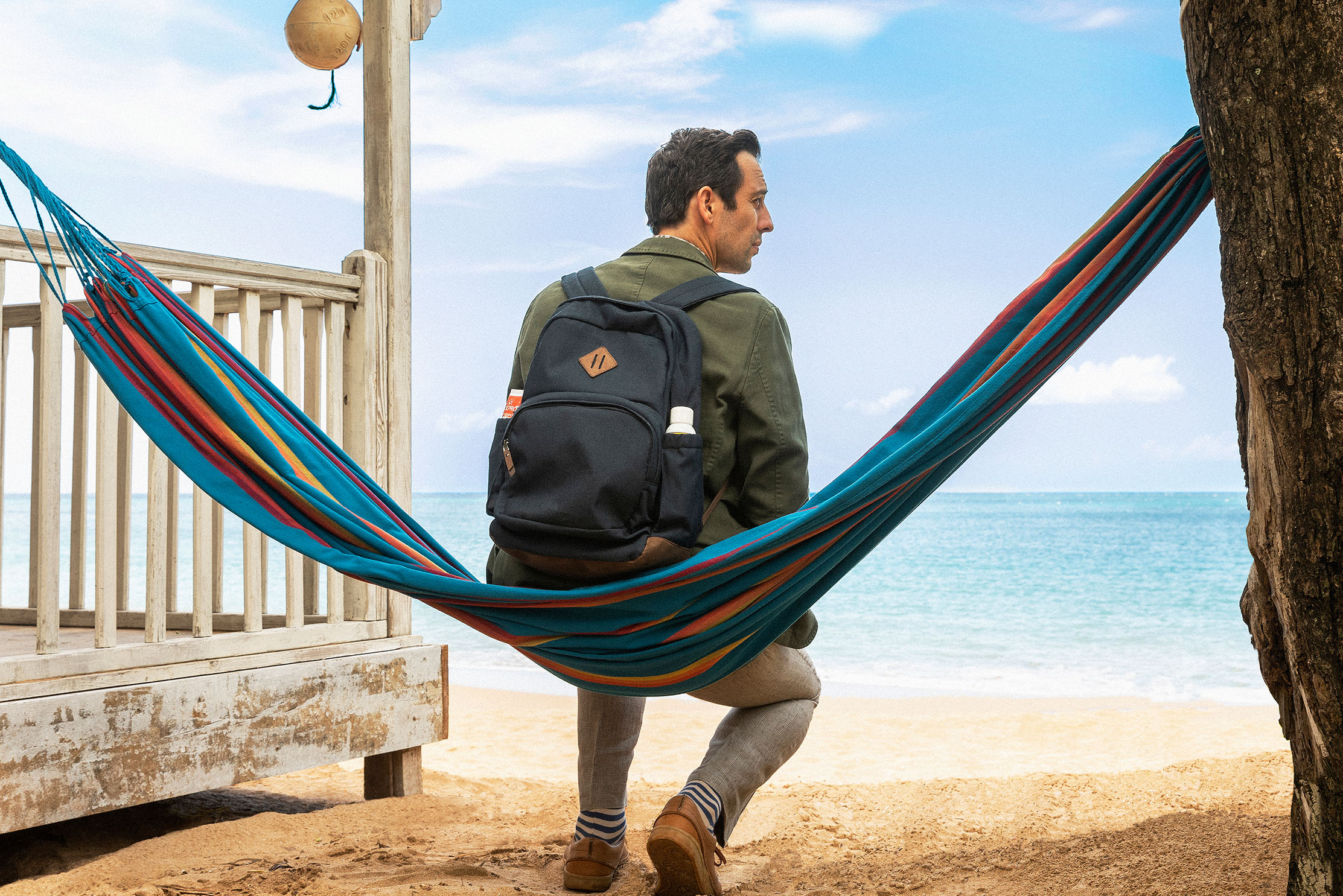 Another one of our older series, Death in Paradise tracks various English detectives as they work with the police on the Caribbean island of Saint-Marie. Each episode follows a similar premise in which a crime is investigated by the team and eventually solved by the end of the programme. Every case has elements of mystery to keep the viewers guessing at who the perpetrator was. 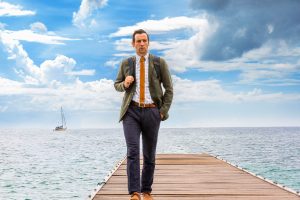 The show’s simple and similar narrative structure has been taken aim at by critics, which has put people off watching, but the cast offers a well-balanced blend of seriousness and goofiness throughout all nine series. In addition to this, there’s some stunning scenery on the island, which is featured heavily throughout the episodes.