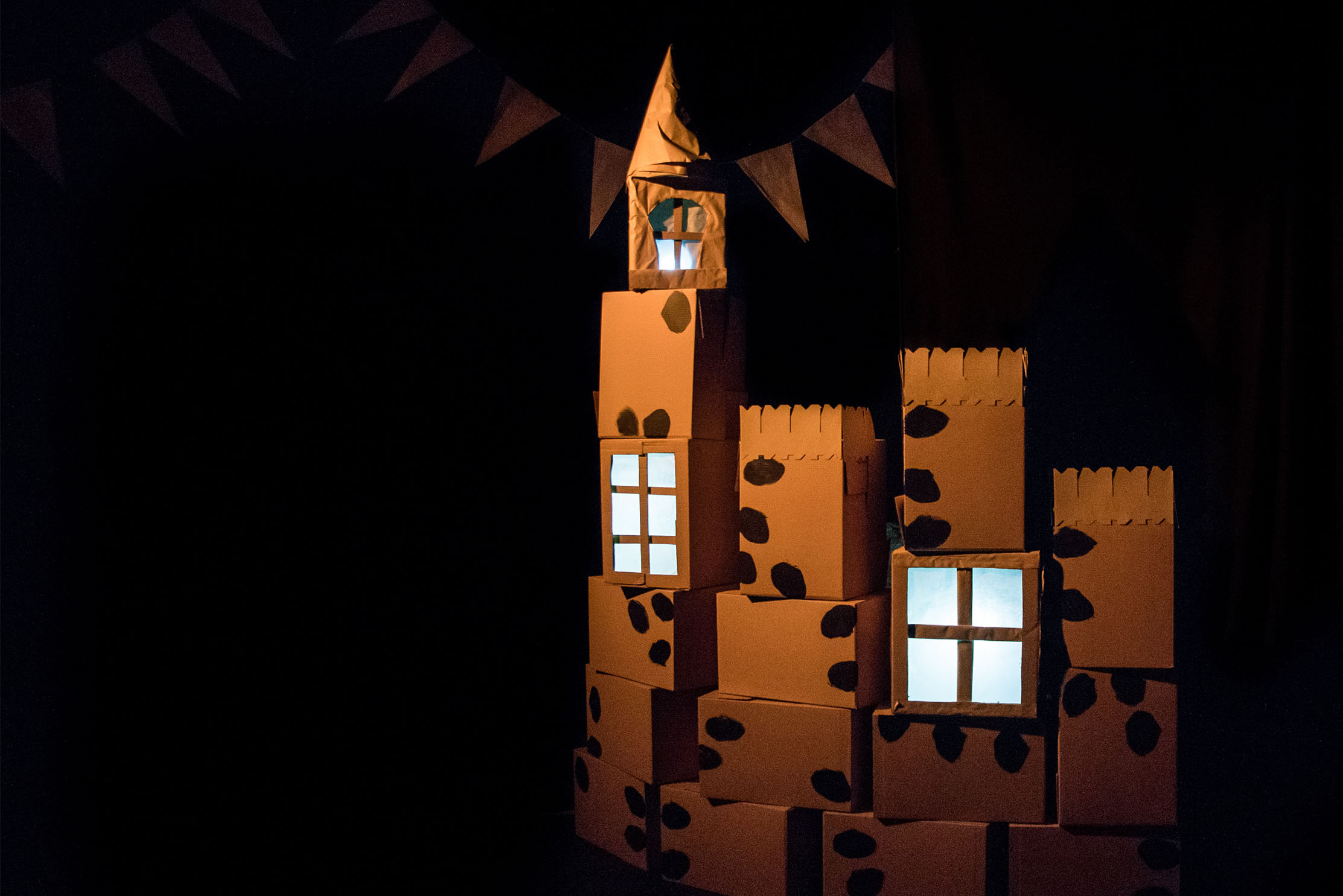 Beauty and the Beast at Brighton Fringe – review

Jeanne Marie de Beaumont’s classic tale Beauty and the Beast was retold for children at this year’s Brighton Fringe.

Jellyfish Theatre Company made their Fringe debut at The Warren’s Blockhouse Theatre.

Sarah Simpson wrote and directed the adapted tale which revolved around cardboard props. While the props were creative, the cardboard world overall was surprisingly colourless considering the target audience was children aged four to seven years old.

Thankfully colour was introduced with the magical rose and a costume change for Beauty, played by Kayleigh Barnes.Â Before this I was beginning to worry the young girls dressed in their princess costumes were going to be disappointed but all was well.

The audience were well entertained and seemed to enjoy the full performance, of approximately 55 minutes. Four talented actors took on a variety of roles to tell the classic story of a handsome prince refusing shelter to a hungry old lady. 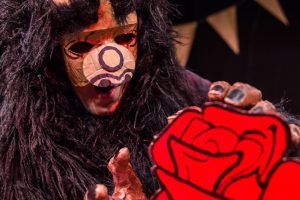 urious, she casts a spell which turns him into a beast. Only the love of a beautiful young girl can lift the curse. The way the actors, in particular Linus Karp playing the Beast, and Sam Peterson who played Beauty’s father, reacted to the young audience members’ comments was comical, quick-witted and fun to watch. As the audience shouted out what Beast and Beauty should do while in the castle the actors combined a well-known tale with improvisation.

The high energy levels were combined with some song and accordion music played by Hannah Harris who enchanted the audience with her spells as the old lady. The audience tried to join in casting the spells with words and actions.

Although the words were initially slightly complex for the audience, towards the end more and more people got involved and the spell words grew louder. The use of lighting and sound effects created a great journey for the audience to go on. When Beauty rides to the castle, the lighting dims enough to set the scene of the forest but it does not get too scary for the young audience.

Sam and Paul Kirwan took their six-year-old nephew who enjoyed the show. Sam said: “It was definitely worth the money. The improvisation was great; the way the children were shouting out and involved in the play was really impressive.”