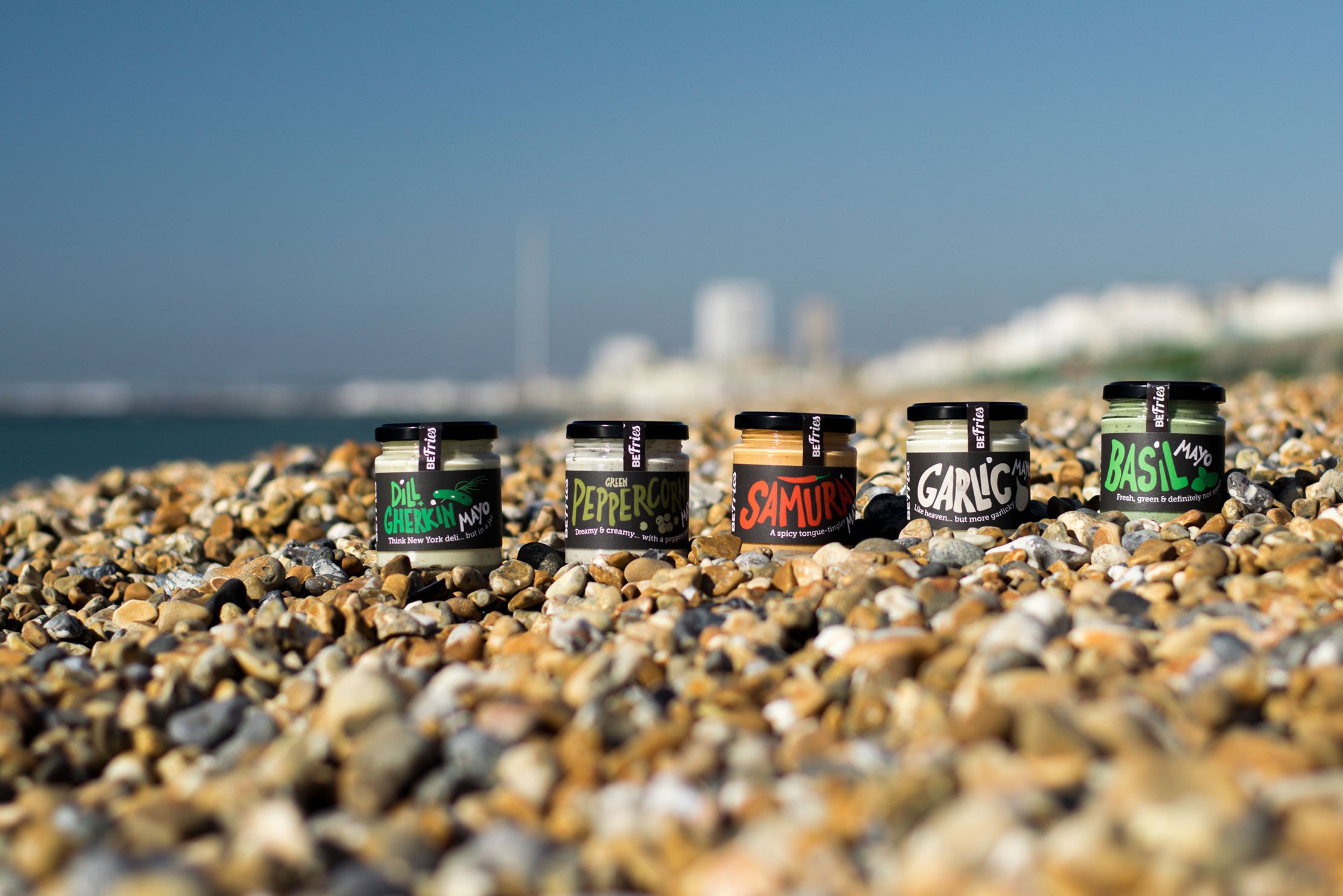 Multi award-winning independent chip outlet BeFries are taking their business to the next level. Now their much-loved range of tasty sauces are being released nationally.

This new sauce brand is called BeSaucy, and launches on Mon 8 July 2019. It’s being supported by a Kickstarter campaign which runs for 30 days. The target is £30,000, which will help to fund a new kitchen and manufacturing equipment, upscaling their production capabilities.

BeFries already sell a small range of their sauces — which include vegan black truffle, vegan garlic and dill and gherkin mayonnaise — in their shop on West Street, allowing customers to take their favourite condiments home with them. 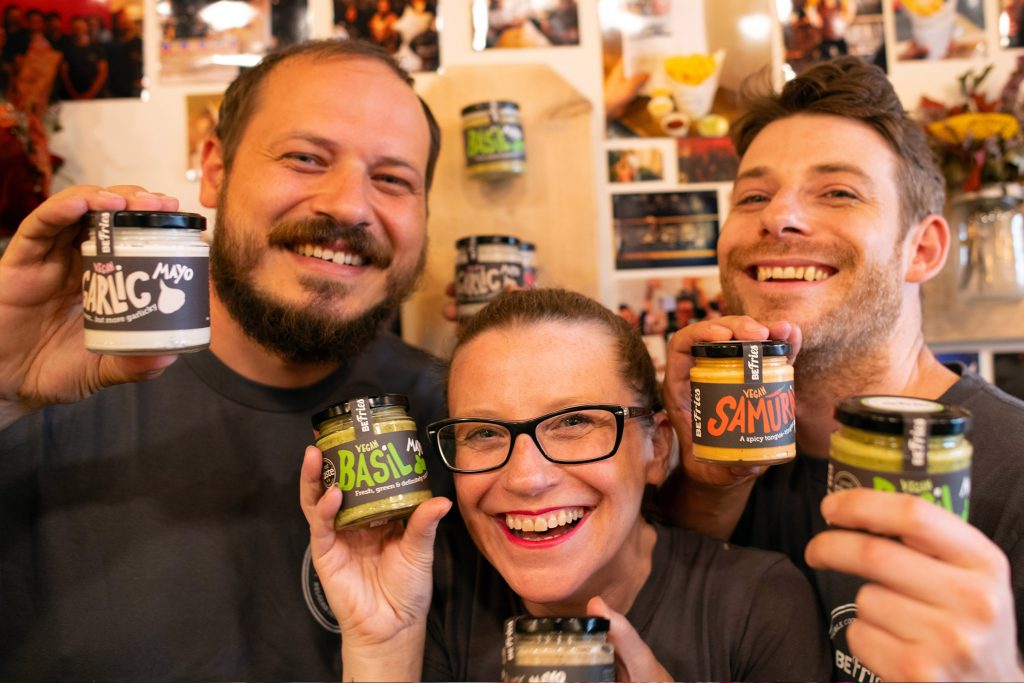 “We’ve been blown away by the support we’ve received from the community since we launched in 2016,” said BeFries co-founder Dashal Beevers. “The popularity of our sauces has gone through the roof, and we’re now looking to become the country’s biggest producer of artisan sauces, especially our vegan range.”

To incentivise donors and reward customers for their ongoing support, the Belgian fries brand will be releasing additional jarred versions of some of their diners’ favourite sauces, and will create new flavours exclusively available to the backers of the crowdfunding campaign.

There will also be several exciting experiences and prizes available for supporters, including private dining events, one-off merchandise, lock-ins, and many more. These special rewards will be gradually released across the course of the 30-day Kickstarter campaign, which will also take independent donations until 11.59pm on Weds 7 Aug 2019 – two days after the outlet’s third birthday.