We look at some unmissable small screen festive fun

Here we go. If you’re lucky, Christmas brings a few days to meet a few loved ones, eat, drink, be merry and fade in and out of consciousness with your trotters in a box of Celebrations. For over 670 years, a big feature of Christmas has been the TV specials. A chance for everyone to gather round, feel festive and wonder who this ‘Eric and Ernie’ is that Nanna keeps rambling on about. However, there is a world away from guessing which Eastenders character will die or fall into a Christmas tree after being punched. To help you find the golden pennies amongst the discarded wrapping paper, we’ve assembled a handy guide to the best seasonal treats on offer for 2020. 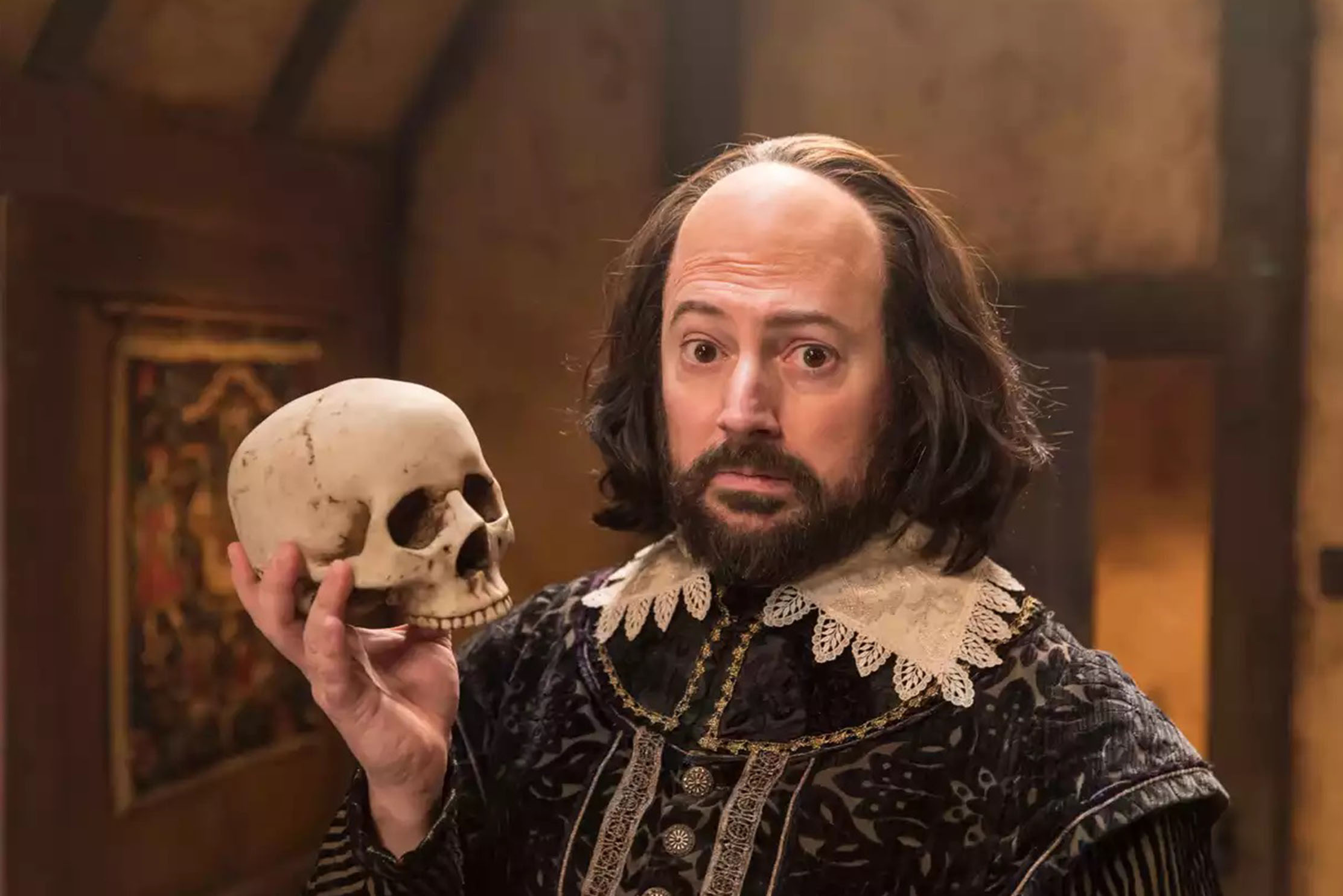 Ben Elton’s raucous Shakespearean sitcom reminds us that Britain pandemics without bubble-gum-scented hand soap, paisley facemasks and Bill Gates micro-chipping the population. David Mitchell’s Will views the plague’s lockdown as the perfect opportunity to write a career defining play. But can he find inspiration without Zoom parties and daily briefings from Nicola Sturgeon?

THE GOES WRONG SHOW: THE NATIVITY 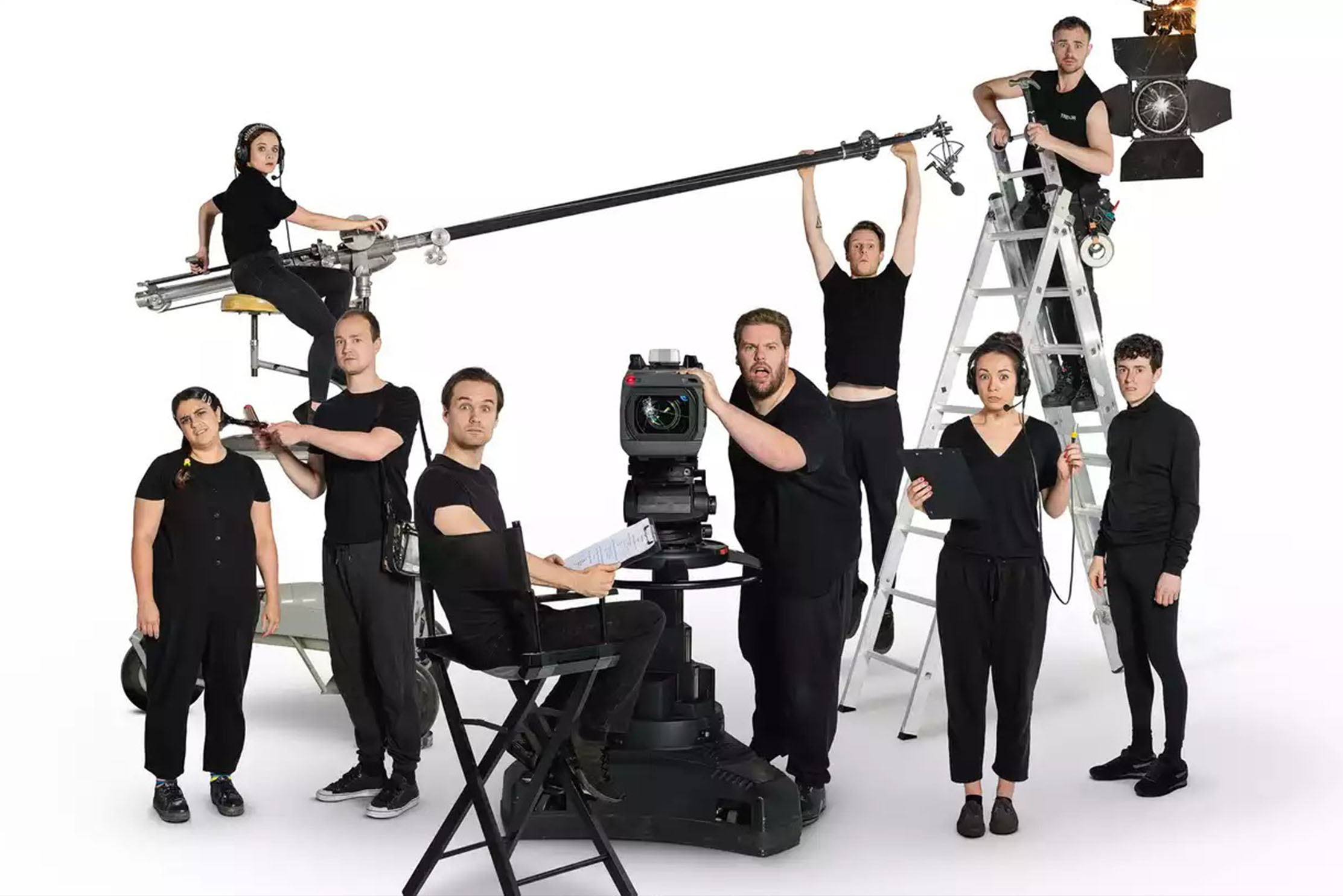 Mischief Theatre’s brilliant small screen transference continues, as they take The Cornley Dramatic Society into a Christmas production. Their new sponsor is causing problems, they’re dogged by dodgy stage mechanics and there’s a distinct lack of harmony inside the donkey. Ingenious and chaotic, it’ll be a big hit this season. 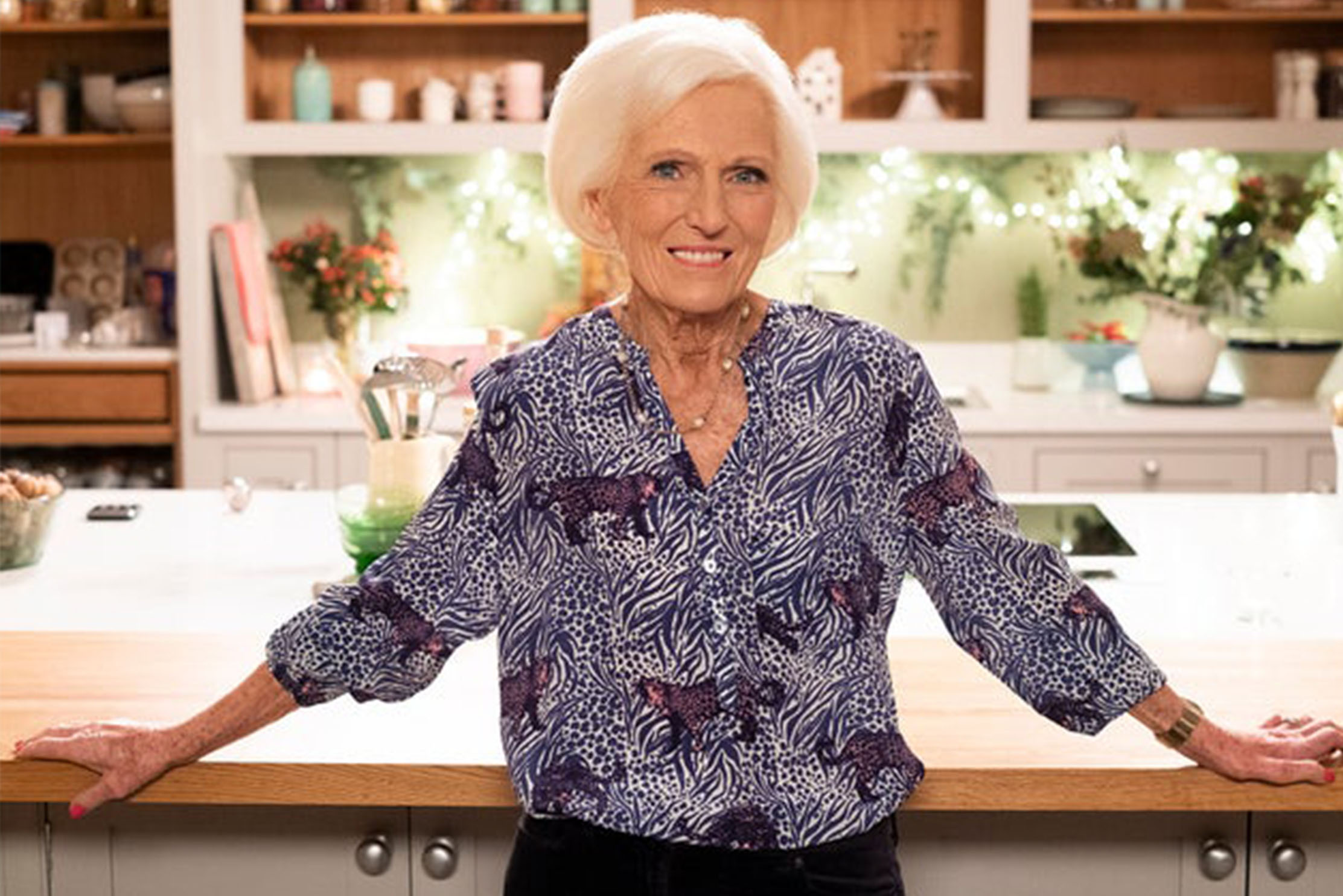 Celebrity chef heavyweight Mary Berry whips out a tasty festive cookery special. With some steely determination and fire in her veins, she shows three novice cooks (a zookeeper, a customer service representative and a bra fitter) how to smash out the best Christmas dinner ever. There’ll be no food poisoning or weeping over still-frozen turkeys. Make no mistake. 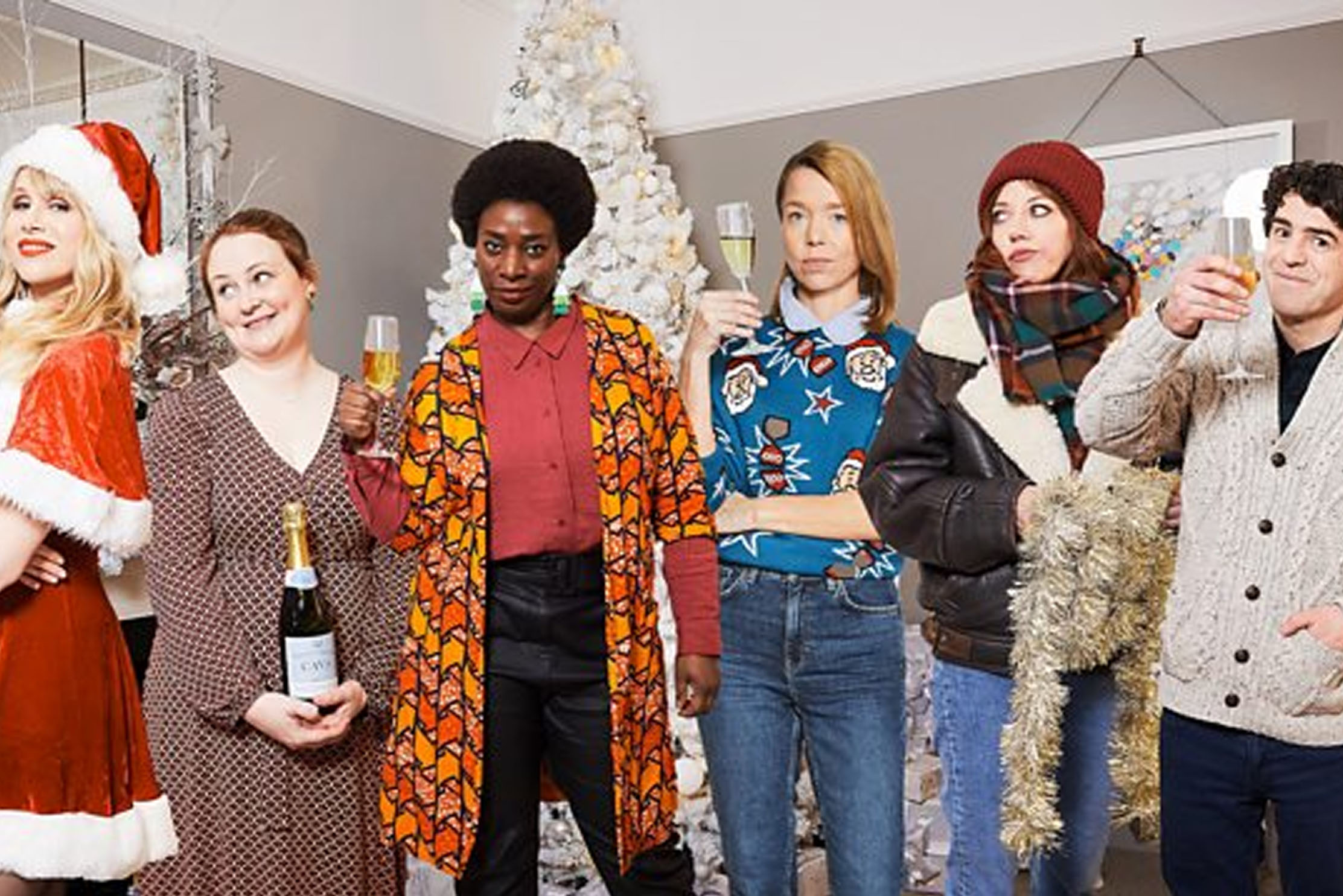 While sitcoms about parenting are common, this one cuts through the schmaltz for a hilarious and unwavering look at the joy of motherhood. Amanda’s annual festive soiree offers the true meaning of Christmas – an evil Santa, a 30-foot Christmas tree, Anne’s Christmas cocktails and strict rules about where you can and can’t drink mulled wine. Unfortunately, Julia, Kevin and Liz don’t have an invite, and with good reason. But nothing is going to stop them from trying to get in on the action. 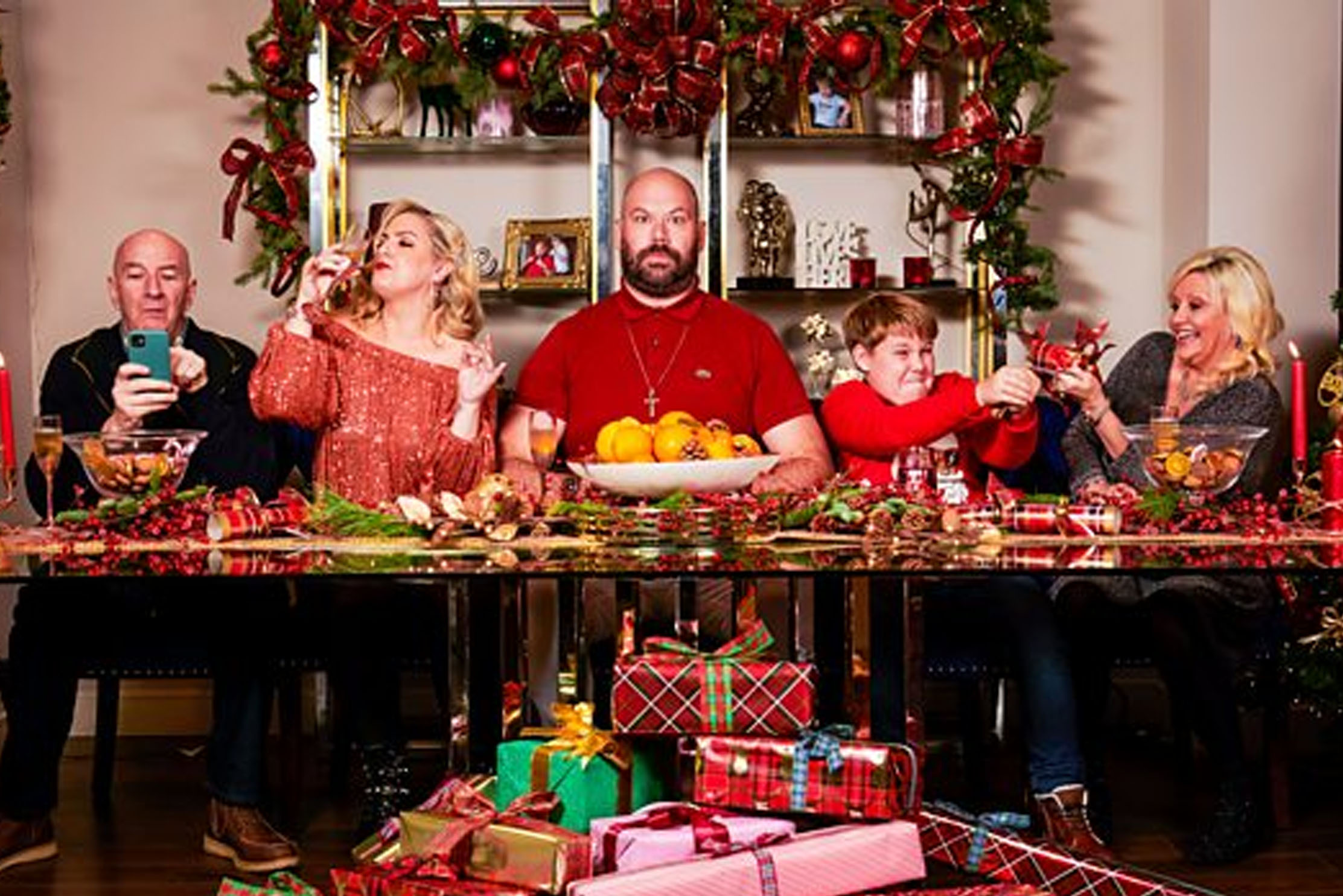 Tom Davis’s lively sleeper-hit returns. But, as usual, Gary’s good intentions are being misinterpreted. It’s been a difficult time for Butterchurn Crescent, so a magnificent Christmas display is sure to lift the spirits of the street. And our hero isn’t about to let an enormous electricity bill dampen his festive cheer. 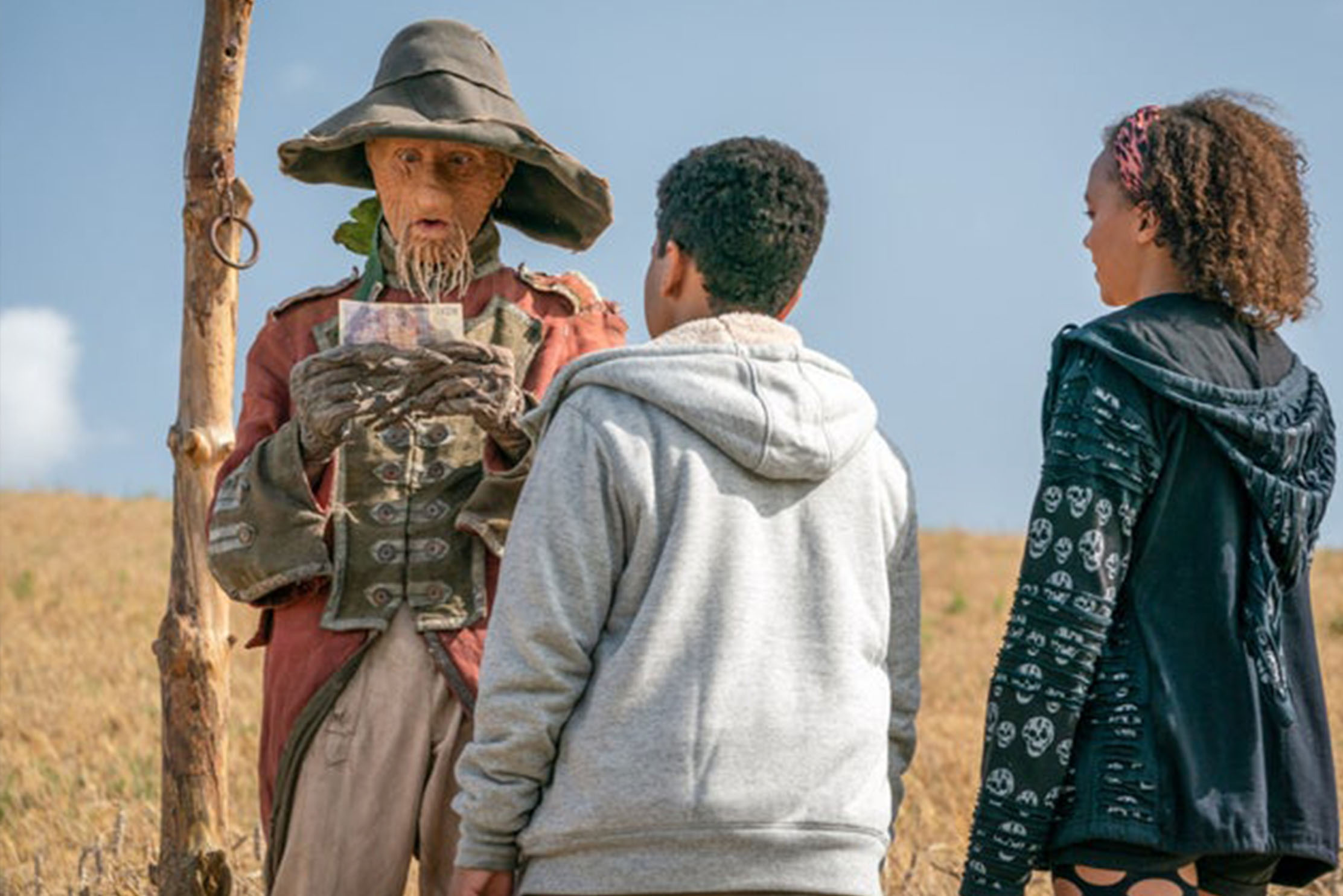 Mackenzie Crook returns as a new (and decidedly less creepy) Worzel Gummidge. The obvious choice is to take the festive fun to the seaside, where everyone’s favourite scarecrow can hook up with a ship’s figurehead. This whimsical flight of fancy is the perfect slice of family entertainment, while also providing a welcome boost for an avian deterrent industry which is currently struggling with changing identity politics.

THE GREAT CHRISTMAS BAKE OFF 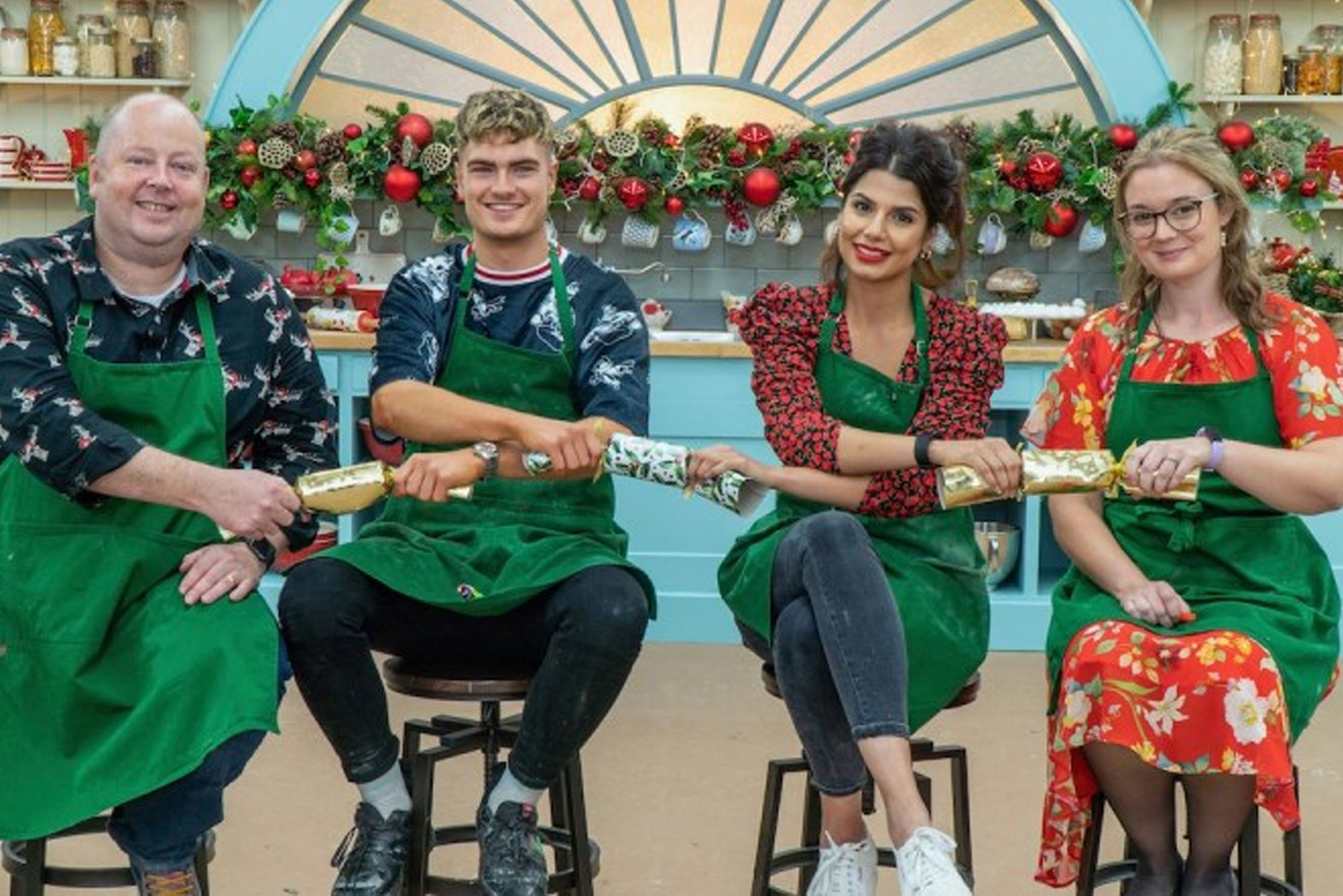 After 11 years, Bake Off has become a quintessentially English brand, watched around the world and adored by millions of armchair experts. Now happily at home on Channel 4, it’s drawing record-breaking audience with a bucolic blend of baking and brilliance. Now, Noel Fielding, Matt Lucas, Prue Leith and Paul Hollywood welcome former contestants, bare-knuckled and stripped to the waist, fighting to the death to be crowned Christmas Star Baker.

ROALD & BEATRIX: THE TAIL OF THE CURIOUS MOUSE 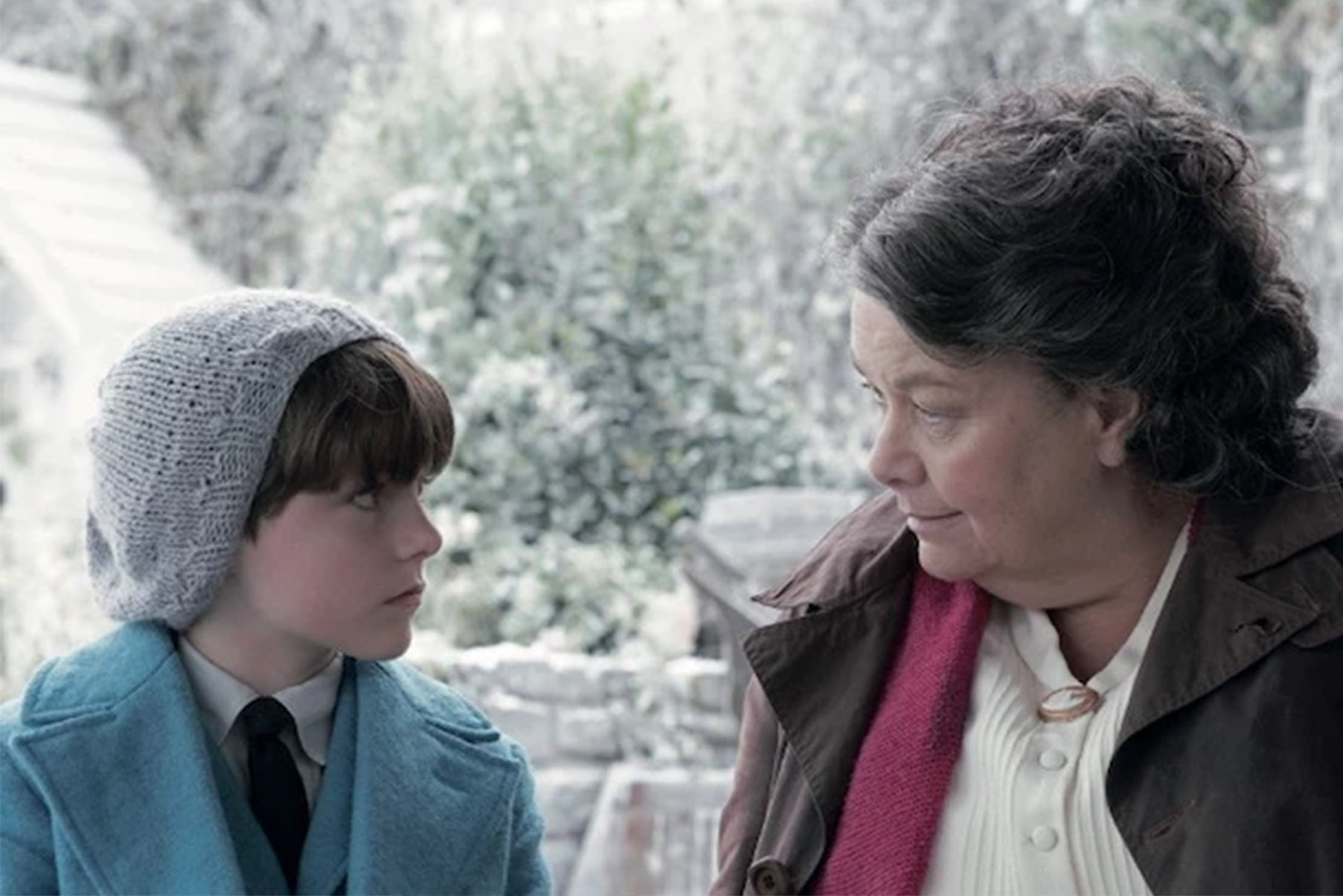 A six-year-old boy sets out to meet his favourite author, in this dramatized account of the meeting between two of the country’s most beloved children’s authors – Roald Dahl and Beatrix Potter. A superb cast of cast Dawn French, Rob Brydon, Nina Sosanya and Jessica Hynes, recreate this touching and inspiring tale.

ZOG AND THE FLYING DOCTORS 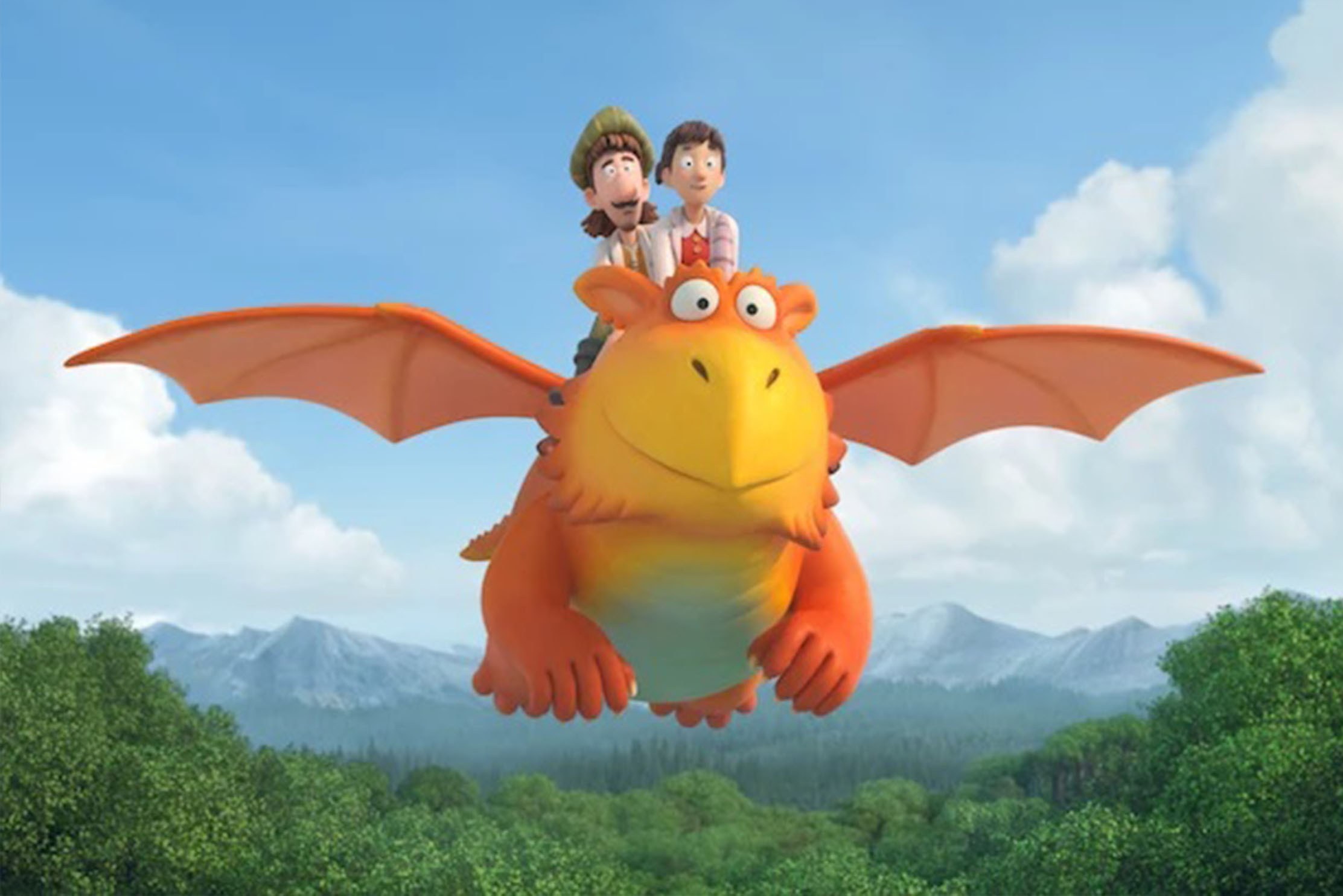 This fabulous sequel to the bestselling Zog, sees Princess Pearl, Sir Gadabout and their trusty titular dragon set up an air ambulance service. There’s much to do, like treating a sunburnt mermaid, a distressed unicorn and a sneezy lion. From the author and illustrator of The Gruffalo and Stick Man, we get Hugh Skinner, Patsy Ferran, Daniel Ings, Rob Brydon and Lenny Henry lending their voices to this family-friendly good time. 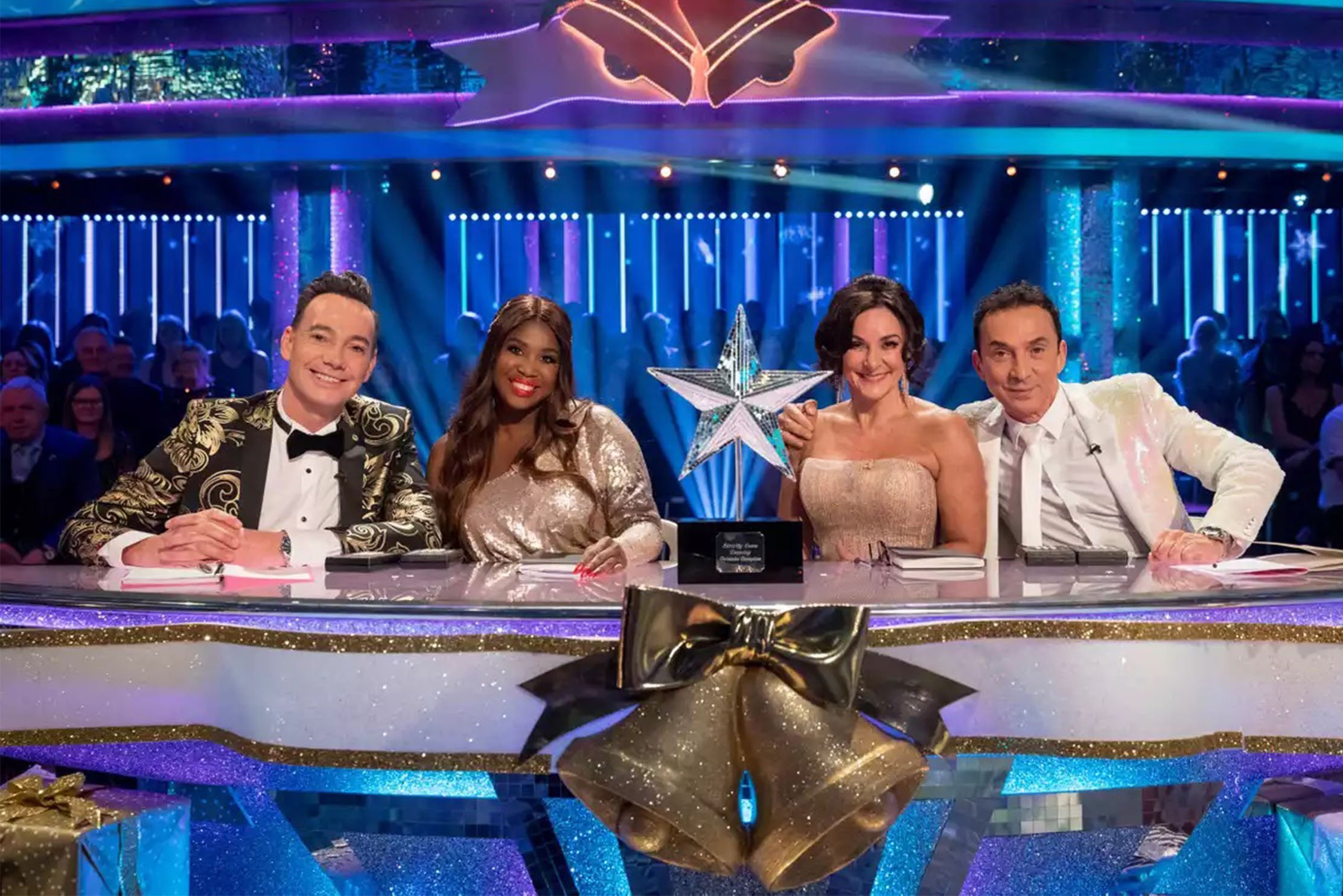 This relatively unheard-of celebrity dancing show gets a Christmas special with the 25 most memorable routines of all time – voted for by the viewers. Be wowed by the perfect 40s, winning waltzes, charming Charlestons, probably Ann Widdecombe being dragged around like a sack of spuds and Chico doing a ‘luverly whumba’ to the music from Oliver Hirschbiegel’s historical war drama Downfall, or something… You’ll all be watching this, we know! 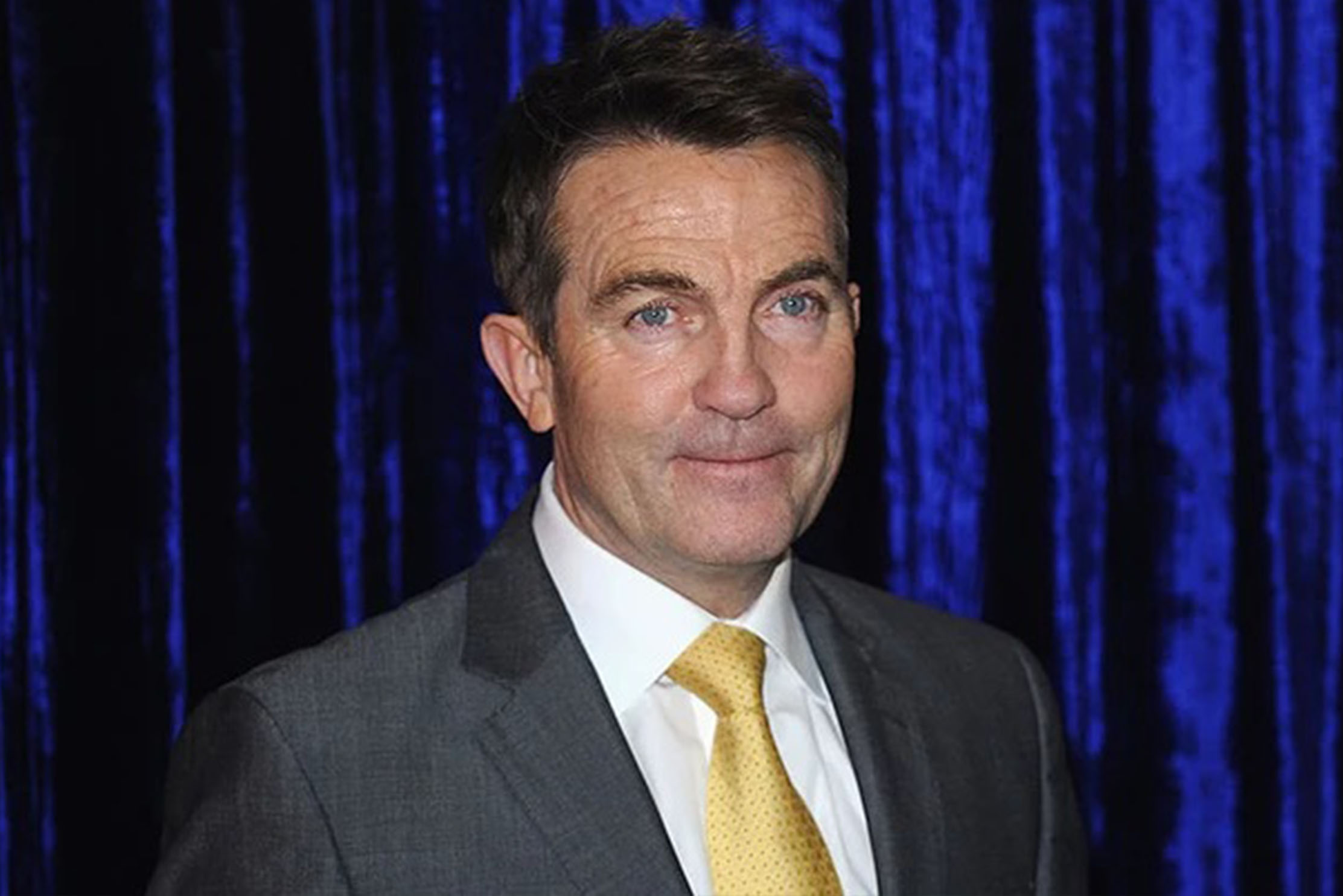 Before celebrity gameshows were clogging up every channel, Blankety Blank offered dragged in best D-listers money could buy. Now, Bradley ‘360° talent’ Walsh unleashes a special episode of this classic game show. Six celebrities compete to fill in the Blanks and win top prizes for bemused contestants. And yes, the legendary ‘Blankety Blank Cheque Book and Pen’ is making a comeback. 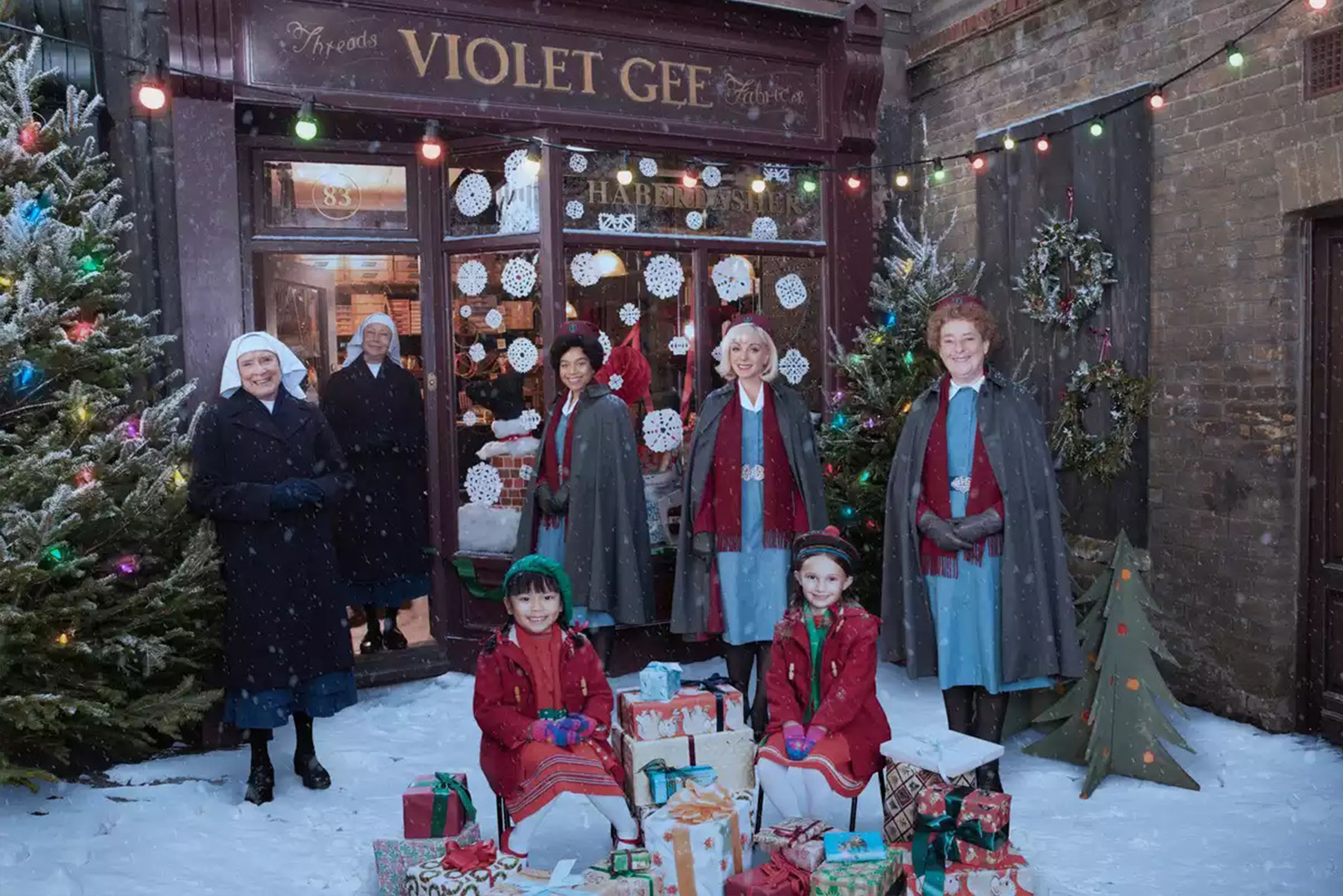 “We can see the head!” There’s no better show suited to having a Christmas special, is there? It’s December 1965, and everyone’s favourite maternity melodrama sees Sister Monica Joan rushed to hospital, while Shelagh (Laura Main) enjoys a surprise reunion which leads to an emotional (and surprisingly seasonally suitable) catharsis. 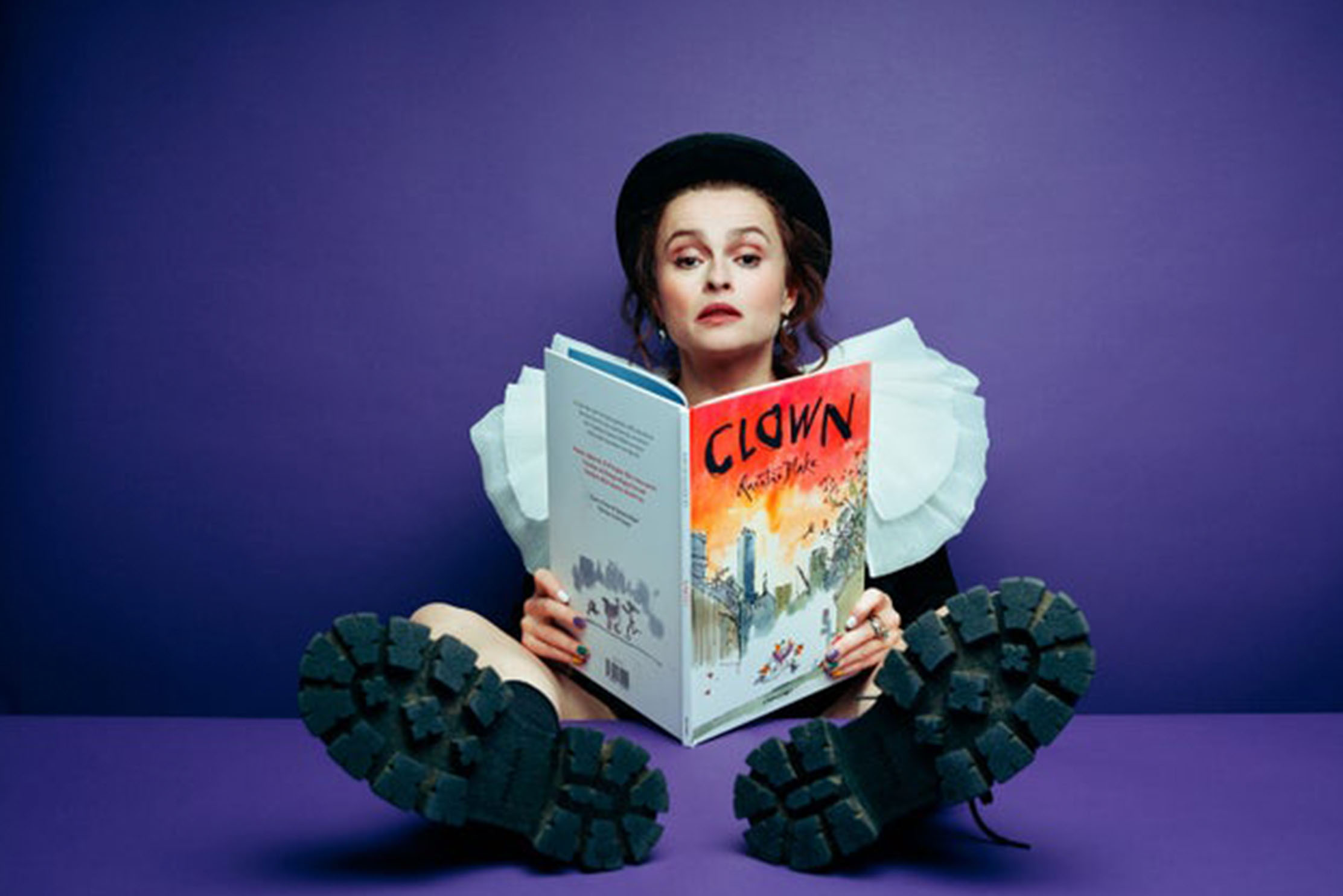 THE STORY OF SM:TV LIVE 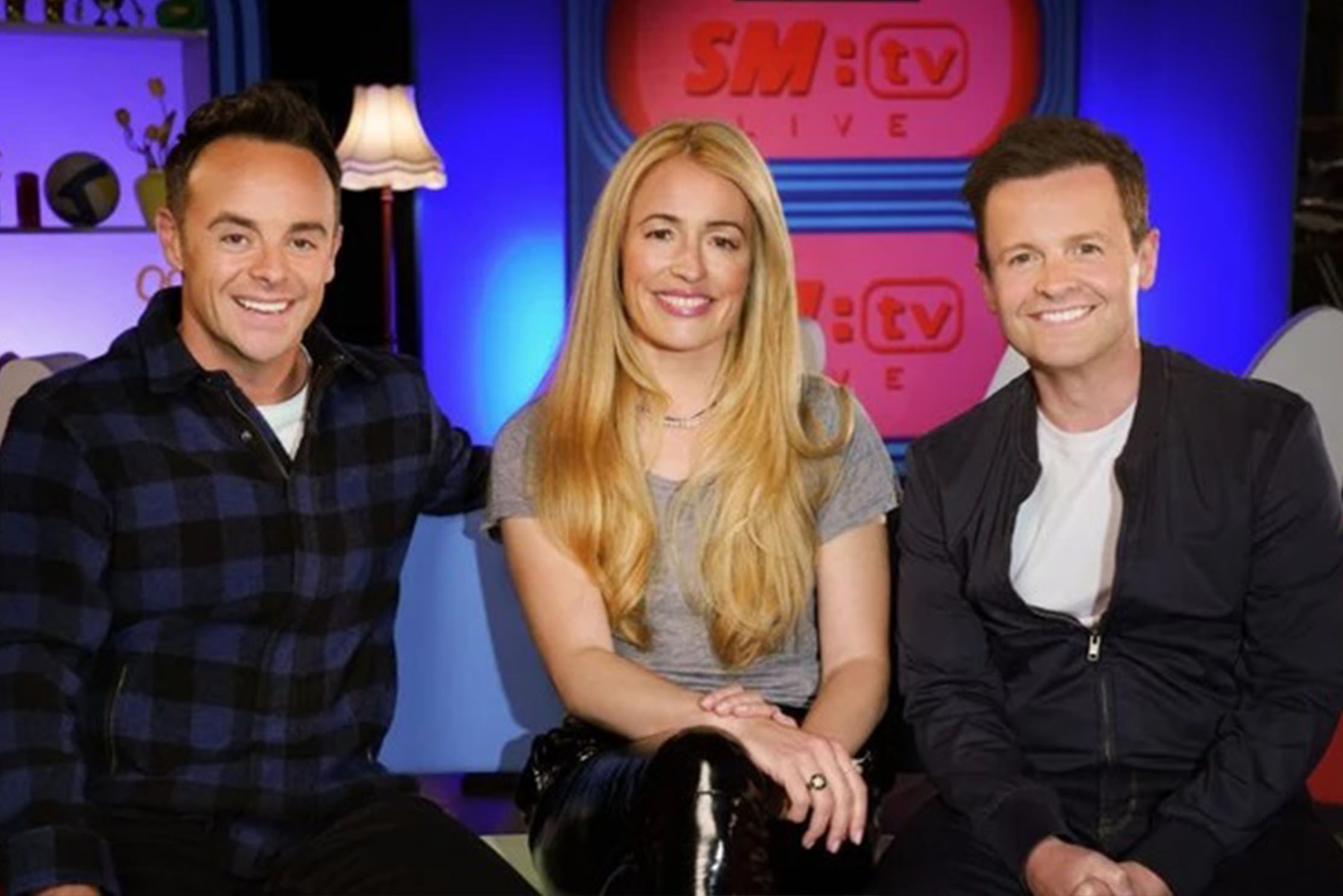 A look back at one of Saturday morning’s more chaotic offerings. The ubiquitous Ant & Dec and Cat Deeley took children’s TV to new levels with SM:TV Live. This special looks at the first three years of the show, with interviews with the stars on a recreation of the original set. It’s a perfect chance to relive the glory days of Challenge Ant, Wonky Donkey, the Postbag dance, Pokemon Rap, Dec’s crush on Sabrina the Teenage Witch and Friends parody, Chums.

THE REPAIR SHOP AT CHRISTMAS 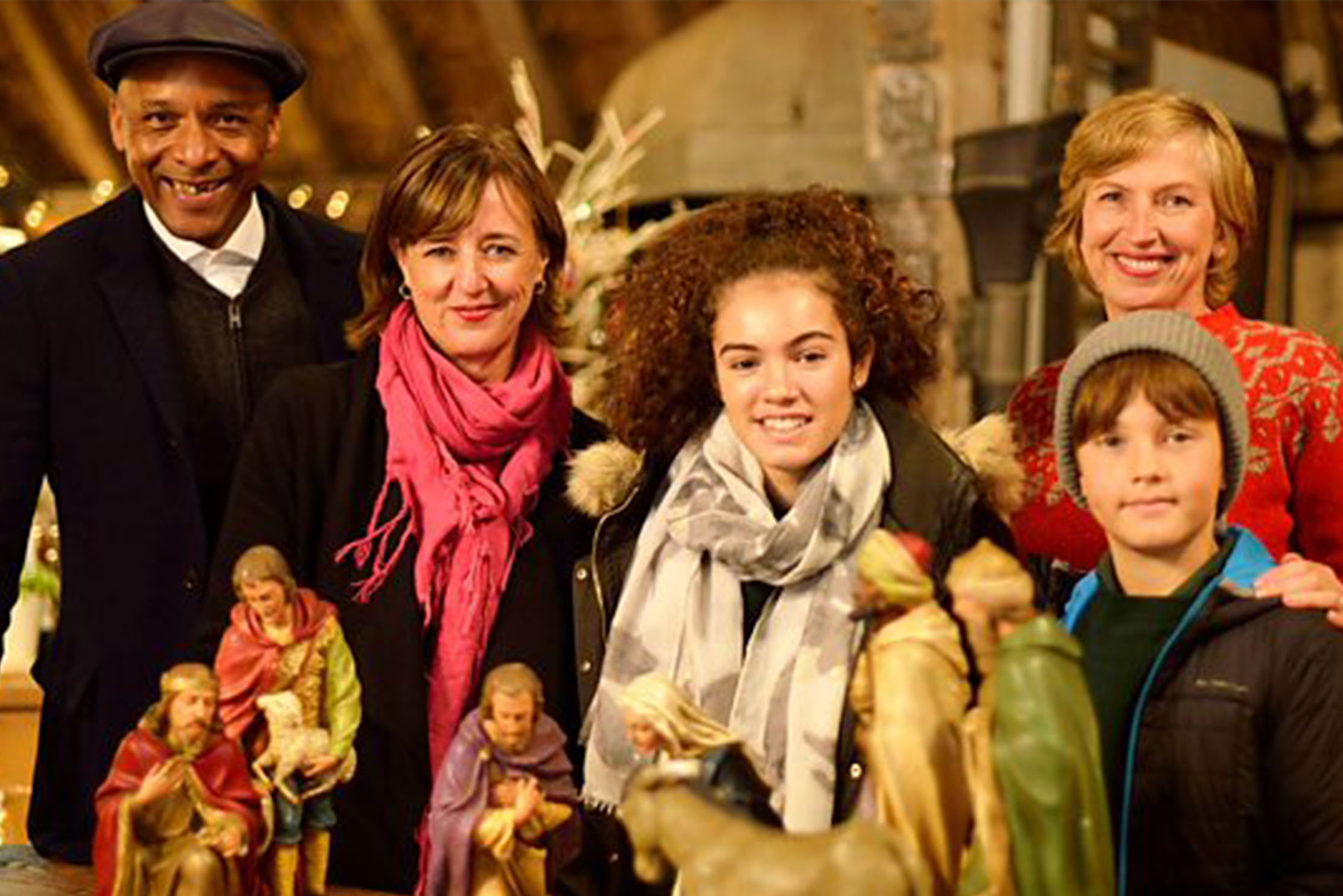 If you haven’t discovered the joy of The Repair Shop, this is a good time to get onboard. The televisual equivalent of barbiturates, it features a horde of interesting people dragging their neglected old crap to the Weald & Downland Museum. Where… it gets repaired! A perfect portion of nostalgic escapism, its Christmas episode promises to delight, as more treasured items are saved from the dustbin. 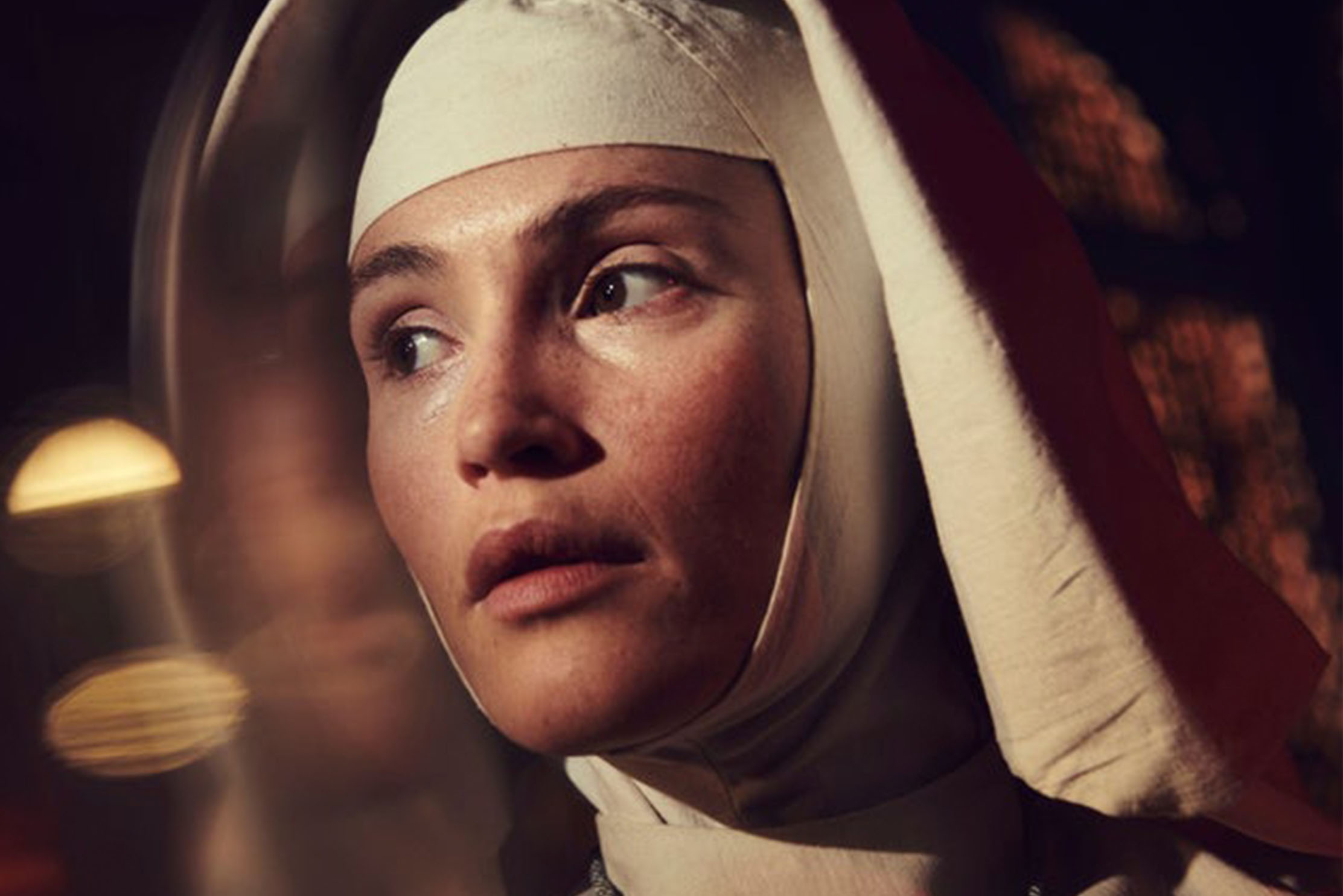 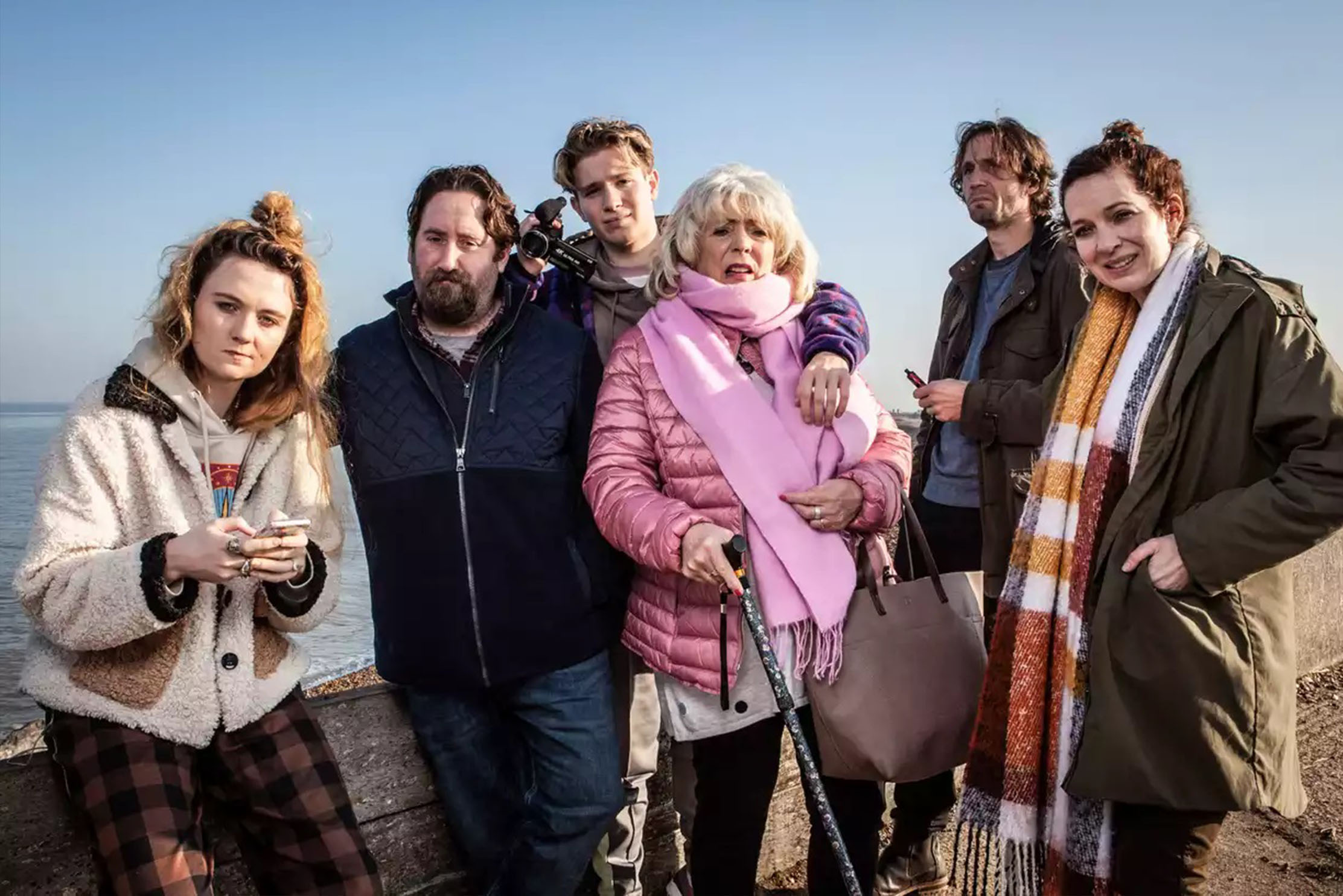 The divine Alison Steadman is joined by Katherine Parkinson, Jim Howick and Tom Basden. This one-off sitcom centred on the Jessop family sees their finances and ambitions devastated, they’ve also had to abandon their holiday of a lifetime. But, ever resourceful, they’re going to have their summer holiday anyway – only in December, and in Margate. 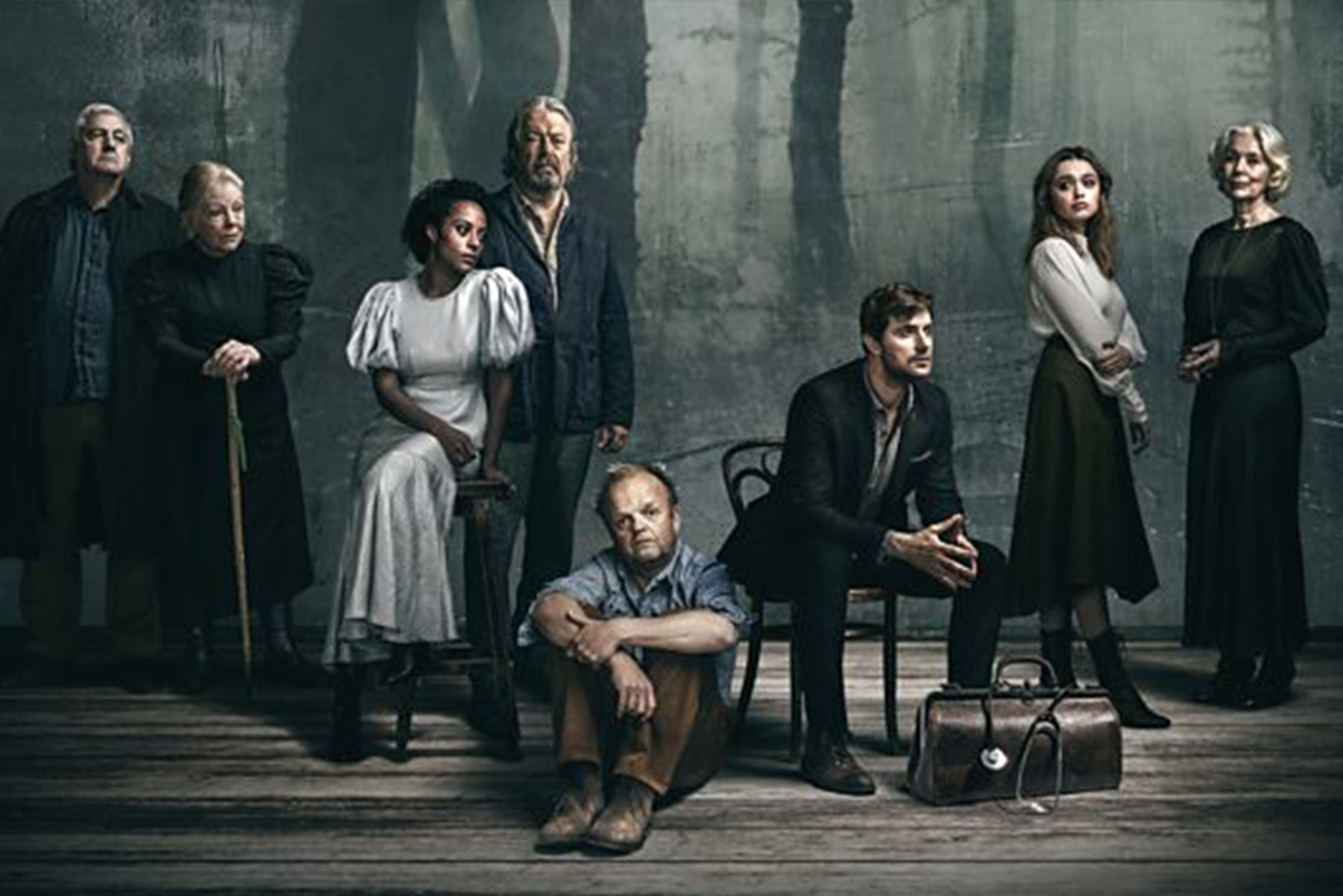 Theatre has been one of the biggest casualties of the Covid lockdown, with performances limited to outdoors or online. Cancelled back in March, during the middle of its run, Uncle Vanya was getting five-star reviews. Now Conor McPherson’s nimble update of the Chekhov classic receives a small screen broadcast – featuring Toby Jones as the broken, disillusioned Vanya, in a tale which still resonates today.

DOCTOR WHO: REVOLUTION OF THE DALEKS 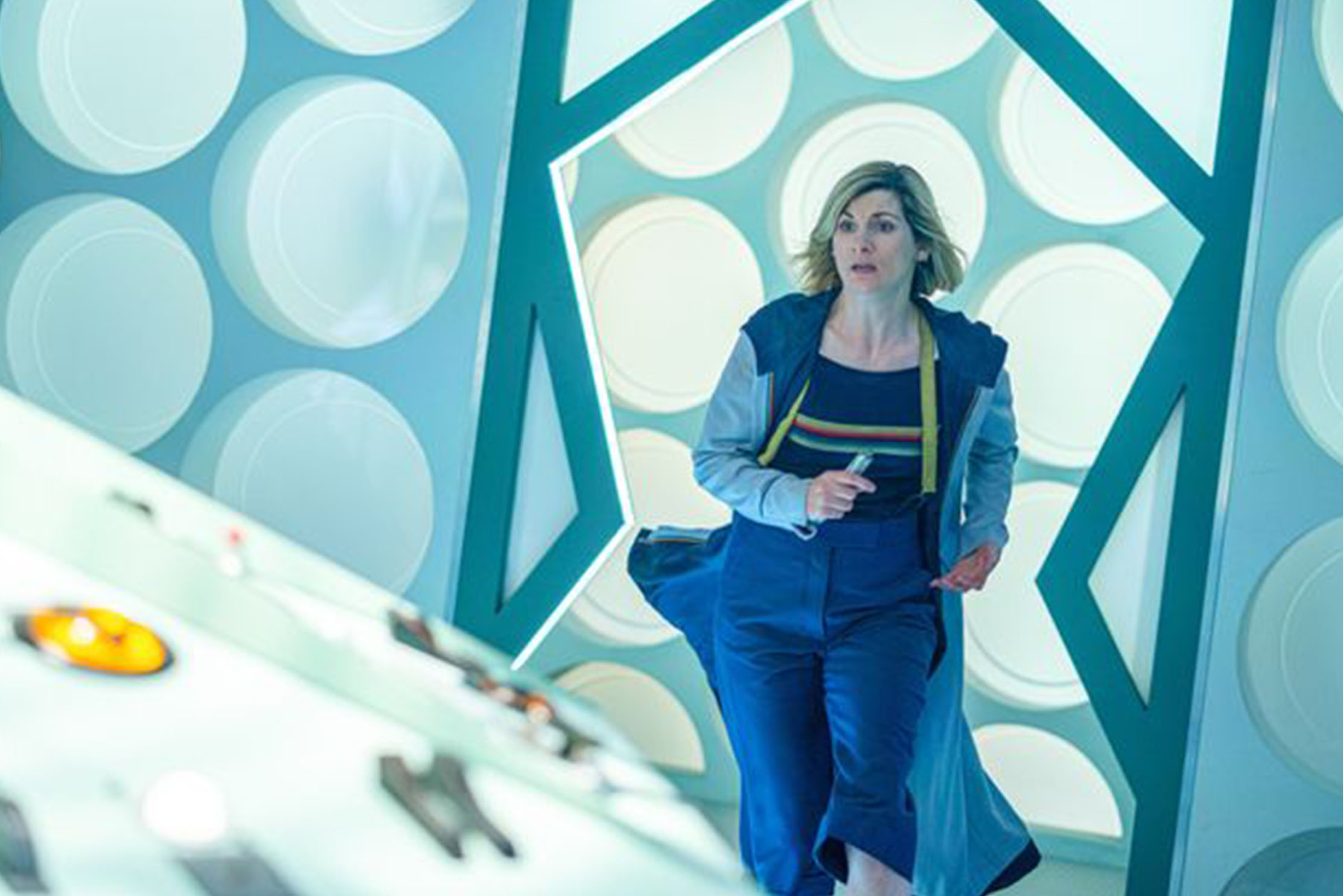 The universe’s worst tourist returns for another perennial delight. In a shout-back to the classic Blink episode, the Doctor is relatively absent from this special, leaving her trusty and capable companions to fend for themselves. Fortunately, Yaz (Mandip Gill), Ryan (Tosin Cole) and Graham (Bradley ‘360° talent’ Walsh) only have to face the menace of the Daleks. We’re also promised a few departures, so be ready for tearful goodbyes…

DANCING ON THIN ICE WITH TORVILL AND DEAN 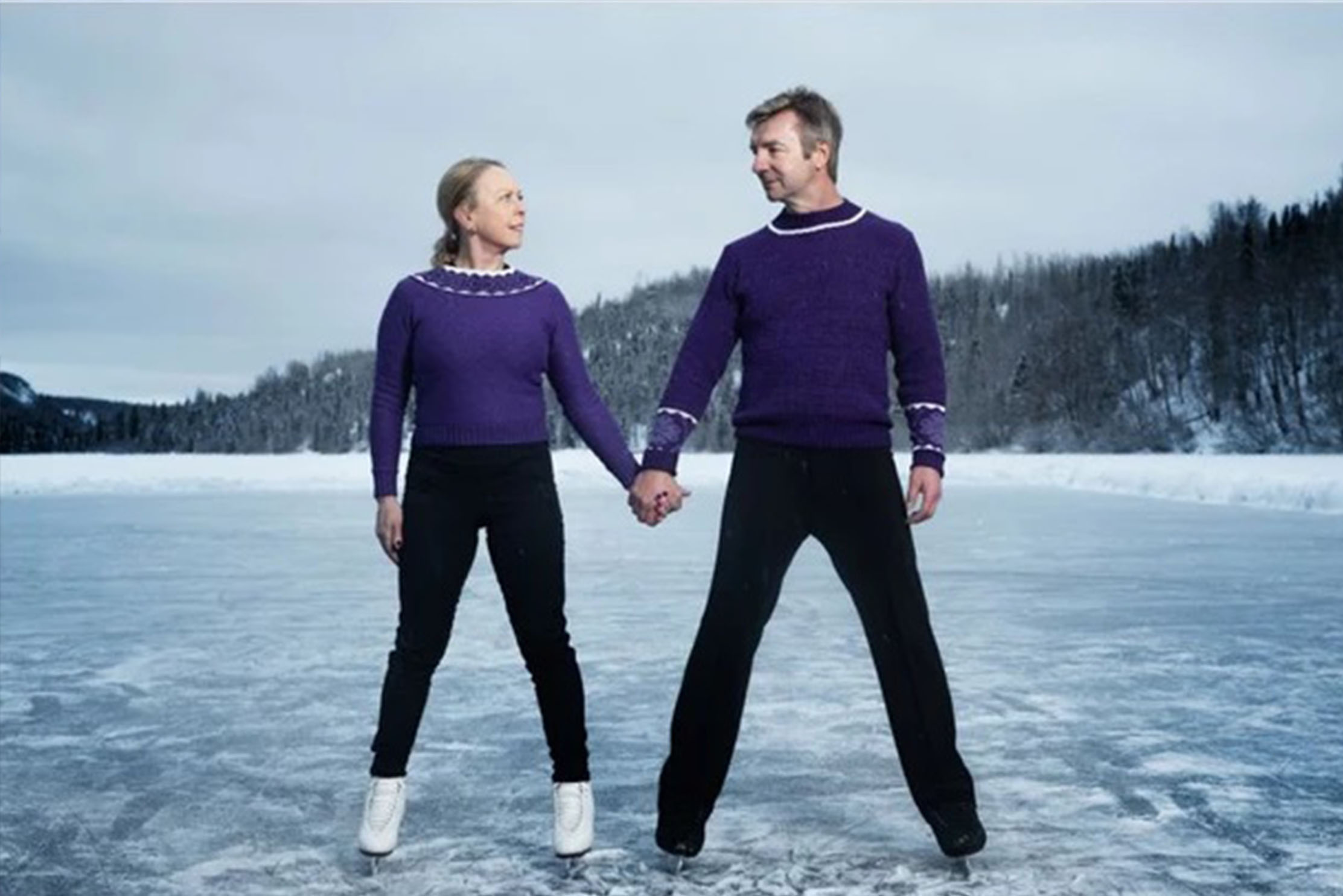 Jayne Torvill and Christopher Dean set out skate in the magnificent surroundings of Alaska. As they travel into the remote wilderness in a hunt for wild ice, they highlight the deleterious effects of climate change. Skating amongst some spectacular scenery, they on a mission to find the perfect place to dance a special Bolero. 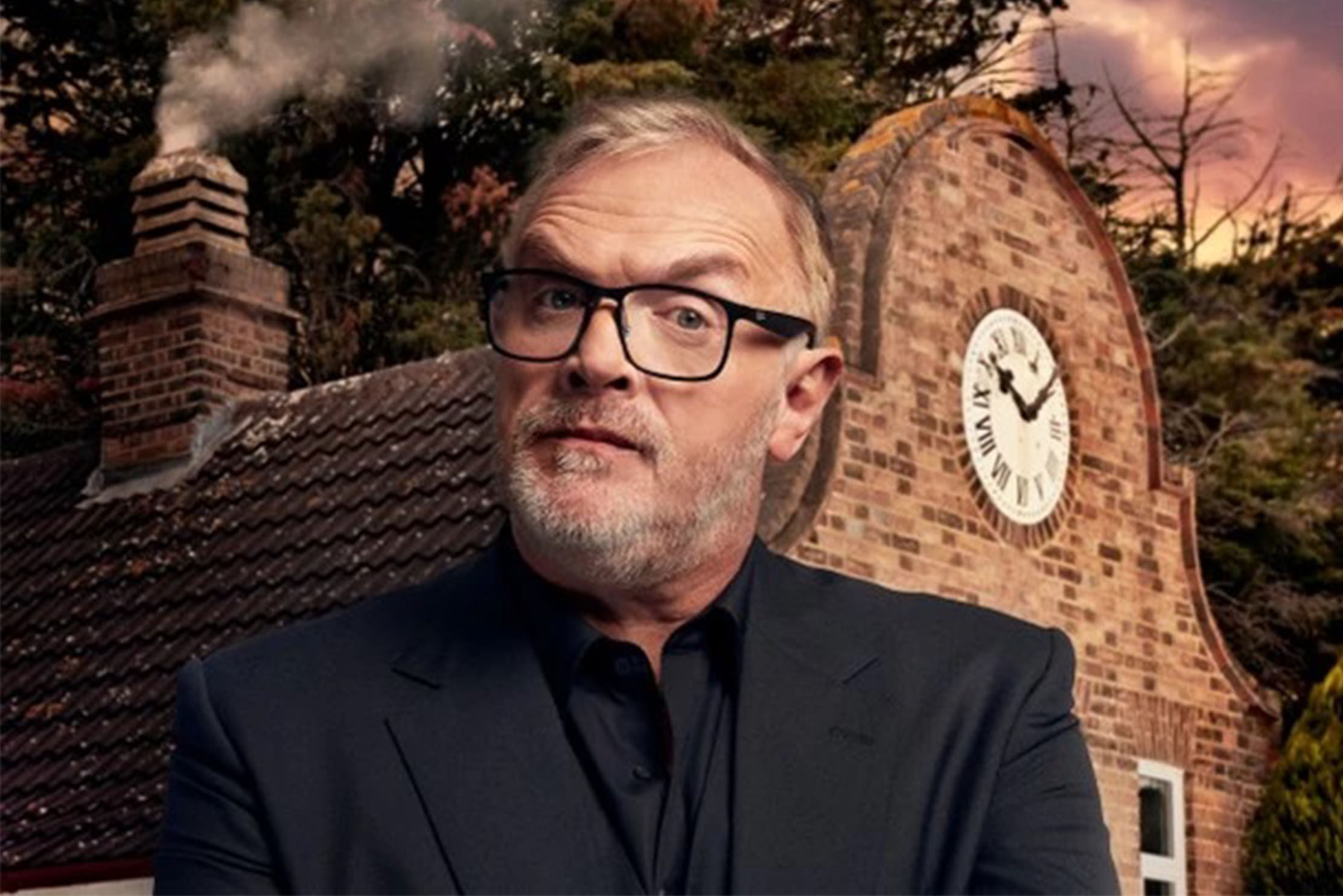 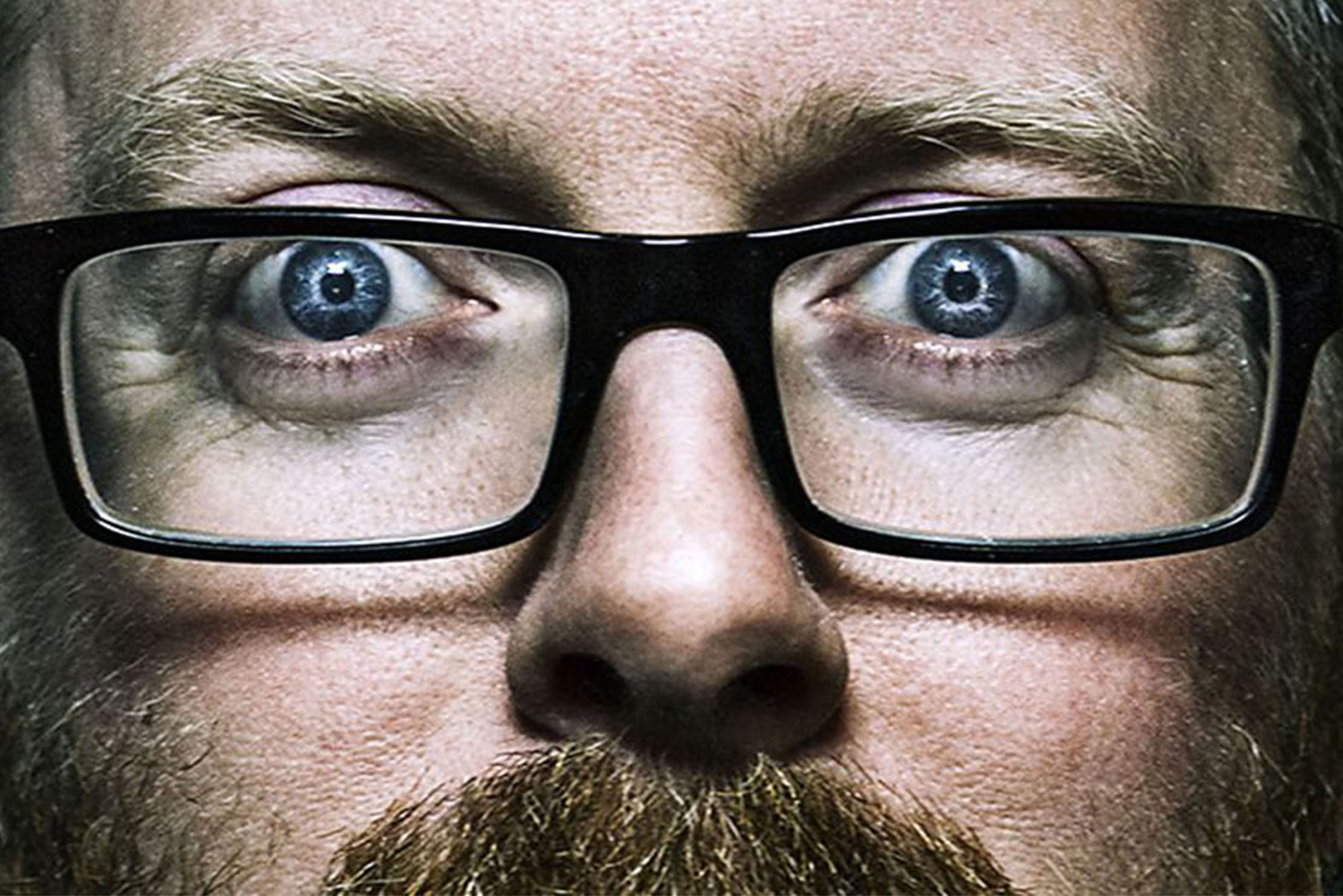 Despite most of us being stuck indoors, it’s been a golden year for noisy morons. We’ve been confronted with a pandemic, a US presidential election which lasted for what seemed like months and a British Government which exceeded expectations in all the wrong ways. There’s likely plenty of issues for Mr Boyle and his panel to eviscerate.

As something of a bibliophile and self-appointed TV critic (book nerd and couch potato), it is always a thrill...

The 35th edition of BFI Flare: London LGBTIQ+ Film Festival is now underway.  One of the world’s most significant...

7 Reasons to Keep Two Mobiles for Work and Personal Use