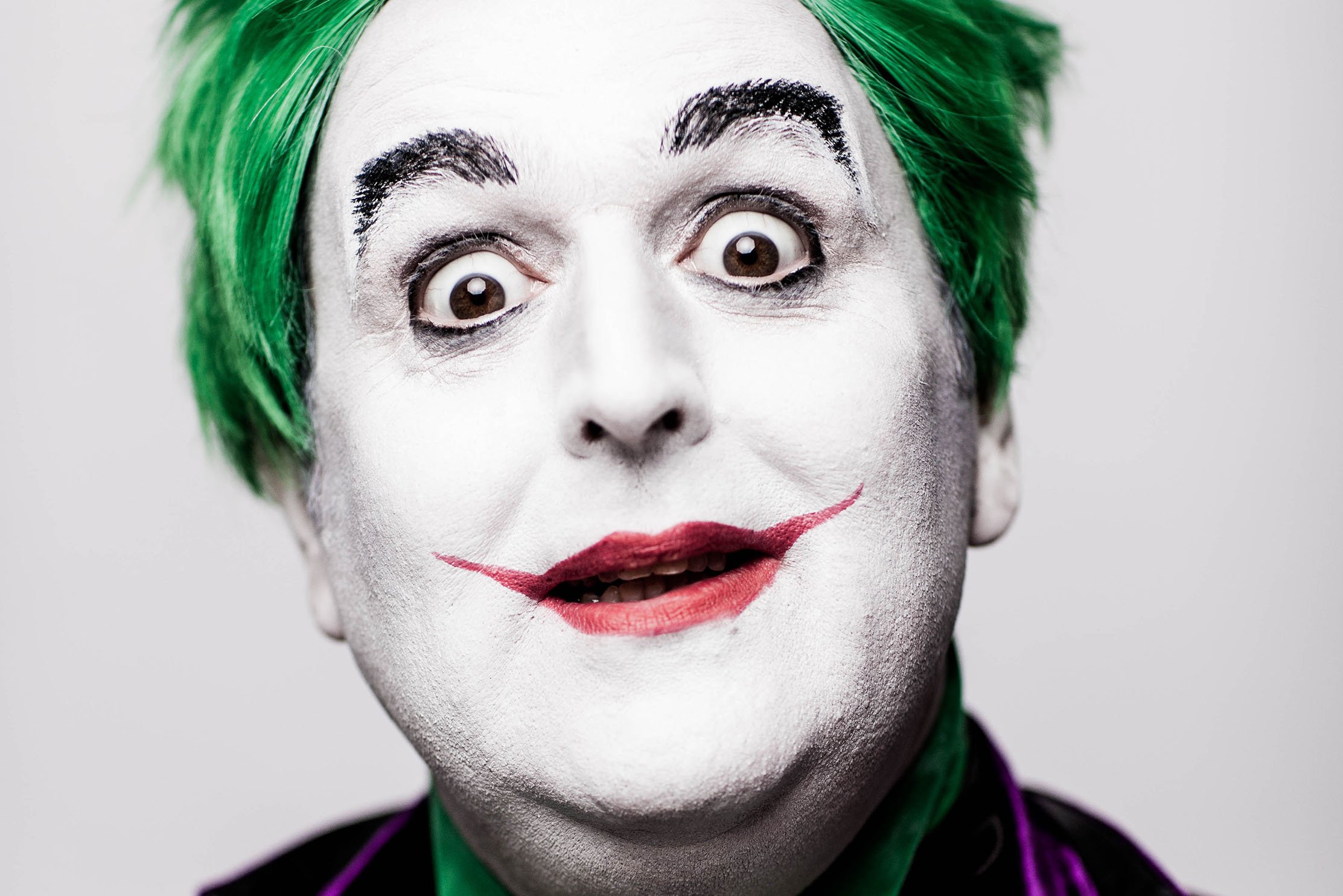 Best of Brighton comedy in Nov 2019 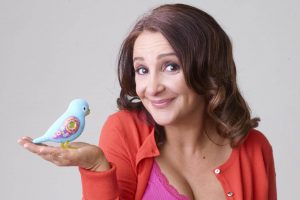 Brighton’s best comedy night is here again to finish off your weekends with a bang. This month, they’ve coaxed out the superbly talented Lucy Porter to give your funny bones the tickle they deserve. She’s struggling to cope with life as a grown-up, but she’s not taking it quietly, and she’s bringing us along for the ride. Joining her is the supremely lovely Sam Lake, with some light-hearted, cheerful wit, and the fearless, narrative-smashing Sophie Duker. As ever, it’s all held together by Zoe Lyons. What’s not to love on a chilly winter night? 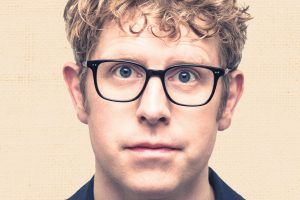 Here is a show which will change your life and how you perceive your place in the world. Possibly. Bit Much… is a very funny night of grumbles and jokes in which Josh will finally tackle the hot comedy topics of advent calendars, pesto and the closing time of his local park. Known for the twice BAFTAnominated show The Last Leg, as well as his critically acclaimed sitcom Josh, Widdecombe has also been a mainstay on shows like QI, Have I Got New For You and A League of Their Own. 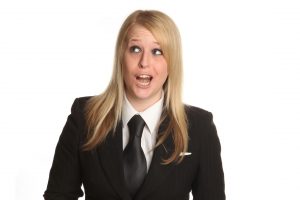 on a UK tour together – because it can be a tough and lonely place on your own. The sharp, clever, and hilarious Hayley Ellis has appeared on MTV and Virgin Television. A regular guest on Jason Manford’s Absolute Radio show, she brings a unique and hilarious style to the stage. Whilst the exceptionally funny Sally-Anne Hayward is a stalwart of the comedy circuit and has performed on all five continents of the world. 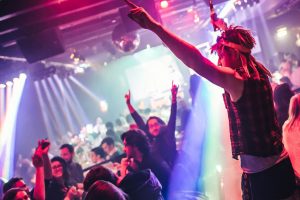 Forget that unusual fragrance of grumpy old ladies and mind-bendingly bad carpets; this is bingo like you’ve never seen. Strap in and prepare to experience the simmering chaos of this comedy gameshow, an undeniably unique night of entertainment that mixes classic 80s anthems, spectacular prizes, appalling choreography and two mulleted Aussie bingo callers. And of course, it’s all tenuously held together by an eyewatering version of the eponymous game of chance. 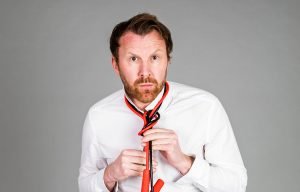 The past year has been extremely testing for the wrecked Bryne, but despite all this, he’s eager to spill it out on stage. His new tour Wrecked But Ready takes audiences on a wobbly stroll through his life after 23 years in the game. It’s a joyous and spontaneous audience-led show, which relies less on a story arc and more upon responding, improv and – *gulp* – audience participation. He is, as ever, ready, but are you? 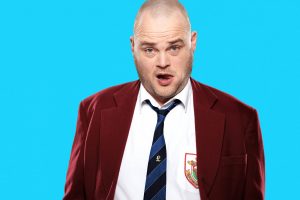 We’re in a time of crisis. The world is in chaos. The country is divided as never before. Only one man can save us from it all: the Landlord of Hope and Glory. Comedian, TV personality and national treasure, Murray has been smashing it since the early 90s. His comedy has been0 described as a unique blend of satire, surrealism and observational comedy, inspired by the world today. What we need is one man to step forward, one man with all the answers. 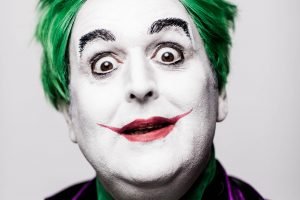 These days, Justin’s not certain about anything apart from his uncertainty – Brexit looms, the Cold War is being rebooted and that’s before we begin to worry about what’s happening in America. He’s starting to feel redundant as a parent. One kid is leaving home, the dog can’t be bothered to go out for walkies, and the youngest kid has cancelled the family subscription to The Beano. On top of all this, the golden age of the Northern straight white male comedian has gone the way of the dinosaurs. Luckily for us, all this uncertainty and anxiety is very entertaining. 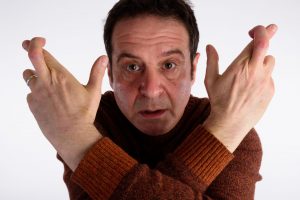 In his new show, 50 Things About Us, the mighty Mark Thomas combines his trademark mix of storytelling, stand-up, mischief and extensively-researched material to examine how we have come to inhabit this divided wasteland that some of us call the United Kingdom. Mark picks through the myths, facts and figures of our national identities to ask, who do we think we are? It is a show about money, history, songs, gongs, wigs, unicorns, guns, bungs, sods of soil and rich fuckers.

Ardal O’Hanlon, star of Death in Paradise, Father Ted and My Hero, bounds around the UK with his new work The Showing Off Must Go On. In an age of raging populism, #MeToo, identity politics, the end of truth, the collapsing middle ground, peak avocado and £15 Gin & Tonics, Ardal is forced to saddle his high horse again and ride fearlessly into the culture wars – comedy as ever being the best emergency response mechanism to extreme events there is. 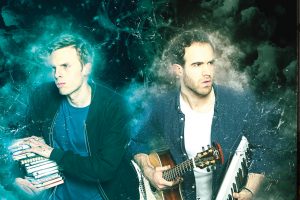 Brilliant comedy-rap-jazz duo Harry & Chris are coming to Brighton with their award-winning wordplay, awe-inspiring musicality, eyebrow-raising bromance and unashamed joy. They’ve set up their very own PR agency to take on the mammoth challenge of spinning planet earth to the rest of the universe. Reaching out to our extra-terrestrial neighbours, they want to unite people from all walks of life. We’re all aliens in one way or another and the nation’s favourite comedy-rapjazz duo are ready to spread the interstellar love. 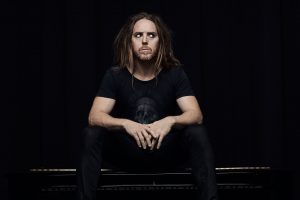 This award-winning comedian, actor and composer, is returning to the stage for his first UK tour dates since 2011. Billed as old songs, new songs and f*** you songs, BACK hints at a set list of material from all corners of Minchin’s eclectic – and often iconoclastic – repertoire. The multitalented Australian enjoyed a meteoric rise from the live circuit to creating award-winning musicals like Groundhog Day and Matilda, but for now, he’s back centrestage and he’s as dangerous as ever. Miss this at your peril. 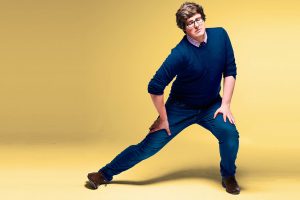 Edinburgh Comedy Award Nominee 2018 Glenn Moore is touring a twohour epic of one-liners and elaborate personal stories. It combines Love Don’t Live Here Glenny Moore, analysing his‘proper’ job as a newsreader and the consequent realisation that everything in his life is purely down to obligation, with last year’s Comedy Award nominated show Glenn, Glenn, Glenn, How Do You Like It, How Do You Like It which follows Glenn’s misjudged application to the Mars One initiative and the demise of a failing relationship.