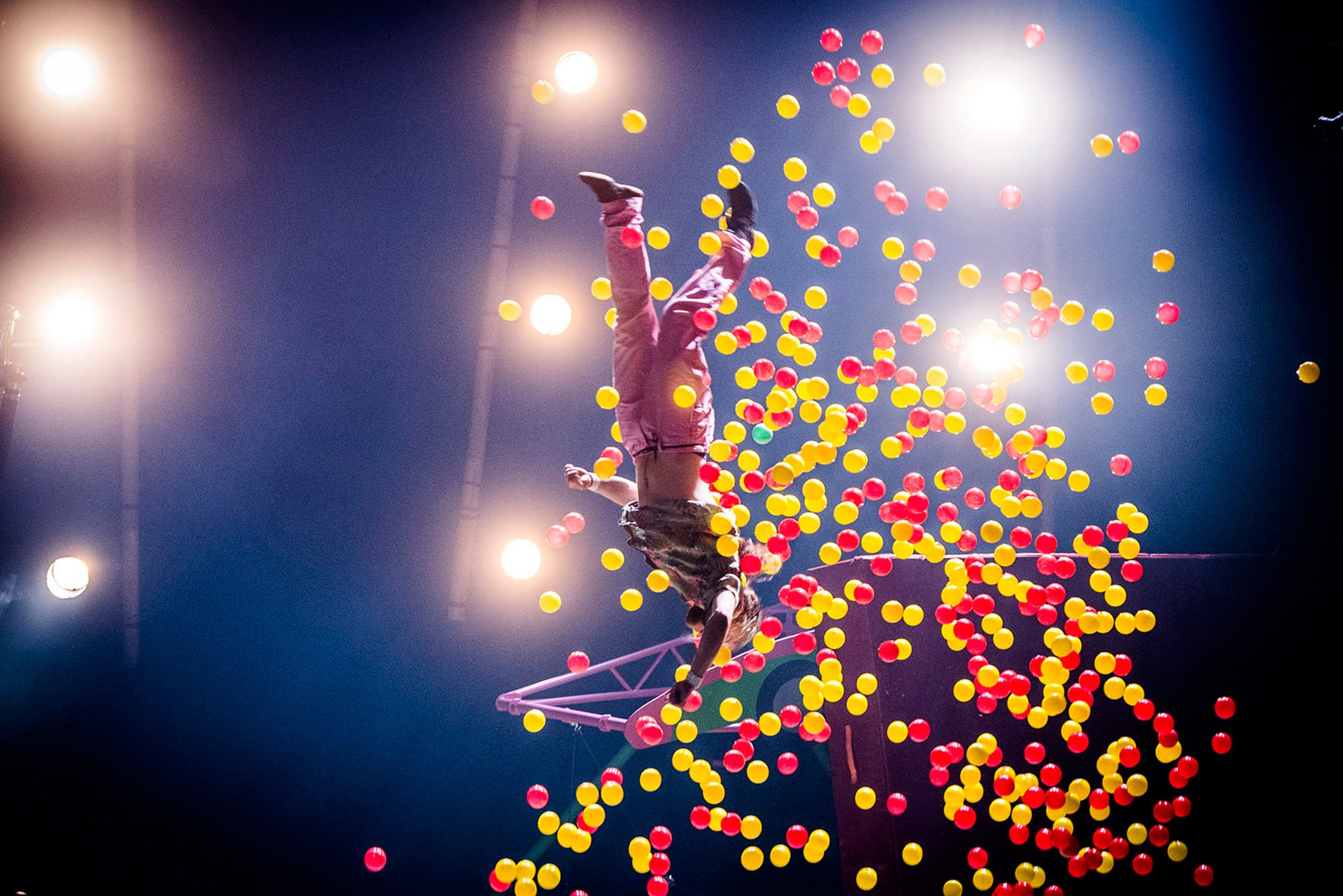 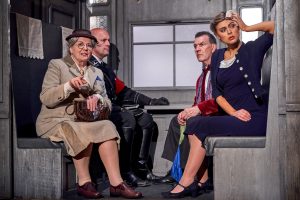 BAFTA-nominated Gwen Taylor and ‘Villain of the Year’ Andrew Lancel reunite in this stage adaptation of Alfred Hitchcock’s The Lady Vanishes by The Thriller Theatre Company. When Iris’ travelling companion disappears, she’s bewildered to find fellow passengers deny ever having seen her. With the help of musician Max, she turns detective, and together they resolve to solve this mystery. Supported by a cast of British small screen royalty, this classic thriller will not disappoint. 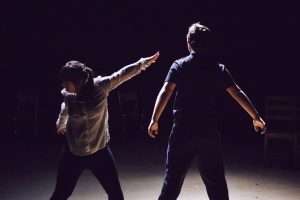 Two of the UK’s most innovative theatre companies, Gecko and Mind the Gap, are previewing their first co-production. The devised piece explores what happens when people connect and disconnect from each other whether through choice or through isolation. Drawing on the performers’ own experiences, a little space uses imagery, sound, language and physicality to portray the needs, desires and fears of the subject. This highly original production will grow and develop throughout its preview run, before touring widely in 2020. 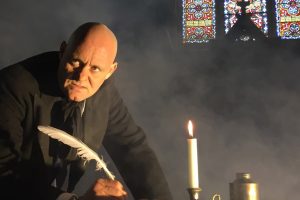 Tight-fisted, mean spirited Scrooge is in for the night of his life as Dickens’ classic returns to The Spire this Christmas. Following sell-out shows in 2015 and 2017, TRUESTORY Theatre returns to get you into the true spirit of Christmas this December. Join Scrooge as he journeys through this classic family tale with candles, carols, mince pies and mulled wine! Wrap up warm and join the company for some ghostly goings-on. 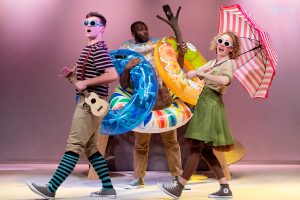 What starts off as a morning jog becomes quite the misadventure for Stick Man: a dog wants to play fetch with him, a swan builds a nest with him, and he even ends up on a fire! How will Stick Man ever get back to the family tree? Based on the bestselling book by Julia Donaldson, and packed full of puppetry and live music, Stick Man is a touching, funny and utterly original adaptation that will delight all ages. 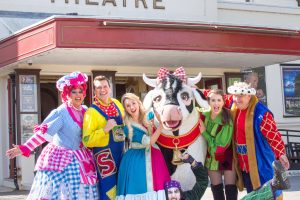 JACK AND THE BEANSTALK

From the team behind 2018’s Cinderella, comes a new production of the classic fairy tale, and festive favourite, Jack and the Beanstalk. Expect live music, colourful sets, amazing costumes, spectacular special effects and plenty of fun and laughter! Join Jack, Dame Trott, Simple Simon, and Clarabelle the Cow for their thrilling adventure filled with magic beans, a castle in the clouds and a walking, talking, very bad-tempered giant. This is bound to be… FEFI-FO-FUN!

Friday Night Sinner! is a one-woman, horror-comedy musical about a Jewish, sexually repressed, newly married maniac. This deluded, narcissistic, unsatisfied and occasionally violent woman has delusions of grandeur and wants to become the biggest star in the universe (or at least in Borehamwood) and spills her guts out to her guests over a highly unconventional Friday night dinner. There will be twists and turns, gruesome deaths and comedy at its darkest and most horrifying. 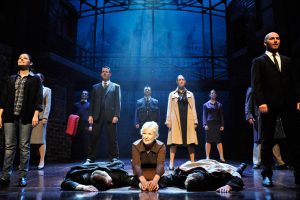 Willy Russell’s legendary musical tells the captivating story of twin boys separated at birth, only to be reunited by a twist of fate and a mother’s haunting secret. Young mother Mrs Johnstone (Lyn Paul, returning to the iconic role for a farewell tour) is deserted by her husband and left to provide for seven hungry children. Taking a job as a housekeeper, she soon discovers she is pregnant with twins, and in a moment of desperation enters a secret pact with her employer leading inexorably to a shattering climax. 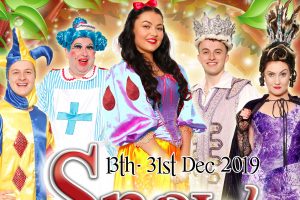 NOW WHITE AND THE SEVEN DWARFS

Following seven sell-out years, LP Creatives return this December with the magical tale of Snow White. Magic mirrors, seven little men, poisoned apples and an enchanted princess all feature in the classic story. An evil stepmother, no longer the fairest in the land, threatens toput an end to her beautiful stepdaughter but can true love save her? All this and the usual mayhem and twists you expect from a Shoreham panto! Book early for the best seats. 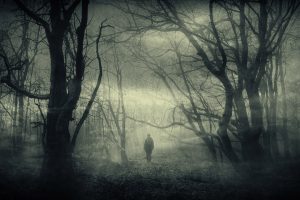 Something Underground bring The Spirit of Woodstock to Brighton & Hove

In 1840, Thomas Ingoldsby inherited a trunk full of antique manuscripts detailing numerous accounts of saints and spectres, monsters and witches, adultery, murder and revenge, of possessed wigs and haunted clocks. They were written in rollicking, rumbustious verse, but don’t be misled, every single word was true. Now the award-winning Foundry Group brings the best-loved of these legends to grisly, ghoulish, hilarious life in this new adaptation by acclaimed playwrights Brian Mitchell and Joseph Nixon, in a 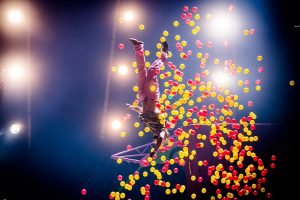 Breath-taking stunts and dark humour at its rawest form. Super Sunday is the world-renowned hit of pure amazement and barely controllable chaos by Finnish circus troupe Race Horse Company. Six acrobats blaze through scenes of creative insanity in what seems like an amusement park for the end of the world – including trampolines, human catapults and a wheel of death. Super Sunday follows the massive success of the company’s show Petit Mal and has enjoyed international success, including a smash-hit run at this year’s Edinburgh Fringe. 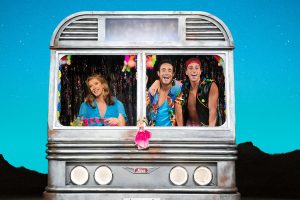 PRISCILLA QUEEN OF THE DESERT

The iconic musical Priscilla Queen of the Desert is going on tour! Starring Strictly Come Dancing winner Joe McFadden and with more glitter than ever! This smash-hit show features a dazzling array of stunning costumes, fabulous feathers and a non-stop parade of dance-floor classics. Based on the Oscar-winning film, Priscilla is the hilarious adventure of three friends who hop aboard a battered old bus to the Outback to put on the show of a lifetime. Their journey is a heart-warming story of self-discovery, sassiness and acceptance. 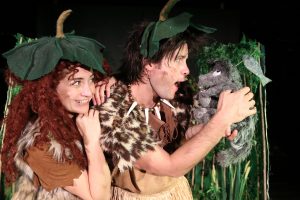 The truly, mind-boggling story of how a long, long time ago two hunter-gatherers, Ugg and Ogg, palled up with their enemies the wolves and together invented man’s best friend, the dog. Join our young heroes and the wolves Tooth ‘n’ Nail on their fun-packed comic adventure, and expect flying meat bones, beat-boxing wolves, forest infernos, and even a timetravelling stick before you get the chance to pat the world’s first Dogg. A genuine delight, and a Christmas treat for children and dog-lovers of all ages.