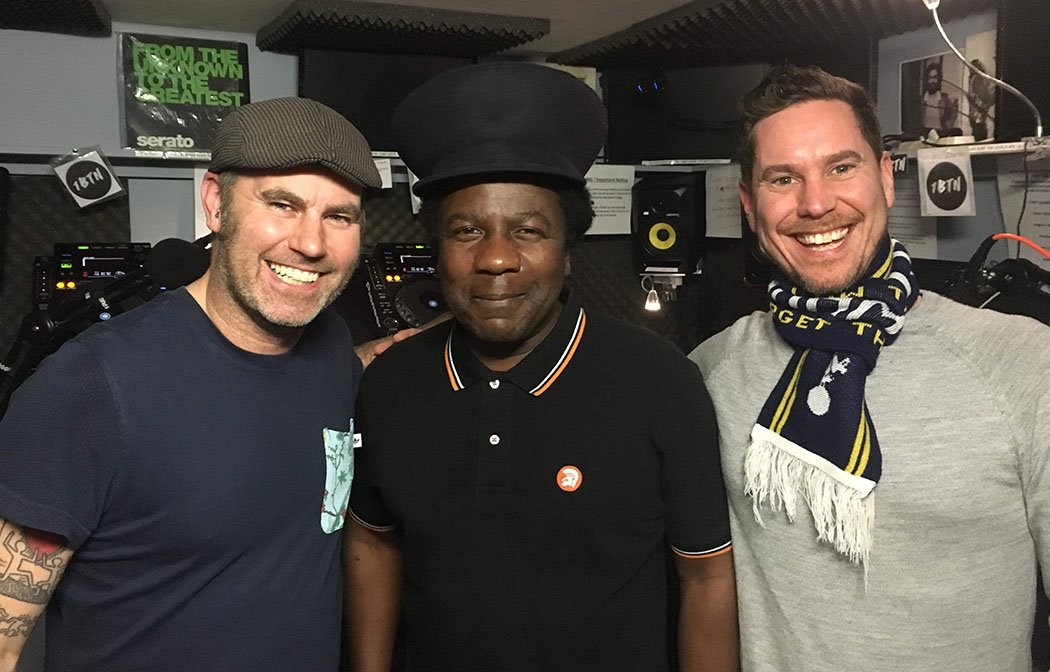 “Music is like an extended family,” Mickey tells me, as we’re saying goodbyes. “A large part of our being is to bring people together.” It’s says a lot about the philosophy of 1BTN, the local radio station with a growing global reach.

Operating out of a basement on Brighton’s Western Road, it sprang to life when Mickey was working on another station. He was looking at how to obtain an FM license for them, at which point the owners had a change of heart. Rather than let his hard work go to waste, he instead opted to go it alone. “I thought it was too good an opportunity to miss,” he tells me. “The station I was playing on wasn’t necessarily representing most of the music I love anyway. My record collection is massively varied.”

Finding premises near Brunswick Square, he set about creating an alternative to anodyne mainstream broadcasting. After converting what was essentially a partially flooded basement into a proper studio, Chris came to see the progress – initially just wanting to rent some studio space; he then decided he wanted to be involved in the venture. All the pair need then was some content. “We wanted to get people who were into similar sorts of music as we were,” says Chris. “The music has just got to be good quality ‘underground.’ We’re introducing all kinds of people to artists that are fairly unheard.” Next to the main studio room they’ve built, there’s a small space housing a collection of audio equipment, described by Mickey as “Chris’ analogue porn dungeon”. Beyond is a studio for rental and a third space to pre-record shows. They’ve also got another room, which can double as a live lounge for small band sessions.

Launched in 2015, 1BTN started broadcasting on the Internet, around 12 months later came a slot on DAB radio, with the coveted FM license arriving last year. It presents over 100 shows, featuring tastemakers like Tru Thoughts, Fat Cat Records, Nancy Noise, BBE Records, Patterns radio show, Balearic Mike & Ben Monk, Mr Bongo, Queenie & Wildblood and Andy Mac. “Everyone involved in the station is really into what they do,” says Mickey. “They’re collectors, record dealers, producers, lovers.” Chris has owned several record shops in Brighton and now Hastings, as well as making his own music and has played in many parts of the world. “Music, since I was very young, has kind of been my whole life,” he tells me. Mickey has been smartly obsessed, buying records and DJing since an early age. Putting this collective passion into the station, they’ve attracted untold well-known artists into their studios, more recently artists like Carleen Anderson, Norman Jay and Gilles Peterson, who’ve been drawn by the open-minded music policy. Even iconic UK house innovator Andrew Weatherall is swinging by soon for an extended show.

The pair and their DJs have been organically building a listenership in places as remote as New Zealand, Russia and America. Despite this growing international audience, 1BTN hasn’t lost the connection to the community around them. Amongst their ambitious plans are a second radio service and a record label as well as continuing the good work with local community groups and charities. “We do quite a lot of work with them already, but we want to increase that going forward,” says Mickey. Since the station’s beginnings they’ve worked closely with groups like Kiss My Disco and Audio Active, offering broadcasting experience and the confidence boost, which come with that. “We’ve got loads of great success stories,” says Chris. “So, that’s why it needs expanding – because we have got a good track record.” By running workshops and giving these groups access to their facilities, the station can make a social impact. “With the YMCA, they couldn’t even get some kids out of their rooms,” says Mickey. “But, when it comes to playing on the radio they’re up and at it. We are already doing accredited courses, which helps give a foot up into doing something in radio or music.”

There’s arguably no-one doing anything like this on the south coast. This is a station where you can hear DJs talking about and playing the music they love. Rarely something you find on more mainstream radio. You can’t replace personality with playlists. True music fans want engagement and the chance to discover something amazing. There’s still plenty of hard work ahead for 1BTN, including getting more funding and expanding the station, but for Mickey and Chris it’s a task they’re almost compelled to do. “The love can be tested sometimes,” say Mickey. “But, there’s never been a doubt in our minds that we’ll succeed.”

1BTN broadcasts in the Brighton area on DAB radio and 101.4FM, or you can listen online at: 1btn.fm