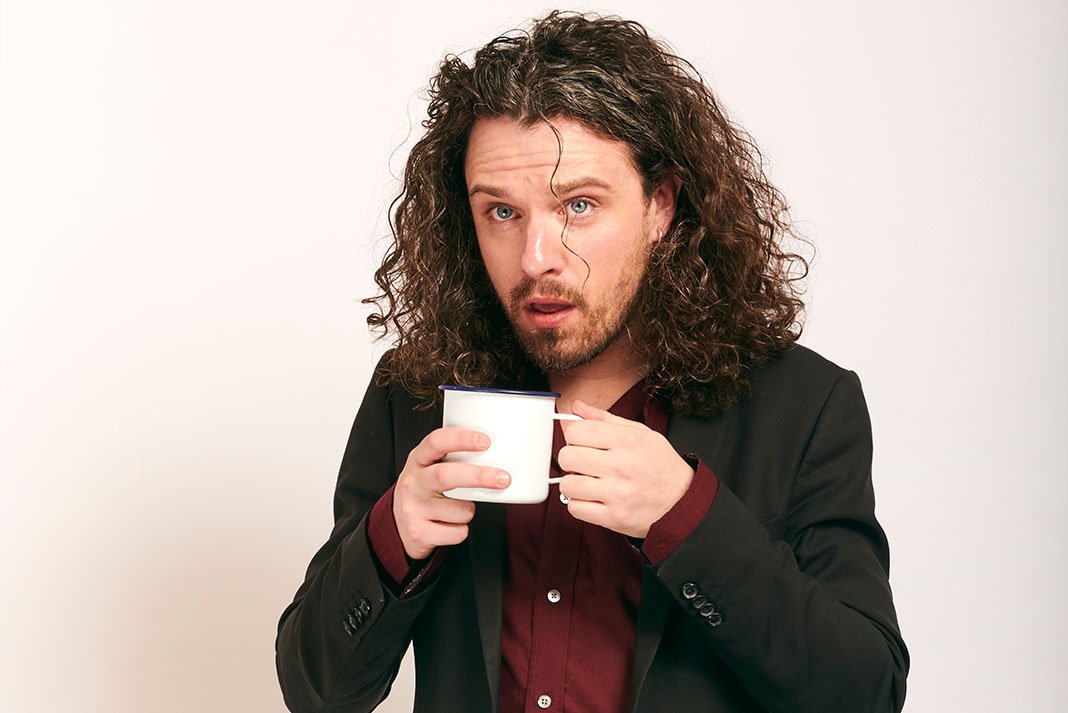 BN1 chats to… Alfie Brown, ahead of touring show Lunatic

Alfie Brown has just got on his (rarely) on time train to Brighton when he phones me. After several nights at the Soho Theatre to kick-start his tour, Alfie will be bringing his show Lunatic to Brighton’s Komedia on Tue 12 Feb. “I can only apologise if you hear a baby screaming in the background,” he says as the faint echo of a baby’s cry sounds off in the distance. This is Alfie’s first UK tour and after numerous sell-outs at the Edinburgh Fringe, there is a lot of excitement about what he’s bringing to towns and cities across the country.

“The energy from a day-to-day basis, I’m interested to see how that works out,” he says about the expectations for the tour. “You get these liberal enclaves of artsy people who are ready to go and give their heart and be open to different and weird things or at least be artsy in that kind of cosmopolitan way so many people often are. I’m sure that will be something that I will enjoy when I play in Brighton as well.”

“I’m desperately trying to temper how I’m talking in an attempt to not sound like a complete twat.”

The premise of Lunatic revolves around Brown seeing someone potentially fatally wounded at a bus stop. What’s your responsibility? Do you help? Do you wait for someone else to help? How immediately are supposed to do the ‘right’ thing? Alfie quickly questions, “How much of what you do in the situation is based on how you want to be seen to be behaving in a situation and how much is based on the actual need to do good?” These questions about your own morals and what you eventually decide is the right thing to do is described by Alfie as a “performative goodness”.

Brown has been in past relationships with fellow comedian Jessie Cave, with whom he has two children. They’ve appeared together on Comedy Central’s Roast Battle and made numerous episodes of their web series Chop Logic. I asked him about his comedy style and whether his self-awareness helps when talking about Cave and his children. “I found the personal a lot more important. I feel like having kids allowed me to be more 38 bn1magazine.co.uk introspective and how the personal bleeds out into the wider world.” In the middle of conversation, the phone falls silent. I suspect a tunnel. Suddenly Alfie returns, “Hello, hello, hello!”.

Already showing me his self-awareness, Brown confesses, “I’m desperately trying to temper how I’m talking in an attempt to not sound like a complete twat. I want to try and be thoughtful. To always look at moral consensus and to try and look at what we’ve made up our minds about and try to question.” Already I’m getting the idea that Brown isn’t a run of the mill comedian, his outlook is critical but thoughtful. Even talking to him I begin to wonder what my place is in the world. I’m having an existential crisis while Alfie’s having a train journey.

I quiz Brown on his offensive jokes and their position in the world with political correctness, to which he acknowledged that his shows aren’t affected so much because of his out-of-the-box style. “My shows should be a lot more offensive, but because it’s asking questions not giving answers. If you stand on stage and say, “Oh I fucking hate lesbians!” then that’s not useful, it’s not pushing an envelope.

“Everything that I would hope to be is antagonistic and charming.”

So far, I can’t entirely vouch for the antagonistic part, but charming? Yes. I leave Alfie to get on his with his impossibly seamless journey to Brighton, while I think about my own place in the universe.