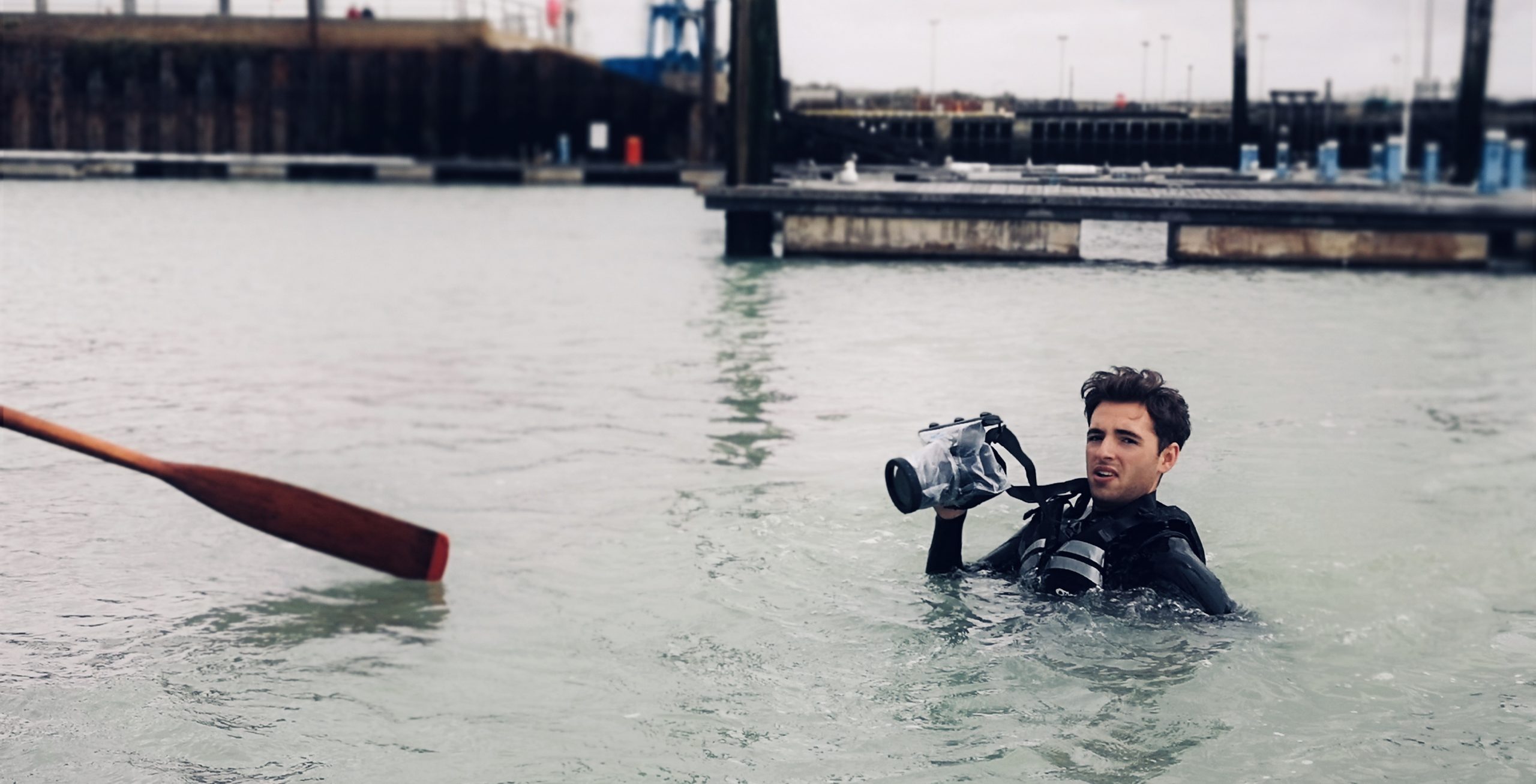 Had a film screened at the Edinburgh Festival? Tick. And at the Brighton Big Screen too? Yes, that as well – and not to forget its screening alongside T2 Trainspotting and La La Land. What about being pinned as the next Spielberg by film critics? Well, he can tick that off as well. And just to top it off, all done by the time he was 16. Elliott Hasler – the UK’s youngest feature film director.

But it doesn’t end there. When you thought he couldn’t squeeze in any more accomplishments in the space of six years, the Brighton-born 19-year-old has just started filming his second feature film, Vindication Swim, starring John Locke and Kirsten Callaghan. The tale of the “forgotten heroine” – the first British woman to swim across the English Channel, Mercedes Gleitze.

But let’s rewind a bit. Where does one start when building a career from such a young age? “I started filming at 14 and getting people to take you seriously was tough. I can see why now looking back at it, but I didn’t realise how big a challenge it would be doing a whole hour and a half film.” Elliott started his profession by writing his first film, Charlie’s Letters, at just 13 years old. And by 14, he had taken the plunge and started to shoot his first movie.

Charlie’s Letters is a WW2 film based on the true experiences of his great-grandfather’s escape from a Prisoner of War camp. “He died the year before I was born but I grew up listening to his story from my grandad, my aunt and my mum. They told me bits of the story that he had told them, so I was able to piece together his story throughout my life – then I decided to turn it into a film.”

Not only did Elliott direct and edit Charlie’s Letters, but he was the star as well. However, acting was never Elliott’s forte. “My role in Charlie’s Letters was out of necessity and I won’t be doing that again…” Perhaps just the cameo appearances for you instead Elliott? He explained how he struggled to gather actors for the film. “That’s why I was in it because we couldn’t get anyone to do the whole film – but as it went on, we got more actors who were willing to come on board. We got about 10 to 20 in the end.”

Where did Elliott find his zest for filmmaking? When I look back on my career ambition aged 13, I don’t think it went further than being my next-door neighbour’s babysitter. But for Elliott, it was partaking in a school drama activity where his passion blossomed in which pupils were asked to film and act scenes from The Lion, The Witch and The Wardrobe. Of course, however, Elliott did have to take a step back at times to prioritise his education. “I took time off of the film for about 6 months to concentrate on my GCSEs and once those were finished, I started up again.” Then I guess the rest is history, right?

Elliott has had numerous film screenings and created other short films. Shot in beautiful Sri Lanka, Elliott’s most recent film To Hunt a Tiger, starring John Locke, followed in the footsteps of his favourite film director, David Lean’s The Bridge on the River Kwai. 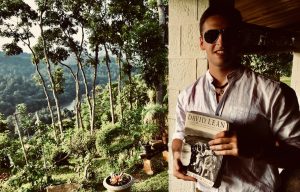 Now it’s time for Elliott’s biggest challenge yet. Cold winds, torrential rain, choppy waves, basically the core of English weather but with a touch of seasickness too. Everything you could wish for when filming your second feature on a boat. Oh yes, the filming of Vindication Swim has taken Elliott, the cast and the crew on somewhat of a whirlwind. They’ve been left with unbearably cold hands and feet, waves crashing into lenses in mid-shot, and most remarkably… “We had one guy on the boat who was puking off one side of the boat, delivering his line, then puking up on the other.” Now that’s what I call multitasking. “Out there on the water was one of my highlights but also one of the toughest things I’ve ever done.”

Vindication Swim will entail shots from all over Sussex whilst capturing the Brightonian essence which Elliott hopes to render the same way as was in Quadrophenia. There will be an antique boat, a soundtrack composed by an Emmy Award winner and of course, the representation of the heroine Mercedes Gleitze, who Kirsten described as “a fierce character to get your teeth into.”

If you put aside the few upset stomachs, it looks like the team have a lot to look forward – and so do we.