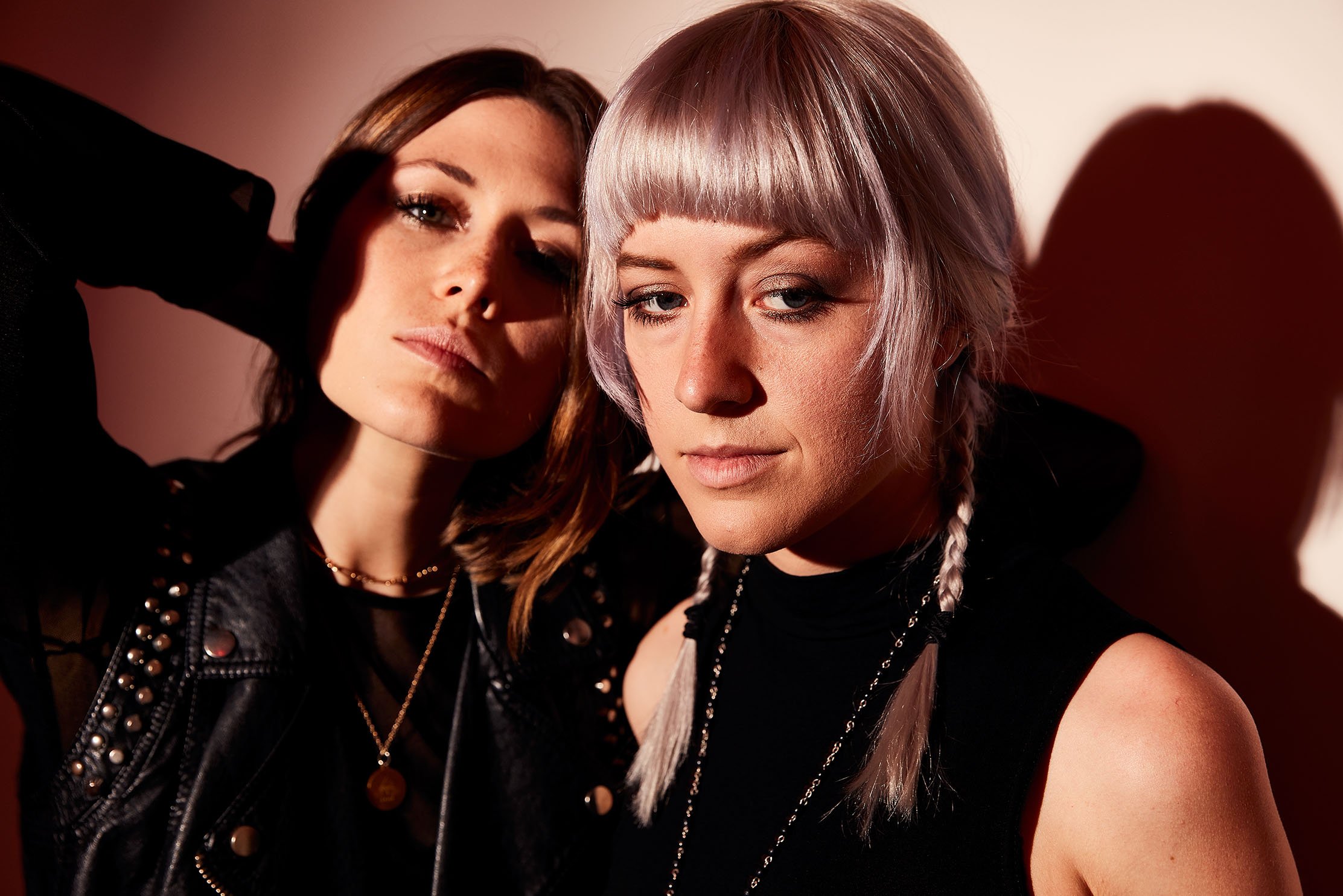 Larkin Poe, powerhouse rocking sisters are owning the industry after the release of their latest album Venom & Faith. The album debuted at number one in the Billboard blues charts and received an amazing response from their fans. “To receive that kind of validation felt really, really good for us,” says Rebecca Lovell, lead singer and younger sister. Starting off classically trained to play the violin, as teens the sisters decided to move onto electric guitars and rock music. “We went to an American music festival in North Carolina in our early teens and were just blown away by the improvisation and joy in the music. At that point we quit our violin lessons,” the older of the two and lap steel player Megan explains.

Producing the album themselves with help from Roger Alan Nichols on engineering, the sisters wanted to create something that was a complete reflection of who they are as artists. “It’s really cool because these two albums (Peach and Venom & Faith) are really authentic, they feel like very honest representations of who we are and our identities as artists and people seem to be really liking that. It’s huge,” says Megan exuding pride. Authenticity is something that feels very important to the band. I was curious to find out what they think about authenticity in the music industry today. “I think what’s challenging in the industry today is really defining who you are as an artist, there are so many distractions like being socially active on Facebook and Instagram and there are so many expectations nowadays.” Having been in the industry since they were teens Rebecca, 27, and Megan, 29, seem self-assured about who they are as artists: “For us I think that we have been working as artists for so many years now and we have been fortunate enough to have that amount of experience and the time it has taken to discover who we are,” says Rebecca.

Whilst their 2018 was full of amazing projects and shows with Keith Urban and Bob Seger, the only place these sisters are going in 2019 is up. An upcoming UK tour will bring the sisters to Concorde 2 in Brighton. “Of any place in the UK, Brighton feels like home because we’ve spent so much time in Lewes. We feel very familiar with the area, we’ve gone into Brighton a lot to just hang out and I love that city,” Megan tells me whilst talking about staying with friends in the area.

Playing smaller venues on the UK tour compared to those with Keith Urban and other legends, Rebecca seems to welcome the change: “We love the diversity. I think if you do one thing for too long it can get a bit old. Getting up on a stage in a club and looking out at a crowd of people who have brought tickets to hear our songs and to sing along with us, that is a feeling that really cannot be paralleled regardless of the venue.”

However, every day for these sisters is not the all mighty touring life, they enjoy their downtime too. A recent video of Rebecca caught my attention including a Telecaster and a hairdryer. “I think my fiancé will hate that I’m telling this story. I was being impatient with a facemask and I had a hairdryer out to dry it, simultaneously Tyler (Tyler Bryant & The Shakedown) was waiting for his to dry whilst playing his Tele and so as a joke I put the hairdryer to his face and started drying his mask too. All of a sudden we noticed what was happening with the hairdryer and the Telecaster pickups and we freaked out.” The sound was surprisingly good and has now become a possibility to feature in new songs.

As Larkin Poe are descendants of Edgar Allen Poe it would feel like a missed opportunity if I were to not ask about him. Being an amazing writer I wondered if the sisters feel like he would be a great asset to their band. “What would Edgar Allen Poe play in our band? He would definitely play the triangle. We would have him in as co-lyricist, I mean could you imagine?” Sounds good to me.