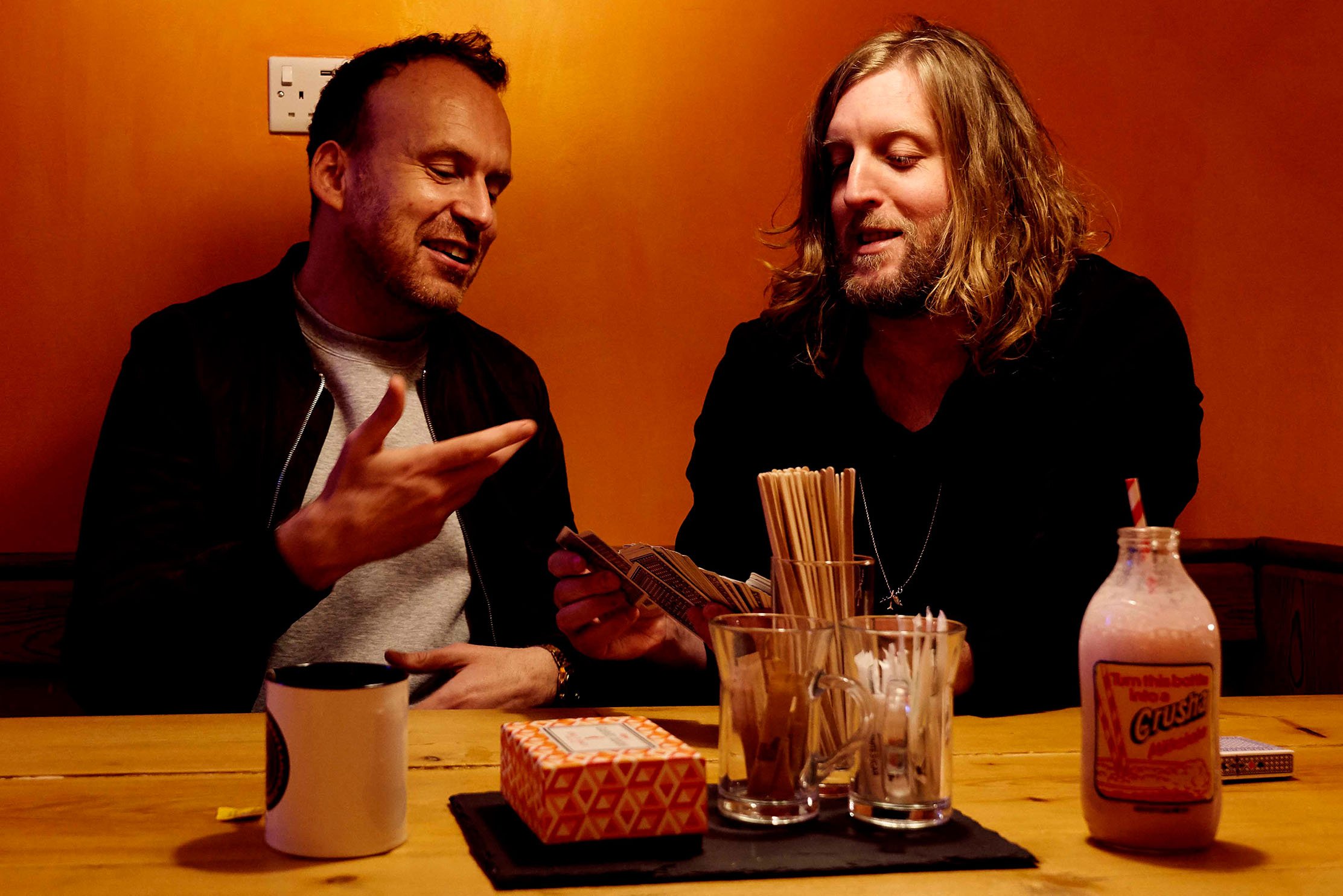 Burrows, who had been writing with and playing drums for Sussex-born singer-songwriter Tom Odell at the time, was looking for inspiration for a new solo project. “I was very wary at that point that I was just another long haired, beardy bloke playing sad songs – I wanted a new reason to make an album that wasn’t completely selfish. Matt [Haig] and I had been following each other on Twitter when I reached out, and he was immediately very receptive to the idea of creating an album.”

What started as a social media man-crush soon developed into their Reasons To Stay Alive project, released this month, an ambitious collaboration between Matt’s best-selling book and Andy’s music. Over the past year, the two have passed ideas back and forth to create a stunning collection of songs inspired by Haig’s much loved autobiographical book of the same name, which recounts how – aged 24 – he was diagnosed with depression. Now, four years after the book’s release, the pair’s project offers yet another medium upon which to reinforce its valuable musings on mental health issues.

Fortunately, the process of adapting Matt’s words for the purpose of song was a lot simpler than expected, given the two had little to no experience working in the other’s field. Though Matt has become almost accustomed to writing 80,000 word manuscripts for his books, Andy is adamant he took naturally to the shorter songwriting process – though the writer suggests the project may not have gone quite so smoothly had it gone ahead with a different musician. “There was a kind of telepathy with Andy picking up on the music which was already in the words – it was a great match between us as we’re both quite unabashedly sentimental and emotional.” 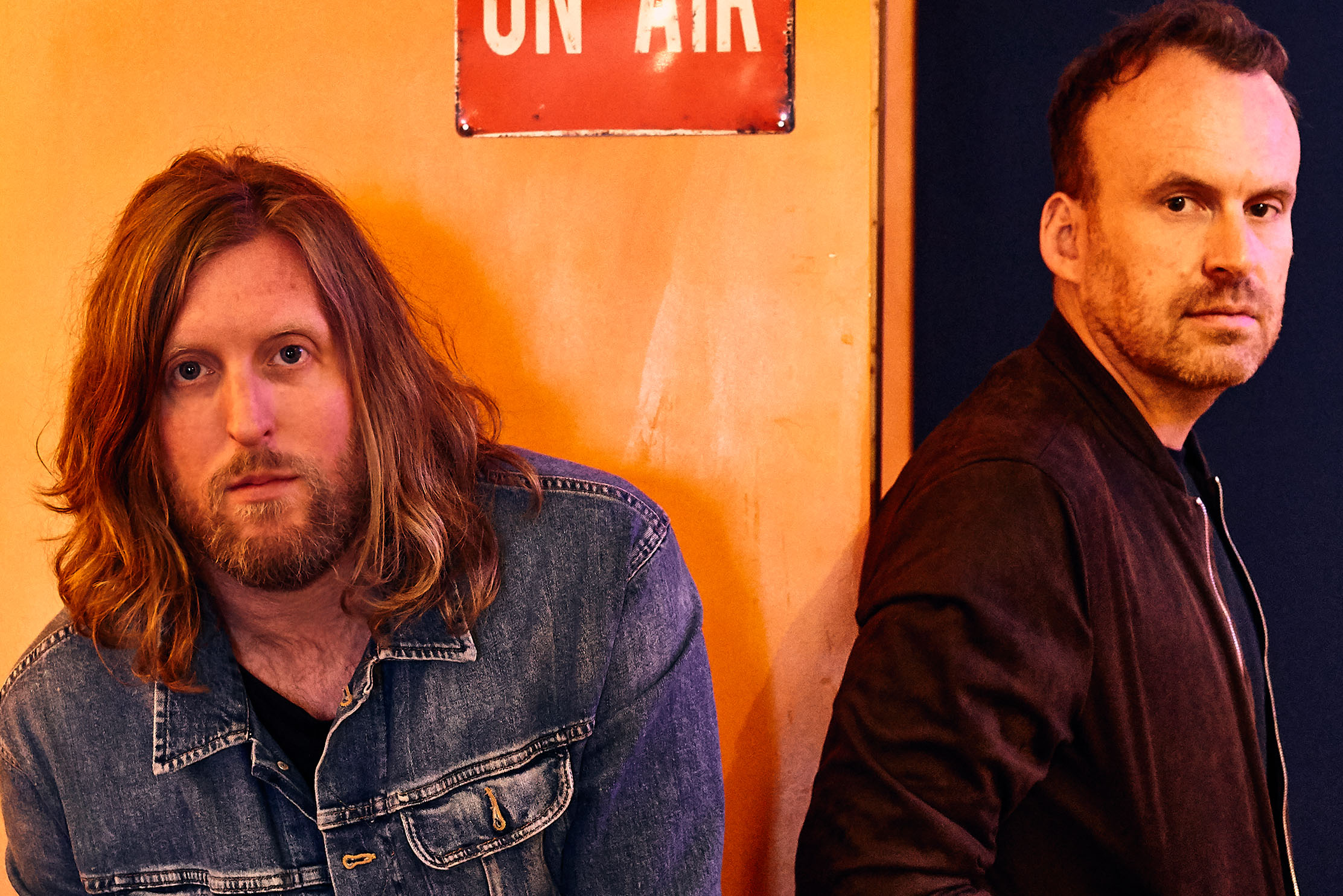 The harmony between the two is demonstrative in the album which, though inspired by Haig’s 2015 bestselling non-fiction work, is thematic more of love and hope than struggle – whether it’s more focused on Haig’s recovery (Handle With Care), his eventual optimism (Tomorrow) or the seemingly nostalgic love story apparent in the album’s debut single, Barcelona.

Andy adds: “Working with Matt gave me goosebumps. Though I’ve not gone down as dark a path myself, at no point did it feel like I was working with someone else’s lyrics – I related to them completely on an emotional level. Matt is a brilliant ambassador for opening up on these issues – especially amongst men.”

While the narrative on mental health is progressing rapidly, with Haig among those at the forefront, the two agree there is yet more work to be done on discussion stemming from inside their gender; in the year Matt’s seminal book was released, suicide was the leading cause of death for males aged 20-49 in the UK. Matt says: “It is becoming increasingly important that men come out and talk about mental health as it does have a contagious effect. It makes others more likely to share their experience.”

He suggests social media – used correctly – is proving instrumental in allowing those afflicted by mental health issues to do just that: “When I was very ill and suicidal, the thing which made me feel worse was that all the examples I knew of people who had suffered with depression were famous people who had taken their own lives, such as Sylvia Plath, Kurt Cobain, Ernest Hemingway. It’s only when I started to open up about mental health I really found out how common it really is. Social media has the potential to make people feel less alone, but the side of it which gives us this sense of connectivity and awareness is dangerous when it becomes a substitute for the real world. The effect it has on people’s – particularly young people’s – levels of loneliness is something which needs to be addressed.

“I have noticed it’s generally becoming the norm to behave like you’re at least au fait with mental health problems though, which is definitely a step forward.”