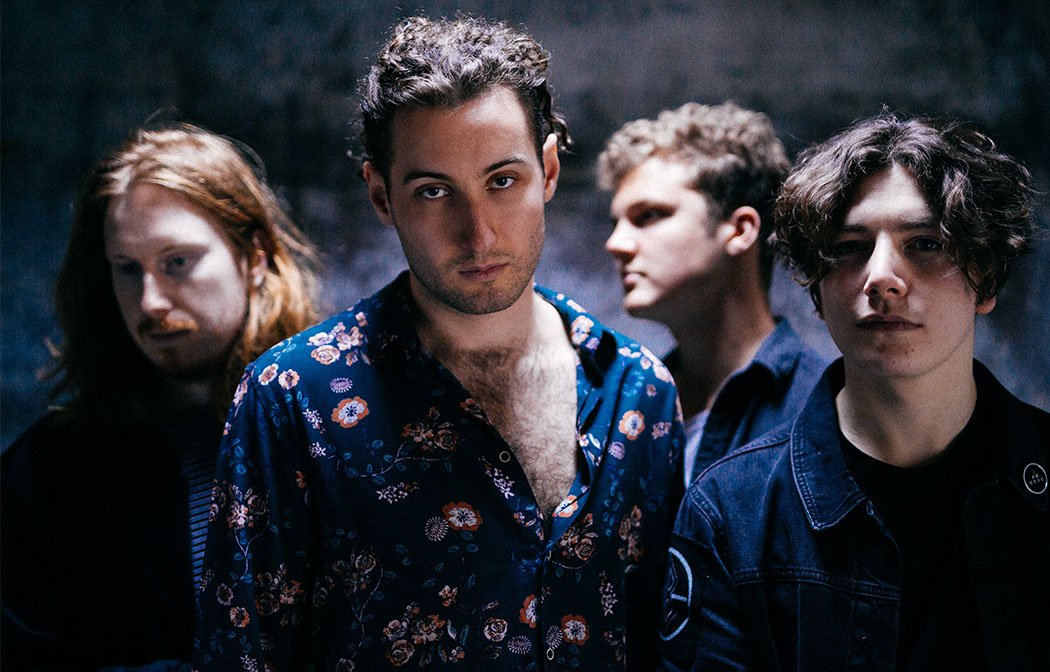 In the midst of hectic preparations ahead of their UK tour this autumn, guitarist and lead vocalist Henry from indie rock band Sea Girls kindly takes some time out from his busy schedule to talk all things music, and how 2018 has been such a big year for them.

The release of their newest single All I Want to Hear You Say has found itself in the hands of the likes of Annie Mac and Jack Saunders, making the playlists on BBC Radio 1 and slipped itself into the Spotify Indie list. “We feel so lucky and it feels so good to be recognised,” Henry says through a somewhat distorted line. “It makes us feel like we’re doing the right thing”, he continues, and they certainly seem to be.

After a manic summer playing festivals up and down the country and preparing for the release of All I Want to Hear You Say, Henry gives us an insight into the theme behind the insanely catchy number. “It’s written from a point of view of measuring yourself by how other people perceive you, or how someone else perceives you and wanting them to see all the positive things you’re achieving.” It kind of sounds like the band’s own affirmation to themselves, with them almost patting themselves on the shoulder, them too acknowledging how far they’ve come in such a short space of time.

Despite the strained line and the awkward interview circumstances (I was nestled in what can only be resembled as Harry Potter’s cupboard under the stairs, laptop balanced on my knee listening intently to the faint answers coming through the phone) the Sea Girls vocalist was more than happy to delve into his personal thought processes when it comes to his song writing. “I have to write about what I feel at the time, and what I think I need to get out.” With the majority of their music being immensely catchy and wonderfully uplifting, Henry enjoys the ambiguity his lyrics possess: “People will pick up on something that could be quite a strong thought, Like a love song, but actually the song is about something else… I want people to know that they can get more than one idea from it.”

I get the feeling that Henry likes to relate to his audience, penning issues that most people in most places go through on a daily basis. “There’s always themes of some sort of human self-doubt, natural things that people don’t realise it’s OK to experience.” He tells me about how Too Much Fun, a title that you would think would be self-explanatory is actually about being self-critical. “It focuses on the anxieties people might have. I wrote another song recently that people believe to be a love song but it’s actually just me singing about a bad side to myself or bad things that I’ve been drawn to.”

The serious themes to some of the songs however, are sometimes masqueraded when it comes to their live performances. From crowd surfing at Reading to playing their old familiar stomping ground of Leeds, Henry simply describes the experiences as “awesome”. “Playing Reading and Leeds was really special. We used to go to Leeds every year, it’s kind of where we’ve dreamed of playing. Glastonbury would be the dream as well though.”

Perhaps Glastonbury is on the horizon in the next few years, after all, Sea Girls started 2018 with being inducted into the ‘one to watch polls.’ “It’s really exciting,” Henry responds, “our EP Adored is really special to us. It’s just so cool to get recognised and have people confirming our abilities.”

Inspired and influenced by bands such as The Killers and Kings of Leon, Sea Girls are well on their way to making a mark on the music industry. Let’s hope they keep on keeping on for many years to come.