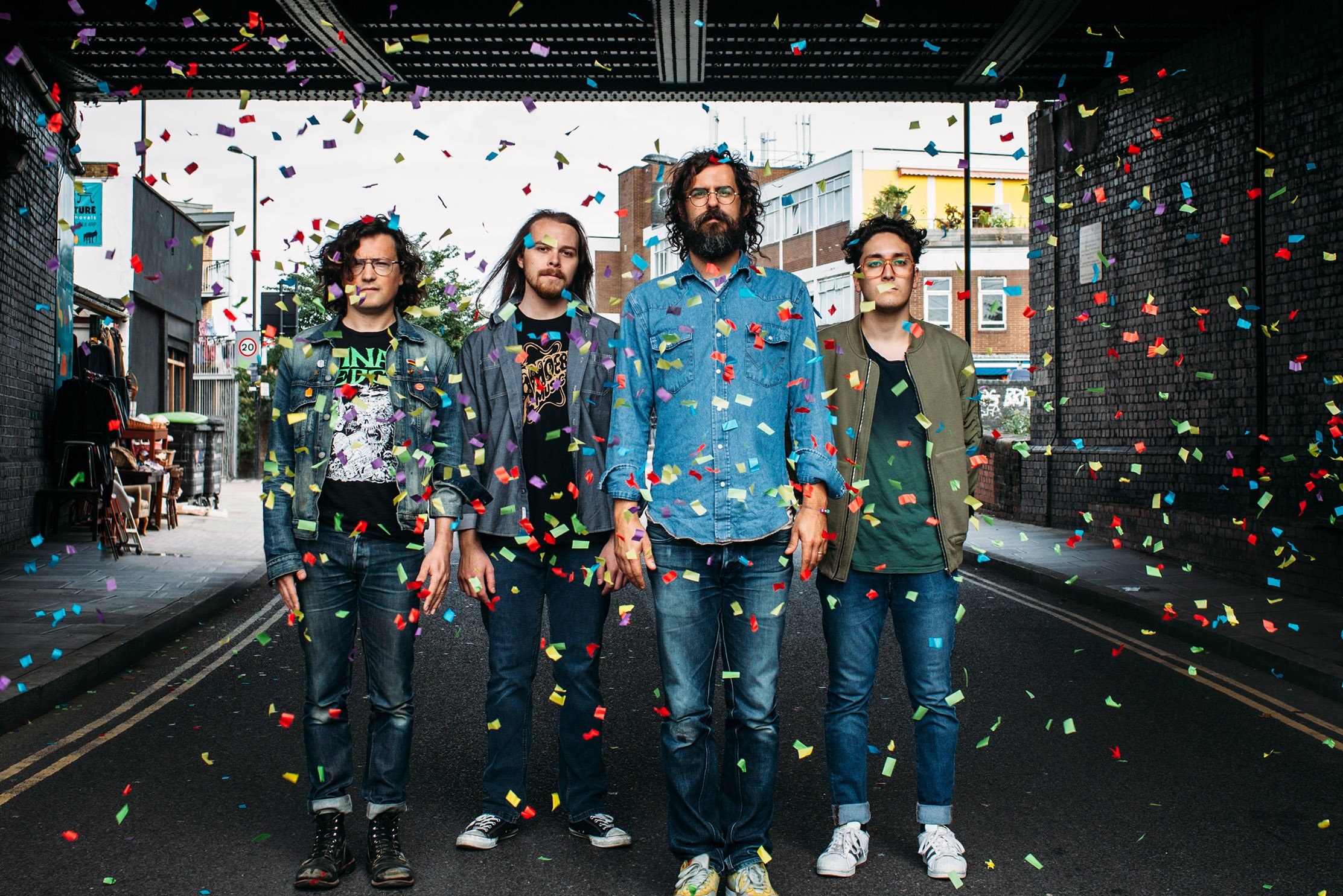 With just seven months since their last long play Performance, they have been busy putting together their new album which they will be playing in part at Brighton’s Mutations Festival this month.

It’s been a while since their last visit, but Texas natives White Denim are returning to Brighton and fully loaded with a new album. “We’ve played in Brighton a bunch of times,” says Terebecki. “We’ve played club shows and festivals, but not Mutations. We’re excited to come back.”

The band play the festival after a ten-day headline tour throughout the UK and Ireland. Unlike most bands, White Denim no longer change up their set for a festival where not as many people might know them, compared to at their headline shows. “I feel like we used to do that. Now, we just do exactly what we do. We feel it’s better that way. We don’t try to trick anybody into liking us by playing songs differently than normal.”

At the festival – and throughout their UK tour – White Denim will be playing some of the songs on Side Effects before it gets released worldwide. The album sees a wide array of both new and older tracks, recorded between 2011 and just last summer. Talking about the process of putting the album together, Steve says: “It is an array of different songs from the past few years. While we are writing there’s always a few songs that don’t work quite right on the record, we fully record them but then they just sit around. With this album we looked through our old demos and put together a record around those tracks.”

The band did a similar thing with Last Day Of Summer back in 2010, where they compiled an album around songs they had recorded but didn’t end up using in their first four years of existence. “Side Effects is a new version of Last Day Of Summer. We briefly talked about calling the record Last Day Of Summer 2, but we felt that it was different enough and deserved its own thing.”

Being recorded so shortly after each other, it doesn’t come as a surprise that Side Effects includes a handful of songs recorded alongside last year’s Performance, which just didn’t fit right for that record. Where Performance follows the story of a questioning performer on stage, Side Effects is the off-stage life of that man behind the makeup. “It’s definitely a companion piece, but there’s less of a narrative storyline. It embodies so many different ideas, the main challenge was to try and make the record sound cohesive.”

With tracks written and recorded over several years, it might be hard to keep the songs current and reflective of what the band is up to at this moment in time. Terebecki disagrees: “I feel like there’s a seven-year natural cycle for everyone, and that rings through in music as well. You go in cycles exploring different things, different sounds throughout the seven-year period. Then after seven years you go back and revisit where you were and usually it feels really good. That was the case here as well.”

In what can only be White Denim fashion, Side Effects features a vast rotating cast of performers. The band, led by Terebecki and guitarist James Petralli, has seen a number of members passing through since their emergence in 2006. “We had a lot of fun working with a bunch of different musicians over the past few years, it helps keep things fresh and exciting for our song-writing. On this record we worked with every live drummer that we’ve ever had, with the exception of one, as well as a bunch of other people.”

The opportunity to work with this many people on one record was created by Terebecki and Petralli producing the album themselves – like they did just last year. Terebecki says: “I am really proud of Performance, and Side Effects too. It was the first time we had fully produced one of our records and it felt good to take back a bit of control. We’ve made enough records at this point that we don’t really need a producer unless we’re trying to cover completely new grounds.”

And if this UK tour and a new album wasn’t enough to get fans excited, the men in White Denim have pulled some strings and will have Side Effects ready to roll on vinyl and CD at their upcoming dates, so anybody that comes to the show will be able to get hold of it before the release.