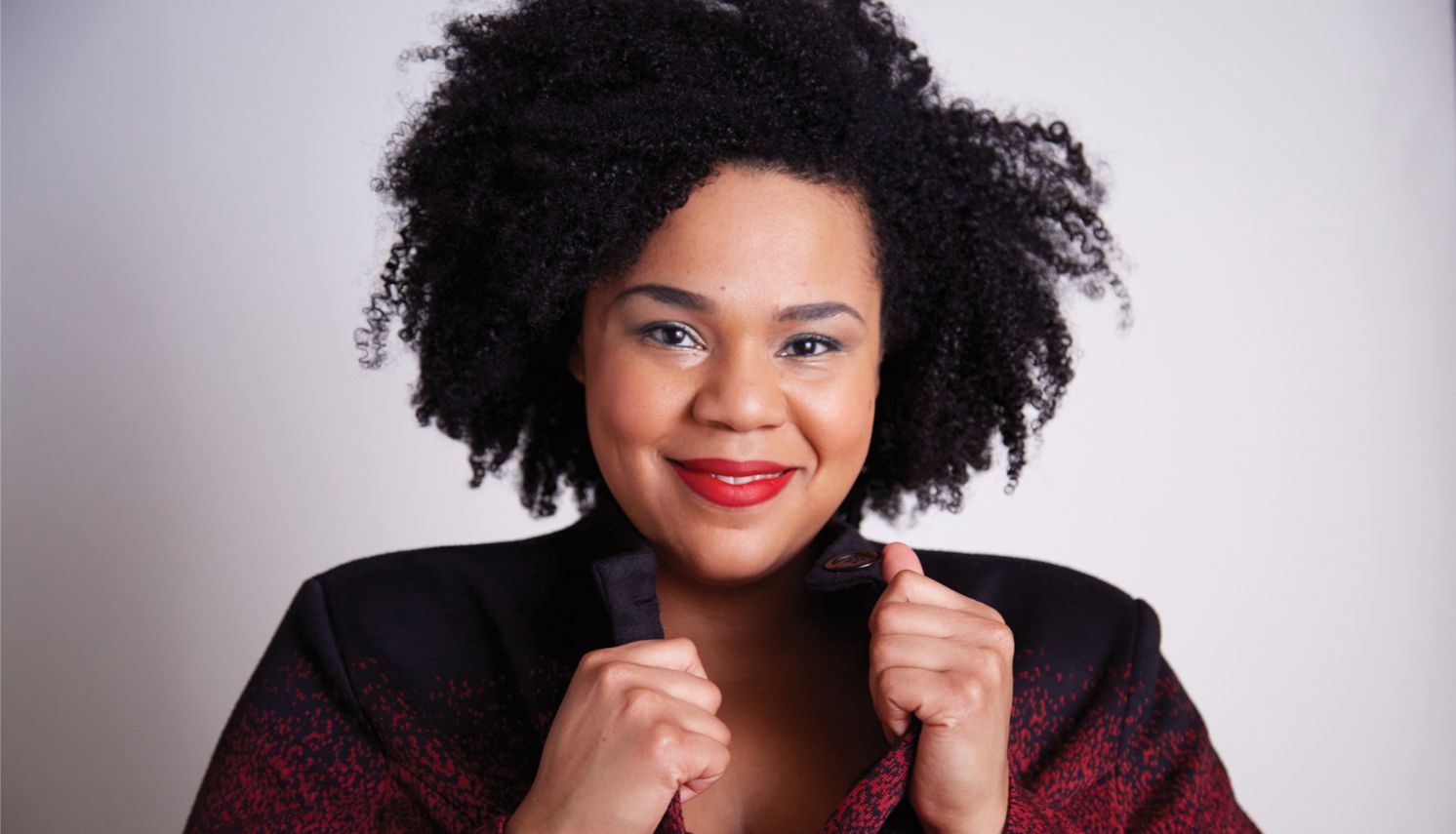 LA-born Desiree Burch has been taking the UK comedy scene by storm ever since she took the leap across the pond in 2014. The award-winning comedian has featured on shows including Live at the Apollo, Frankie Boyle’s New World Order, and Mock the Week, and is a presenter on Netlfix’s new comedy show, Flinch. Despite her long-established relationship with the UK, she admits there is still one part of British culture she finds baffling. “I’m still like, wow, you really do drink so much here, but then that’s like, oh it’s the only way that you’re allowed to express feelings…I get it! You guys drink way more than Americans in both frequency, and quantity.”

Other than our penchant for a post-work pint (or two), Desiree has found that both American and British audiences alike enjoy her socio-politically aware style of comedy. Political comedy is important to the comic, she believes it’s an important tool in engaging people with current affairs, and it allows often taboo subjects to be spoken about more openly. She does worry that comedy normalises political issues to the point where they no longer seem like real problems. “We’ve been doing stand up and panel shows about Trump and Brexit for so many years now that it’s become so normal and chaos has been forgotten. Everybody’s just sitting around and laughing about it.” Desiree sees comedy as a coping method, and a way to accept feelings of powerlessness in times of political turmoil. “Trump is making decisions that are going to take decades to undo, and these changes are just happening and we have to respond with humour because the awfulness is that we’re just letting it happen.”

Desiree also speaks regularly about being a black, bisexual woman in comedy, a sector which is often seen as something of an old boy’s club. More female comedians than ever are breaking into the industry, with women like Sarah Pascoe, Katherine Ryan and Sarah Millican now household names. Female comics are no longer a novelty, but the comedy scene is still very much dominated by white men. “Men get taken a chance on a lot more. There are still older men who run comedy nights and shows and they’re like: ‘I don’t know, she only talks about being a woman.’ But what do you think the male comics talk about? A lot of the time comedy is just four bald white dudes named Dave, and they think that that’s normal and that represents everybody.”

When Desiree isn’t doing stand-up, she’s attaching a bowl of bird feed to the neck of a brave volunteer, releasing a swarm of hungry chickens and watching the chaos unfold. No, this isn’t that weird dream you once had, or part of the comedian’s previous work as a dominatrix, but it is the premise of her new Netflix show, Flinch. “It’s a totally fucked up concept, which is why I love it! It’s about challenges that are designed to make people flinch, and if you flinch you get an electric shock. I mean it sounds like a Japanese gameshow. It’s just on the right side of cruelty, like Kick Ass or Total Wipeout.” Desiree is joined by co-presenters Seann Walsh and Lloyd Griffith for Flinch, out 3 May on Netflix.

So, what does Desiree think of Brighton? “I love it. Where do you park though?! I want to come down but where the fuck am I supposed to park? It’s like, ‘Welcome to Brighton, keep it moving people!’.”

Desiree Burch will be at the Brighton Comedy Garden, joined by a line-up of the biggest names in comedy on 19 – 23 June.