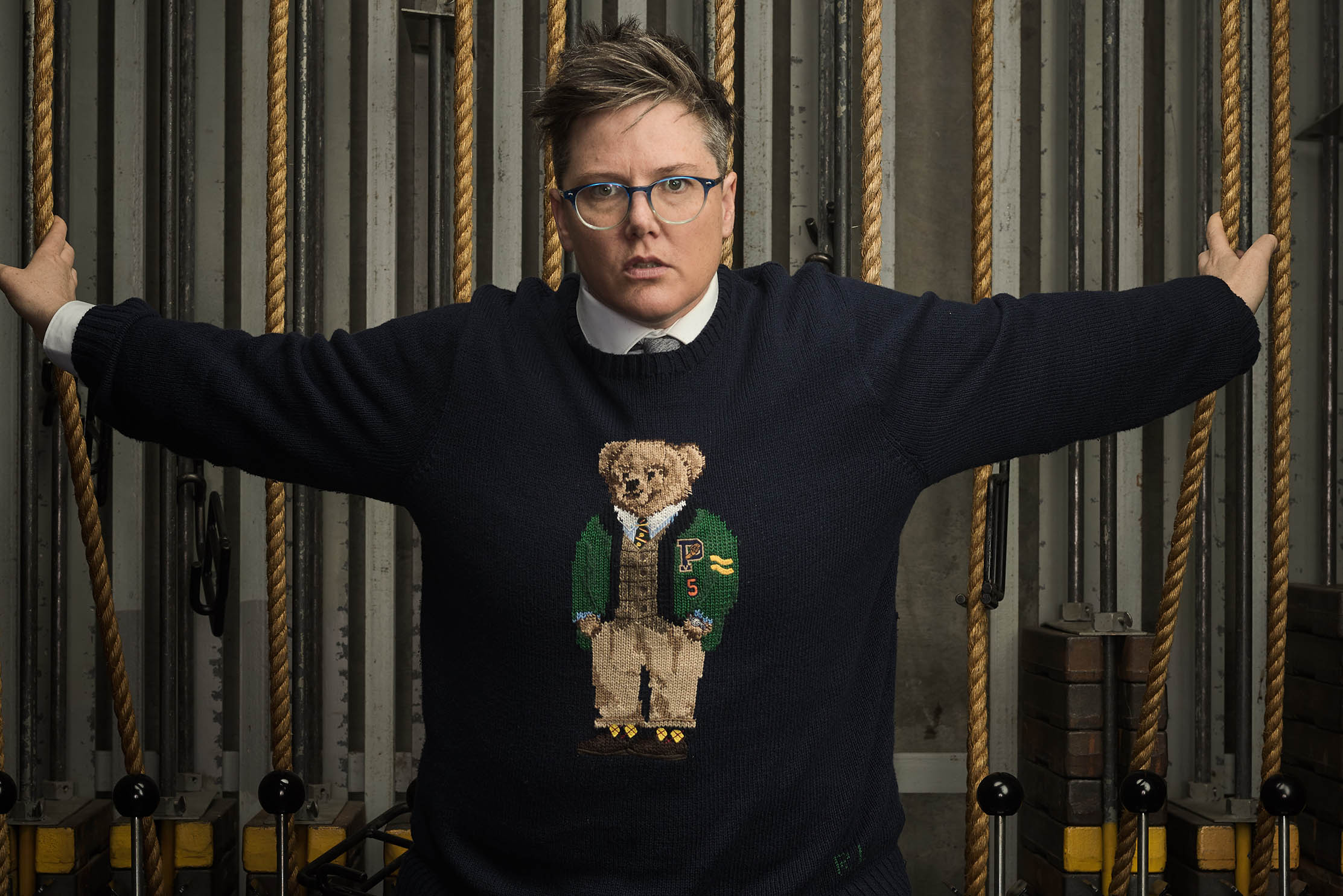 Sometimes in life, things just fall into place. You and your bus arrive at the exact same moment. There’s no queue at the coffee shop when you’re running late. You’re offered a day off when you were just about to ring in ‘sick’. I watched Hannah Gadsby’s seminal 2018 Netflix stand-up show Nanette and, the following day, the stars aligned and my editor asked if I’d like to interview her.

For those who loved Nanette, you’re in luck – Gadsby’s new show Douglas is also going on Netflix once her world tour comes to an end. Nanette was the show that broke comedy – it either being a fragile construct or Gadsby exceedingly strong – and Douglas is where she pieces it back together… with a lot more jokes this time around. It is named after one of Gadsby’s dogs and also “The Pouch of Douglas” – part of the female anatomy which, obviously, was termed by a man. In the show, Gadsby debunks some myths about autism (she was diagnosed three years ago) and also discusses expectations: those she has of herself and of her audience.

After the success of Nanette, it seems likely that Gadsby would feel worried about being able to write another hit. This, however, is not the case. “Nanette freed me up to doing a lot of things but it also feels like I’ve painted myself into a very particular corner and now I’m trampling all over the paint to get myself out of the corner.” This I disagree with. By changing the accepted norm of stand-up, Gadsby has surely made certain that there is no corner left for her to be in. The stage is now a blank canvas for her to paint, smudge and roll all over as she wishes. Without, however, “being an arsehole” as she puts it. Her audience is of the utmost importance: “I could have done an alright show that was just good enough for Netlfix but the live experience is really important for me.”

She wants to entertain, intrigue and interest, all while steering clear of becoming self-indulgent. It’s easy, and likely, for comedians to do the latter once they hit the big time, as venues are expected to fill and shows become more of a “cruise” (Gadsby, for example, is getting standing ovations before she has uttered a word). Often the potential of the influence they now wield is not achieved and Gadsby doesn’t wish to fall into complacency. 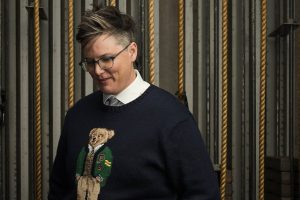 After spending 10 years building her career and her audience, Nanette significantly popped that bubble. Gadsby’s audience is now basically anyone with a Netflix subscription and whereas most would find that terrifying, she simply laughs.

“No one individual can cater for the audience that I now have… I had a choice to either temper what I said in order to make sure that I catered to every demographic that Nanette brought into my sphere, or I could carry on the path I was going, which is to say exactly what I feel: and that’s what I’ll be doing with Douglas. I’ll leave audiences to decide if they want to keep up their following of me.”

She understands that she is inextricably linked to her audience but that bond can be draining. Self-care is of paramount importance so that her creative output is more yielding and her shows more enriching “and all that guff”. The success of Nanette has offered a certain amount of financial freedom which means she can put a boundary around her time. She now has the luxury of saying no to shows and festivals that previously would have been essential to paying rent. Like the rest of us, she takes long walks, naps frequently and drinks a lot of tea. A simple creature. When exhausted, due to her neurological disposition, even everyday routine becomes difficult to cope with. In her memoir, 10 Steps to Nanette, she explores and explains more about autism along with her 10- year career in stand-up. Writing the book in itself was mentally demanding. Trips down memory lane she found wearing and the number of memories she could recover was overwhelming. Although she does find the idea of writing a memoir “bullshit” (I’m sure it will top many a bestseller list, nonetheless) she concurs that readers will take away an important message of how autism colours the contours of life. “It’s an infusion, not an abstraction” – although it is central to who you are, it is not all you are.

Having this success, the power, the position thrust upon you overnight, would turn the best of us mad, but Gadsby takes it all in her stride. She knows her limitations and her strengths. She knows what she wants to say and she intends to use her platform to represent the minorities that she was, and is, a part of – autistic, low-socio-economic, queer. If there’s a reason to part with your money this month, it’d be to see Gadsby. Not only because in this show she will re-mould the stand-up format that she shattered but because she, possibly unlike any other comedian, feels responsible for you parting with that money.

She knows how much it means to you and she won’t spend an hour making you feel tense, regaling half-true stories for laughs or underestimate your knowledge. Thank god I watched Nanette that Monday night.