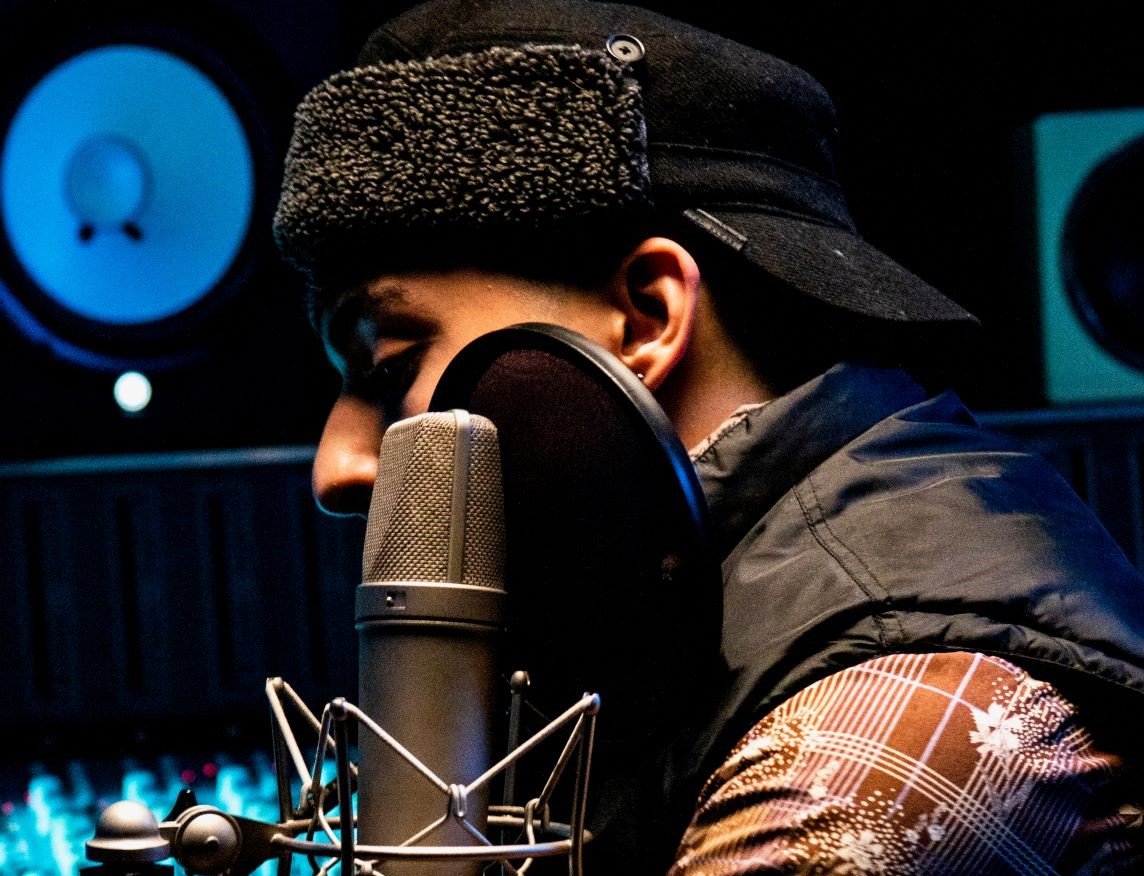 Hailing from London, J P Rose travelled to Brighton in the hopes to kick-start his early Hip-Hop/R&B career. Now after making a dent on our beautiful streets with sold-out shows at some of our best and intimate music venues, Jonas Rosenthal (J P Rose), brings us his most exciting body of work yet “Throwbck Pck” and tells Mason Meyers about his plans for a new

Tell me about your new EP “Throwbck Pck”

It’s compiled of two tracks I made, Way up and CEO and I made those tunes in 2017 and 2018. And at the time I thought these tunes were crazy and they were going to make me blow up, but I was holding onto them for dear life just waiting for the right time to release, but the right time never comes.

After releasing a lot of music last year I thought, let’s throw it back for a bit and give them some old J P ya’ know?

What are the songs about?

I make it out to be a lot deeper than it actually is. On my gap year, I was just living and working, and I had never been in a workforce before, and I was working bad jobs that people in my school would have looked down on. I remember seeing people walk past me that I knew, and it would be embarrassing, but I owned it you know? I was becoming quite miserable.

And then CEO was written later into the year and was probably prompted by things that I wasn’t too happy about. I wanted to rebel, I had that real rebellious feeling. It was inspired by that feeling of rebellion and wanting to be the fucking boss.

Yeah man, I’ve got something on the way. I’m always aware that I have to carry the responsibility of reflecting the current times we’re in, that’s our job’s as artists. I want to see if I can get people to see things differently and question their own opinions and their views.

Are you conscious about not saying the same thing everyone else has already said or is saying?

The EP was written in 2018, are you still working dead-end jobs?

Definitely, but music isn’t at that place yet where I can rely on it for an income. But luckily, I provide a lot of services with my music, I mix and master and produce, and I make royalties from other people’s songs that I have produced. But my music needs to pick up a bit for me to be more comfortable, I’m nowhere near where I want to be but I’m happy with where I am at now.

Have you seen a big growth in your fan base in the past year?

What’s the game plan from now on, do you release singles from now on, or release an EP and risk releasing too much music?

I don’t think there is any risk of releasing too much music. Maybe it means that some stuff will fly under the radar, but that’s not necessarily a bad thing. When you release something later that does well, it means that people have a back catalogue to go and listen to and fall in love with. Rus, the rapper, educated me on that, he said that the back catalogue is so important because when someone finds a song, they like from you, you’re not just a song, you’re then an artist that they can go and dive into.

As far as my plan, there are going to be more singles released but we are definitely ready to release the first J P Rose project.

Would an EP be a collection of singles that you have done so far, or will it be completely new stuff?

We’re not there yet, but we are closer. But when I release an actual body of work, I make sure to make it more than a collection of songs, I make it cohesive and a great listening experience for my fans. Whatever it is, it won’t just be a collection of singles compiled.

Is that because you prefer concept albums as opposed to albums with loads of singles?

It’s partly because of that. Personally, I’m more of a singles kind of person than an album person, but people out there are more album people, so I have to appreciate a great album. I love the sonic journey an album will take you through, that’s so important to me.

We see a lot of the same faces in your songs, what’s the deal with that?

I work with Feux a lot (pronounced Fuh, also pronounced Fo). I met him before I started taking the music thing seriously, he wanted tips; fast forward six months and his songs are doing well and I’m his main producer. We’re really good friends and he always helps me with my tunes, we flow really well together. Also, shout out Ziah. it’s all good vibes in person and there is loads more music to be made.

Your style has changed a bit you’ve gone from straight rap to R&B, why is this?

It’s a combination of things but I’ve always wanted to do something more than just Hip-Hop, I always wanted something more in the tunes I was doing and it not just to be straight Hip-Hop. It’s a great way to show my range as a producer and an artist. I love little soft melodies on the track and realised when I made RN that’s what I do best and what suits me the best. I don’t just want to be a little kid that is trying to rap and be a hard rapper like everyone else. 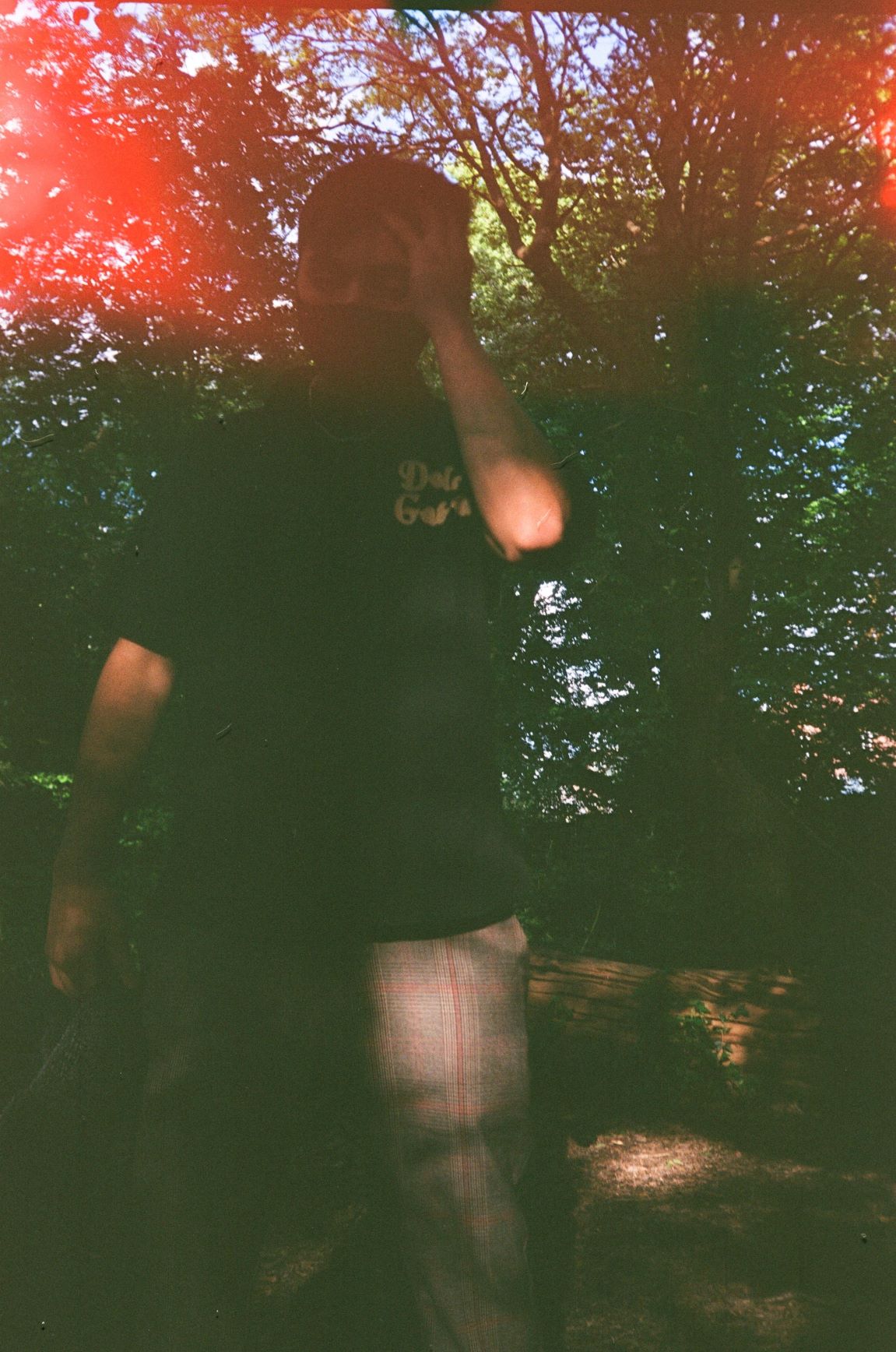 There is a market of people that want you to rap more in your tunes, do you think you would ever go back to Rap?

I view my voice as just another instrument, just like a guitar or just like a piano, so whichever sound my song needs the most I will do that. There is no plan for which direction I want to go in if a song needs a rap verse, I will give it a rap verse. You won’t see me never rapping again, it’s a part of me. But the kind of music I want to put out now is more soulful, it’s smoother, so you will definitely see a lot of singing as well.

Coming from London to Brighton, do you feel like you have to put up a larger London persona to put on a face and stay credible as a rapper living in an indie rock music cantered city?

I never want to change who I am for the environment I’m in, and luckily it hasn’t been too much of change with the vibe of the shows I do. Brighton is a big student city, so it still retains the same sort of urban feel that London does. I haven’t thought too much about how I fit into it, I just do me.