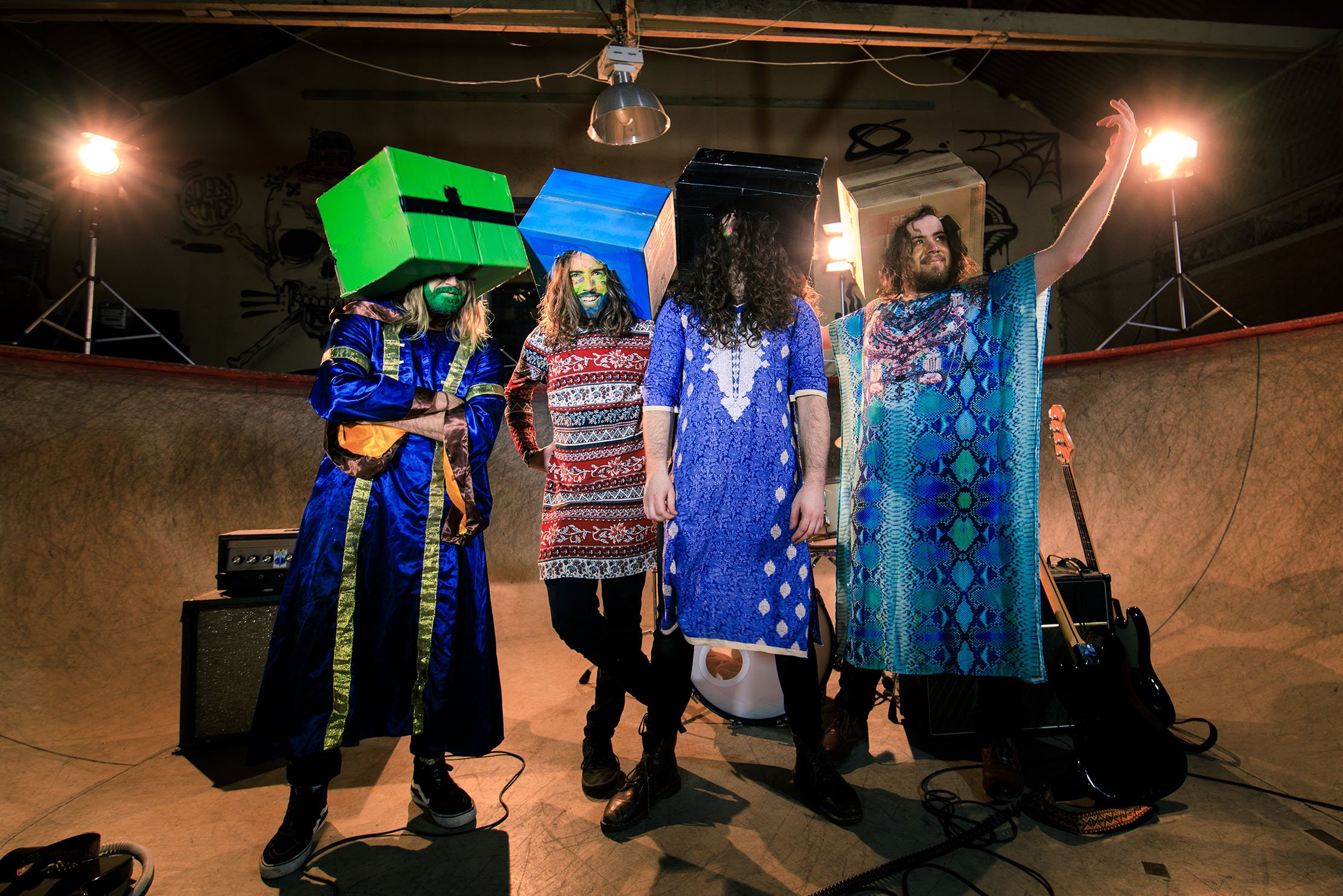 You can be forgiven for thinking with a name that, the PPC’s are not to be taken seriously. However, the band have big plans, and the determination to match. Once stating they were only 10% of the band they could be, the Psychedelic Porn Crumpets have a bright future. “I want to spend every waking minute devoted to creating music. Imagine if physicists wrote albums, or high profile athletes who exhaust themselves for moments of greatness. I feel like I write as much as possible but there’s so much interference while creating that it’s almost impossible now to fully shut off from the world and fully immerse yourself into your art.”

As well as their musical determination, the Psychedelic Porn Crumpets have also created their own label, What Reality? Records. Independence is clearly important to them, and owning their label gives the four-piece 100% ownership of their music, as well as the freedom to release music on their own terms and pursue their own creative interests. “Now the label’s grown a bit we’re fortunate enough to talk terms with labels and work together on what we want rather than being thrown a bone for four people to chew on.” The band also hint that their label may someday be used to sign other up and coming bands, giving other artists the same freedom they’ve enjoyed.

The band’s name probably doesn’t have commercial appeal, but that’s part of their ethos both in choosing names and making music. “Music is so subjective, I know I’m not going to please everyone but as an artist that’s kinda your main objective, else we’d all be writing interpretative gobbledygook that only the creator likes to listen too.” Despite this attitude, the band clearly care deeply about their sound and the reception of their music. “I’m just happy people are listening to it, even though sometimes that’s a bit daunting. You spend months working on an album which you feel so connected too and then it’s no longer ‘yours’ anymore, or you want to change bits right up until the final deadline. I think in an ideal scenario I’d like to have more time with the record before it’s passed on, make sure I’m completely confident with all the tracks and then playing live we’re nailing them.”