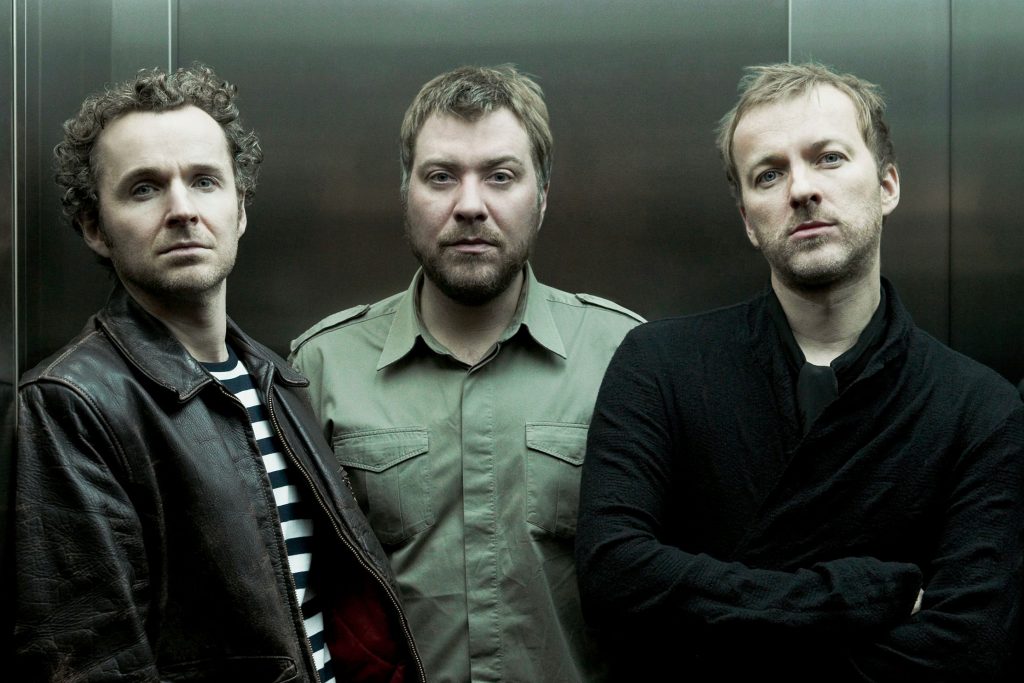 After nearly a decade away, Doves are thrilled to bring their high-octane rock and roll back to Brighton, the place they call a city of music. Andy Williams, Jez Williams and Jimi Goodwin from the Manchester-based band are gearing up to play alongside Feeder, The Twang and The Coral at Brighton Racecourse on Fri 6 July.

Drummer and vocalist Andy says: “It has been 9, maybe 10 years since we have played Brighton, and we have never played a racecourse, so we are really looking forward to it.” Working and touring together intensely for 20 years has taken its toll, causing a break in 2010, but this was always a hiatus and never the end for the trio, he tells me. “It’s just good to mix it up every now and then. Creatively there was a dip, the gigs were still good and the last record was still good but it was just getting harder.”

Doves’ music dips in and out of various genres, spanning indie rock to electro, house and pop. “Growing up in Manchester, the Factory bands were really influential, just in terms of how they were self-sufficient and very independent minded.” Forming around the time of a dance music explosion meant Doves first band, although still a rock band, took heavy influence from American dance and electronic music. Andy refers to them as a music magpie; picking the best of what they like and trying to put it through their own filter. “We all listen to such different stuff and bring different things to the table, but that is the strength of the band.”

Doves’ new music is inspired by the musicians’ lives, taking a different approach to their previous work. “It has got a different, more organic feel. It is hard for me to say but it is definitely different, but it is also unmistakably Doves.” Nearly ten years since their last musical gettogether, they all felt no time had passed and meeting up with old friends was as natural as ever. “We all met at a Lebanese place, had a big meal and a good laugh about old times. We started getting together, working on new music and it just kind of sprang from there really.”

Their big comeback came through playing at the Royal Albert Hall for the Teenage Cancer Trust last year. Although there were a lot of nerves, it was a special night for the band and a career highlight for them to play such an iconic venue.

“It has been 9, maybe 10 years since we have played Brighton”

It is clear he feels blessed fans have stuck by Doves and there is still a desire for them to continue touring, calling the reaction to their comeback staggering and incredible. Williams says working hard is crucial to succeeding in the music industry but having fun is always the aim. However, he explains this is not the case for aspiring bands and artists. As the industry gets tougher and the route of labels developing bands over several years diminishes, a lot of people don’t get a second chance despite their hard work. “I think it is really hard for younger bands. We were kind of blessed when we first came out to sell records and make a pretty decent living. But that seems to have all gone.”

Without giving away too much, Andy makes it clear fresh new music is bound to embed itself into fans’ hearts soon with an album release next year highly probable, teasing the possibility of further UK gigs with hopes of playing as far afield as Mexico and New Zealand.

According to Andy, self-doubt is something Doves have grappled with repeatedly over the years as it is easy to go from being ecstatic with a song to thinking it is the worst thing ever written in as little as an hour. “I try to write something, put it down and then analyse it later rather than halfway through the process, because it is a creative killer if you are overcritical of your own stuff. I think there is a time and a place for that but not while you’re creating it.”

Taking a step back appears to have given the band a new perspective and appreciate everything more, which has been key to their recent progression. “When you are on that circuit where you are just touring constantly. It becomes the norm, and actually it’s a pretty good way to make a living.”

Doves, supported by Feeder, The Twang, and The Coral, play Brighton Racecourse on Fri 6 July.