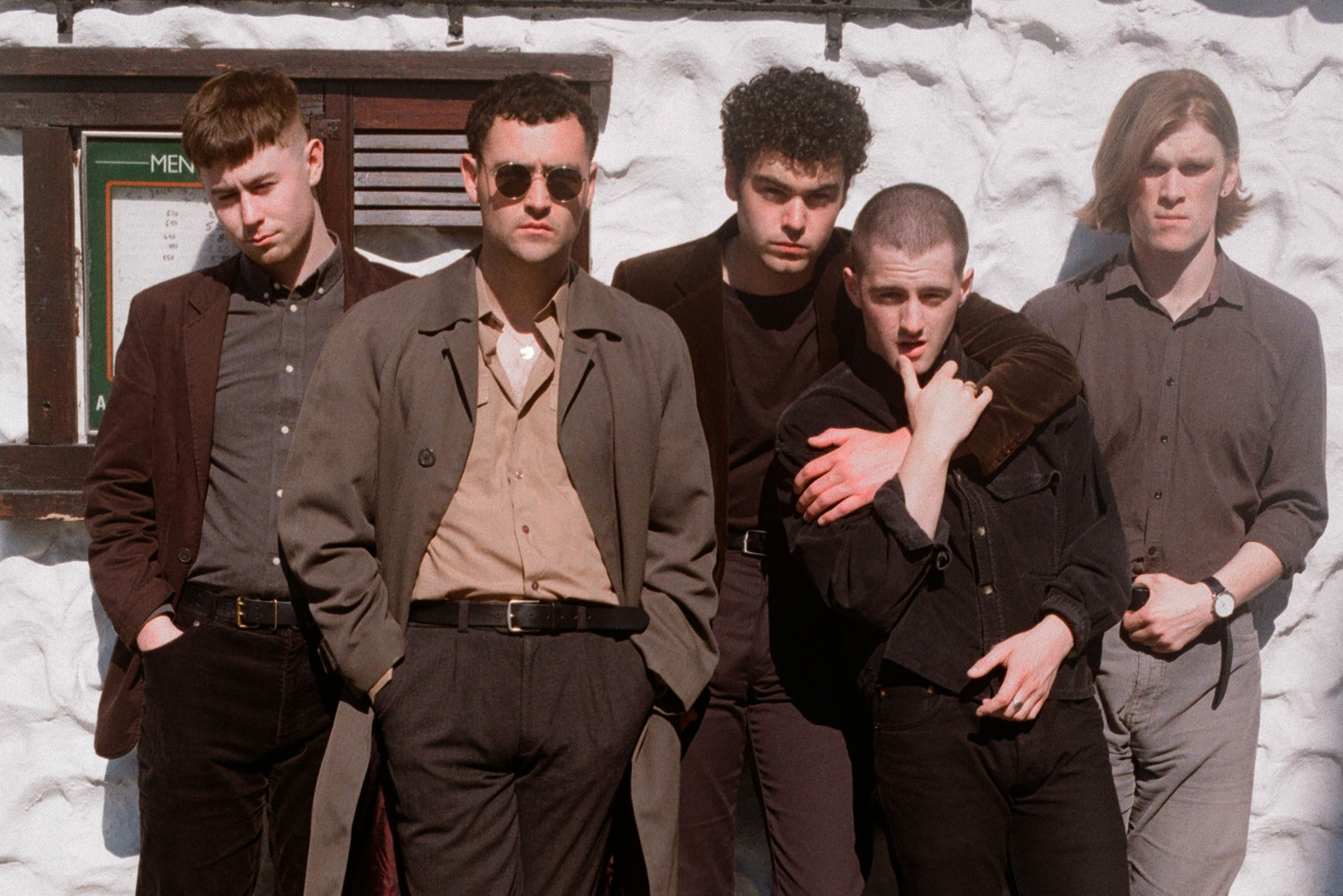 BN1 chats with… The Murder Capital

The Murder Capital, a Dublin five-piece band have recently released their debut album When I Have Fears last month. Their early success shows they’re already a force to be reckoned with and this album will only catapult them further into stardom.

Going viral with their song ‘More is Less’ and swiftly amassing a dedicated and loyal fan base with only a handful of songs came as a shock for the band. “It’s very weird,” says guitarist, Cathal Roper, “It’s great though, like wow. They have a fanbase thing as well, which I thought was nice. It’s funny because you’re kind of just doing your thing, we write music and play shows, and then having people behind you supporting you is
something we’re excited about.”

With their debut record now out in the world for all to hear, Cathal reflects on this and the journey they went on to create it. “I’m definitely excited. I think it will be a relief as well to have it out. I think all five of us are excited about it, and predicting a sense of relief on the day also. Me and Gabriel joined in August, so August till the end of May, you’re looking at nine months to make.”

Their success has definitely been a whirlwind. Having to upgrade their venue in Brighton to the Concorde 2 due to popular demand, this five-piece band are clearly destined for big things. Although their success has had a fast trajectory, it doesn’t mean that the planning and thought process behind their music has been anything less than meticulous, with social issues at the forefront of their thinking. Speaking about the reason behind their striking name, Roper said: “James [vocals] came up with it. He had just lost a friend through suicide. There’s a constant debate in the country about mental health services not being provided, and I thought it was kind of a reflection on that, on our country. We’re living in Dublin, so we called it The Murder Capital. We thought it would start a conversation about it because even people in their 40s or 50s are hearing about this for the first time; it’s new to them. If anyone had a problem in their day, they were just a weirdo. Also, it’s just a cool name.”

The band’s favourite gig so far has been Truck festival. “We really enjoyed it. That was mental. And also, All Together Now felt like we had won over the Irish crowd. Same for London people too: people stand around and think, ‘do I like this?’ And they study you for a bit and you kind of have to earn their trust and their support. We felt like we did that at All Together Now.” As for their worst gig, Cathal reflects back on a time where the band had one too many joints and this resulted in a rather memorable experience. He can see the humour in it now, saying: “We’re playing the songs and the whole set is fine, but the five of us were just freaking out. Everyone was helping each other out. It wasn’t the worst gig, but I would never do it again.”

Having met the rest of the band through school, Cathal gave some tips to students who may be toying with the idea of embarking on a musical career. “When you’re studying, people go out a lot as well, so if you really want to work on the band and that’s what you really want to do, then really give it your all. When you’re in college you can’t balance three things, like going out, college and being in a band as well, so I think just focus, if that’s really what you want.”

Cathal fills us in on what we can expect from one of the hotly anticipated records of the year: “That’s a good question. I want people to enjoy it and make a connection, and maybe have it be something longer lasting for them.” Already making waves with their music, their success is limitless.