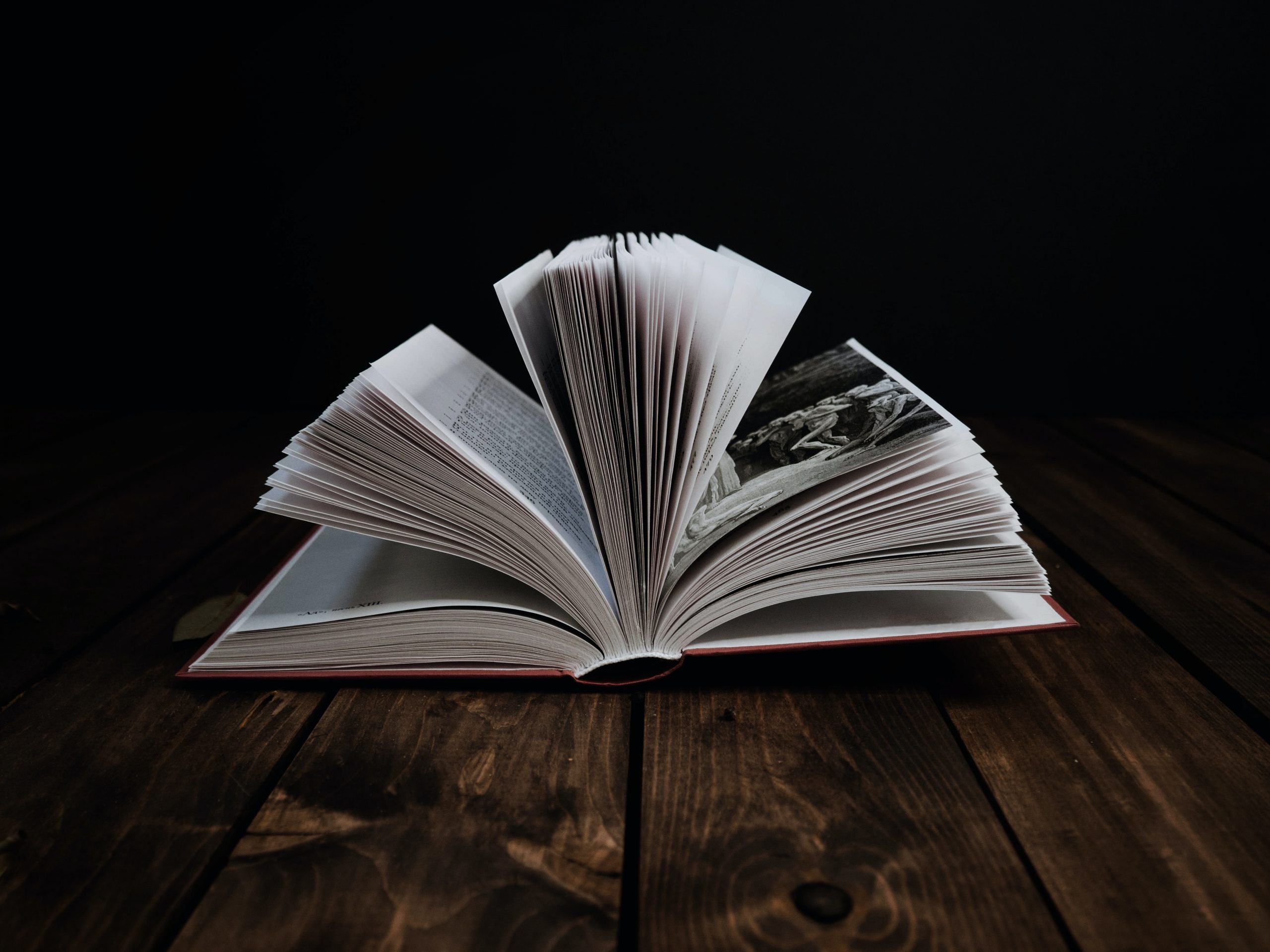 According to the Reading Agency, one in three of us are reading more than ever during the lockdown. But sometimes that lofty tome you’re determinedly ploughing through as you feel you should read something highbrow (no, good, me neither), or the fifth Mills & Boon in a row (that’s more like it), is a bit much and you fancy a change. To that end, below follows a list of some of the most renowned graphic novels available.

If you hear “graphic novel” and think “comic”, think again – yes, they can be funny and daft and light hearted, but they can also be penetrative and serious and heart breaking. These are works of art, both illustrative and literary. They’re able to shine a different light on subjects like environmentalism, the Islamic Revolution and the Holocaust, and make us reassess our beliefs about them. To reiterate the point, the list below includes a Guardian First Book Award winner as well as a Pulitzer Prize winner. 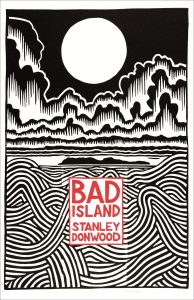 A parable on mankind as simple and stark as it is profound, Bad Island tells the tragic story of a remote island: at first untouched and rich in life and vegetation, the arrival of civilization brings its destructive trappings, irreversibly changing the island for the worse. An inevitable and important message for our times, the story is told in monochromatic, linocut illustrations by Donwood, the renowned graphic designer, and long-time collaborator with Radiohead.

Black Hole – Charles Burns
Burns’ metaphor-heavy autobiographical tale of adolescence examines life in 1970s Seattle where a strange plague is affecting the teenagers. Transmitted through sexual contact, the disease can have a truly grotesque impact or something scarcely visible – but once someone has it, there is no going back. Set during the cultural evolution happening at that time in the States, and the personal transitions of adolescents into young adulthood, it deals with teenage truisms such as bullying, alienation, anxiety and the longing for escape, before things descend irredeemably into murder.

Blankets – Craig Thompson
This multi award-winning novel, described by The Guardian as “one of the best graphic novels of all time” has been hugely influential and is rightly recognised as one of the pioneering titans of the genre. Largely autobiographical, this lyrical tale of adolescence and heartbreak deals with devout Christianity and abuse as well as love and hope. Set in snow-blanketed, small-town Wisconsin, it is atmospherically illustrated. Although often dark in nature, it tackles difficult subjects with sensitivity and provides a catharsis for anyone who experienced a difficult childhood.

Dragman – Steven Appleby
Appleby brings his inimitable drawing style that’s proved so popular in publications such as NME and The Guardian, to his first graphic full-length graphic tale. He also brings to it his own experiences of being a transvestite, in telling the beautifully structured story of August Crimp, an ordinary man who discovers that he has superpowers when wearing women’s clothing. A masterclass in shining an absurdist light on themes ranging from greed and self-doubt to the meaning of life. 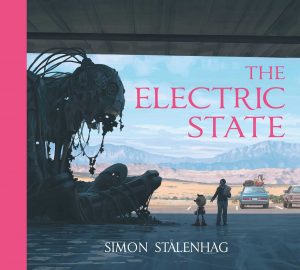 Set within an alternate, post-apocalyptic America in 1997, this beautiful book tells its story through sparse text and stunning, evocative imagery. Michelle, with the help of her toy robot, is looking for her missing brother, searching across a landscape of western plains and barren scrubland, littered with vast and mysterious machines, that appear to have been left decaying and abandoned. The captivating illustrations create a desolate world that’s both familiar and otherworldly, and is utterly irresistible.

Flake – Matthew Dooley
Often described as a mix of Alan Bennet and Chris Ware (see Jimmy Corrigan, below), Flake is Dooley’s highly acclaimed debut graphic novel. Set in the cutthroat world of ice cream vans, the book opens with the tantalising scene of Howard standing on top of his van which is all but underwater, before taking us two weeks back to discover why he’s found himself in such a predicament. Having immediately grabbed the reader’s attention, a neat, simplistic drawing style and punchy dialogue keep the pages turning.

The Gigantic Beard That Was Evil – Stephen Collins 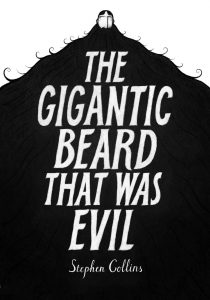 It’s impossible not to be drawn into this beautifully titled, exquisitely drawn book from the offset. This unconventional parable on modern life is made all the more effective by a simple, beautiful plot that sees Dave, completely bald all his life, out of nowhere grow a beard that becomes, well, gigantic. Collins’ use of non-traditional panel sequences is hugely inventive and highly effective, and just adds to the sheer joy of this unassuming work of art.

Hostage – Guy Delisle
In a time when we’re all feeling trapped in our homes, such a book highlights just how lucky we really are. In the middle of the night in 1997, Doctors Without Borders administrator, Christophe Andre, was kidnapped by armed men, and taken into the Caucasus. So begins a harrowing ordeal that sees Andre handcuffed in solitary confinement for months. As he battles crushing despair and increasing hopelessness, he tries to keep his mind active and hope alive. A brilliant portrait of the psychological effects of solitary confinement by a much-celebrated author.

Jimmy Corrigan: The Smartest Kid on Earth – Chris Ware
Winner of the Guardian First Book Award 2001, becoming the first graphic novel to ever win a major British literary prize, Jimmy Corrigan is rightly considered a classic of any literary format. The plot’s loose framework is a brutally honest examination of an average joe, as he meets his father who abandoned him as a child. The story is predominantly told, however, through chronological flashbacks to his ancestors, helping to explain why Corrigan finds himself alienated, awkward and often unlikeable. A hugely inventive array of illustration techniques confirms this as what is generally acknowledged as being the greatest graphic novel ever written.

Maus I and II – Art Spiegelman
The Pulitzer Prize-winning Maus was described by The New Yorker as “the first masterpiece in comic book history.” It’s difficult to praise it more than that. But this is a truly remarkable book, both in ambition and actualisation. Written by the son of a holocaust survivor it tells the story of his father’s harrowing experiences through their own strained and difficult relationship, in the shadows cast by such unspeakable horror and the survivor’s guilt that forever impacted their lives. With the Nazis portrayed as cats and the Jews as mice, the forceful imagery helps us imagine something so unimaginable we try not to.

Persepolis – Marjane Satrapi
This candid memoir lifts the curtain on a hugely important and transitional time in the Middle East, and views it through the eyes of a child. Satrapi takes us back to life in Iran under the Shah’s regime, and the radical changes brought about by the Islamic Revolution. Dealing delicately and honestly with the impact those changes had on her daily life, the frank imagery helps illustrate the contrasts between intimate family life and public religious enforcement. As funny as it is illuminating, this is a vital read for anyone wanting to better understand life in such a troubled region of the world.