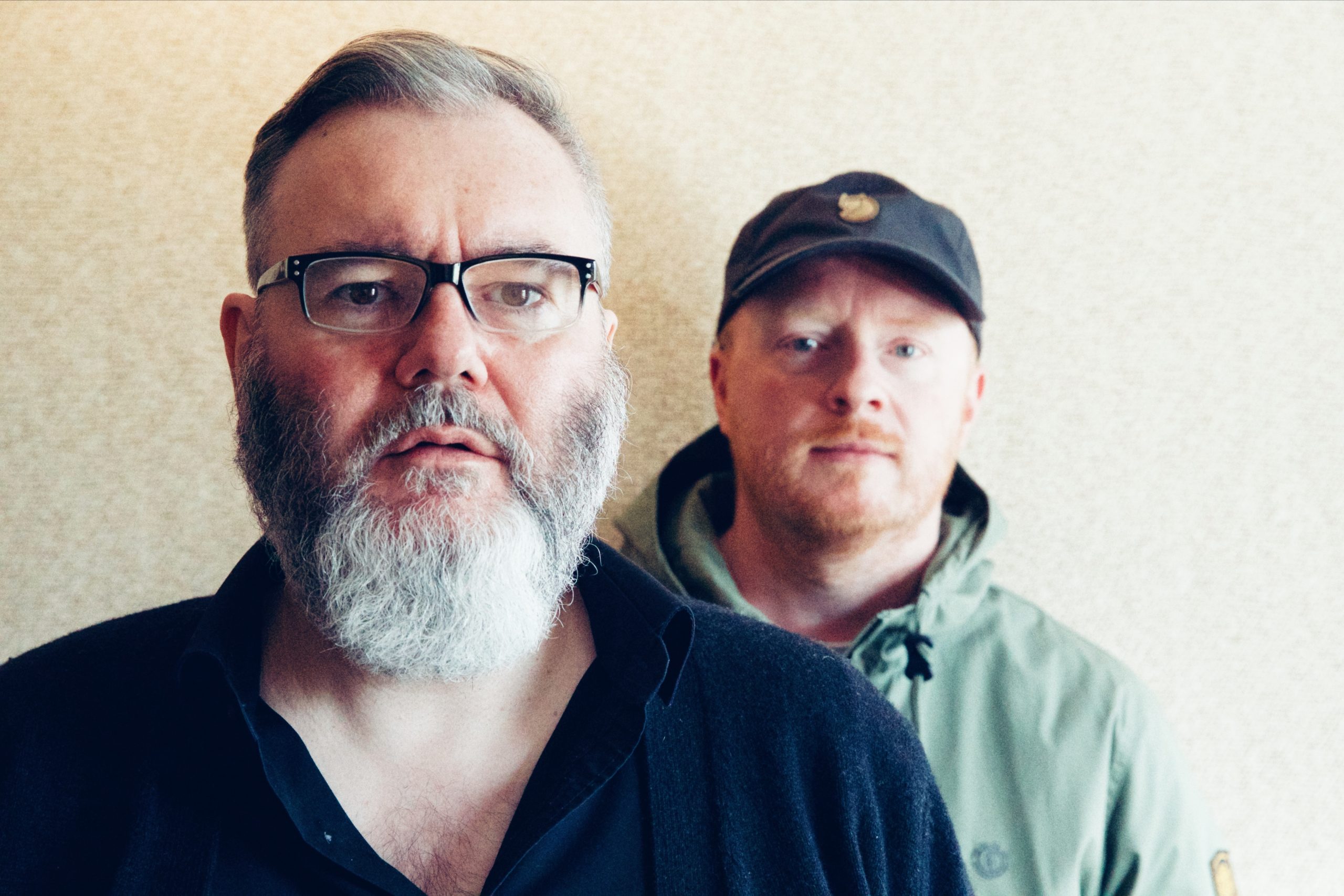 Sometimes you don’t realise what you have until it slips away. Since Arab Strap stopped making music, so many other bands sounded just a little anodyne. Not bad as such, just occasionally a little bland.

Vocalist Aidan Moffat and multi-instrumentalist Malcolm Middleton formed Arab Strap in 1995. Growing up together in Falkirk, the pair started out musically by sharing their home-recorded tapes with friends.

These reflected their environment, bawdy anecdotes and in-jokes, but the tales of sex, death and crushing comedowns attracted attention from legendary Glasgow label, Chemikal Underground. Soon, their debut album, The Week Never Starts Round Here, was delighting listeners everywhere with its startling post-rock dynamics and bittersweet accounts of weekend misadventure.

After little more than a decade of reclaiming British rock from a legion of chart-friendly haircut models (or ‘Brit-pop’ as the press jubilantly labelled it), the pair broke up in 2006. Reforming for a few live shows in 2016, the production of an energetic new album shows the band can be considered officially back. “There are certainly a few things that might surprise,” Moffat tells me. “Like the odd sax and a lot more synths, a couple of horn sections and the like. Although the last time I listened to Philophobia I was surprised to hear jazz trumpet bits and a Robocop toy sample – I hadn’t heard it in years – so there’s probably nothing too shocking for regular listeners, but hopefully it sounds a bit more refined.” This reappearance is clearly based around a shared desire to avoid the mediocrity many other reformations have seen. What’s in the past has been left as prologue.

Teaming up again with producer and long-time collaborator, Paul Savage, As Days Get Dark broadens the band’s core sound with… well, just more of what they’re great at. It’s the first album in 15 years, and this time away has clearly given everyone space for reflection on what has already been achieved. And how that can be further enhanced.

In turn, the new material sounds modern, compelling and unmistakable. Although the basic song-writing process remains. “I don’t think it’s changed much at all in twenty-six years, we still use the same method. Malcolm sends me some music and I respond to it by writing some words and adding some drums and other bits. Our identity was always what came naturally, so I don’t think we’ve ever had to put much effort into that.” Regardless of the core practices remaining the same, this return has seen a marked shift in ambitions for their music. Which is confidentially burnt into the tracks of this seventh studio album.

Not that either have been wasting their time in the last decade. Those intervening years saw Moffat releasing instrumental solo albums in his L Pierre guise, along with a pair of collaborations with jazz pianist Bill Wells, and a teaming with Glaswegian DIY hero RM Hubbert. Middleton has similarly released scores of albums, both under his own name and exploring new creative directions as Human Don’t Be Angry. The experiences have engendered a more focussed and calmer atmosphere in Arab Strap recording sessions and helped moved the pairing into exciting new artistic territory. All of which coalesce in As Days Get Dark. Moffat also spent some of 2014 travelling around Scotland, performing modern re-interpretations of old folk songs, as the basis for the multi-award-winning documentary, Where You’re Meant To Be. This evolved from a simple tour into something expansively profound when he met Sheila Stewart – a 79-year-old folk singer whose unique heritage helped reshape the project’s agenda. Instead, the film travels through differences of opinion on how culture should be viewed and adapted, alongside its stunning scenery and explorations of history and mortality.

The huge impact of Arab Strap on the late 90’s indie scene has endowed them with a legacy. The pair inspired scores of successors with their playful use of groove, contrasts and a singular interest in gritty realism. Passion, rage, irony and joy simmer away in this mercurial pairing, making them possibly the most ‘British’ of bands.

While they’ve been away only for a few years, technology in music has changed enormously. But it has enabled a different, and perhaps more efficient, approach to composing and recording. “It means we can do a lot more of the work at home now and come to the studio far more prepared than we used to be. We used to write in the studio when we got there, but now we write 90% at home, which hopefully leads to better, tighter music.”

The band return to ‘the scene’ at a time when their native Scotland is increasingly reassessing its role in the Union and the wider world. But Moffat says he doesn’t really enjoy writing about politics. “I’d rather just moan on Twitter. There’s a song on the new album that’s an obvious metaphor for what some would call a political issue, although I’d call it more of a human decency issue. But mostly it’s all sex and death for me.” This fascination with the ‘cruder’ side of life has seen the band occasionally judged as dark and nihilistic, intent only on getting smashed and raging against life. The truth could hardly be more remote. While lyrics are dark on the surface and the music angular or aggressive, it brims with a sharp sense of humour and relentless search for a few hidden truths.

The moniker As Days Get Dark does seem to reflect the national zeitgeist. But it wasn’t an intentional statement, being taken from the album’s last song – which was composed in 2019. “It did seem quite appropriate, aye. Although, to be honest, I was hoping the pandemic would be over by the time the album came out, so I avoided any real references to it. Plus, even if it’s not over, people are fed up hearing about it, so there’s no point going on about it on a record too.” Now signed to Mogwai’s Rock Action records, the new album offers a richer and more detailed production than ever, while still honouring their intimate immediacy with expanded horizons.

He says there wasn’t really any pressure to return to the studio, even after the live show comebacks. It just seemed like the next logical step. And the pair thought it might be fun. “It was all very relaxed, apart from one blazing row at the very end, but I think there was some underlying psychology there. We might need to get a therapist like Metallica one day.”

Last year’s teaser track, and album opener, The Turning Of Our Bones, calls upon the Famadihana ritual of Madagascar’s Malagasy people, which sees them dance with the corpses of loved ones. But this morphs into a paen on resurrection and shagging, instantly offering a dark, but humorous, metaphor for the band’s reincarnation. Reassuringly, they’re still happy to talk about the stark realities of existence, instead of retreating to more facetious, dull or easy listening territory. “There’s sex, yes, and some booze, and one song has lots and lots of drugs, while another is about anti-depressants and self-harm. There’s one about wanking too, but in a beautiful way. I don’t really do flippant.”

Arab Strap’s As Days Get Dark album is available now, via Rock Action.

The pair set out on an UK & Irish tour in September.