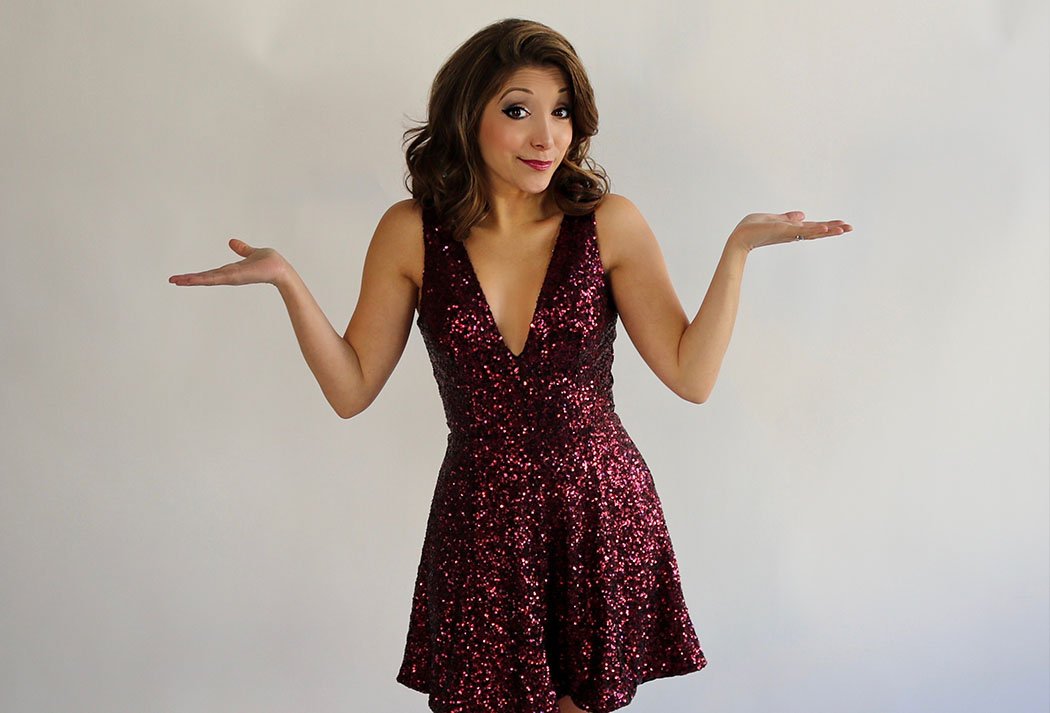 With a storming Edinburgh Festival Fringe run and her First Impressions UK tour now underway, it’s turning out to be a great year for award-winning impressionist and singer, Christina Bianco

Known as ‘The Girl of A Thousand Voices’, she brings all of your favorite divas onto one stage together. Through soaring vocals and rapid-fire impressions, Christina pays tribute to the world’s greatest vocalists and pop culture personalities.

Her singular voice and comedic charm have brought audiences around the world to their feet. Bianco originally captured international acclaim as a YouTube sensation with her ‘diva’ impression videos, gaining over 25 million views. She’s since performed on major television programs such as The Ellen Degeneres Show and The Today Show, in the US, and The Paul O’Grady Show, This Morning and ITV’s The Imitation Game in the UK.

She also made her West End debut starring in The Menier Chocolate Factory’s hailed production of Forbidden Broadway at the Vaudeville Theatre in London. Across, the Atlantic, her New York credits include The Marvellous Wonderettes, the one-woman, multi-character comedy, Application Pending (Drama Desk Award Nomination), Newsical the Musical, and now Funny Girl.

Ahead of her First Impressions tour coming to Hove’s The Old Market on Fri 18 Oct, we spoke to Christina to find out a little more about this extraordinary talent.

How’s New York been treating you?

I was back in NYC for a short 9 days but it was sooooo lovely being able to unwind with my husband and our dog (the greatest schnoodle ever, Jeff Vader). I’d been away for about 2 months, so I saw lots of friends and caught up on theatre – but I mostly enjoyed doing little, every day things like making my morning espresso, taking Jeff to the park, and cooking. Of course I also did two concerts and had to pack up about 4 months worth of clothing, but I did what I could to relax!

How did the Funny Girl role come about?

Pretty much like every audition, in that my agent saw a casting notice and submitted me. The only difference here was that I think Twitter might have slightly helped me get considered for the part!

I remember, the brilliant director/choreographer Stephen Mear tweeted he was doing this production and many people excitedly responded. I’m not very gutsy by nature (I just play gutsy divas on stage) but I decided to be a little bold for once, and playfully replied that I knew a ‘petite New Yorker he should consider’ for the lead role. I know – THE NERVE, right? But he replied saying ‘you would be brilliant!’ So I quickly wrote my agent and told him that he should definitely submit me when he saw the audition notice. With so many incredible and popular West End performers keen to play this role, I honestly never thought I’d be considered or even make it past the first round of calls. I’m still completely shocked that I’ve been given this opportunity. Fanny Brice is a dynamic, layered, hilarious, meaty gift of a role and I’m going to do my best to deserve it. 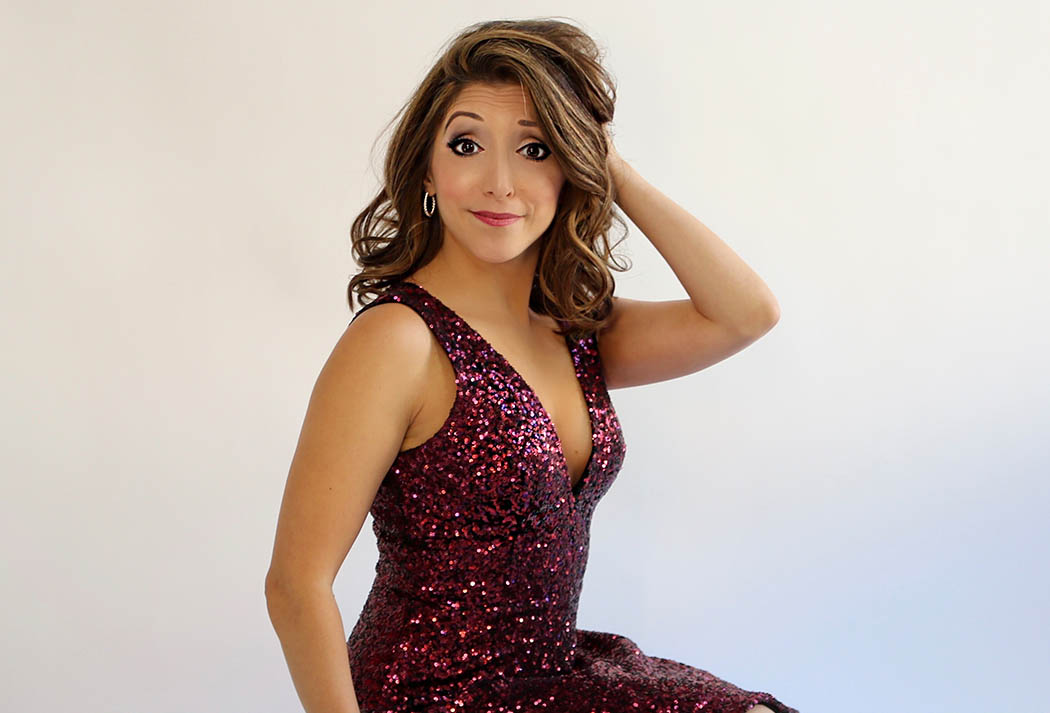 Do you adapt your show a little for the British audiences?

Yes, I have to – but just a bit! Obviously, there are basic pop culture differences. Brits don’t really know who Barbara Walters is, and Americans don’t know who Holly Willoughby is, so I rearrange my shows accordingly and study up on who the most popular personalities are in each location. But I get away with more crossover than you’d think. For example, I’m American but I’ve always loved Absolutely Fabulous – and I know I’m not alone! So when I’m in the US and I go into Edina Monsoon, it will absolutely get some laughs – but I know the response in the UK will be bigger so I’ll maybe write a longer segment for the UK cities. Doing all this helps to keep things fresh for me too. I’m very lucky that I’ve had the opportunity to perform for a wide range of audiences all over the world. I see it as my responsibility to then do what I can to connect to that particular crowd.

How much work do you put into perfecting impersonations? Do you spend prolonged periods in character?

Shhh, I can’t give away all my secrets! But I can say that it’s a different process for each impression. Some come more easily to me because they’re voices I’ve heard my whole life. When it comes to classic divas like Judy Garland, Julie Andrews, and Barbra Streisand, I know their physical and vocal mannerisms well because I grew up watching and listening to them and have a diverse cannon of work to pull from.

I find it way more difficult to mimic artists like Adele or Ariana Grande, because no matter how distinctive they might be, I will never know them as well – and they haven’t been around long enough yet for an audience to even recognize all of their ‘isms!’

Voices that are similar to my own don’t take as long to master but voices that polar opposite from mine require a lot of careful work. I have to play for days making odd and awful noises until I get the right tone (I have a very tolerant husband) and ultimately, I figure out how to effect their sounds in a healthy and safe manner.

Once I get to a comfortable place vocally, I then see if adding physicality helps, holding my body or my face in a particular way. This isn’t just helpful for the audience but for me, getting into the character.

Is show-business as glamorous as it seems?

Of Course! I’m in a ball gown right now typing this! I’m certainly not in my pj’s at 9:30pm with Deep Heat on my back nursing Throat Coat tea after 10 hours of rehearsal.

In all seriousness, there is a lot of luck involved in show business but if you don’t have the goods and the experience to take advantage of those lucky opportunities, you won’t have a very long career. There is so much competition, so much to learn and study, so many necessary expenses, so many hoops we must jump through – all to just be given a chance to do our job! I believe that in this business, you really do get what you give. The harder you work, the better the product. Once you accomplish that, you can appreciate the little sparkling moments of glamour all that much more! I’ll certainly take time to enjoy the glamorous moments of walking to each Funny Girl performance at the Theatre Marigny along the Champs-Élysées in Paris! I can’t even believe I just typed that.

What kind of effort goes into creating outfits for the show?

Well, I’m 4 foot 11 with curves so buying any clothing that fits me is like finding a needle in a haystack. When it comes to show attire, it’s even more difficult because not only do I want to bring a little diva glamour (I have an unhealthy obsession with sequins), but I have to be comfortable enough to run around the stage like a crazy lady pretending to be 80 other people!

I spend a lot of time looking online and in stores, but the final product is always something that has been altered to fit me properly. I have an incredible seamstress in London, Louise Muir, who does alterations and makes clothing for me as well. She’s also production manager for this First Impressions tour so she knows exactly what I need on stage and off. My current show dress got so stretched out during our Edinburgh run, I can assure you that were it not for a speedy alteration by Louise, I would have made a VERY different type of first impression for my tour audiences!

How much of a diva are you really?

Thankfully, I can safely say that I have a good reputation and the people I’ve worked with will tell you that I’m not a diva! I mean, I do get super picky when it comes to getting the sound perfect … but I’m always polite!

I hate that the word diva has such a negative connotation. I try to use the word to imply that the particular celebrities I’m impersonating are distinguished & iconic – not that they’re demanding, ego-maniacs!

I just don’t buy into the whole ‘you’ve gotta act like a diva to be treated like one’ thing. If you treat others with respect, they’ll treat you the same way. All that said, I’ve been known to openly laugh at some outlandish stories of grand diva behavior and share many of them with my audiences. I get a kick out of it! I’ll also never say no to a strong eye, a bold lash and sequins – did I mention I love sequins?

How do you keep the show fresh?

Spontaneity! What I love best about live entertainment is that no matter how hard you try to be consistent, the show will always be different every night. Allowing for adlibs and off the cuff moments in my shows definitely makes me nervous but I know the audience enjoys the casual, intimate nature of it all.  They especially like it when my band and I perform our on-the-spot ‘unlikely interpretations,’ pairing a singer and song that you wouldn’t expect – at random. We do at least two of these every night in First Impressions. We’d never have known Bette Midler was meant to sing about ‘snookering you tonight’ if someone in Colchester hadn’t randomly chosen the Big Break theme for her to sing! The audience gets a sneak peak into how we put our numbers together and sees us sweat a little, creating something that no one else is gonna see. I think that endears the audience to us and brings us all closer together. So it’s well worth the fear!