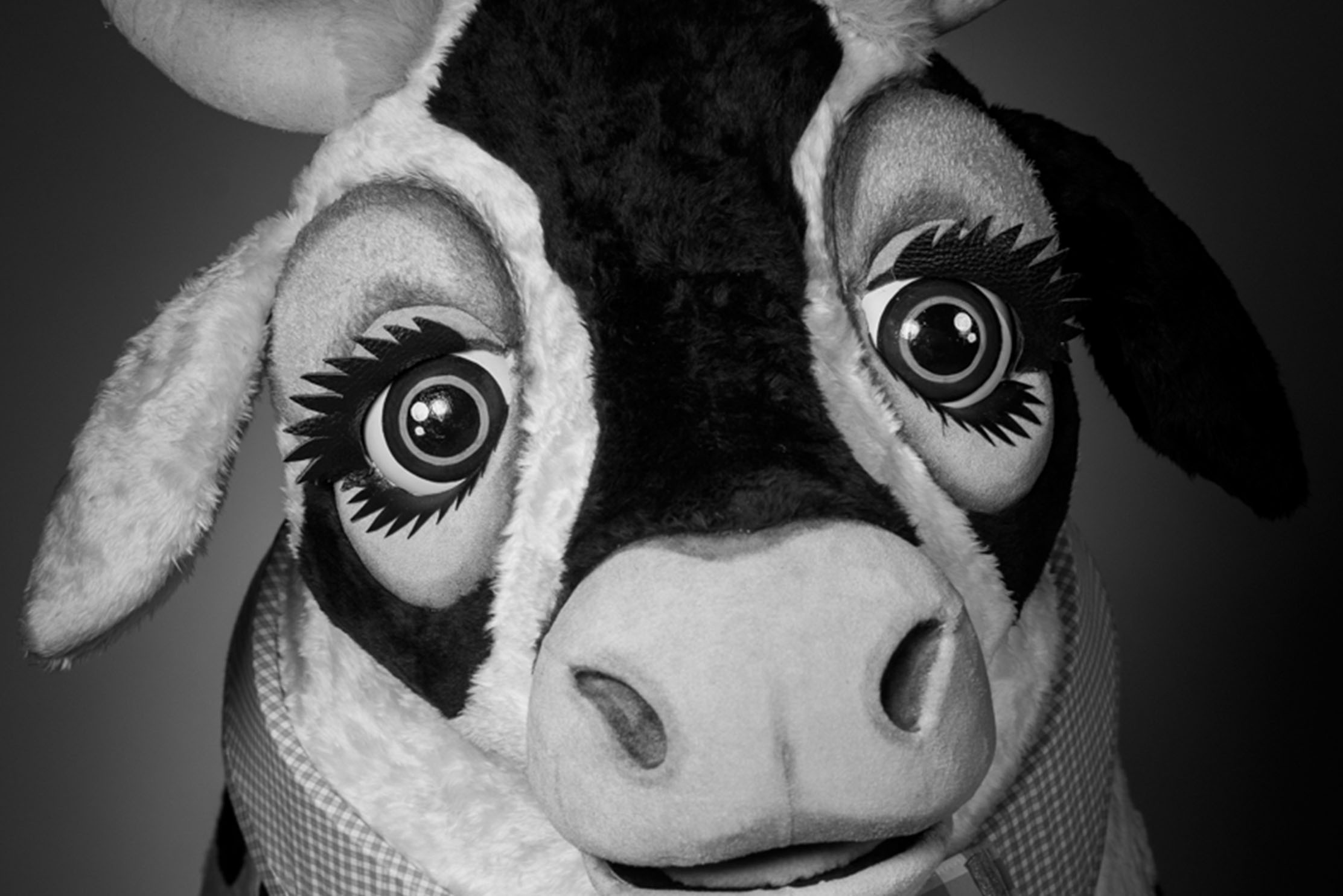 BN1 talks to Clarabelle The Cow, star of Jack And The Beanstalk

You can’t have Christmas without a pantomime. Every year the great and the good come together to celebrate Britain’s favourite theatre form. For 2019, Eastbourne’s Devonshire Park Theatre will be presenting Jack & the Beanstalk – an epic tale of magic beans, giants and broken promises. Taking centre stage is bovine superstar, Clarabelle The Cow.

BN1 caught up with this dairy queen, to find out more about the glamourous life of panto animals.

My start in moosical theatre began when I was a young calf, I attended the Guildford School of Moosic and Drama which was great fun and led to a lot of udderly exciting opportunities. I really milked my time there for all I could. It led to a series of West End opportunities and I’ve never looked back, but you know, sometimes you have to stop and enjoy it for a while because life moves fast, it can go pasteurise in a flash.

Clarabelle, you’ve done theatre, TV and have a huge legacy in film, what’s been your favourite jobs?

It was when I watched James Bond Movie Die An-udder day that I knew I wanted to move into film. Ace Ventura Pet Detective was one of my first professional jobs, some of my favourite acting roles in film were, Jaws Moo, Terminator Moo, Die Hard Moo, Toy Story Moo and of course excitingly the Frozen sequel, Frozen Yoghurt!

I was particularly miffed though when the part in Raging Bull went to my brother, I mean, what did he have that I didn’t?

Theatre-wise I’ve been fortunate to join some really big shows including both The Sound of Moosic and Jersey Boys. I auditioned for Starlight Express Dairies but the roller skates really caught me on the back hoof! Screen-wise, my favourite has to be appearing in Noel Coward’s classic Beef Encounter.

I’ve not done a lot of TV really; mainly walk on roles in Coronation Teat. That’s something I’d like to change so if there are any producers out there who’d like to book me, aside from Jack & The Beanstalk I do still have a few dates left in the dairy?

Of the many actors you have worked with, who are your favourites?

I had a bit of deja Moo the other day when I saw Keanmoo Reeves and I remembered fondly my time on the film set of the Mootrix with him and of course Much AMoo about Nothing.

And who have been more challenging to work with?

Don’t talk to me about my stunt double in movie Twister, he was employed for the scene when the cow got picked up by the wind but he was unable to do the stunt and I had to do it myself in the end to keep the movie on schedule. He was such a cow-ard, I still got beef with him.

You Can Do Anything at Brighton Open Air Theatre

We hear you are also a bit of a dancer?

Yes! I do have a dance number in Jack & the Beanstalk and that makes me really proud as when I was a young calf my ballet teacher said I would never be any good at dancing because I lack toes. Talk about intolerant!

What’s next for Clarabelle the cow?

At the moment I’m just really enjoying the opportunities I’ve been given. I don’t think I’m cream of the crop or anything, just trying to stay afloat in this business like everyone else. I am a real social moodia fan though and am already working on my own MooTube channel. If I left acting I’d love to end up as one of those effluencers. I’m going to take my time and make sure I do it properly though, I’m conscious of going into it thinking that the grass is always greener. We’re all just after our own happily heifer after aren’t we!?

See Clarabelle onstage with her pantomime family, Katherine Glover as her owner Jack, Tucker as Jack’s brother Simple Simon and Martyn Knight as their mum Dame Trott, from Fri 6 Dec 2019 – Sun 12 Jan 2020 in this year’s sensational family pantomime Jack and the Beanstalk at the Devonshire Park Theatre, Eastbourne.