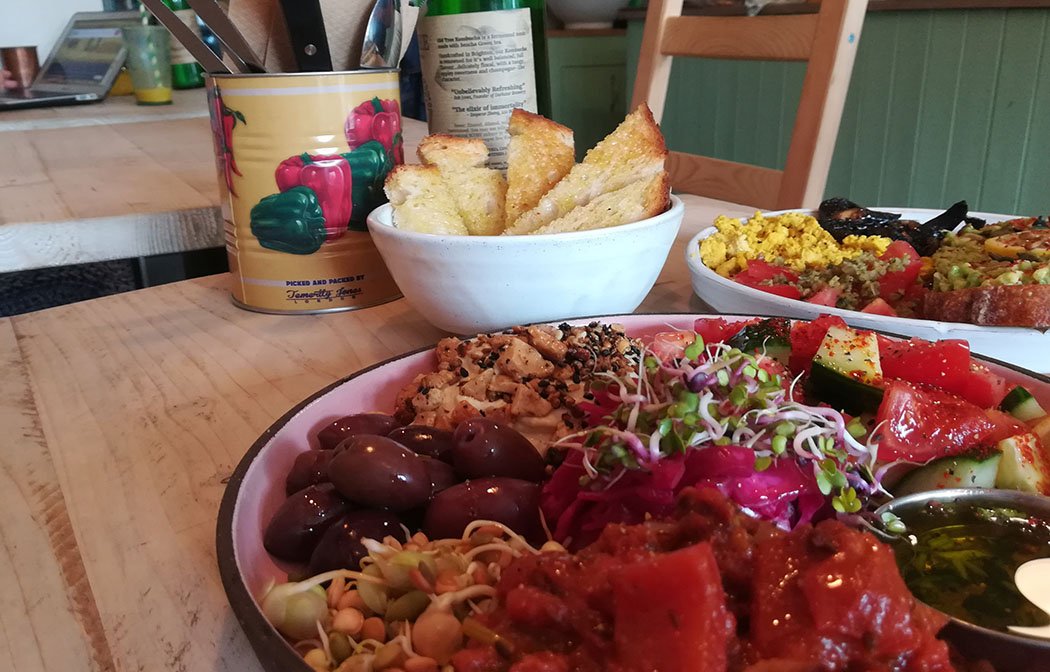 I’ve been on a bit of a health kick lately. The long winter meant a few extra pounds had snuck to my midriff, and while I was still alive and kicking I hadn’t quite been feeling my usual peppy self. So when an opportunity came to try the new Longhouse Lates at the plant-based café in York Place, I jumped at the chance.

You’re probably already familiar with the Longhouse Café brunches, which comprise feasts of mezze goodies (think aubergine shakshuka, hummus, fermented citrus slaw) and their famous scrambled tofu among many other options. With not a single animal product in sight, it’s been a haven for vegans, those who live dairy-free, and those just looking for a healthy start to the day for a little over a year since it opened in March 2017. What’s more, they know their nutrients: at least a dozen superfoods feature on the menu, with maca powder appearing in the smoothies, sprouted beans in the specials and kombucha and raw chocolate among the hefty drinks menu.

With their brunch prowess confirmed, it only makes sense that they would turn their attentions to something new and exciting, and this month sees the café’s first month into a new endeavour: Longhouse Lates. Open from 6-10pm on Fridays and Saturdays, the Lates menu consists of a handful or so of carefully-crafted small plates at a reasonable £5 a pop, paired with expertly chosen wines (which we later learn are vegan-friendly and biodynamic – and therefore virtually hangover-free). 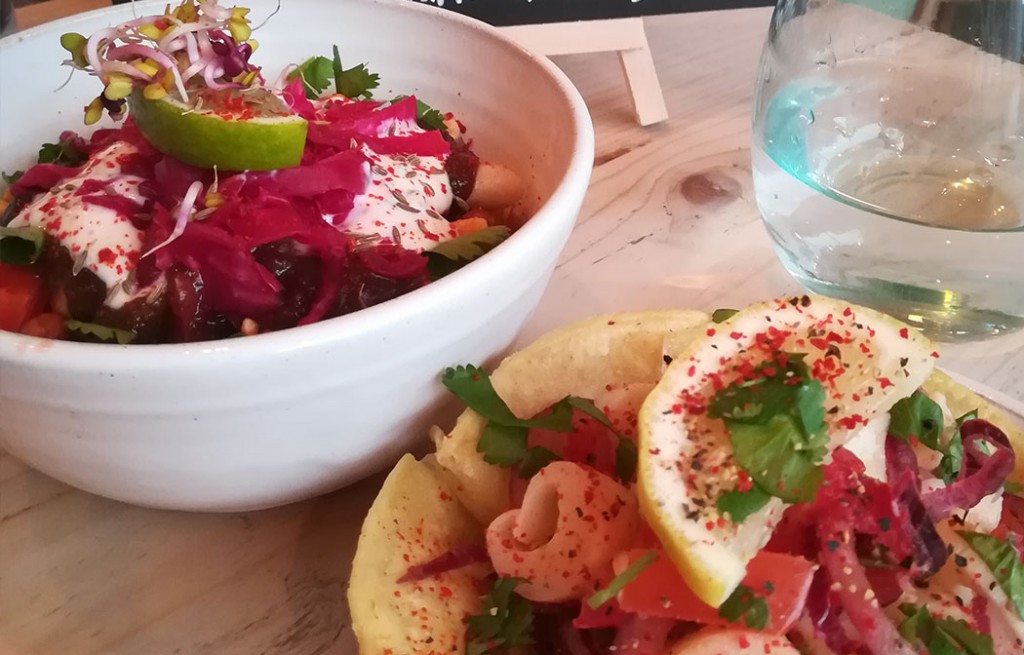 We visit on a quiet Friday post-yoga, which meant both my dining partner and I were keen to keeping what we were putting into our bodies as clean as possible (though this is by no means a prerequisite to a visit). Fortunately, clean and healthy eating is the name of the game at Longhouse, and we were overwhelmingly impressed by the choices given to us.

Still feeling relatively satisfied from our brunch visit earlier that day (if there’s one thing to be noted about Longhouse, folks, it’s that their portion sizes are incredibly generous), we choose just two of the small plates between us, along with two glasses of wine. I pick the bhel puri (an Indian-inspired salad of sorts, including roasted peanuts, gram noodles, tamarind, chutney and mint and chilli raita), paired with a Nero d’Avola (£5/glass), while owner Lianne recommends the heart of palm ceviche (with pico de gallo on a fresh corn tostada) to accompany it, and the rosé (£7) for my friend. “I had the best ceviche in Mexico, prior to becoming vegan, and I really wanted to recreate it in this dish,” she tells us, explaining that it’s her favourite plate on the menu. “It took a lot of time to work out something plant-based that could replicate that texture and flavour, but I think it’s as close as you’re likely to get.”

We take a bite as soon as it arrives, and have to agree – the heart of palm comprises a fish-like texture, and with  perhaps just a touch more salt I doubt I’d have been able to tell the difference. The bhel puri is also really fresh, each element of the plate working in unison rather than battling with one another. We finish with the Kinder Bueno bar – a yummy almost-raw dessert option that’s sweet without feeling too naughty. This sums the evening up perfectly: if you’re looking for a new night spot where you can enjoy a social drink and a few tapas-style dishes with friends – without feeling it the next day – then let Longhouse be the place to go. You’ll love it.