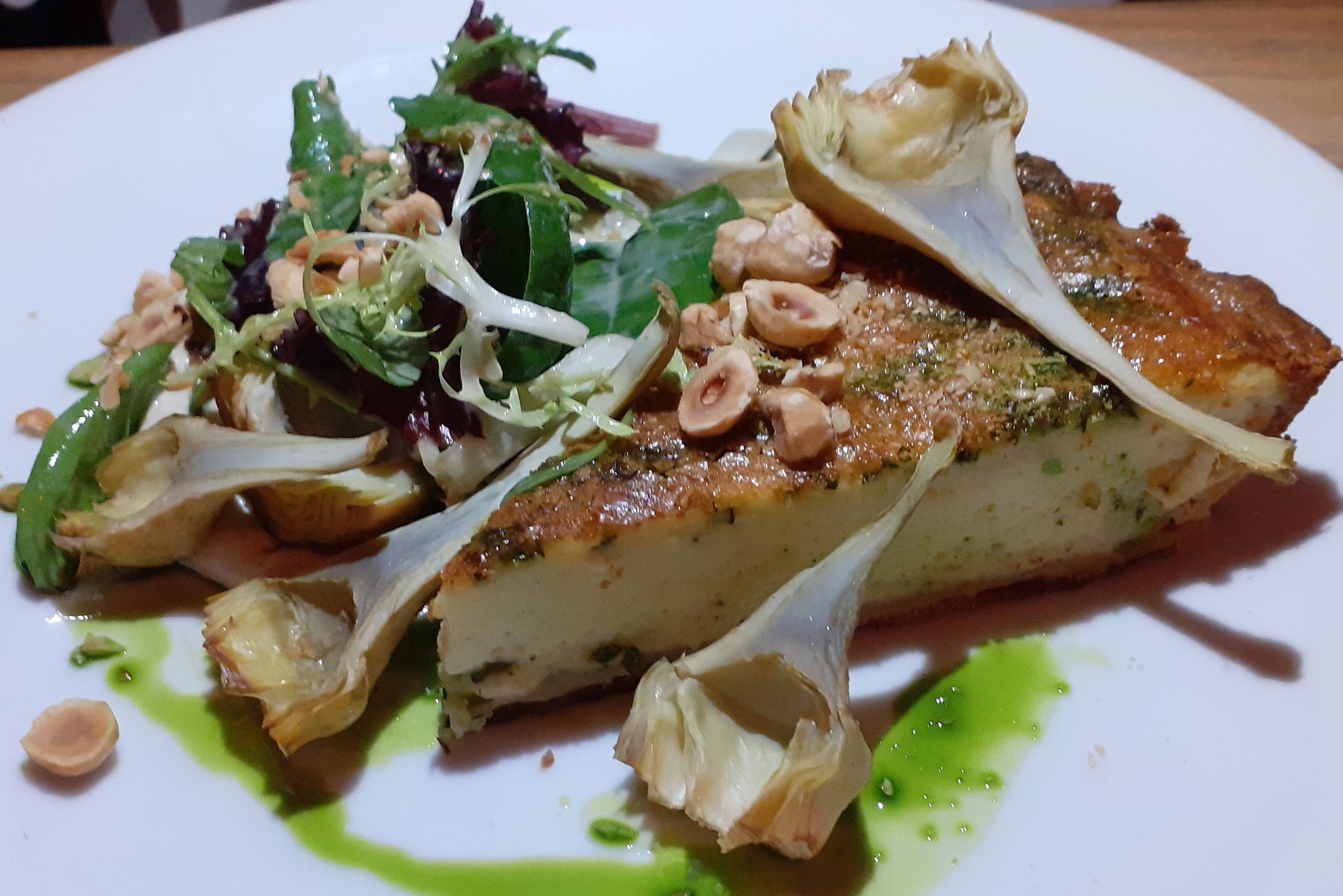 Dating from 1864, The Bath Arms is a Victorian landmark that has seen people boozing in the Lanes for over 150 years. I was delighted to have the opportunity to join such an historic assembly, as we were invited to try the much talked about food introduced by Wolfsmouth, the new chefs in residence. It was a tough ask, but I was happy to take one for the team (and get brownie points with the Mrs for finally taking her out for dinner again).

We were greeted warmly by one of the two friendly waitresses that looked after us superbly all night. Shown to our table, we took in the atmospheric and historical surrounds of the dining room, set back from the main saloon of the pub and kitted out in plush, velvet-clad wall paper, ordered a Shiraz and a local pale ale (Breaker, from Laine Brew Co: delicious. It wasn’t my last…), clinked our glasses in excited anticipation, and sent a shower of red wine down the front of my other half’s posh new white shirt that she’d been saving for a special occasion.

After a brief discussion (read, “argument”) about whether we should walk the five minutes home and get it in the wash, I triumphed (first time for everything), and we studied our menus. With starters between £6-8, and mains from £12-16, the food is extremely well priced, and there was a wide choice, without being overwhelming. 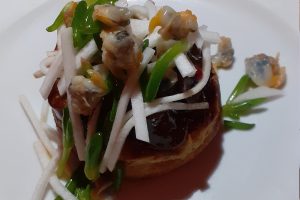 For our starters, Delia (not her real name, but it feels appropriate) had a light and refreshing crab and crayfish cocktail served with playful nods to its origins upon (I think) a large scallop shell (thank you, Google Images!), and I had one of the most delicious starters I’ve ever had, a Marmite-glazed ox tongue crumpet, served with pickled cockles and turnip.

I can’t remember having such a strong collection of flavours on one plate that all complemented each other so perfectly. I know for sure I wouldn’t have thought to put such a list of ingredients together, so I’m delighted there are people in the world like head chef Dan to do it for us.

As mentioned, Dan (formerly of Plateau and The Ginger Fox among others) is head of a highly trained and accomplished team that also includes sous-chef Theo who trained in St Tropez with the late Paul Bocuse, one of the most world-renowned masters of French gastronomy. 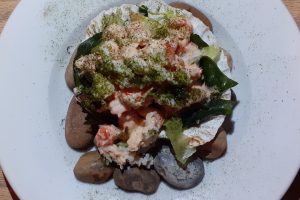 he team was put together by the two brains behind Wolfsmouth, Jack and Will. The charming and effervescent duo launched their concept barely 18 months ago, and have already successfully taken up residency in a number of pubs, as well as opened their own restaurant (The Paradiso Social), all to great acclaim.

Seemingly able to turn their hands to any type of cuisine across their various locations, the Wolfsmouth brand excels in identifying each new market, and delivering tailored food accordingly. With regards The Bath Arms, for example, Jack explained “what we wanted the concept here to be, was old traditional English dishes, to suit the venue.”

Such an aim was beautifully (and deliciously) demonstrated in our main courses. Delia’s smoked poacher and artichoke tart served with truffle, hazelnuts and leaves was, I hear, so delicious I wasn’t allowed a mouthful. The mere morsels I was able to salvage at the end, however, certainly supported her rather greedy assessment. The beautifully dressed salad had clearly been painstakingly calculated to be the perfect accompaniment to an outstanding tart. I myself had venison faggots and roast parsnip, served with a parsnip puree, black cabbage and blackberries. The richness of the faggots, and the saltiness of the puree were to die for, and the sweetness offered by the blackberries just reinforced how skilled and thoughtful this young and talented group of chefs really is. The whole dish was exquisite.

I could equally wax lyrical about our desserts, but I’ve run out of space, so instead I implore you to book a table and try them for yourself. You will be in great hands as, having earned their stripes working throughout London, it feels like these young and exciting culinary entrepreneurs are on an upward trajectory that has many more successful ventures to come.

With fine dining food served in pub-grub portions, this is a gastro pub menu taken to a whole new level. Jack and Will explained that “one of our biggest aims is to undersell and overdeliver.” Well, I can safely say, mission accomplished.