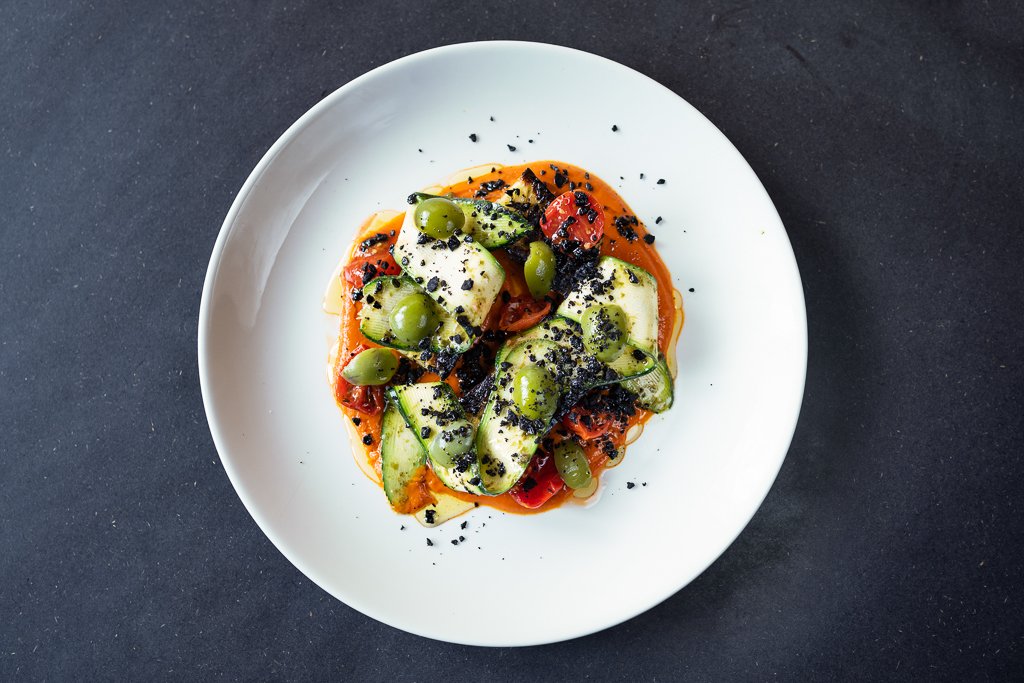 Brighton & Hove seems to have a fascination with small plates dining. Sharing your food with your fellow diners is now widespread in the culinary world, and our city has certainly subscribed to this trend. Whether it’s Spanish, Venetian, French, Thai or Japanese – Brighton has it in small plate form. Newest small plates venture to open in Brighton is The Paradiso Social. Joined by my omnivore accomplice to offer her two cents on the meat dishes, we arrived at the bar and restaurant on Preston Road.

Only in its second week since opening, The Paradiso Social had a wealth of visitors for a Thursday evening. The dimly lit restaurant was immediately inviting, with a mixture of booths, tables, and a bar to sit around. We jump started the evening by choosing from the array of five speciality cocktails, a gin-based drink known as ‘Corpse Reviver II’, which was wonderfully bitter, served ice cold and a fresh, aromatic Peach Margarita. We paired our apéritifs with an assortment of snacks to wake up our palettes. We began with burrata drizzled in chimichurri and lemon (£6.50) collapsing perfectly on the plate. The Apulian cheese was the perfect accompaniment to the fresh and fluffy focaccia, baked in-house, married with miso-infused vegan butter (£3.50). Continuing the Italian theme, my friend enjoyed a huge plate of Salami Tartufo (£5), which complemented the other snacks well. 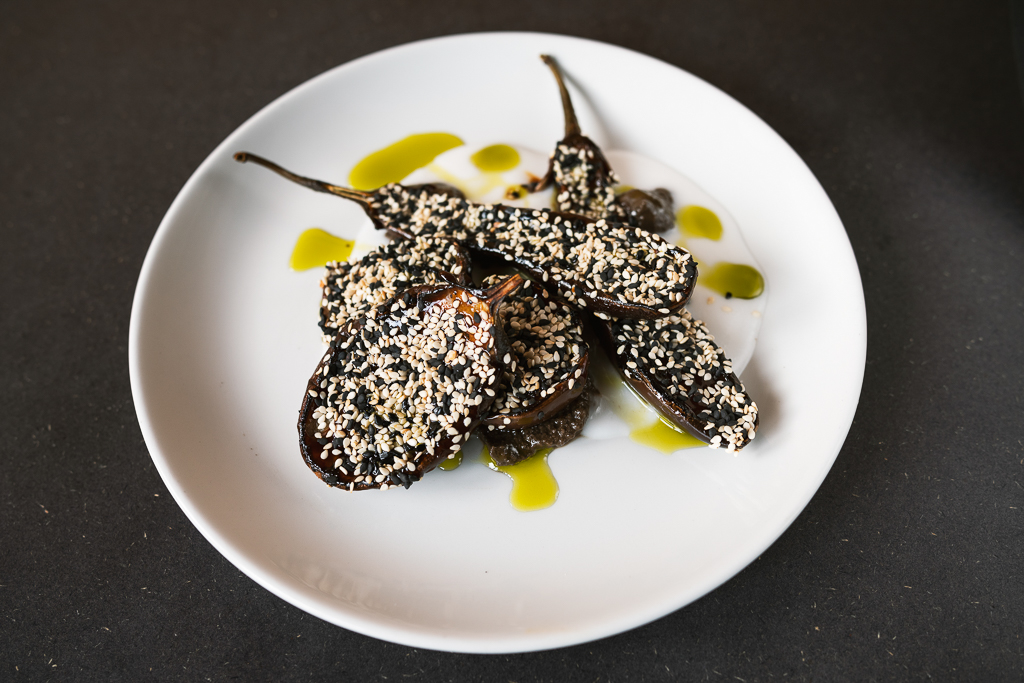 The small plates arrived in shifts when ready, making the large quantities of food much easier to manage. First my friend’s Beef tartare arrived (£9.50), served cold with sriracha, ponzu, and toasted seeds, providing a crunch to the dish. The chargrilled baby aubergines were sat on a bed of puréed avocado and jalapeños, coated in a salty, sesame and miso glaze (£7). This flavour combination was unexpected, perhaps even stealing the show for me. The goat’s cheese agnolotti matched up, tossed in an extremely light lemon butter sauce and topped with an array of soft herbs (£12.50). If your appetite did not stretch as far as ours did, this pasta dish would be extremely satisfying to have solo. We accompanied these dishes with twice-cooked potatoes daubed in a sweet red pepper ketchup (£4) and a mixture of glazed carrots, some babies and some cut into ribbons, flavoured with blood orange, cashews and tarragon (£7).

Unable to decide on a dessert, we somehow found room in our swelling stomachs to share both tiramisu (£5.50) and fresh donuts (£6). I did not register the donuts were vegan until I had finished my last mouthful. At first I was averse to the sharp apple and coconut cameral being separate from the donut. I then returned to my senses, realising the dipping method was much more practical, with no threat of the filling uncontrollably spilling out.

The Wolfsmouth team certainly have a lot going for them, with the boys running the menus for DEADWOLF pizzas at Dead Wax Social and Taco Lobo at the Marwood. I spoke to one half of the duo, Will Dennard, who was busy preparing tomorrow’s menu. They change weekly, and sometimes even daily, depending on what fresh, local produce they source. Him and Jack had only just returned from the National Burger Awards in London, receiving a nomination for their Tennessee BBQ burger based at World’s End.

Although some dishes seemed costly, the portion sizes of the ‘small plates’ could be considered main courses in some restaurants. The vegetarian and vegan array of dishes on the menu must be commended and the nods to Italian and Japanese influences certainly did impress. We left stuffed and satisfied by experiencing an incomprehensible assortment of flavours.