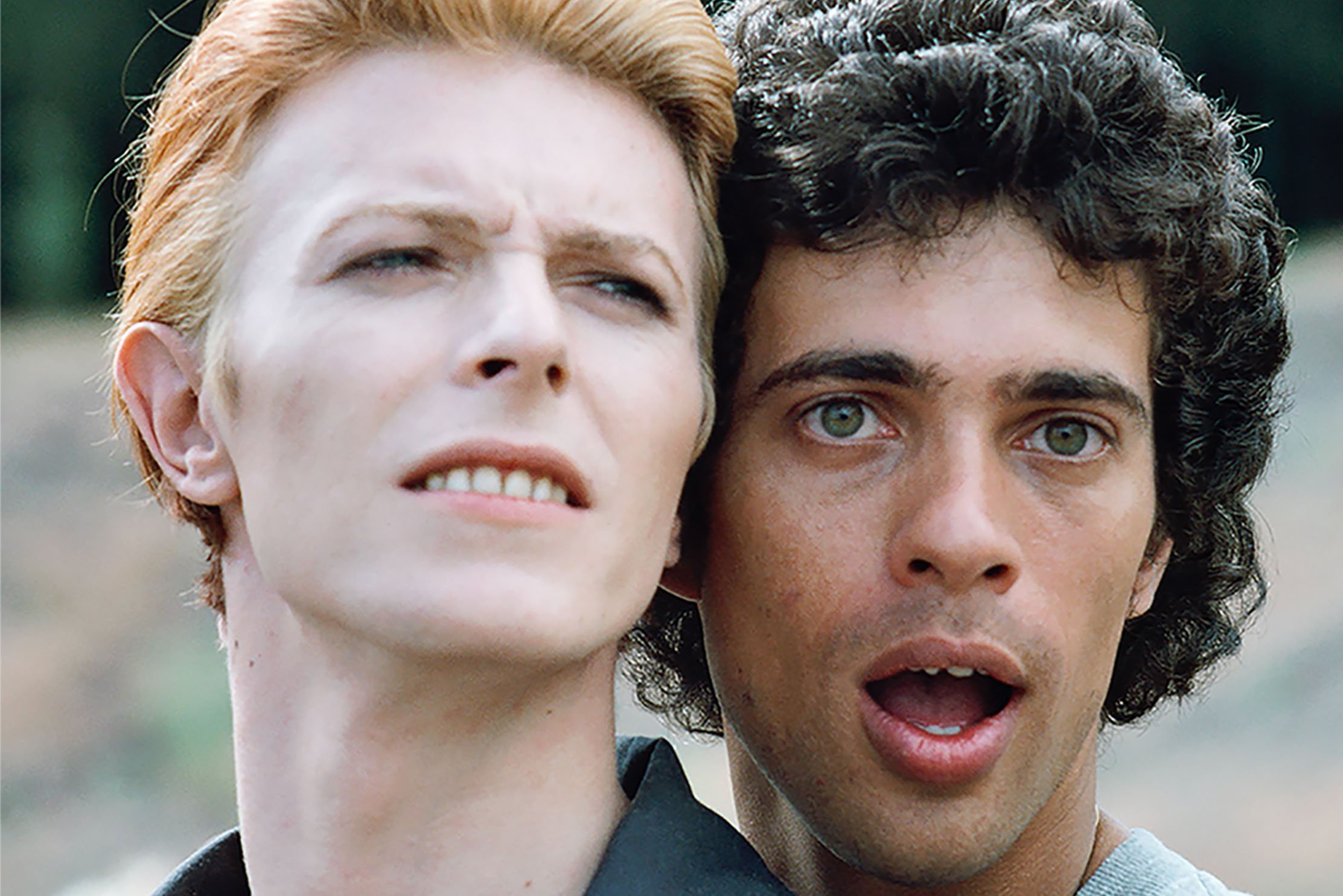 Geoff MacCormack’s close friend from the age of 8 years old was David Jones, the boy who would become David Bowie and one of the most influential performers in music, fashion and theatrical stage craft of the twentieth century.

In 1973 Bowie called his childhood friend and suggested he may join his band The Spiders from Mars and go on a worldwide adventure, travelling first class by sea to New York and then on to Japan. from Japan to Siberia, through Russia by Trans-Siberian Express. to Moscow for May Day Parade, Poland, East and West Germany, just in time for tea at the George V Hotel in Paris, followed by a relaxing holiday in Rome, just to chill out.

And just when Geoff thought the fun might be over, Bowie said; “Would you mind being a Diamond Dog and coming back to New York on an even better ship, eating caviar every day and joining another band, then another band, helping out on a few albums and generally hanging out and having the time of your life for a couple more years?”

Geoff did not hesitate and became Bowie’s backing singer and percussionist in 1973 on the Ziggy Stardust/Aladdin Sane world tour. Arriving in Japan, Geoff ditched his Kodak Instamatic camera in favour of a Nikon and began taking a few images here and there, starting in Siberia on the Trans-Siberian Railway and ending two and a half years later in Los Angeles during the Station To Station sessions.

Because Bowie disliked flying, they travelled together by cruise liner and trains across the world giving MacCormack and his camera the opportunity to capture Bowie at his most informal and relaxed.

From Ziggy Stardust and Aladdin Sane of Britain’s Glam Rock years, the ground-breaking Diamond Dogs tour across the USA and their obsession with American Soul music, to Bowie’s first major film The Man Who Fell to Earth (1975) and the recording of Station to Station and his Thin White Duke persona, this exhibition of intimate photographs some of which have never been seen before in a public exhibition, gives a glimpse of a close friendship, travel and life on the road with one of the greatest rock stars of all time.

The show will be held in the museum’s three large galleries and will include 60 large original framed photographs of Bowie by MacCormack. These photographs will be complemented by a short film shot by Bowie on their trip to Moscow in 1973 never seen before in the UK, music videos of Bowie and MacCormack on stage together, film excerpts and music in the galleries.

“Bowie was one of the most influential and captivating artists ever,” said Michael Bedingfield, Chair of the Royal Pavilion & Museums Trust. “We know this show will appeal to his many fans of all ages. The images offer a rare glimpse into a fascinating time of his life spent with one of his oldest friends.

“We are thrilled to be able to offer this show at Brighton Museum as our first major show on reopening after the lockdown.”

Tickets will be available to book from Fri 2 Oct 2020 at website www.brightonmuseums.co.uk

The Riah Hair Studio – Where a little *Zhoosh* goes a long way!

Their assignments took them to New York, Los Angeles, Europe and Brazil. They scored a top three hit with one of their tv ads, which in turn, resulted in them recording an album for Warner Bros.

Geoff now sells his images of his childhood friend David Jones AKA Bowie around the world, and has exhibited in the UK, St Petersburg Russia and America.