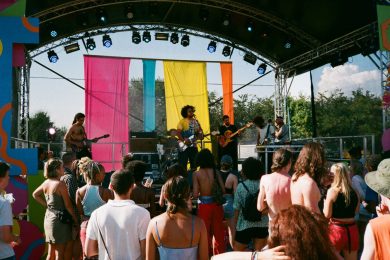 Brainchild Festival: Music, arts, and poetry right on your doorstep

Festivals have become an ever-expanding competitive market in the UK, all drawing huge audiences contributing to a multi-billion pound industry. With so much choice for music lovers, concerns have surfaced over festivals turning into corporate machines and therefore lacking in individuality. Based just outside Brighton near Lewes, Brainchild Festival is quickly revealing itself as one of the UK’s leading independent arts festivals, growing from a close-knit community of 300 to 3,000 in just a few years.

Founding director of Brainchild, Marina Blake, explains how the non-profit festival has flourished since its conception in 2012. “One of the biggest 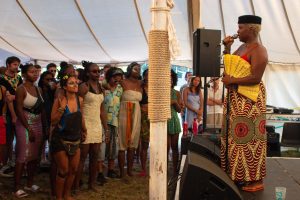 things meaning Brainchild survived without a paid team so far is it is powered by dozens of volunteers who have all had the freedom to pour their best ideas and professional learnings into the project.” With newfound support from Arts Council England, their lengthy programme is devised to be interactive, with live music, theatre, spoken word, comedy, workshops, and film screenings. This community ethos paired with their inclusive line up has earned the team ‘Best Independent Festival’ in 2015 and 2016.

Brainchild has preserved its DIY philosophy since Marina and her friends launched the festival when they were 19-years-old, with no VIP-exclusive areas or corporate sponsorship in sight. Last year, gal-dem reported one in three attendees of the festival contributed to the curation of the three-day festival. “People are pretty much always one removed from somebody who’s involved in the production or the programme, which in terms of a DIY spirit definitely helps to bring the project closer to home and makes it more inspiring. It was always meant to show the scale of what’s possible when people support each other.”

The festival has evolved into a cultural hub for emerging artists in genres such as jazz, soul, and hip-hop. Spiritual- Afro-Jazz ensemble, Maisha and artist collective, Steam Down, will return this year to perform explosive new material. “Making repeat bookings throughout the years is something we 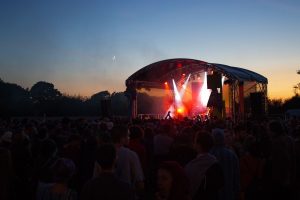 value because it maintains the festival is just an annual gathering and celebration for an ever-growing network of people,” Marina adds the festival recognises the balance between what will create a varied experience for everyone there and retaining these artist relationships to form the soul of the programme. Other artists playing include Biig Piig, Allysha Joy, and Dublin rapper, Kojaque. Workshops will also be taking place, such as the inclusive life-drawing class hosted by Our Naked Truths and zine-making with Skin Deep.

With female performers outweighing men on this year’s programme, Brainchild has exceeded the Keychain pledge to achieve a balanced 50:50 gender line-up by 2022. When asking Marina why she thinks this imbalance is widespread in the industry, she wonders whether mainstream festivals are simply unable to adapt their outlook quickly enough. “Priorities for most for-profit or mainstream festivals ultimately are about the bottom line, and coupled with a residual lack of attention given to gender balance within bookings, there’s also probably a tendency to stick with what is considered a winning formulae of artists rather than make changes.” 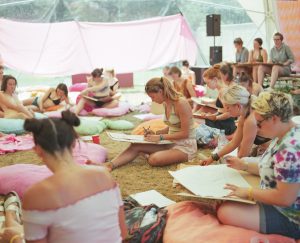 77% of acts across nine UK festival line-ups were all-male. Their statistics highlight the essentiality for the Keychain pledge, which 45 UK festivals have signed, including Brainchild.

For Marina and the team, the next frontier will be how to encourage their audience to participate in reducing waste from the festival. “We’ve created more and more recycling each year, saving more waste from going to landfill. This is due to a team of about 30 Green Team volunteers, and if we could involve ticket-holders in the sorting of their waste, they’d have a greater understanding of their footprint and feel more engaged in our mission.”

Community, sustainability and development remain at the epicentre of Brainchild’s success. Their mutual ethos reinstalls hope that arts festivals can still celebrate subculture and anti-establishment values.

Brainchild Festival is at Bentley Wildfowl and Motor Museum in East Sussex from Fri 12 to Sun 14 July. Final tickets on their website.