by Katie-Ellen Freeland
in COMEDY
0

THE TREASON SHOW
Thurs 27 – Mon 31 Dec
Horatio’s, Palace Pier Brighton
A bigger Brighton & Hove institution than hipsters and bad coffee shops, The Treason Show has been pulling apart the news for well over a decade. A furious mix of satirical songs, razor sharp sketches and outright stillness, they’re again teaming up with another of the city’s icons – Brighton Palace Pier. The last 12 months have been unusually stable, full of sensible decisions and selfless acts. Not really, the world’s going to hell in a M&S basket. You know it’s going to be a bumper edition of this award-winning comedy show. There’re also special shows at Lewes’ White Hart Hotel on Sat 22 Dec and Shoreham’s Ropetackle on NYE, so there’s plenty of chances to shake away those winter blues with a good laugh. 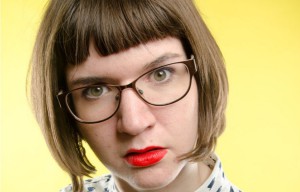 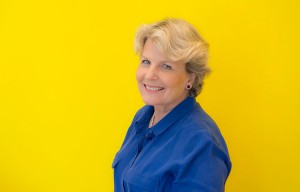 SANDI TOKSVIG
Thu 31 Jan – Sun 3 Fe
Brighton Dome
The comedian, writer, television and radio producer, political activist and (perhaps most importantly) Bake Off co-host will be coming to the Brighton Dome with her one-woman comedy show, National Trevor. The British-Danish comic has received a plethora of accolades, an OBE amongst them, and Toksvig shows no signs of slowing down just yet. 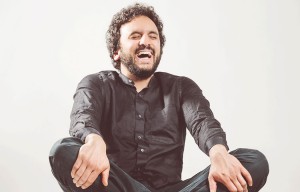 NISH KUMAR
Fri 1 Feb
Brighton Dome
The critically-acclaimed comic, host of BBC Two’s The Mash Report, and regular on the likes of Mock the Week, Have I Got News for You and QI, Nish Kumar is the comedian that makes being intelligent cool (well, kind of). His razor-sharp wit has secured him two Edinburgh Fringe Comedy Award nominations that testify to his captivating performances.
Image by  Idil Sukan

DAVID O’DOHERTY
Weds 5 Dec
Brighton Dome
The award-winning comic and TV favourite will be bringing his keyboard along to his brand-new show.

LUISA OMIELAN
Mon 10 Dec
Komedia
Viral sensation of the ‘thigh gap’ – which has over 35 million views online – Omielan is back!

TITTER
Sat 15 Dec
Caroline of Brunswick
Why not spend Saturday night with a bit of stand-up from the rising stars of Brighton & Hove?

OLLIE HORN
Mon 17 Dec
Caroline of Brunswick
After his sell-out show at Edinburgh, the comic whirlwind jam-packs quips and hilarious travel-tales into his latest show.

LOL COMEDY NIGHT
Thurs 17 Jan
The Windmill
The monthly show returns with hilarious gags and a brand-new line-up trying their hand at comedy.

Now that I’ve had time to recover from the sun burn and the aching belly muscles, I can fully...

Waves of tingles from the top of my head to the tips of my fingers from the very first...

Up a small, quiet street by the i360, my photographer and I were looking around for the Brighton Secret...