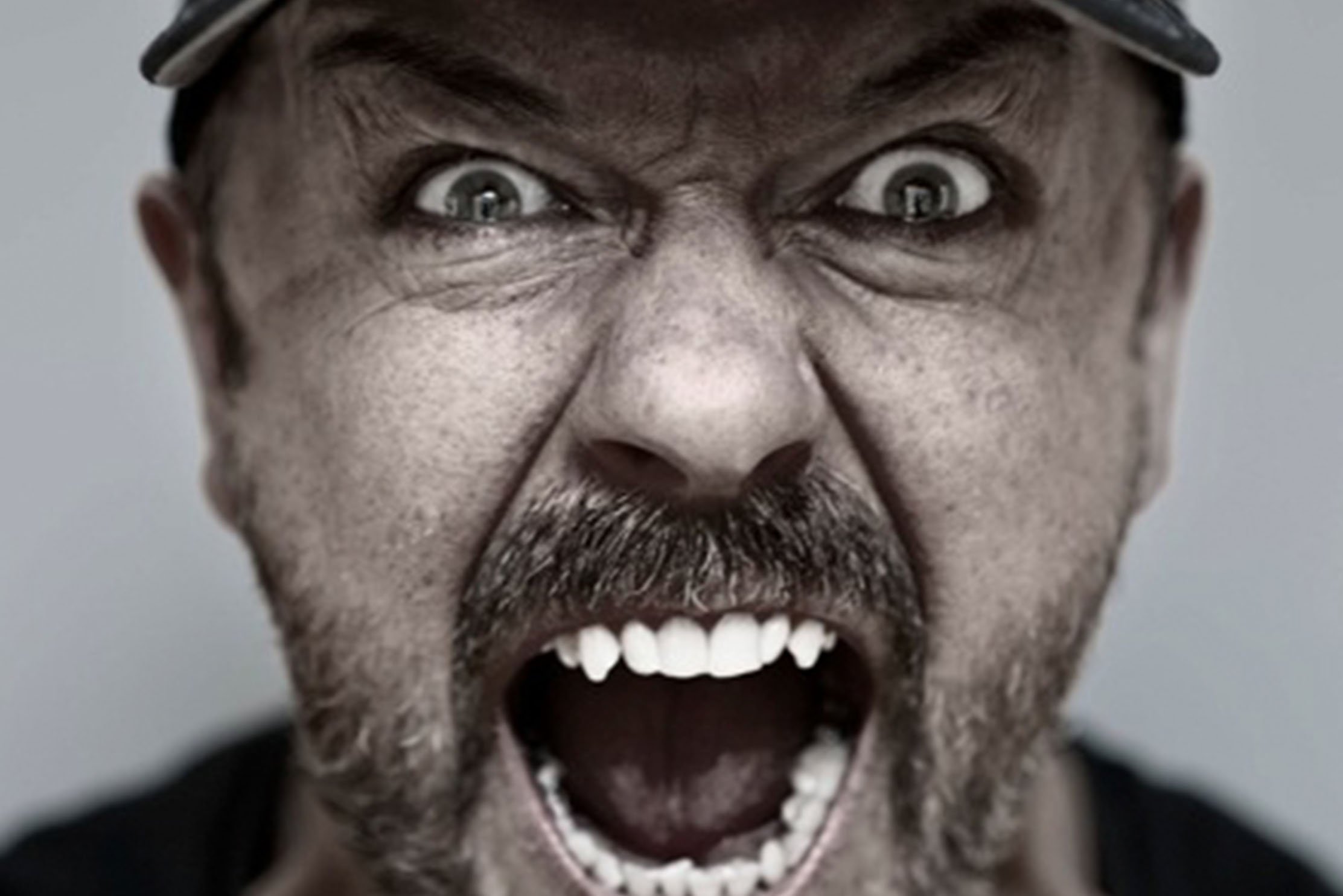 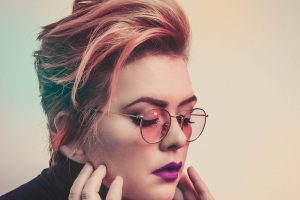 This year Adams will be riffling through all the noise and self-promotion and figure out what’s really going on in her five-star Edinburgh Fringe Show The Ballad of Kyle Jenner’s Old Face.

Putting the sequins and the showbiz in a box for now, Adams wants to get her serious black jumper on and save the world from eating itself up and down the country and she would love to see you there. This potential-filled, extravagant storyteller is one to take the world by storm, so don’t miss out on witnessing it happen. 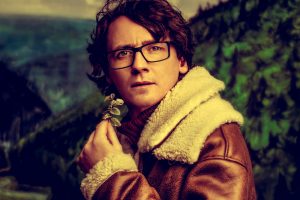 Join Byrne as he takes a long hard look at himself and tries to decide if he has any traits worth passing on to his children. He’s back to present his brand-new masterclass in observational comedy in his tour If I’m Honest. A TV household name, he has appeared on several of the nation’s most popular programmes including Top Gear, Mock the Week and Live at the Apollo. The Irish comedian has sold out multiple runs at the Edinburgh Fringe Shows and had a successful two-week slot at the Westend. 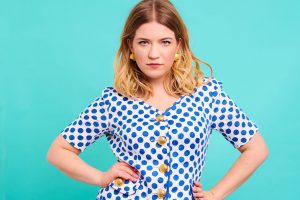 Koch will be embarking on a brand- new UK 2020 tour called If/Then. Fresh from her sell-out run with extra dates at the Edinburgh Fringe 2019, her new show see’s her telling an unorthodox love story in the form of computer science. In this feminist investigation, join Koch in finding out what happens when we can’t separate emotion and technology. She will teach you how to code and explore what happens when our expectations for romance and happiness no longer compute. 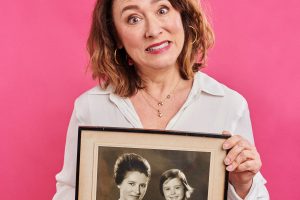 Come and experience the life of motherhood with Arabella Weir’s tales in Does My Mum Loom Big in This. From being a best-selling author to starring on The Fast Show, her brand-new show is for everyone who has a mum and everyone who has been a mum. This hair-raisingly funny performance will include true stories about her dysfunctional childhood and her life as a single mum.

A genuine embarrassment for her family, not to mention for herself, awfully funny and scarily honest. Head to Komedia for a life-lesson in maternal behaviour. 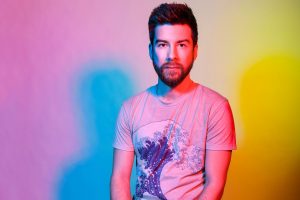 After having a critically-acclaimed season last year, Stott is delighted to announce he is back with his debut UK tour Right Hand Man. Following lifechanging surgery he now has toes for fingers on his left hand due to him being born with Poland Syndrome. In his unflinchingly honest show, he examines body image and being disabled in an image-obsessed world. He uses acidic punchlines to tell how he has coped with the hand life dealt him. This fast-paced romp draws humour from a topic we have been told wasn’t humorous. 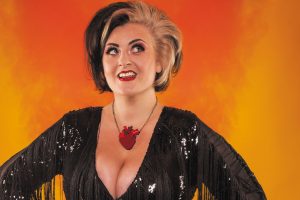 Multi-award-winning comedian Pritchard- McLean is back with her fourth full-length show Empathy Pains. She has tackled racism, sexism, and emotional abuse through previous shows, so what seemingly unfunny topic will she pick to turn into laughs this year? The shrinking size of Creme Eggs? Believing we will live in a world that lacks empathy, McLean is off to search for people who she struggles to empathise with. That’s right, her search history is full of criminals. So, come and see her make the impossible hilarious, or possibly get arrested. 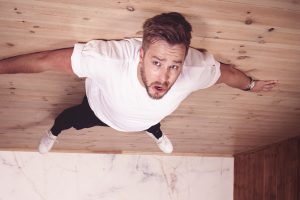 Do you ever wonder how people manage to be normal? Sterling does, he’s even gone and made a whole stand-up show about it. Join the man of comedy as he delves into his inability to function in most basic public settings in his newest show Failing Upwards. The iconic voice behind the UK show Love Island is here to discuss what pressures are given to society nowadays on how to ‘live your best life’ and what it really means to be ‘normal.’ 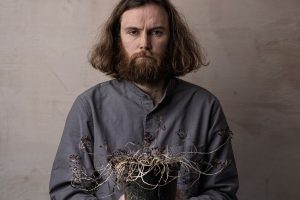 The Time Show is the latest comedy, spoken word show by writer and performer Auton. His show is currently touring all around the country until the end of March this year. Following from his critically acclaimed shows talking about hair, sleep, water, faces, the sky and the colour yellow called The Fringes Comedian Laureate, he now turns his attention to time. He is asking questions such as “What time is it?” and “What is it time”? So, take some time of your own to watch him at The Old Market to witness his hilarious originality and charming wit. 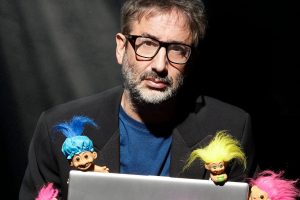 Known for his 1996 football anthem Three Lions, Baddiel returns to the stage with his one-man show Trolls: Not The Dolls. How does one deal with trolls and online abuse? It is usually to ignore them, not respond, not give in. Baddiel however, seems to break this rule, on purpose. Hecklers are common, but when a comedian faces them it is their duty to wittingly put them down, which Baddiel is dedicating this show to. So, join him on this twisted journey of the virtual underground. You’ll be soiled but you’ll be safe. 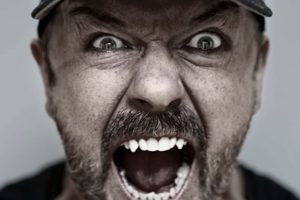 The one and only Ricky Gervais is back in Brighton, bringing his newest tour SuperNature to the South Coast. Considered one of the most influential comedians since Charlie Chaplin, this show is not one to be missed. Having won countless awards for his self-written TV series The Office and Extras, as well as his most recent Netflix series After Life, there’s no doubt he knows how to entertain. Guaranteed laughter and enjoyment, a globally successful comedian, don’t miss your chance to see Gervais live this March. 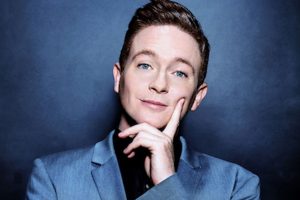 Bailey is heading back out on the road in spring 2020 with a hilarious all-new show Can’t Be Bothered. At a time where everyone is expected to have an opinion on everything, Bailey just can’t be bothered. He is taking a personal journey with this tour as he exposes what it’s like to be a woke comedian, but he’s still funny. There will be storytelling, inappropriate anecdotes and more sincerity than he ever dared have before. What more could you ask for really? 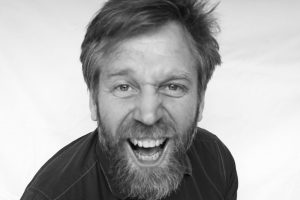 Having previously performed 15 other shows, his current one, Identifies, is set to be his best one yet. Throughout his career, Law has been known for his performances being full of postmodern nonsense, as well as his consistent 1950’s wardrobe and messy hair. He has appeared on several television shows including Have I Got News For You, Russell Howard’s Good News and Never Mind the Buzzcocks. His chosen charity is Teenage Cancer Trust, which he has performed for and supported for years now.